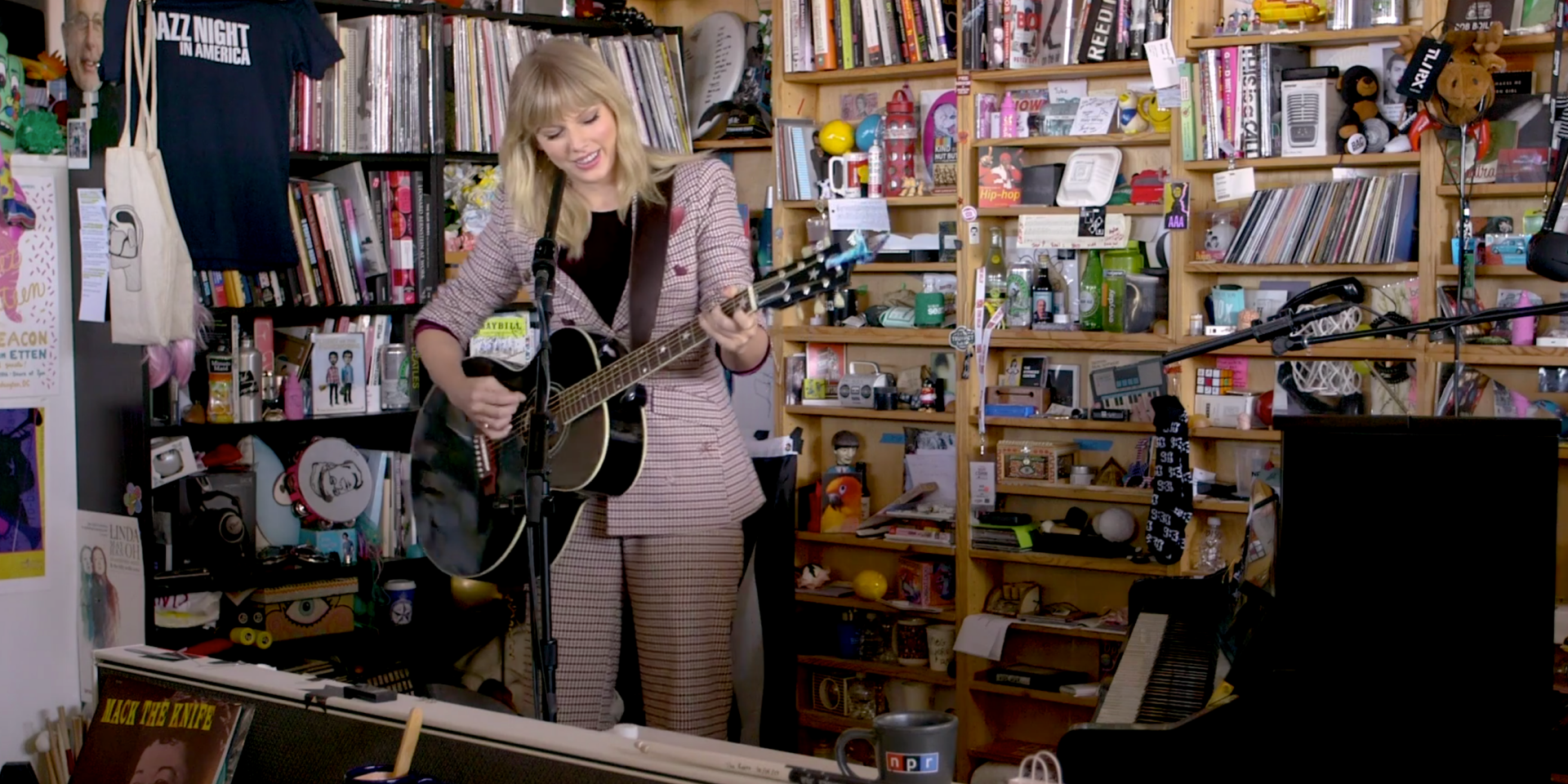 She performed 'The Man', 'Lover' and 'Death by a Thousand Cuts' off her latest album Lover and 'All Too Well' off her 2012 album Red. Throughout her set, she also spoke to the 300-plus people in the room with a refreshing candidness and familiarity, like how one would with an old friend, sharing the origins of each song she performed.

Explaining why she decided to present a stripped-down and intimate set, she said, "I just decided to take this as an opportunity to show you guys how the songs sounded when I first wrote them. I have this album that just came out called Lover. It's one of those albums where I wrote everything on one instrument first. It's really fun to pick songs to do acoustically because they all started out that way."