It’s the day after Taking Back Sunday’s concert here in Singapore and the band has just strolled into the private room where the interview is being held. We’re seated in a conference room that’s maybe taken the word “conference” a little too seriously, with the interviewers planted behind a line of tables, while the band is seated facing us about half a car’s length away. Frontman and vocalist Adam Lazzara takes stock of how stiff the setup is and pipes in with: “Woah hey, let’s move the chairs in a little closer and have a proper conversation.”

And so the tone is set for the rest of the interview, with Lazzara at ease in his chair and flanked by lead guitarist John Nolan, rhythm guitarist Eddie Reyes, bassist Shaun Cooper and drummer Mark O’Connell. The band is dressed in black tees and jeans, apart from Nolan, who's dressed down in a grey tee and berms. Lazzara teases: “Y’all are in luck today, cause John’s in vacation attire!”

Nolan looks sheepish as he explains he didn't realize they’d be taking photos while the rest of the band chuckle. It’s clear the band is at ease with each other with the banter flowing thick and fast. The mood is buoyant and for good reason; Taking Back Sunday just played to a 780-strong crowd the night before at *SCAPE Underground – the first time they’ve played in Singapore. 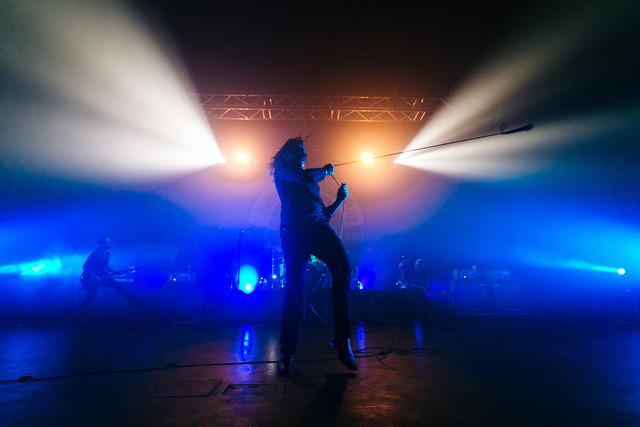 The band tore through popular hits such as A Decade Under The Influence, Liar (It Takes One to Know One), Number Five With A Bullet, 20/20 Surgery and fan favourites Cute Without the ‘E’ and MakeDamnSure. Lazzara’s stage presence was as eccentric as it always is, with him parading around the stage while swinging, throwing and strangling himself with the mic. A band major 15 years in training, who’s lost none of his swagger.

Speaking to the crowd with his Northern Carolina drawl, he continually emphasized, “how cool it was to be here” and the crowd reciprocated as much. It wasn’t lost on me though, how a majority of the crowd were present for the band’s older hits. The response to newer songs like Best Places, Faith (When I Let You Down) and Call Me In The Morning were much less emphatic.

So how is the band changing to help retain their old fans and yet keep improving as a band?

Lazzara said: I think that we write the same as we've always have - we've just gotten better at it. So it's not like a conscious decision to please a whole bunch of folks.”

“We don't really know what people like, so we're always just trying to make ourselves happy. I think that's always been the goal, to do something that we're happy with, and then we hope other people like it,” Nolan adds.

“Well I think the five of us are always trying to reinvent what Taking Back Sunday is, and I feel like that’s something that we've done with Happiness Is and I'm just excited for people to have it in their hand's y'know, or in their ears rather,” Lazzara said. The band has undergone a lot of transformation - that much is clear - though sonically not much has changed. Lazzara clarified what he meant by “reinvent”:

“We're a much better band and we're a lot more comfortable both with ourselves, each other and our strengths and weaknesses and things like that. It's an ever-evolving thing but for right now, that's what we are.” Nolan chimed in with his thoughts as well: “I think there's also a natural progression from the self-titled album to Happiness Is… I feel like it seems like looking back on it now, a logical step forward.” 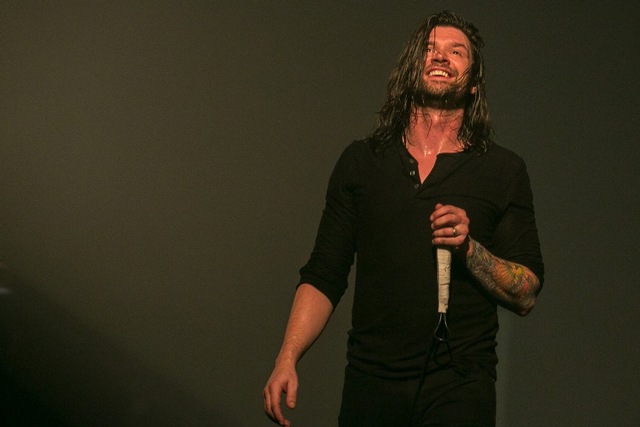 Cooper also points out that the band has had more than two years to work on the record, to really refine it. “Compared to the self-titled record, we only had a few months to get the songs together after John and I came back to the band so I feel like the songs could've been stronger if we had more time. I feel that we've had that luxury on this record,” he said.

A luxury that many will have hoped has been fully maximized, given that the main critiques of the ST was it often sounded disjointed and rushed. The band has been on the road a lot and as such, many of the songs were written in a variety of locations, which even the band admitted led them to worry about how “cohesive” Happiness Is would sound. Lazzara conceded: “We were really worried about making the end product sound cohesive, but then it just sounds… it listens down really well. You can't tell who produced which song, coming in just as a listener. “Yeah it worked out, I think we kinda got lucky though,” Nolan laughs.

Thankfully enough for the band, as time has passed and they’ve settled down with their families, they’re able to empathize with each other better, rather than partying all the time.

Cooper said, “It started dwindling down before the kids, y'know just getting older and being on the road for so long, so many years… It gets old a lil' bit? You don't wanna wake up every morning with a hangover. So you can kinda pick your spots so you can party when you have friends in town. It's nice to wake up early and get on the phone with your wife and get on some Facetime with the kids and stuff. It's nice that we all know what each other's going through.”

The last line gets an echo of “yeahs” from the whole band. The band is slowing down and having been in the scene for such a long time, seen the changes that music has undergone thanks to the Internet. 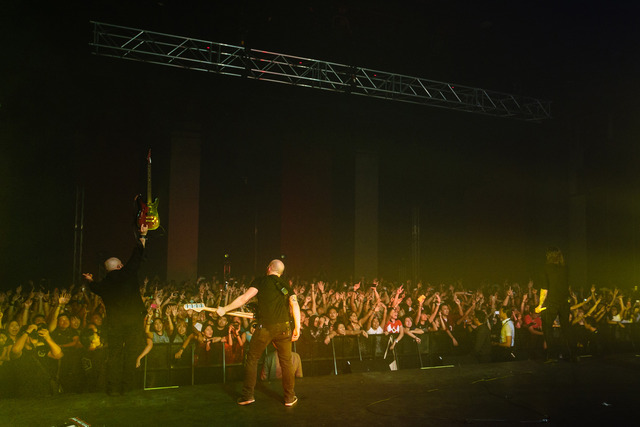 Lazzara recounts, “When we started Facebook wasn't even a thing yet and we were using Myspace and Friendster and stuff. You could definitely feel that there were more people hearing about us through those Internet sites. So now I guess it's just, that information just travels to a lot of people much faster.” Cooper pipes in, “It's nice having that instant access to everyone. I think we have like a million likes or something on Facebook? So it's just crazy to have that kind of reach. I remember when the band first started we had this website that just kinda sat there and didn't get updated too often. No one would know it was there unless we went out and told people in real life; give out business cards or something like that. It's really cool to have that.”

On the other hand, Nolan remained undecided if the added reach the Internet gave to bands remains more of a good than bad thing. He said, “It's hard to say if there's more pros or cons. It's easier to reach all those people with your band but that also means it seems like there's a lot more bands. It's a lot easier for a band to get noticed so it seems like there's a lot more competition. Even that is I think a good and bad thing at the same time.”

An interesting point indeed, though if the band’s feeling the heat, it might just be the catalyst to spur them on to their next great record. Your move, TBS.