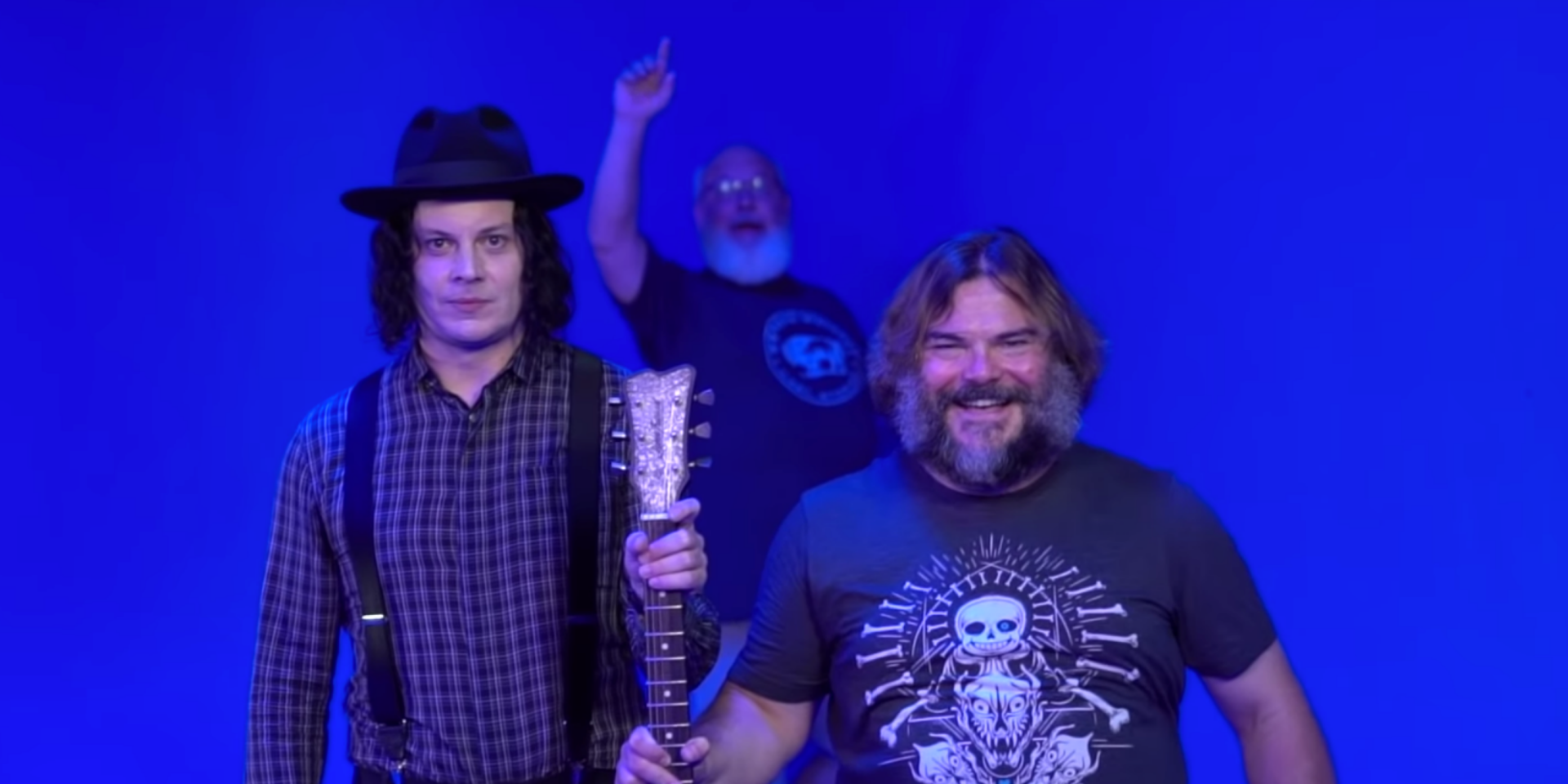 "This is a legendary collab", says Tenacious D frontman Jack Black of his band's partnership with Jack White, captured on video and shared with the world, under the awesome title 'Jack Gray'.

In the hugely entertaining 17-minute video, Black and Kyle Gass get up to a whole lot of things, including visiting White's fabled Third Man Records stronghold in Nashville, Tennessee, where they record music with him. En route to White's house, Black looks straight at the camera and addresses the viewer, stating that Gass and him have been working on a song that isn't quite done yet and that White will help them "pull it over the finish line".

More information on the exact nature of the collab, including a full piece of music, is forthcoming.