Yes, we admit we're a little late on this but we can't miss out listing the albums we're itching to listen to this year. Exciting times are ahead for Singapore's music scene — with considerable slots in big indie festivals like Laneway Festival and The Gathering, along with conceptual shows like Getai Electronica and Sound of Feeling. While we're not making any grand statement about the scene going places, we're happy to see more people aware of the great bands we have.

This year, the list is delightfully promising. We've got upcoming releases by experimental singer-songwriters Charlie Lim and These Brittle Bones all firmed up. Cinematic post-rock group In Each Hand a Cutlass are putting the finishing touches with some help all the way from the US while introspective folk project Hanging Up the Moon preps the release of Immaterial. And as always, a number of these involve Leonard Soosay — a tireless production machine. He should get an award.

If you're an avid follower of the bands here, get ready to spazz out. If you're new to Singapore's music scene, well, let us take you through the albums you should patiently wait for. Please know that these albums aren't the only albums we're looking forward to, just the ones we're most excited about. 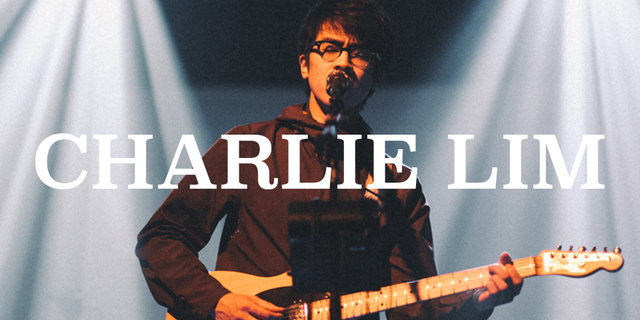 Gifted singer-songwriter Charlie Lim, now backed by an equally-talented band The Mothership, is set to release Time and Space — a conceptual project divided by two distinct styles that he tackles with his songs. He says in our feature article about him, “The focus of Time revolves around the whole singer-songwriter thing, so I guess it’s a lot more folksy and narrative-driven, accompanied by more traditional instrumentation. Space will be a little less linear, and more about experimenting with electronic beats, synthesis, effects and sample-based music.”

While Time will showcase Charlie Lim in familiar territory, Space is definitely the more intriguing half — 'Conspiracy', the first track released off Space, contains the intimacy of his usual work but with pulsating beats and lively synths. It's been a long time coming since his last EP anyway, released back in 2011. Time and Space should see the light of day by the end of 2015's first half. 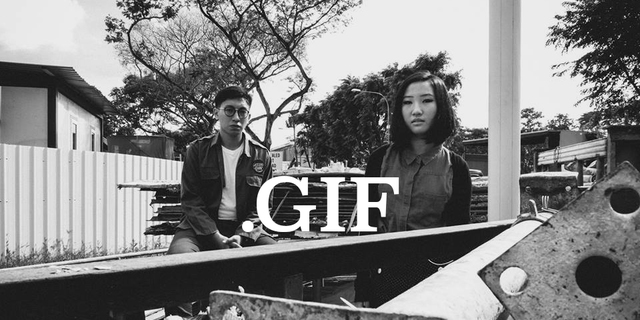 Aye, the past few months have belonged to the acclaimed duo — made up of Weish (vocals/synths) and Din (synths/beats/production). Following a string of gigs that included a slot at Laneway and Getai Electronica as highlights, not to mention a recent remix album, they're in the midst of preparing their much-anticipated debut record.

Having already debuted new material during their Laneway set, it looks like things are already shaping up for the untitled album although they'll be bringing back Syndicate producer Jason Tan to give them a helping hand. There's no concrete release date but we can confirm they'll be re-recording two early tracks, 'Juvenile' and 'Song Six', both of which Din promises to "sound darker and bigger than the demos/versions that we've released". They'll also be collaborating with mysterious artist Mean on one track and another they're keeping mum for now. 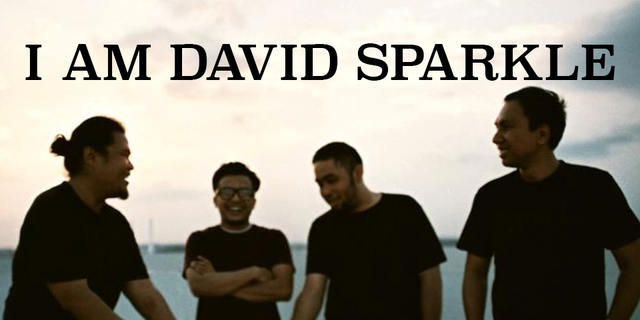 While we've been aching to hear any new material from the elusive quartet since their last album Swords in 2010, it looks like 2015 may just be I Am David Sparkle's big return — a perfect time to refresh our minds with their destructive brew of post-rock, shoegaze and doom metal.

Currently scheduled in the works is the 10th anniversary reissue of their debut EP Apocalypse of the Heart on good ol' vinyl. What we're really excited about is their third studio album, tentatively titled Art is Blood which promises to be as gargantuan and ominous as you can expect from a title like that. It'll also run at a colossal 80 mins so be prepared to set aside some time to absorb the entire thing. Here's the first teaser: 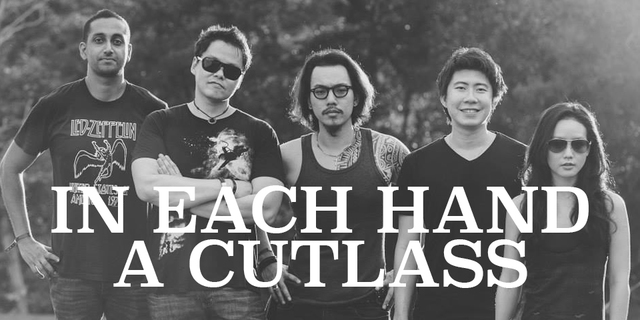 Four years after the sprawling, stormy debut album A Universe Made of Strings, In Each Hand A Cutlass is back. One of the best prog/post-rock bands Singapore has to offer, the five-piece instrumental outfit comprises stalwarts of the local music scene such as ex-Electrico members Daniel Sassoon (guitars) and Amanda Ling (keyboards) and multi-instrumentalist Nelson Tan (bass).

The Kraken, their second album due to be unleashed in April, looks set to conjure up more turbulent seascapes in an even more monstrous and mythic fashion — some song titles confirmed are 'The Deep' and 'Heracleion', which Google tells us is an ancient Egyptian underwater city. Veteran US producer Brad Wood (Smashing Pumpkins, Sunny Day Real Estate) has been entrusted with IEHAC's second album, with mastering done by Emily Lazar in New York. We've also gotten word that the band will celebrate the release of The Kraken with an album launch show for the Late Night @ Esplanade series on April 24. Keep that date marked! 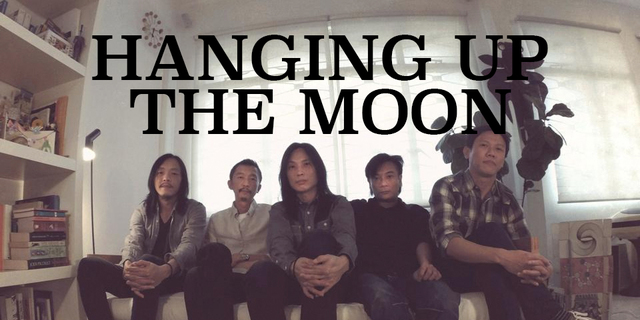 After the release of the exquisite record The Biggest Lie in the World back in 2013, Hanging Up the Moon have been hard at work to release their third album Immaterial. Originating as the solo project of one Sean Lam, a former member of defunct rock band Concave Scream, he's been able to achieve his brand of layered and delicate folk music with the help of some co-conspirators in the form of Alexius Cai, Dean Aziz, Victor Low and Leslie Low — also known as the venerable frontman of art-rock group The Observatory.

If any of the new material they performed at Laneway this year is anything to go by, we should be looking at an album with a greatly developed sound and even more mature instrumentation. Find out what the band has to say about the various records that shaped them over the years too. 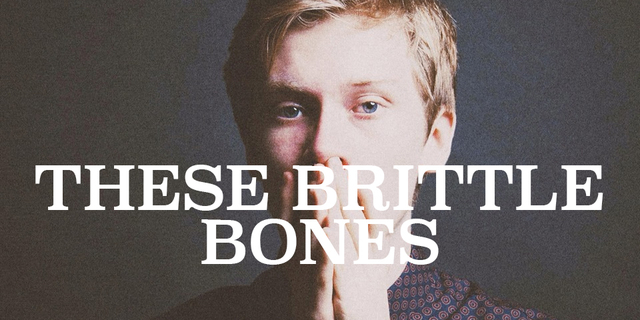 To the outsider, it seems These Brittle Bones has long been an exercise in duality just like his contemporary Charlie Lim. Chris Jones balances his youth (he's only 15) with calm maturity, travels between Singapore and his hometown in Wales, and explores both darkness and light in his haunting, piano-driven music. His new EP, Hiraeth, continues this trajectory – split into two parts, the bedroom and the studio, it is being released track by track on Spotify.

Named for an untranslatable Welsh word that indicates a longing for what one has never experienced, so far Hiraeth sees Jones toying more with space and ambience than in his previous singles. Part 1 is currently available on Spotify while the entire project will be out in full on February 24. Check out our interview with Jones about Hiraeth! 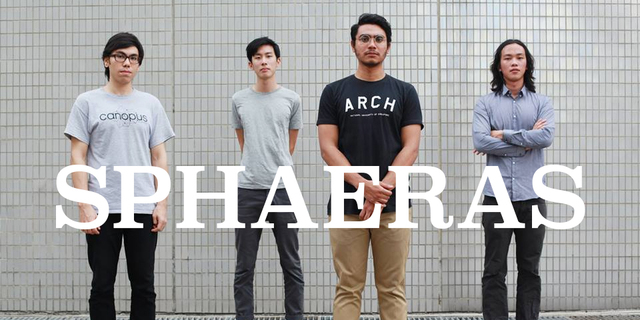 One of the newer bands to gain a fruitful 2014 with constant shows around the island, they've taken the giant leap to record an entire debut album despite not having an EP or single available. It's a bold move but it looks like they know what they're doing, especially under the masterful supervision of producer Leonard Soosay. For a band that steadfastly refuses to be pigeonholed by a genre, it's not entirely out of the ordinary.

They also prefer to improvise as they write and record. We're just hoping we get to hear some of the stuff they've already been performing — songs that are majestic in their reverb but driven by incredibly focused instrumentation. 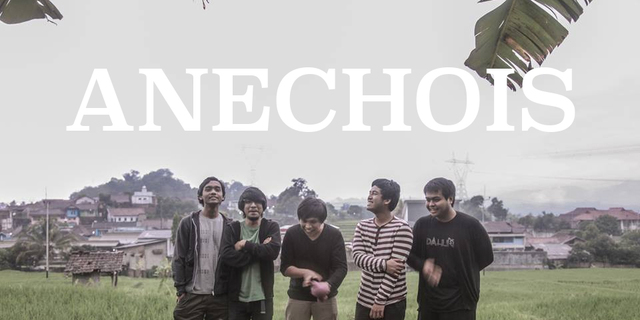 We've been fans of the group since we started the site and with great reason — their knack for crafting elegant melodies within complex prog-rock structures has only gotten better since releasing the excellent EP Circles last year. While they've always been primarily self-reliant by mixing, mastering and producing themselves, they'll be enlisting producer Leonard Soosay to help properly record drums — a difficult feat in itself — to provide the band an even fuller backing than usual.

Don't expect the album to be out anytime soon, sadly. According to keyboardist Firdhauz Asyraft, "We don't have any themes or concept yet for the album though. Just that we want to get out of that claustrophobic feel of our past releases." A few songs have already been recorded so that's a little sliver of good news. 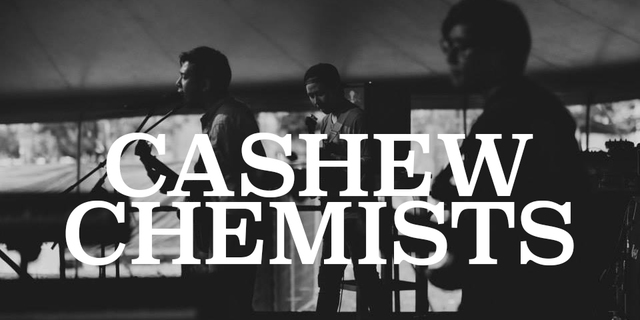 They've only got a six-track EP and a single to their name but a cheeky, laid-back demeanour, a knack for sunny, surfy melodies and conscientious gigging have endeared Cashew Chemists greatly to the local scene. After releasing their self-titled debut EP in 2013 which contained future classics like 'Not In Love' and 'Over You', the boys from Cashew Road will return with new material this year.

The band has been playing unreleased songs live for a while (such as the ballad 'Sleepwalk' which has been floating around since 2013 and was released for free download last October) and teased 15 seconds of a rollicking, Elvis-referencing tune on Instagram on Christmas Eve. They're currently scheduling their debut album to be released sometime in the third quarter of the year, with guitarist Brian Chia returning from overseas studies to help finish songwriting. Whatever they have up their lab coat sleeves, we can't wait. 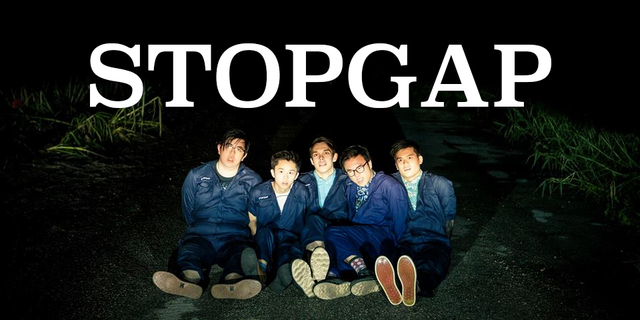 Known for their jovial, even goofy stage presence as much as their catchy anthems, Stopgap are also a bunch of hard-working lads — recording and mixing their upcoming album, tentatively titled STPGPLP, entirely by themselves with Saiful Idris of longtime indie rock band The Great Spy Experiment will be producing.

Also forgoing an EP release like Sphaeras, STPGPLP will be a 10-track album that should be out sometime in July. No singles or any previews yet but we're expecting the same kind of danceable post-punk we've grown to love by them.