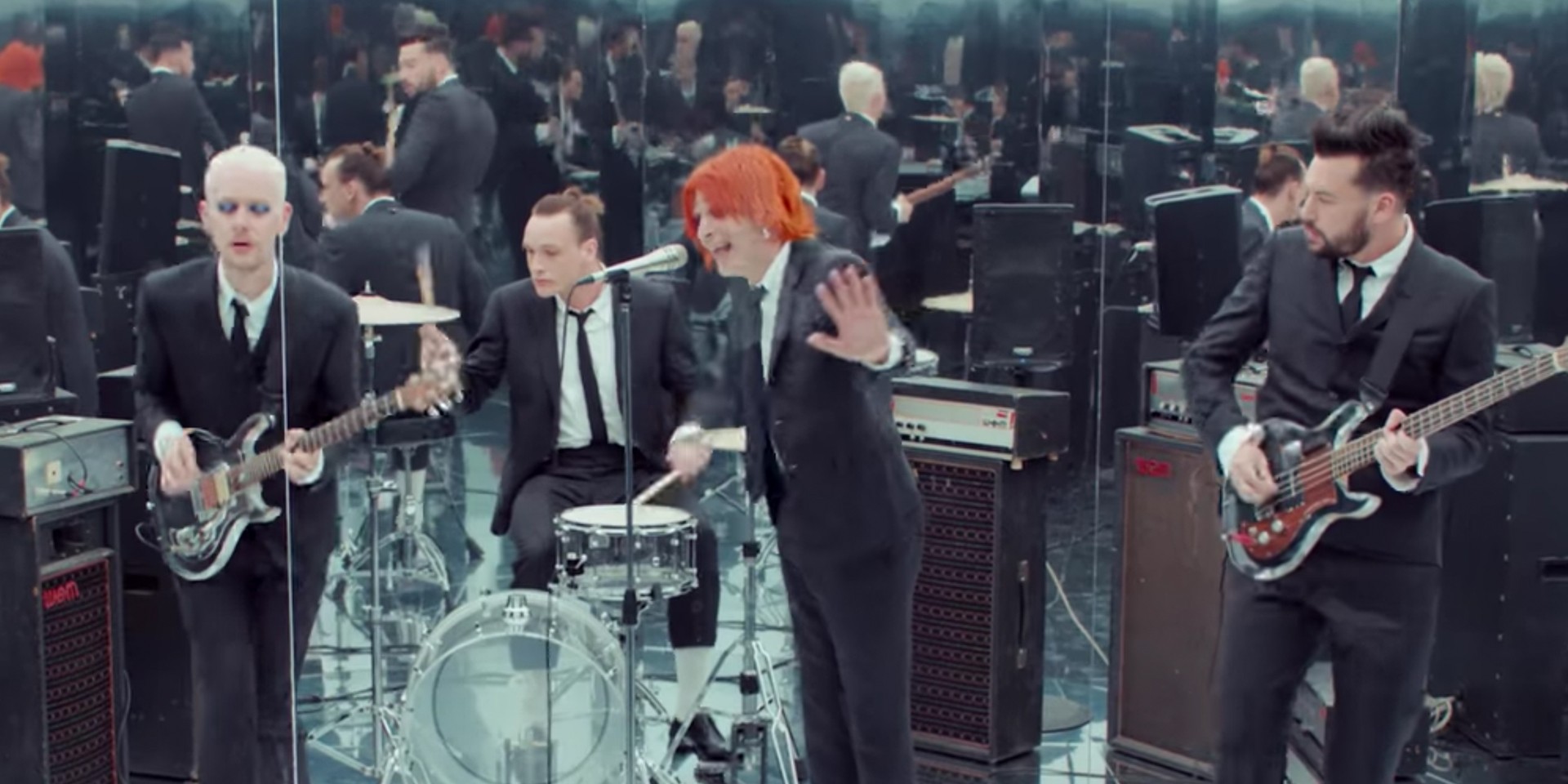 The 1975 – led by Matt Healy – broke through in 2016 with their second album (take a breath here) I Like It When You Sleep, for You Are So Beautiful yet So Unaware of It. They've been teasing new music for a while, and have finally delivered with the left-turn 'Give Yourself a Try'.

Fans have been delighting in Healy's new Hayley Williams-esque haircut and the way the Diane Martel-directed video evokes My Chemical Romance, but the song itself, as something decidedly less smooth and shiny than the previous material that catapulted them to fame, is more polarising.

According to Stereogum, on an interview with Annie Mac on BBC Radio 1 the band revealed that they would be releasing not one but two albums in the coming months: one titled A Brief Inquiry Into Online Relationships out in October, and another release in May next year, which they revealed in another interview would be titled Notes on a Conditional Form.