Trivia: In Sweden, people have lunchtime discos and daytime raves, forgoing their leisure lunch breaks and al-desko dining. Bah, but none of that here at The Pump Room, we’ll stick to nighttime festivities. It is after dark, close to 3am and the glow in the dark themed party is still ongoing. 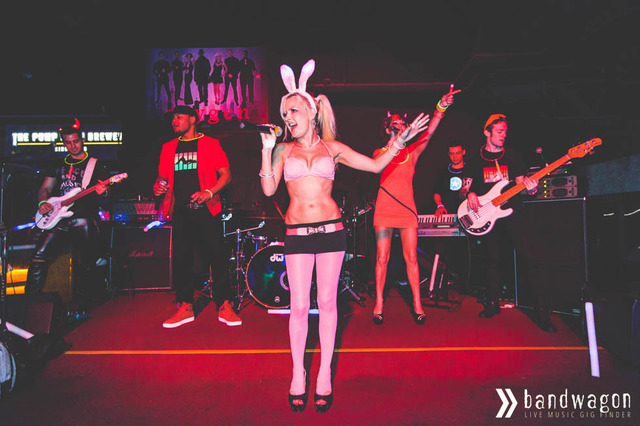 Enter the premises and immediately you see glow sticks hanging from the bar like bauble, glowy snap-on bracelets and accessories, lighted up devil horns, none of that grade school glow in the dark planet paraphernalia. Sponsored by Absolut Elyx, drinks were a-flowing all night long as the fabulous house band Oxygen (in full costume) provided musical entertainment. Their bag of songs covered everything from Outkast to Gloria Estefan to rap so there’s something for everyone.

I’m a little apprehensive when it comes to dancing in public places and this place… I’m not going to even try. With a salsa dancer on the Bandwagon team and several other all-right dancers, I was the least talented in the medium of dance. But like I said, there’s something for everyone and after some beer and the band starting on “Hey Ya”, heck if you can’t beat ‘em, join ‘em. 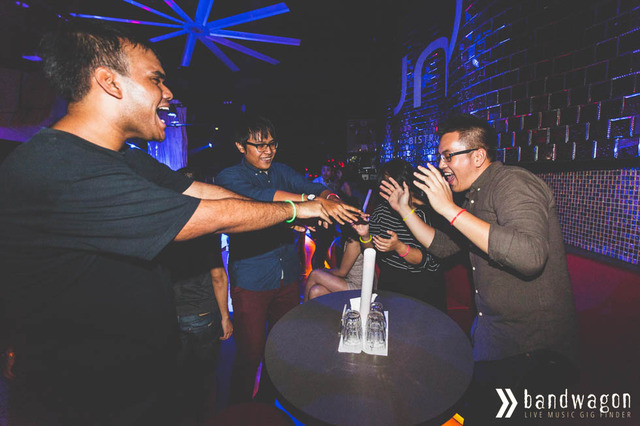 It is way past 2am but Clarke Quay was no where close to bedtime. Before I leave, get up for another round of bad dancing (that’s just me) and take in the surroundings again: the dancefloor, some awkward introduction-making, skimpy clothes, bartenders working like clockwork, some awful dancing going on the podium, and happy people. Say what you want about tacky themed parties, people will still be having fun till late. I have no doubt I sort of did as well. 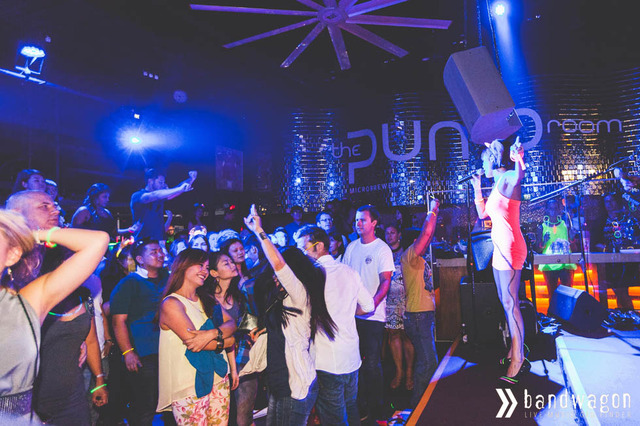 Check out photos from the night HERE!