It's a deep, sinking hole you can step into once you've bought your first pair of good headphones, as good as your pair may seem now.

Contentment isn't a word you would usually associate with audiophiles, and with good reason. It's why the personal audio industry still thrives despite the staggering amount of good quality speakers, headphones and earphones over the decades.

It might just be a quest to develop the perfect sound signature or the most innovative product, but it has also resulted in an expanded market, with a huge variety of products to fit different target audiences.

Want a strong bass-heavy pair of headphones? There are about ten different pairs of headphones waiting for you that aren't Beats. Want something more in-your-face with clarity for home use? Let someone impart unto you the gospel of Grados.

And, of course, despite it being a seasoned audiophile's game, there has also been a bounty of wonderfully-sounding earphones designed for smaller budgets. A company getting into this game is Lend Me UR Ears.

Founded by former student and audiophile Teo Shi Jie, Lend Me UR Ears (LMUE) was started in reaction to the influx of impressively engineered budget earphones from China.

"Back then, earphones targeted at audiophiles lacked variety and were expensive," Teo explains. "At the same time, audiophile brands from China were producing increasingly affordable earphones, but they were overlooked as many of them could only communicate in Chinese."

As he realized the potential these earphones could have in an international market, he began LMUE five years ago as an online retailer. And as his base of customers grew, the business gradually helped him understand the needs of a young demographic searching for good quality earphones on a budget.

In 2016, Lend Me UR Ears introduced the Alpha & Delta D2, the second in an ongoing line of earphones made by the company.

It retails at a much lower price than the Alpha & Delta AD01, which instead costs SG$130 and features two drivers in each earpiece — most consumer earphones contain single drivers — along with detachable cables. The shop's earphone catalogue goes all the way up to the Fidue Sirius A91, which costs a hefty SG$1,220. 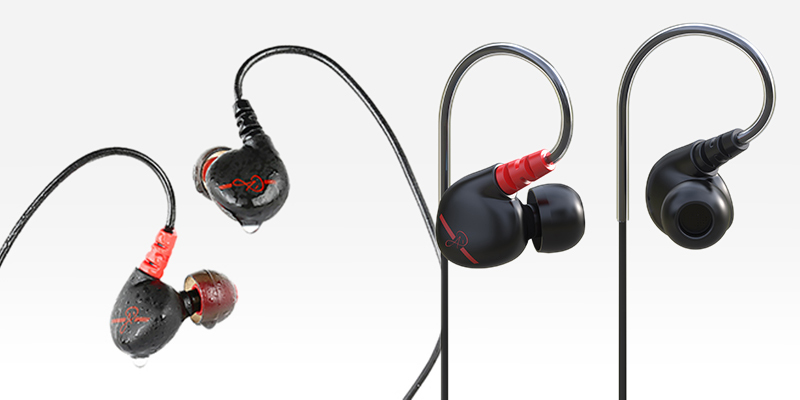 But while the D2 is a lot simpler by design, it's also a shocking steal at its price, with fun, dynamic sound and a sturdy sweat-resistant build.

Yes, for a retail price of SG$35, Lend Me UR Ears have achieved the kind of earphones Teo dreamt of since he began the company. A unique pair suitable for music lovers surviving both Singapore's tough economy and unforgiving humidity, the D2 is surprisingly versatile.

While its sound signature may be a bit too coloured for studio professionals and fans of flat EQ, it offers monstrous sound that can beat earphones more than twice its price.

The D2 was specifically conceived as a budget-friendly option for music lovers, and also a gateway for potential audiophiles. "The sound quality of earphones is dependent on two factors: sound tuning and high-quality drivers," Teo explains. "Such quality drivers can easily cost up to US$20-40 per pair."

With drivers in the D2 tuned to their standards, LMUE utilised durable material that would still fit its current price point.

"We wanted to build something that can withstand constant abuse, as we see the D2 as a pair of earphones that can be used on the go," Teo explains. "Thus, we insist on using durable rubber material and cable materials as these contribute to the longevity of the product."

By selling the product directly to consumers online, and at their current storefront in The Adelphi, they've been able to maintain its low price. They're already working on earphones that could possibly perform better than the D2 at a similarly attainable price range. 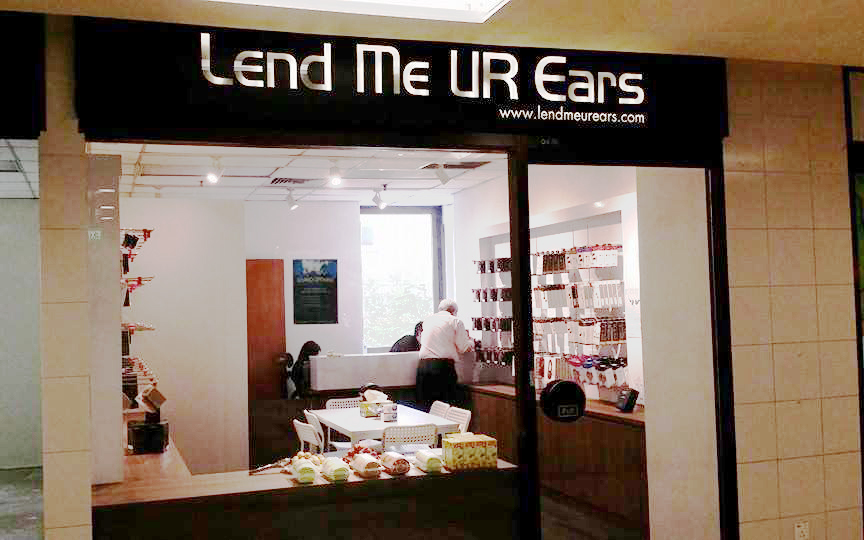 Lend Me UR Ears' current headquarters in The Adelphi, which they've maintained since 2015.

Teo still advocates investing in pricier models if you can afford them, and he also warns against certain budget earphones with tempting value.

"Do make sure that you audition the earphones extensively and check if there is a warranty for the earphones," he says. "Consequently, consumers who intend to save money by buying a pair of budget earphones may end up paying more if their earphones break down often and they have to purchase a replacement."

Considering D2's affordable price point, its durability is a huge step above the crop of sub-$50 earphones and performs wonderfully in the face of $100 beasts.

But while it does show its flaws if you're a seasoned audiophile — it might be a bit too bass-heavy for some, and not transparent enough for listeners wanting crystal-clear vocals — they exemplify LMUE's risky but rare balancing act: looking out for the budgeted consumers as much as they do for demanding audiophiles.

In the competitive and intimidating world of personal audio, maybe that's all you can hope for in search of good sound.

Lend Me UR Ears are currently running an extensive sale on their official website. Purchase the Alpha & Delta D2 and other earphones here.