Not being well acquainted with the Japanese rock scene, and feeling a little guilty about it, I went to One Ok Rock’s concert on Friday night after hearing many good (and suspiciously biased) things about them from a good friend. To me J-Rock has always an extremely niche genre of music that appeals to a specific market. I changed my mind that night, I changed my mind a lot of times that night.

Entering the concert arena early in the evening, I had the initial privilege of standing right in front of the stage, much to the chagrin of the many fans that queued overnight. I was feeling pretty pleased with myself, till the hoard of screaming girls and some boys running towards me shortly after changed my mind. "Excuse me, would you mind holding my banner since you're right in front? And don't mind me swinging my (purple and pink) hair later, cause I fully intend to do that." a teenage fan informed me. That was when I promptly gave up my spot to her, knowing that I did the right thing as it probably meant way more to her than it did to me. 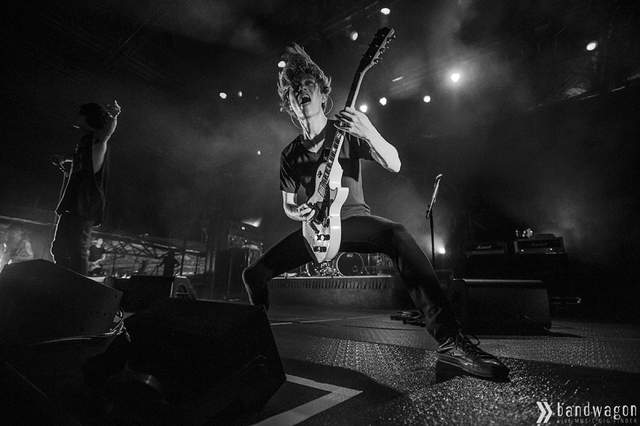 If that was any indication as to how crazy but at the same time somewhat admirable and tenacious their fans were, it should have given me some insight into how influential and charismatic the band was. And they were. Starting rather promptly at a quarter past eight, One OK Rock leapt onto stage with their signature introduction tune 'Where Idiot Should Go' before transitioning into an explosive rendition of 'Ending Story'. The crowd didn’t need warming up as they immediately started singing, dancing and head-banging to the music. And even though there were relatively fewer fans as compared to other sell-out concerts, they made up for it in spades in energy and support, something the band clearly appreciated.

Immediately one could tell that the four-piece band, consisting of frontman Taka, lead guitarist Toru, bassist Ryota, and drummer Tomoya, were extremely experienced, and they knew how to work a crowd. Constantly engaging their fans, one of the things that stood out was the passion on their faces when they played their music. And their fans felt it too. The energy in the crowd was invigorating to say the least. Debunking the myth that rock is an exclusive genre, or any kind of stereotype that I once had associated with J-Rock, I realized that they were just a band committed to good old-fashioned music. In my opinion, they perfected the balance of heavy and light, there were some songs that were mind-numbingly intense, and some that showed their softer side. Some which involved more falsetto and screaming, and others that were mellower and contemplative. 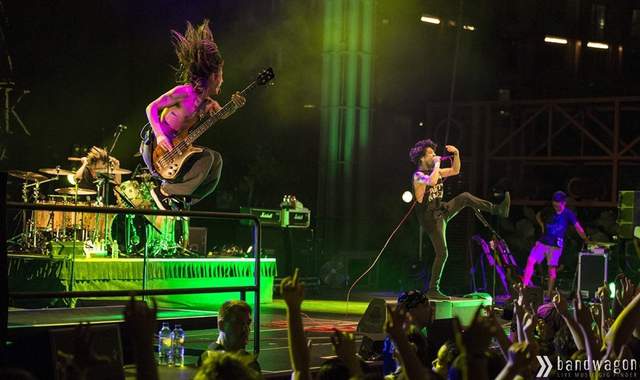 I was particularly impressed with how they transitioned smoothly from Japanese to English and then back to Japanese again. And even though I could not understand some of the lyrics, I felt that that did not take anything away from the song or the performance. I was left wishing that they did a longer acoustic set, after being smitten by Taka’s range and his amazingly talented singing. Coming off the back of their latest album Jinsei Boku (which in English means “life times me equals”), J-Rock’s best kept secret (at least in this part of the world) ended off their performance with one of their most famous songs to date 'The Beginning', made popular by the 2012 live action movie adaptation of the Rurouni Kenshin manga. It was a fitting end to a wonderful concert, and one could tell that the crowd was waiting for the band to play this song the whole night. Both powerful yet introspective, the band did not disappoint, throwing in their all for a powerful closing number.

Returning for an encore with a rendition of the ballad 'Wherever You Are', a song Taka wrote for his friend’s wedding, and personally one of my favourites of the night, Taka’s promise of always making the fans smile wherever they were resonated within them, ending the concert on a high.

“We’re born in different parts of the world, but music brought us together, and that makes us so excited,” said the band. And that’s how the fans felt - so excited, so blessed, and so glad that One OK Rock came and left them with such a heartfelt performance, two years in a row. Here’s hoping for a third. 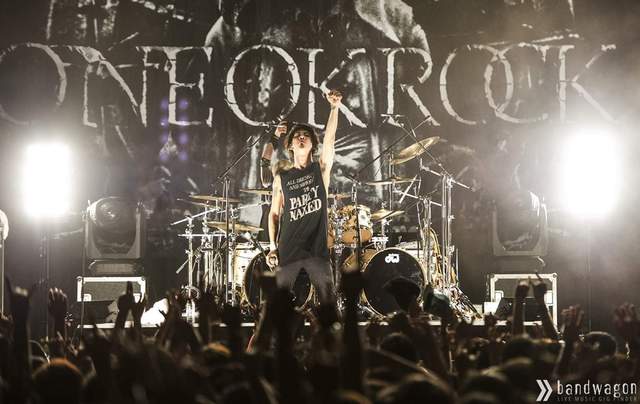