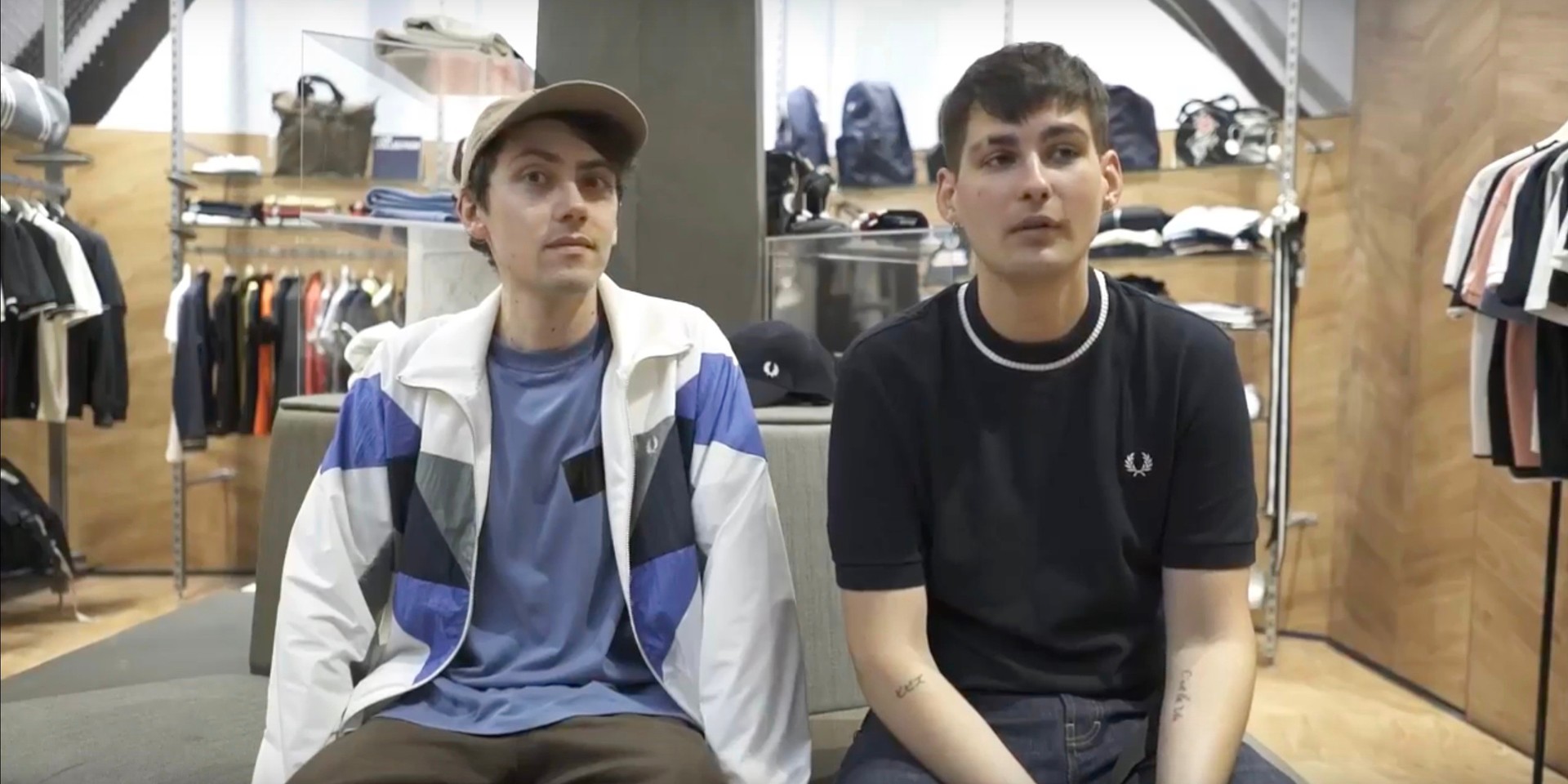 The Bilinda Butchers are self-professed nerds, and they're proud of it.

Hailing from San Francisco, the shoegaze pop act grew up with their nerdiness standing in the way of them becoming involved in sports. Instead they surrounded themselves with all things good--anime, movies, and video games--and it all goes back to their shyness that led to their wanting to create music. They've since grown out of their cocoons and began releasing records that would soon become soundtracks for other nerdy kids who just might be on the same path towards creating their our sounds.

Ahead of their first Manila show at Fred Perry's Subculture Live series, Bandwagon sat down with Michal Kepsky, Lukas Untersteiner, Adam Honingford, and Brock Lowry to talk about how their past Asia tour inspired new material for their upcoming album, if being a nerd has anything to do with being in a band, and the kinds of music they (don't) listen to.

How's the tour been treating you?

Michal Kepsky: It's been great, except for not sleeping. It's our second time being here in Asia, so the first time we came, we did mostly China. This is the first time we've been here in Manila--in the Philippines in general. Last time, we didn't know what to expect and this time we were a little bit more prepared. I think it's a little bit different.

Adam Honingford: We're having a lot of fun. It's been really great.

You have an entire album dedicated to a Japanese story. Have you found anything from visiting other Asian countries that would inspire future material?

Michal: Yeah, definitely. We're finishing a new album right now that's basically about our first trip to China. China, we didn't really know anything about it, and when we got there, it's like, super rich in culture and super different from America. It's like, there's no rules. The rules--I don't know. It has this very Wild West feel to it, because we're on tour, you end up staying up real late drinking and doing all this stuff. It's kind of just really about that. It's a little bit less lucid. I think that when we did Heaven, it was really ambitious. I really wanted to make the sound this really big world, the songs lived in, and it was a little kind of too much for us to handle. So I wanted to kind of pull it back a little.

Adam: I think the last record was very specifically conceptual and the new one is more abstract.

Brock Lowry: The last record had a really specific story. It was the definition of a concept album. Because it was programmed music. The next record is more impression.

Adam: The last tour was so good in China, like for our spiritual health as a band. The whole record came about because we were reinvigorated by that tour.

Michal: I think the goal was to capture a sound and like a vibe. More so than like, telling some kind of story. We're huge fans of Wong Kar-wai, this Hong Kong director and his movies are super cinematic and dramatic and really romantic, and I think it's kind of more like just trying to capture that spirit in this record.

You mentioned that you're huge nerds in school, right?

A lot of band guys who do music full time now were actually huge nerds in school. Do you think being a nerd has anything to do it? Like, Korn for example. They were nerds in high school and then turned out to be such a huge metal band.

Michal: Yeah, yeah. I mean I think for me personally, I've always had this complex with wanting to be really cool, but also not wanting to sacrificing any of the things that I like. I always wanted to be a really cool nerd, so I was like hyper-focused on extreme details in video games and like, movies and stuff like that, but be recognized as cool for it. I had a really rocky childhood. My family life was not stable, and because of that, I just wanted to do something really cool that was comparable to the things I like, like video games. That's why I'm so attracted to movies and I try to correlate movies to our music, because I just wanted to make me feel a certain way. You know, dramatic.

Adam: You know, nerdiness is an abstract concept. To me, it's kind of like being shy and isolating yourself. You hang out in your room all day. You watch movies. You listen to music, and eventually start to make music or whatever. Being okay with spending time alone and being creative are complementary.

Michal: Most of the time, it would be me and him. And we'd be playing video games all day and just start playing guitar. Then eventually something happened.

Brock: I feel like nowadays, the line between nerdiness and coolness is very much more blurry than it used to be. What's traditionally thought of as nerdy culture is completely reaching the highest things of coolness. Like every clout rapper is obsessed with anime now. But that's now. When I was in school, if you're not good enough in sports, you have to do something else. And something else is, if you still kind of want to be cool, the only cool thing you can do is be in a band.

What kind of music have you guys been listening to lately, particularly from Asian bands?

Adam: We heard a lot of new stuff on this tour--city pop.

Michal: I've exclusively been listening to techno and electronic music. There's this dude Shinichi Atobe, who's like this techno guy who did a record long ago and it got re-released. It's essentially lo-fi, house, and techno music. Almost ambient with a house beat over it, instrumental, that kind of thing. Yeah, I don't know. I don't listen to music.

Actually that's a thing I noticed with musicians, since it's kind of your job to make music, so you don't really listen to it.

Michal: Yeah, I listen to my music a lot. Too much. I shouldn't even say that, 'cause I listen to it so much. Most of the time, I just like listening to stuff I don't have to pay attention to. I listen to a lot of lounge mixes and ambient and stuff like that. I don't listen to shoegaze, dream pop at all. I think my music taste personally is completely different from what we make, like a hundred percent. I think people are very disappointed in me when they hear that (laughs). They go, "Have you heard this guy?" And I'm like, "Nope."

Adam: I'm just thinking Lamp. On this tour, the band we're playing with in Tokyo, they're like friends of ours and I love their records a lot. They just released a new one. I've been listening to that a lot. It's fantastic. It's not generically similar to our music either, they're just a great band. Kinda jazzy pop.

Your new songs from the album, are you playing them live already?

Michal: Yeah, we're playing two new songs. It's kind of like a nice way to see how they sound. We make music in a completely different way. We never play in a practice space. It's been interesting playing those songs, because we get an idea of what works and what doesn't.

Michal: It's weird, 'cause like in China, when we play songs that have been out for a while, the crowd knows them. We play new songs and they kind of just listen.

Brock: Yeah, I don't know. They clap. I don't blame them for not being super stoked.

Adam: But it feels good to play the new songs, so that's good for us. They're more fun to play.

But do you feel this impatience within yourselves with how long you take to release a new album?

Michal: The real problem is that Lukas [Untersteiner] and I live in two different cities. That's like two hours away by plane. We can have sessions weeks at a time. I'd come up to Seattle for a week and then work for something and then go back for two months. During that time we barely do anything. It's really just like being separated, and it prolongs it.

Watch The Bilinda Butchers in Manila:

The Bilinda Butchers Live in Manila was presented by Fred Perry.