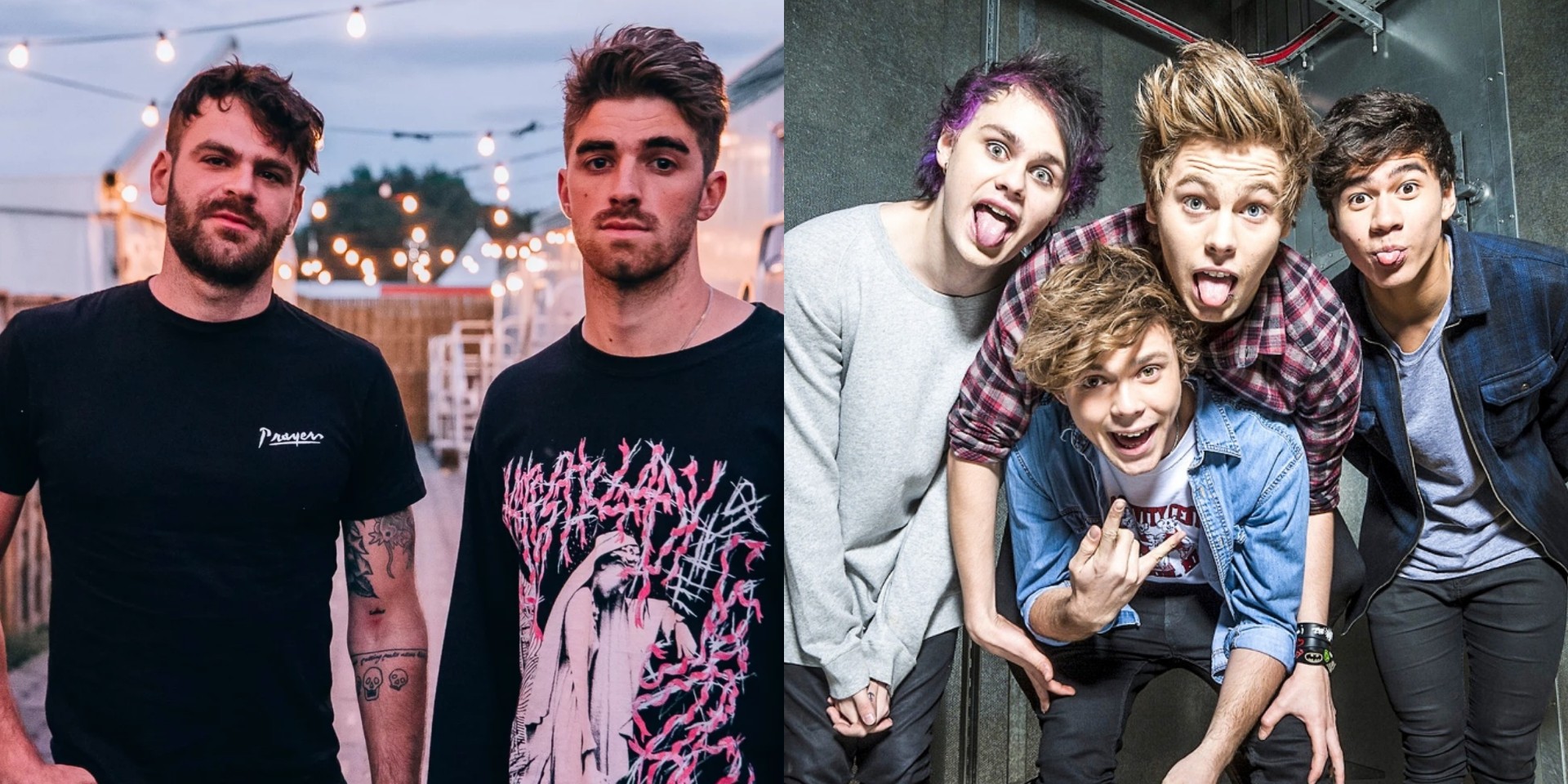 The Chainsmokers and 5 Seconds Of Summer engage each other in a good ol' battle of the bands in the accompanying music video for the former's recent single 'Who Do You Love' and it's an intense one at that.

Directed by Frank Borin, who has helmed a few of 5SOS' visuals, the video pits the two bands against each other and on opposite stages. Both bands then attempt to outdo each other: Drummers pounding till they catch on fire, singers jumping into the crowd and the sheer power from the instruments causing a windstorm.

It's a crazy spectacle to watch.