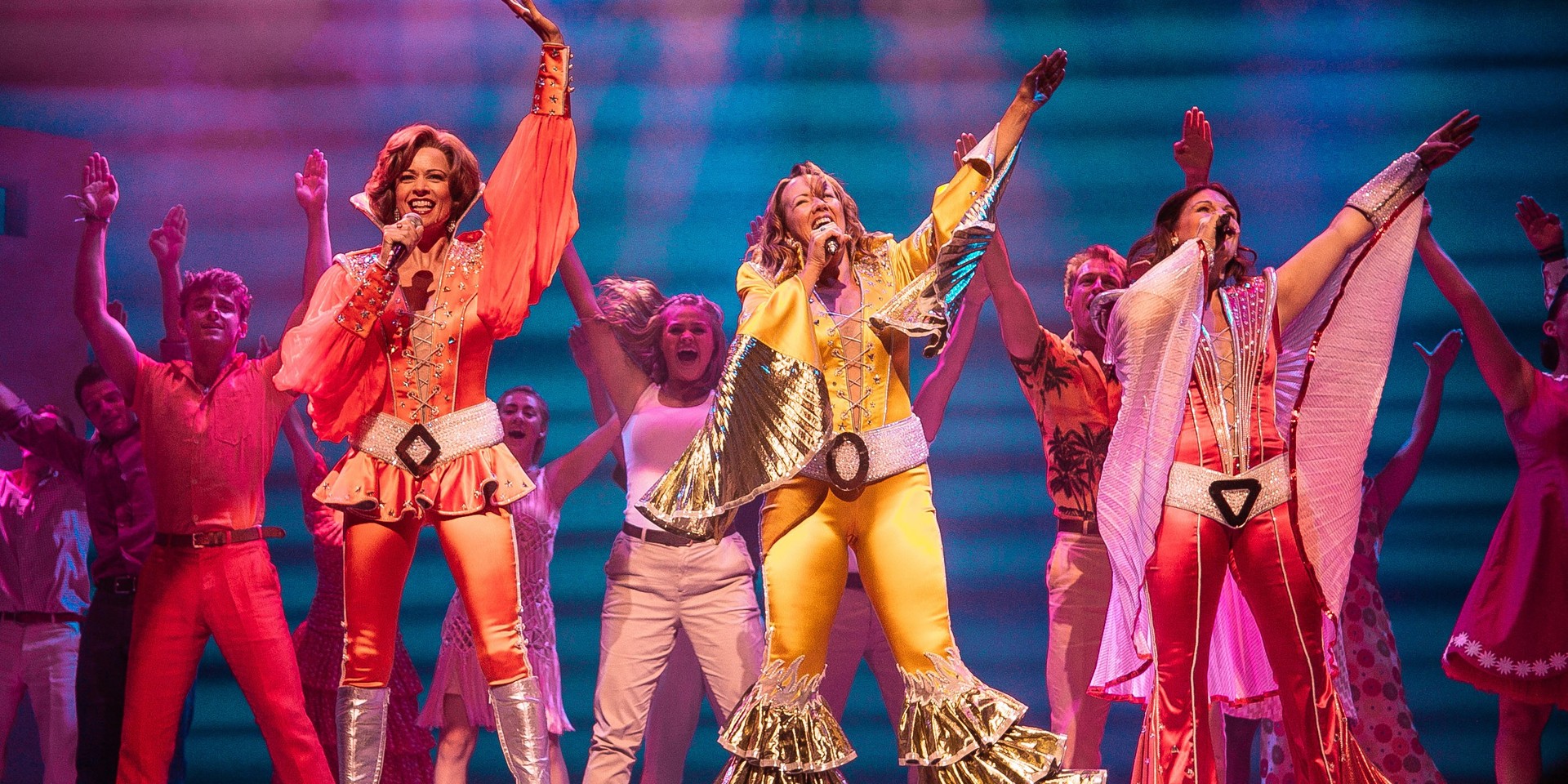 In today’s current zeitgeist, Mamma Mia!’s unapologetic joy might seem a little out of place; but on the contrary, the story’s shameless celebration of women is what makes the show deeply revolutionary and necessary at the moment. “I think it's really important that the story is heard and that women have a real place in theater and film,” says Nicky Swift who plays Rosie—one of Donna Sheridan’s best friends, in the Manila show. 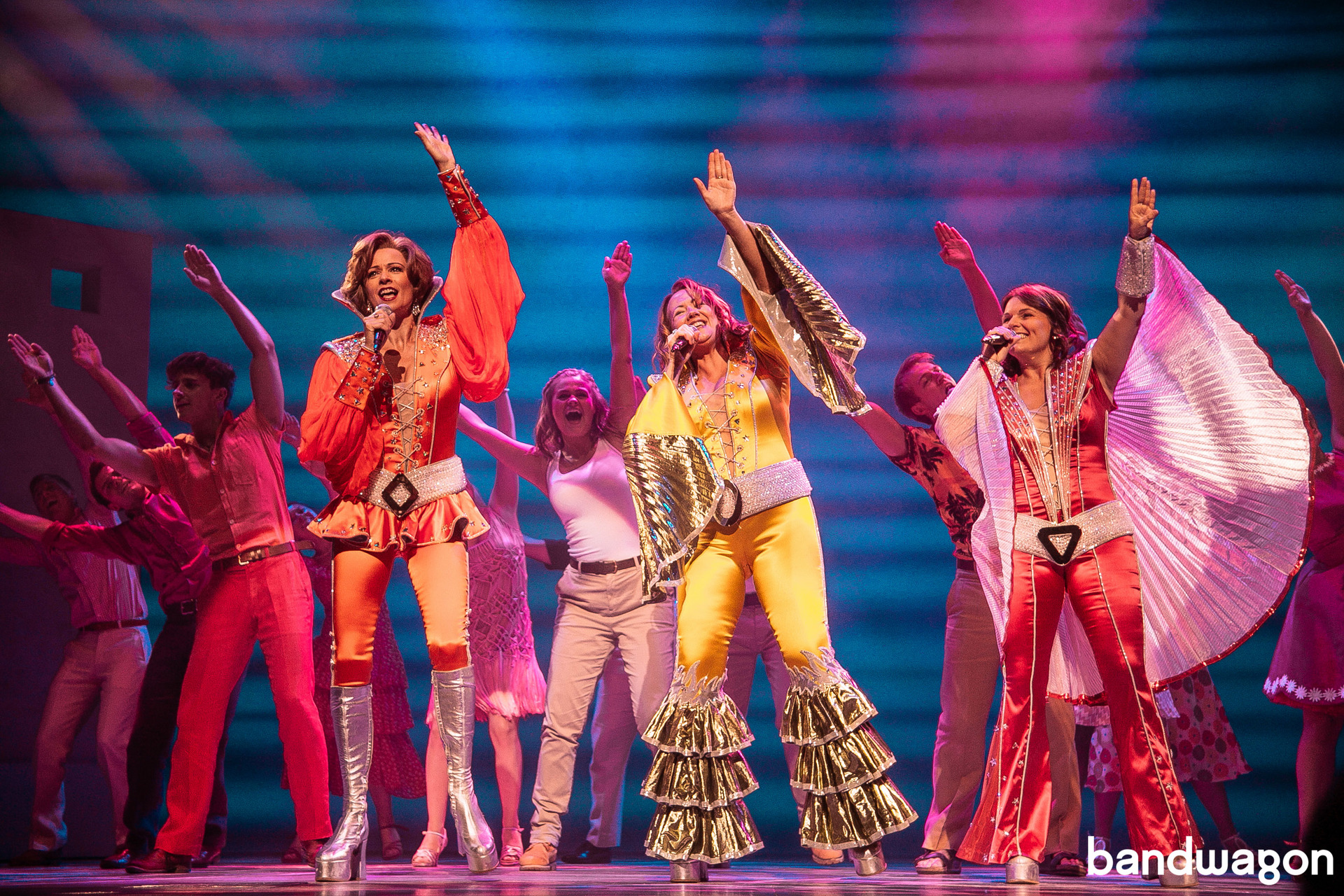 Mamma Mia! is a story that centers on mother Donna Sheridan and her daughter Sophie, and follows them on their respective journeys. Sophie Sheridan, played by the charismatic Lucy May Barker, is troubled by the identity of her father as she approaches her wedding to Sky—portrayed by her real-life fiancé Phillip Ryan. Meanwhile, Donna Sheridan, played by the deeply affecting Shona White, wrestles with the inevitable letting go of the biggest piece of herself, her daughter.

Having been first staged nearly two decades ago in 1999, Mamma Mia! has stayed relevant through different iterations on stage and two silver screen adaptations. The musical remains worth a watch— even a rewatch, not just because of ABBA’s timeless music but for the story it tells. “There are four very strong female characters within the show for our female audience members to identify with,” White points out.

The Story of Mamma Mia! centers on the story of complicated women—Donna, Rosie, Tanya, and the impressionable young Sophie— and the loving, supportive men that surround them. There is a certain utopian quality to how the women’s dynamism is not a problem to be solved, rather—something to be embraced as part of their wholeness.

Whether through the lens of feminism or through the intimate relationship between a parent and a child, the enduring charm of Mamma Mia! remains long-lasting because its characters are fearless in pursuit of their happiness.

Bandwagon got to speak with the leading men and ladies of Mamma Mia! about the Manila audience, the timelessness of ABBA and Mamma Mia!, how they relate to their character, and the musical's importance to their personal lives. 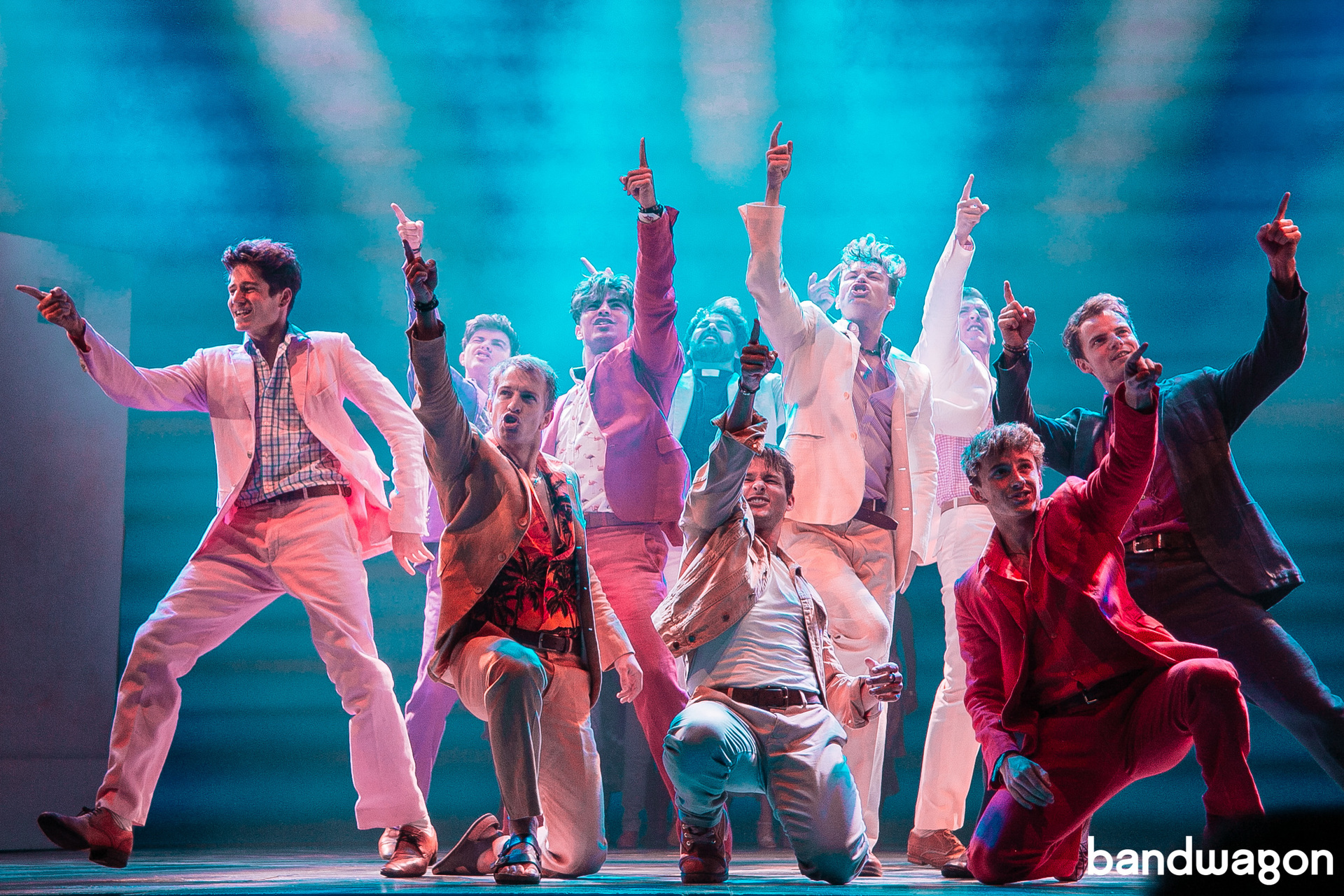 How have your performances in Manila been so far?

Daniel Crowder: We’ve had an amazing time here so far! It's a beautiful theater that you got here; really gorgeous space to act in, sing, and perform.

Lucy May Barker: We've experienced loads of different audiences. Here in Manila, they were kind of more of the respectful audiences. They were quiet throughout the show; they were listening and very attentive. They laugh at the jokes that other audiences don’t really laugh at because they really are listening. [But it] was really nice that at the end, they went absolutely crazy. It was great, and everyone was on their feet and really enjoying it. That's what we want!

Tamlyn Henderson: It’s really lovely to be on stage and hear the audience join in with the music, it’s a really nice feeling for us as performers just to have that support and warmth coming from the other side.

Tell us how similar you are to your character.

Shona White: Donna is an extremely strong independent woman, which I also am like in real life but she sometimes could do with accepting help from others.

Nicky Swift: Rosie is quite laid back; she's a writer. I’m quite laid back as a person [too], I like to make jokes all the time, and I’m quite similar to her in many ways. She's really fun to play as well!

Helen Anker: I am quite similar to Tanya. She likes nice things [like] do her hair nails and wear high heels. There are some similarities in how we put ourselves together I think. 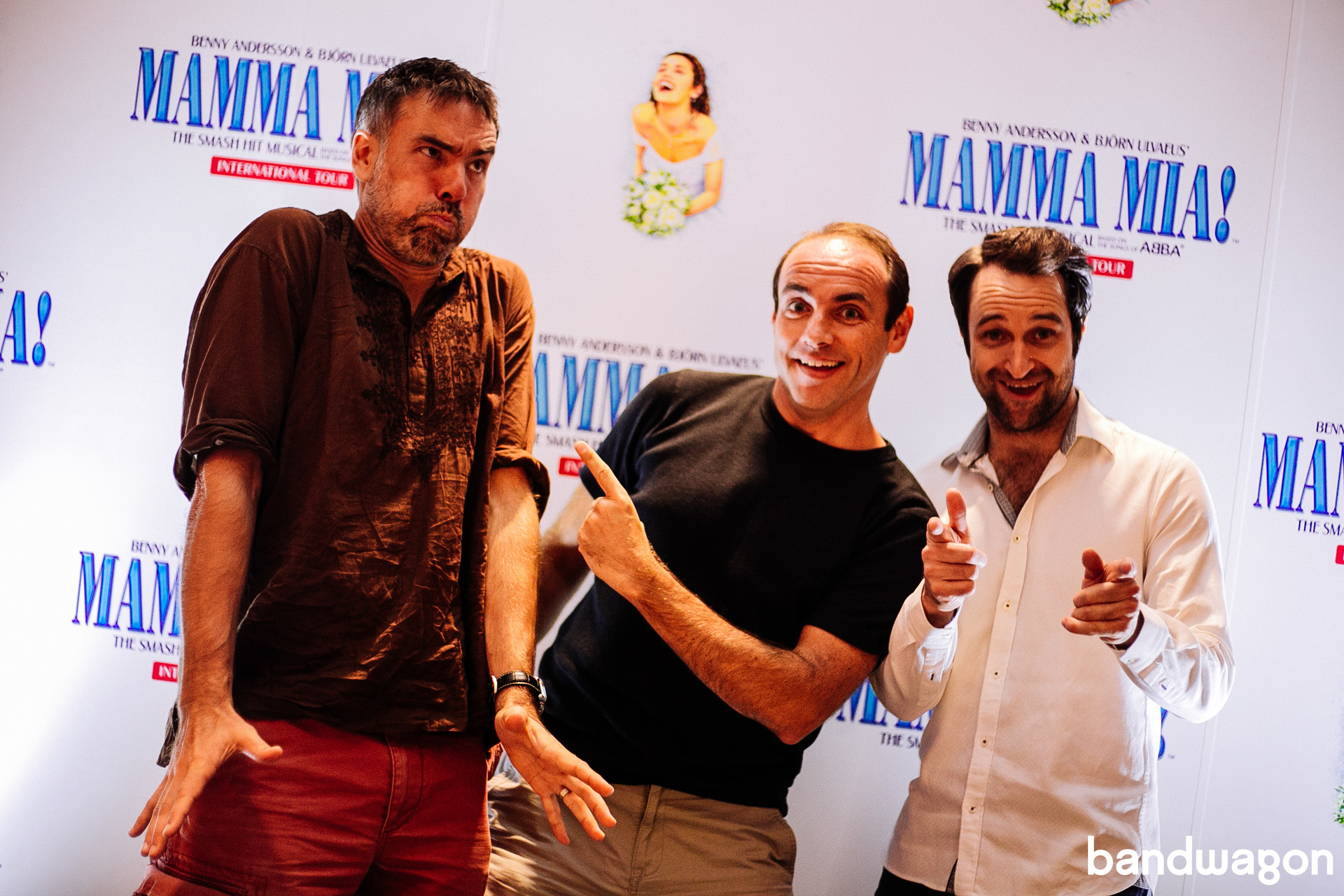 Let’s go to “The Dads.” A huge part of what makes the musical so beloved is the music of ABBA? Do you have any fond memories of the pop group?

Tamlyn Henderson: I’m Australian, as you can tell, and the ABBA music was really big in a few films in the 90s like 'The Adventures of Priscilla, Queen of the Desert' and 'Muriel's Wedding'. It was the first time I really enjoyed their music.

Matthew Rutherford: We used to do a road trip and I remember being eight or nine years old particularly remembering hearing Super Trouper and hearing their harmonies. For me that early memory of fun pop songs and harmonies was quite exciting to reflect on now as a professional because it brought back memories of me when I was a child in road trips.

Why do you think the story of Mamma Mia! is so timeless?

Lucy May Barker: I think the story is about people that we see in our everyday life. You can feel it's a story that possibly could happen in life and I think that's what people find thrilling and exciting about it. You genuinely do want to find out what happens next and I think some of those questions get answered, some of them don't. That's the joy of it.

Tamlyn Henderson: It’s a family kind of story and it speaks to [issues like] single parenting. The warmth of the story is the most compelling thing for the audience to enjoy.

Shona White: It's a feel-good show, yes, but there's something every person can identify with no matter which generation you're from. There's something for everyone. It's got real heart.

Daniel Crowder: If you think about it, the show is 20 years next year and that’s a lifetime. Some of the younger members of our cast are 19 and 20 years old. It’s really exciting, the fact that this show is so old yet so new. 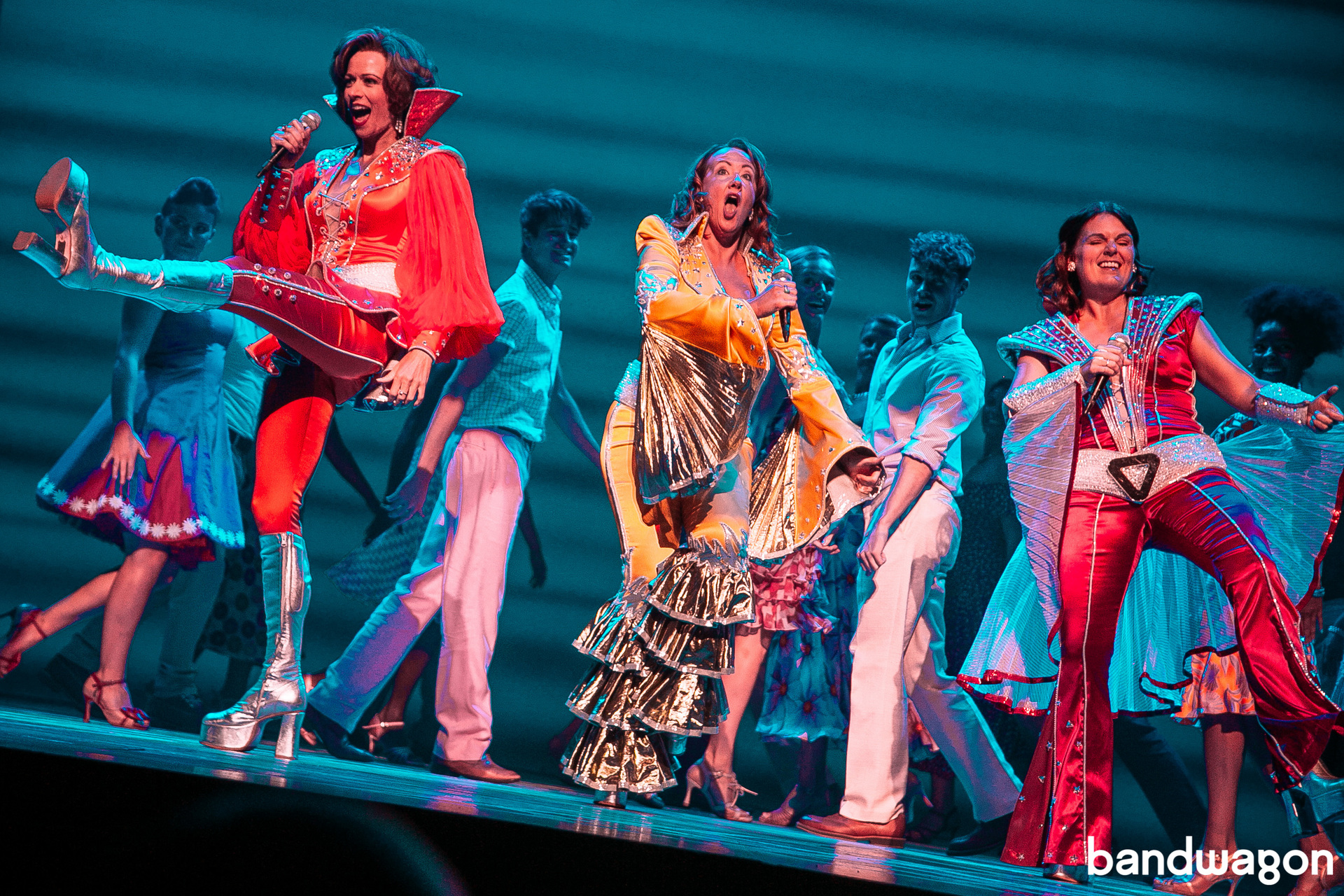 For something that’s been running for so long, how do you keep things fresh and new every night?

Lucy May Barker: The audiences that are in watching that night, might have saved up to come and see that show for a year or they maybe are on a romantic weekend. You know, it's a special event for anyone who came to see a piece of theater. There is that responsibility. You want to make sure that you're giving 100%, the best you can possibly give, to those people so they have an amazing night.

The relationship between a parent and a child is a universal story. How integral is that relationship to the story?

Lucy May Barker: The interesting thing for Sophie and Donna-- even though the story does revolve entirely around them, they don’t actually have that much stage time together. Usually, you see one or the other.

Phillip Ryan: You're both struggling with your own battles.

Lucy May Barker: We like to say mostly it's Sophie's story in act one and Donna's story mostly in act two. And then it all comes together at the wedding and that's when it's funniest, saddest, and has the most brilliant comedy moments. I do love the wedding; it's one of my favorite bits, yeah! It's where Sophie and Donna finally have their resolve whatever that might be… You have to see the show!

Shona, you’re the only actor who has ever played both Sophie and Donna. How does this unique experience affect your performance and understanding of the role?

Shona White: I feel like I know the show inside and out and it's just a really special show in my career. 17 years ago, I was the daughter; and now, I’m the mother. Both parts are extremely special for me but I feel like Donna has the edge because as a woman in her 40s, I feel like I'm growing into myself and I feel like I can really identify with her. It's just a brilliant opportunity for me to come back to a show that I really love.

Did you encounter any difficulty in playing Donna?

Shona White: Not difficulty but a challenge for me is keeping my energy up and not getting too tired because Donna is surprisingly a tiring role. I think when people think of Mamma Mia! [they think] you’re just jumping around to ABBA but actually, it's quite an emotional journey. It’s challenging to maintain the stamina for the truth.

Daniel, this musical is very important to your career as well. Tell us about the first time you watched the musical and how you’ve come full circle ever since?

Daniel Crowder: It was in 1999 in London and I just finished drama school and my sister was down visiting, and we see the latest show with Mamma Mia!. I bought very cheap tickets at the top of the theater and looked down and watched this unbelievable story of a woman trying to find out who her dad is, and unpick her relationship with her mom. I loved every second of it. And that’s why we’re here 20 years later. I’ve had my eye on [the role] Harry for quite a while. I just waited for the right age. 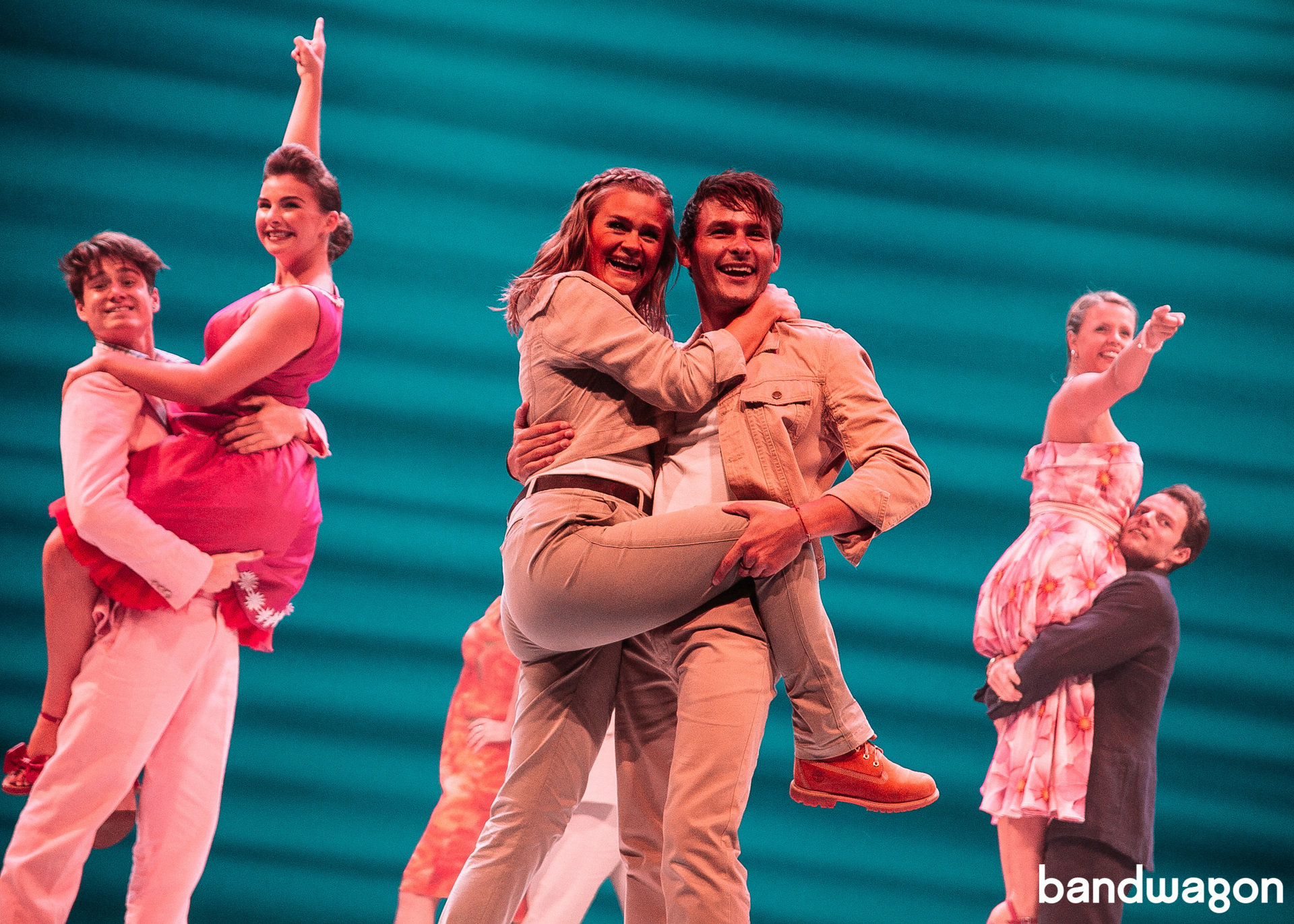 As an engaged couple in the show and in real life, how important has this show been for you?

Phillip Ryan: It's funny to think about just how important the show has been for us, in our life, and what it's done for us. And, Sophie and I will go on and work on other shows and do other things but it's the fond memories of this one we’ll remember.

Lucy May Barker: I think for so many people, Mamma Mia! holds such brilliant memories.

Phillip Ryan: It never leaves you.

Lucy May Barker: It certainly will never leave us.

At certain performances, the role of Donna Sheridan will be played by Natalie Langston.

The MAMMA MIA! International Tour will be at The Theatre at Solaire, Manila til October 21, 2018. Tickets are available via Ticketworld.

Special thanks to Concertus Manila.