Words by Jia Ying
Photography by Rock the Trend

The Analog Assembly is looking for individuals to set up booths at their event, The X∆, held at independent cinema The Projector. If you’re tired of dealing with all the hassle that comes with hawking your stuff online — along with facing nothing more than just the soulless glow of your smartphone and quick meetings with buyers — The X∆ looks set to be a great avenue to sell or trade your pre-loved music items.

We expect it to be like a great gathering for fellow music lovers, and you can be assured that the records you would let go will truly be in safe hands. 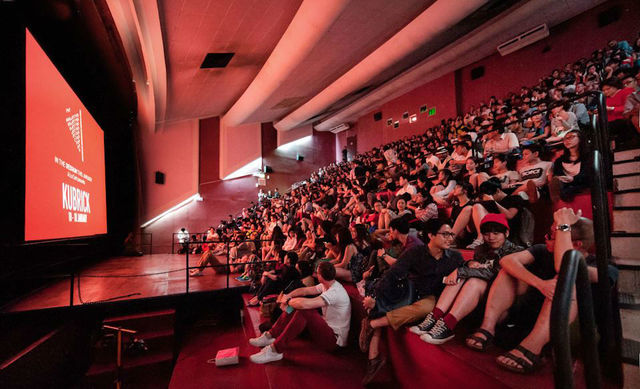 Indie cinema The Projector will be hosting The X∆, the first of many pop-up events by The Analog Assembly.

Along with an open call for sellers, they’ve also announced a special ensemble of independent record sellers to deal out their own array of vinyl records at the event, so you're sure to be in good company. You'll be able to find rare imported metal records from Inokii, fascinating regional titles along with select reggae and ska favourites from Straits Records, a decade-spanning variety of titles by For the Record, obscure and limited experimental releases with Ujikaji Records along with rare vinyl pressings from the vault of Vinylicious Records. Magpie Magazines will also be present selling a neat selection of independent and international issues.

The Projector will also host a movie screening of The Boat that Rocked (aka Pirate Radio) after all the market festivities. There won’t be a fixed ticket price for the movie, following to the “pay-as-you-wish" payment model that The Projector has embraced from time to time. The screening starts at 8.30pm and the cinema will allow entry on a first-come-first-serve basis, so be on time! If you're like us and you've seen Pirate Radio, most likely on DVD as it wasn't screened publicly here, you'll definitely want to watch this again in the company of music lovers. Also, it's one of our personal favorite music-themed films so don't miss out.

For interested vendors, the organisers will be providing booths (1.8m x 0.6 m tables) without any rental fee on the day of the event. They will also accommodate sellers who are intending on bringing their own booths. Whatever works for you, they'll oblige!

A few pointers to take note of: vendors will have to commit to the sale from 2pm to 8.30pm, 50% of the items for sale must be vinyl records — other items allowed may be CDs, cassette tapes, DVDs, Blu-ray discs, video tapes, magazines and books. Most importantly, they’ll only be allowing sale of original copies of the records, so pirated copies will be turned down. We're not sure whether your rare pirated Taiwanese pressing of Black Sabbath's Master of Reality will be allowed but you could try!

Mark 11 July on your calendar for a day of spirited vinyl shopping and an exciting movie screening! For those interested to set up booths, shoot a message over to The Analog Assembly on Facebook.

UPDATE: It looks like alt-country band Cheating Sons will be making an appearance at The X∆, performing a stripped-down set in The Projector at 4.30pm. The band will be selling copies of their new self-titled album on limited edition vinyl as well.