Words by Bandwagon
Photography by The Gathering

After a slew of successful shows such as Tenacious D, The Flaming Lips, CHVRCHES, and more, it was only right that The Gathering had planned a festival to commemorate a great year of gigs. Here we see a well-curated list of bands and artists which included Singapore’s Charlie Lim and Pleasantry. And if it happened to be Valentine’s Day on the day, the music made the case for ‘love is in the air’ pretty strong. From Charlie Lim’s “Bitter” to Caribou’s “Can’t Do Without You” - we experienced an entire library of emotions that Saturday all right.

On other Saturdays, we’d be covering gigs where beating the crowds and rushing for a good spot was a given but there was none of that at The Gathering, held at newly reopened gig mecca, Fort Canning Park. Like a cosy picnic with great music, there was great food and drinks by way of Makisan sushi, Strangers Reunion coffee, and the very, very awesome mega iceberg structure by Reyka Vodka that made sure we got our H2O fix all day (for free). 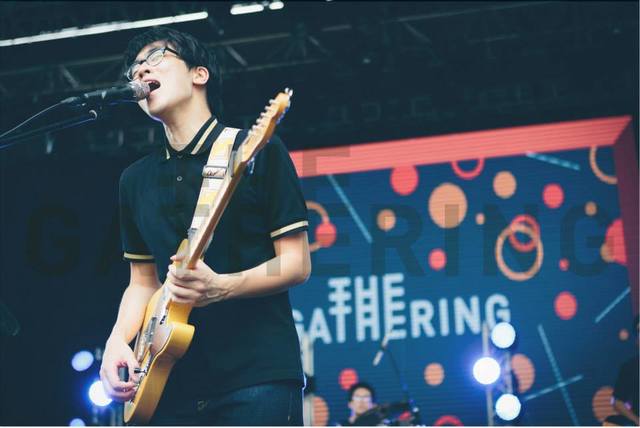 Old sport: Marred by sound issues, Charlie Lim and The Mothership carried on and still had fans and fangirls enthralled and singing along… kinda like what we were doing with clenched fists and eyes closed.

Love songs for everyone: With lines like ‘no more future in nostalgia’ and ‘Was I trying to cash in the fantasy without the reality check’ - damn, Charlie can write the shit out of a love song 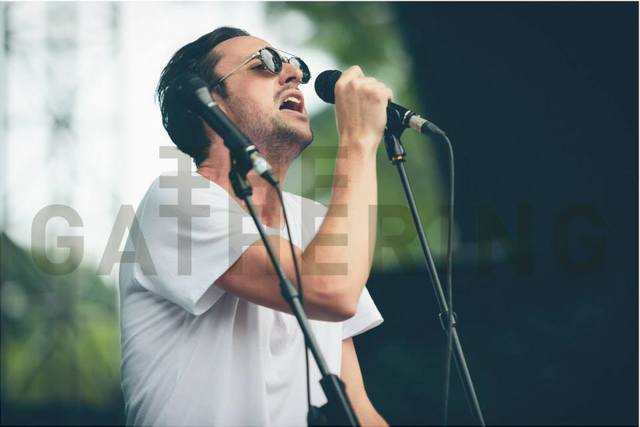 How To Dress Well

How to (ad)dress well: An early topic of the day was frontman Tom Krell’s odd shorts, complete with patterned holes. But something that was even more noteworthy, he was an absolute consummate musician on stage that day — greeting different people in the crowd and even spending a bit of time to salute the security and backstage staff.

PBR&Bam!: Tom Krell proving his project’s way beyond the tacky genre tag with robust live instrumentation by a solid lineup of session musicians. He’s at the top of his game right now, no joke.

Words He Does Remember: Don’t expect him to capitalise on the current surge of alt-R&B acts like FKA Twigs and Banks — the latter whose music he hasn’t exactly taken a liking to — but you can definitely expect insightful and emotionally vulnerable lyricism perfectly accentuated by his subtle vocal theatrics. 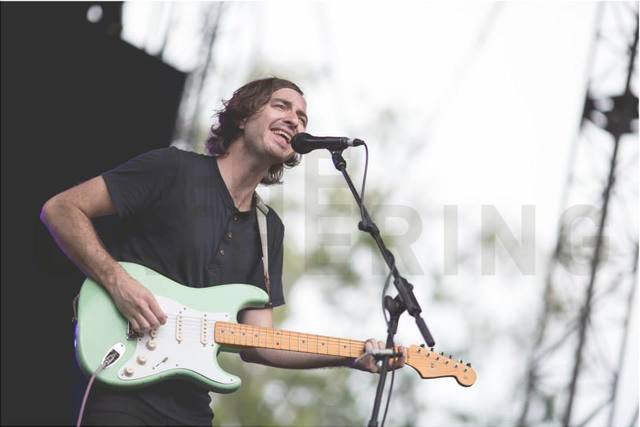 It’s Real: After their performance at Laneway 2013 that met with lukewarm reception, they had the chance to pull off a more kickass set

Had To Hear: With wonky sound mixing, frontman Martin Courtney’s vocals were so muted we had to settle on singing everything ourselves.

Easy: Still, such a hard band to dislike and it was the right time of the day to be listening to something laid-back and chill. 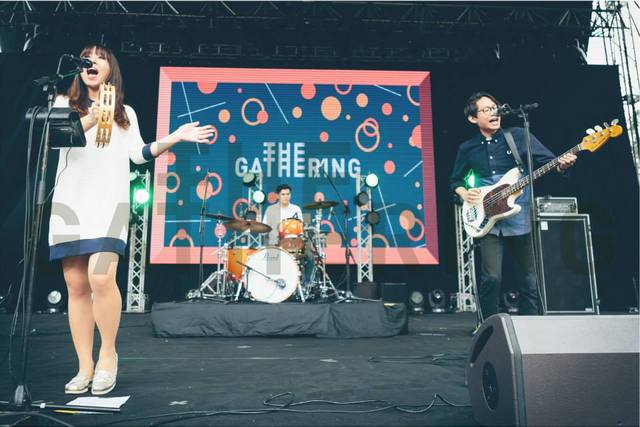 Taking It In: With sound issues marring the first few acts on the day, Pleasantry was unfortunately hit with the worst but they still strived on to play songs from their recent debut album Synapses.

Mixed About Mixes: We aren’t sound experts ourselves but it seemed like the mix was at fault: guitars were muddy, drums were too soft and vocalist Samantha sounded awkward with the rest of the band.

We’re Still Here: They still managed to entrance an attentive crowd, with a neat portion of devoted fans at the front while people were still leisurely streaming in. 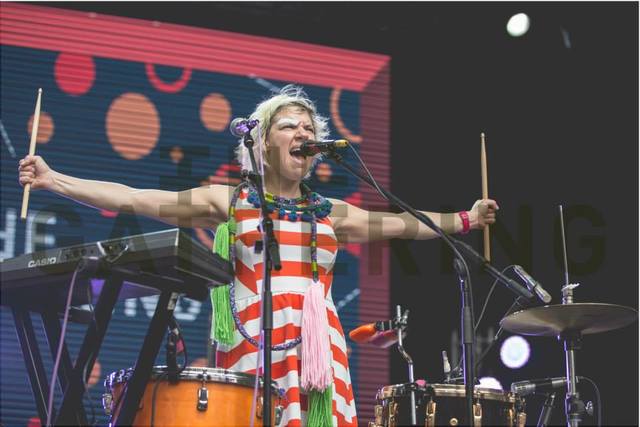 Bizness: Probably the first set that day that sounded great and well-mixed.

Gangsta: Crazy outfits and face-paint and weird dancing, yep that’s how you keep the eyes on you. 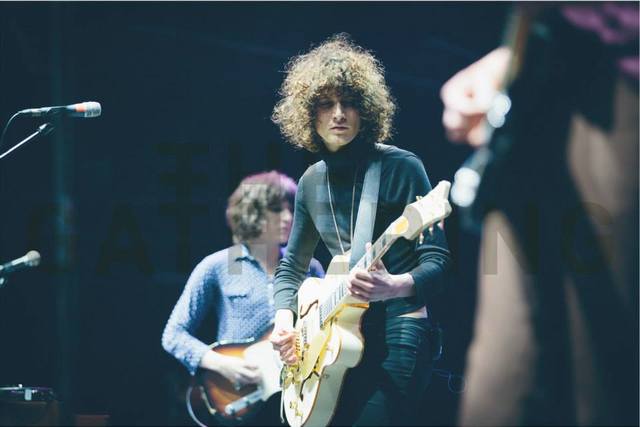 Mesmerise: For sounding impeccable live compared to their recordings.

Sun Structures: First tUnE-yArDs, then Temples, the sound engineering began to pick up for the rest of the festival 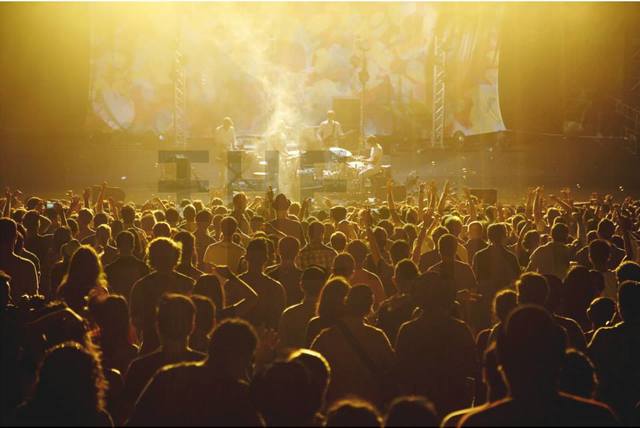 PhD in Live Shows: A doctorate holder, Dan Snaith is, but he’s proven that he’s highly capable of accomplishing engaging live shows — an incredibly energetic live performance with exciting live renditions of his songs, mainly from his excellent new record Our Love.

Drum & bass…& guitar & synths: Caribou has found themselves comfortable in a growing group of electronic musicians — a league that includes Bonobo and even How to Dress Well who are elevating their digital compositions in a live setting complete with talented instrumentalists.

Our Love: Dan seemed genuinely happy to be here and stopped to thank the crowd after every song, and also brought out his daughter to show her to the crowd before the set began (his family followed him on tour). 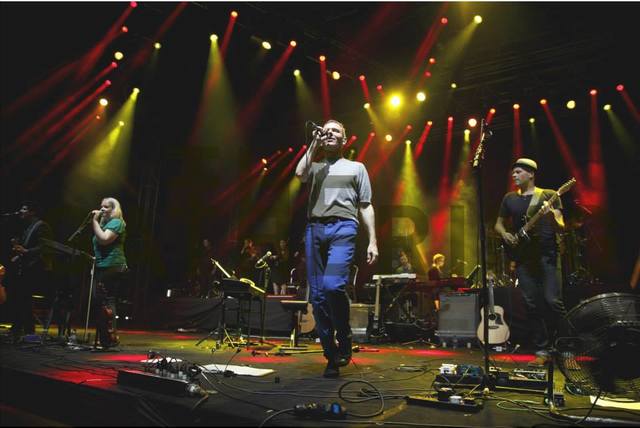 Dance, dance, dance: Like we pointed out in our interview with them earlier, Belle & Sebastian have treaded onto a territory of dance music. The setlist was filled with upbeat songs that included their recent synth-pop anthem ‘The Party Line’.

As Grand As Glasgow: Befitting their headlining slot, they had the most elaborate set-up of the night — complete with visuals and additional musicians who formed horn and strings sections.

God Help the Band: The stage was invaded by the crowd after the earnest open invitation by frontman Stuart Murdoch, resulting in a lot of awkward selfies (really guys?) but many happy fans. We just hope it wasn't too overwhelming for the veteran band.