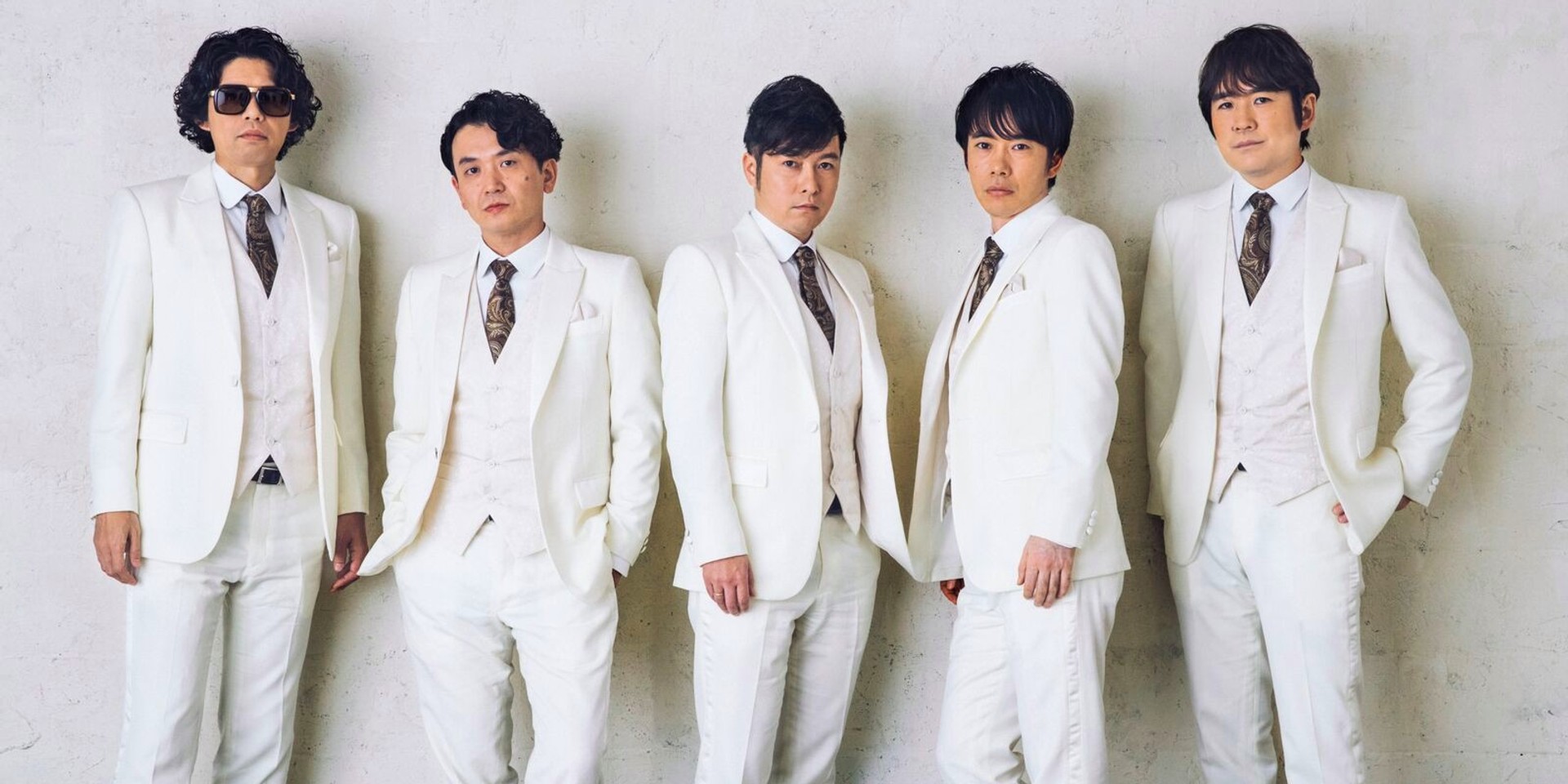 Japanese vocal quintet, The Gospellers will be making their way down to our sunny shores in September so we decided to catch up with them.

Made up of Tetsuya Murakami, Kaoru Kurosawa, Yuji Sakai, Yoichi Kitayama and Yutaka Yasuoka — they share with us the history and songwriting process of the band, and what they have in store for Singaporean fans.

Tell us how the band started!

Kaoru Kurosawa: "The Gospellers was formed in 1991 when we were part of Waseda University's a capella club, Street Corner Symphony. There were regular concerts and school festivals that we took part it, and during the summer and winter holidays, we busked on the streets.

Under Murakami's leadership, we also performed at livehouses, and also at skate rinks in amusement parks or at department stores. It was during one of our livehouse performances that we were scouted by Mr. Yoshio Sato, the CEO of an indies record company (and bassist/vocalist of RATS & STAR), and ended up making a record."

The Gospellers seem strongly rooted in 90s R&B and soul music. What are some of your influences?

Tetsuya Murakami: "The success of  Masayuki Suzuki and Tatsuro Yamashita in adapting elements of black music in their works was a significant guide for us. If we're talking about soul music, then of course American artistes have been a huge influence.

From Boyz II Men's vibrant harmonies of youth to Mary J. Blige's playful New York girl spirit, being able to feel that sense of unity — so different from rock music — while living in the same times as our heroes and heroine through soul music played a big part."

Where does your name come from? Does the band have a strong affinity for gospel music?

The Gospellers: "Our music isn't gospel music but pop. Our group name came from the harmony you hear in church music and the strength of gospel music's words. "Gospellers" is an invented word."

Over the years, performing as The Gospellers, what's one lesson you've learned as a group that has helped your career?

Yutaka Yasuoka: "Recognizing that we all have our differences, maybe. We don't work by [a] majority rule when our opinions differ. Instead, after everyone has had their say, we pick one of us to make the decision, and everyone else works to support his decision.

As we have our solo careers as well, we are clear on the responsibilities of the decision maker, as well as the role of a supporter. If it comes to the point where no one can make the decision, we use rock-paper-scissors (laughs)."

Which album of yours is your favorite? Why?

Yuji Sakai: "Our album Soul Serenade. We worked hard to combine Japanese lyrics and melodies with a distinctive American R&B sound in order to make a release that crossed borders. It being a hit only added to the joy we felt."

Tetsuya Murakami: "If I were to tell you its charm in one phrase, it's that with soul music, in contrast to rock music, one can be relaxed in a sort of elation. "

What is your most memorable moment on tour?

Yutaka Yasuoka: "When we were performing in a children's hospital in the Philippines, there was a mother who cried listening to us, even though we were singing in Japanese. It was a moment where I felt a greater appreciation for being a singer."

If there's one thing you'd like The Gospellers to be remembered as, what would that be?

Youichi Kitayama: "We are a group where all the members came together and said "let's form The Gospellers", a team of performers and creators that has been working together for more than 23 years. We're always thinking of ways that we can improve ourselves.

We work hard in order to be the group that's always improving, and always appealing. We would like to be remembered as the group that never stopped looking for new challenges, and always made people want to see and hear us again."

Any message to your fans in Singapore?

Tetsuya Murakami: "It's been a long time since we last performed in Asia like this, so I'm really glad. We hope to put on a passionate show that will live up to the expectations of everyone who has waited for us patiently in Singapore."

Catch The Gospellers live in Singapore on Sun, 24 Sept 2017 at the Drama Centre Theatre. Tickets are going for SG$58, $68 and $88, excluding booking fees. Tickets can be purchased here.