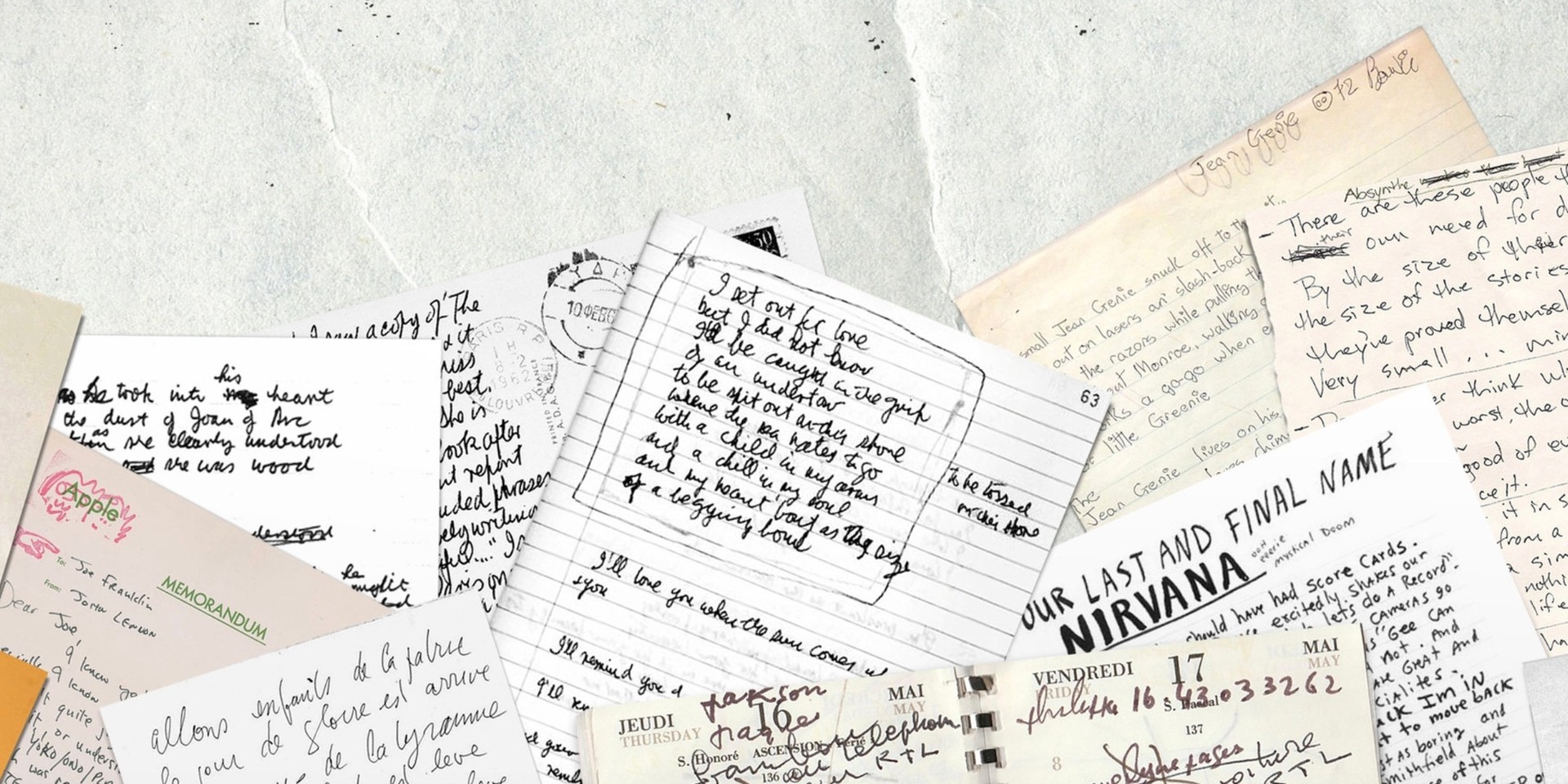 That dream might be far away, but at least for now, you’ll be able to write like them – literally.

For the Songwriters Fonts project, designers Nicolas Damiens and Julien Sens combed through numerous handwritten letters and notes from music legends David Bowie, John Lennon, Leonard Cohen, Kurt Cobain and Serge Gainsbourg, and created a font for each of the singers based on their handwriting.

The designers started this project to give musicians inspiration, they state on their website. "Writing lyrics with the handwriting of influential songwriters helps imagination to develop. Being in the mood of Bowie, Cobain, Cohen, Gainsbourg, Lennon, might be purely imaginative... but that's precisely the point."

Taking a closer look at the fonts, one can clearly see the quirks and writing habits of the musicians, such as Lennon’s cursive capital ‘E’ and Cohen’s extremely bizarre-looking capital ‘G’.

Download the fonts for free here and start composing lyrics in the handwriting of a legend – or write your essay that was due last week. Or try to forge a letter by Kurt Cobain. It's your choice.