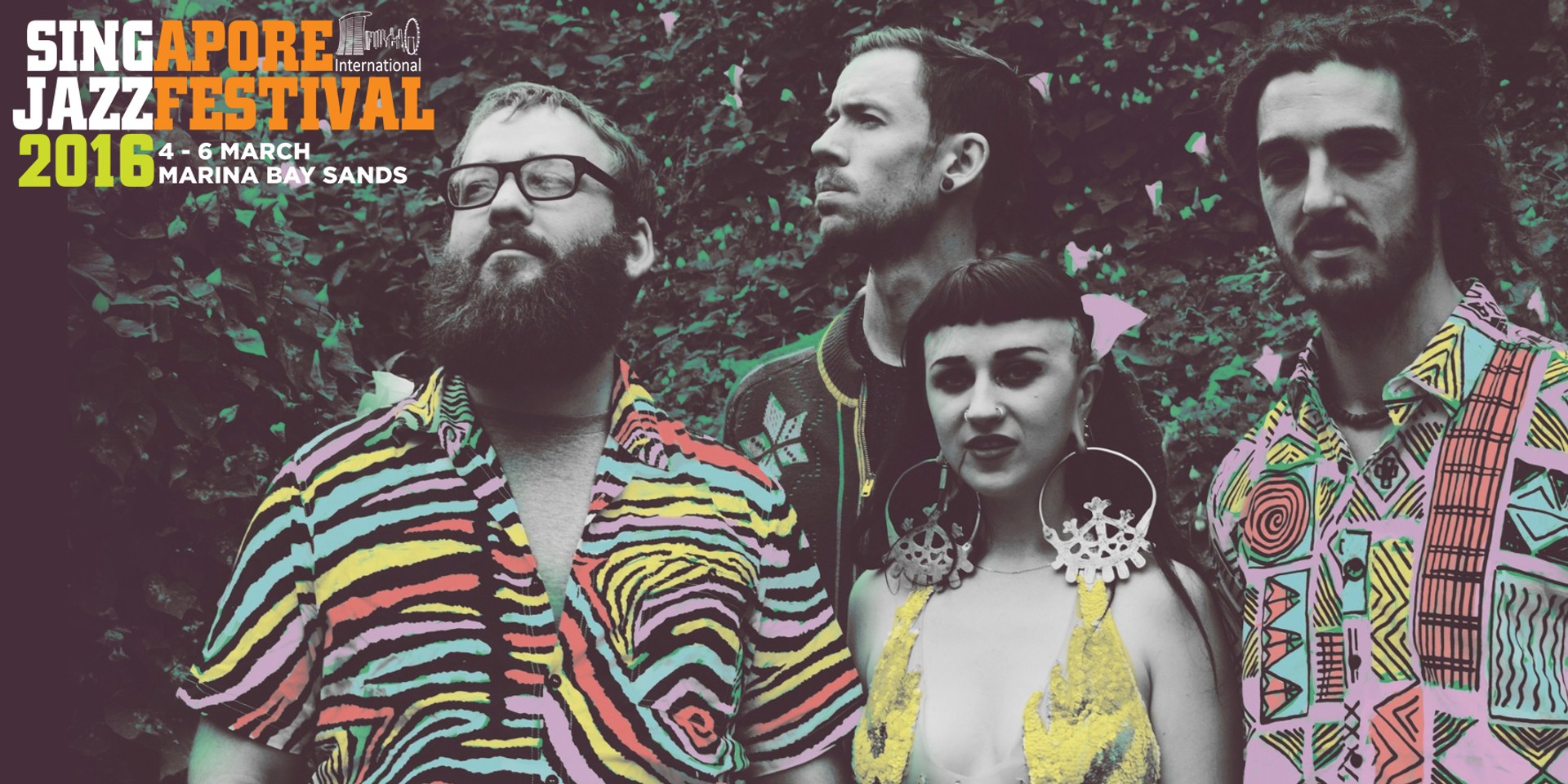 Melbourne's Hiatus Kaiyote are undoubtedly one of the most dynamic and fascinating bands active today. The future soul outfit have consistently been impressive ever since their LP Tawk Tomahawk hit the shelves back in 2012, and subsequent releases such as their By Fire EP and sophomore 2015 album Choose Your Weapon have only further proven how vital they are as musicians.

Grammy nominations and co-signs from the likes of Erykah Badu and Taylor McFerrin aside, they aren't a band defined by hype, they're a real band's band who've made a name for themselves by virtue of their mind-blowing songwriting. Self-described as "multi-dimensional, polyrhythmic gangster sh*t", Hiatus Kaiyote's sound is a potent and free-spirited combination of neo-soul, left-field hip-hop and alt-R&B.

But as compelling as their odd time signatures and agile song structures sound on their releases, we're here to tell you that nothing on record can adequately prepare you for how incredible the band is live.

About five months ago, Hiatus Kaiyote stopped by The Bee in Kuala Lumpur, Malaysia for a one-night only showcase, and Bandwagon was in attendance to soak in their magnificent performance. In between the band's technicality and Nai Palm's magnetic stage presence, the lively crowd was absolutely enrapt, applauding every turn and hollering at every break.

A large portion of the audience was actually made up of traveling fans from across the Causeway, and out of that significant Singaporean contingent, it seemed as if a large percentage was made up of musicians. Reactions ranged from exhilaration to envy to joking (sort of) proclamations from some of the musicians in the audience that they should stop playing music altogether because they'll never be that good. 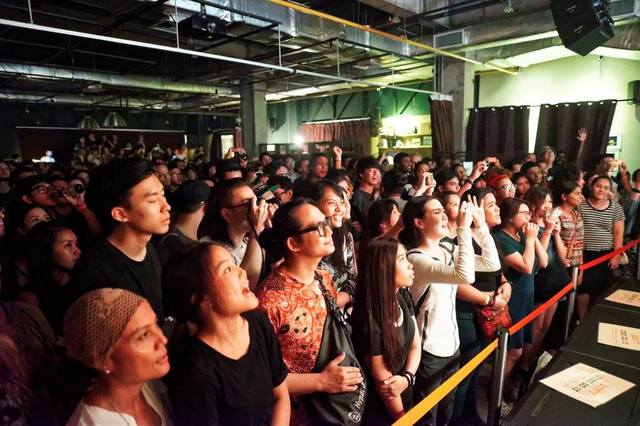 And since the band will be back in our neck of the woods this coming Friday, March 4, as part of the Sing Jazz 2016 opening day line-up, we figured now might be a good time have ask some of the musicians who were at that memorable KL show to reminisce about their inspiring Hiatus Kaiyote live experience.

We rounded up Ginny Bloop (of The Steve McQueens and Riot !n Magenta), Mohamed Hanis (of Spacedays and sub:shaman), Yuji Kumagai (of Cashew Chemists) and Isa Foong (of blankverse and sub:shaman) for this Hiatus-heavy conversation, and its telling that almost half a year later, each of them were still in awe of what they heard and witnessed that night at The Bee. 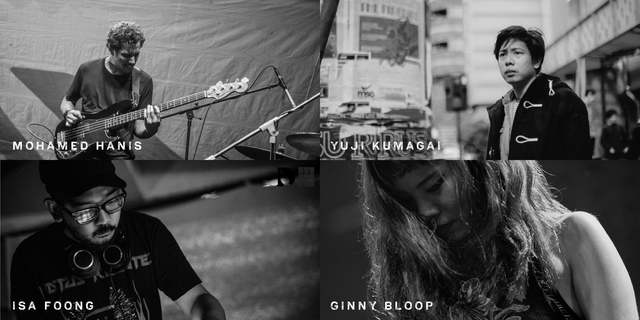 What drew you guys to Hiatus Kaiyote’s music in the first place?

Yuji Kumagai (YJ): It was their video for 'Nakamarra'. A desert road trip and cool nu jazz grooves, I'm sold.

Mohamed Hanis (MH): I can't remember who put me on to Hiatus Kaiyote but it was around the same time that I was obsessed with Snarky Puppy. I checked out 'Lace Skull' and was floored. The songwriting was so imaginative, the composition had so much movement, and when that bridge dropped, it was full-on get your rock signs out. After that first impression, I was pretty much hooked.

Isa Foong (IF): I've been in love with the band and their music for a while, so I'm not sure if I can put a finger on it. But I do remember first hearing Nai Palm sing on 'Nakamarra' and thinking, "wow that's some voice".

Do you have a favourite song?

(YJ): I guess there's a reason why 'Nakamarra' is the one people love so much. I just haven't found out why yet.

(MH): This is a really tough one. I have so many favourites. But if I really had to pick, it would be a toss up between the first love, 'Lace Skull' and 'The Lung' on the new album. 'The Lung' is so chill.

​(IF): My favourite song changes ever so often, but for now it's 'The Lung'.

(YJ): Grooooovy. And cigarette smoke. In a very cozy venue full of vibes and great people.

(MH): An incredible energy with so many good vibes from the band on stage right down to the crowd. Every one in the audience was grooving and having an incredible time. Plus every minute, there would be a collective gasp and cheer because they'd throw a curve ball fill that is so funky and so stanky. Their live show is right up there in my list of top gigs I have had the pleasure of witnessing.

(GB): It was very inviting. They've obviously got a lot of camaraderie going on within the band, but the energy was still very accessible to the audience. That is a beautiful thing.

(IF): It was amazing, being at a pretty small intimate venue watching them do their thing. 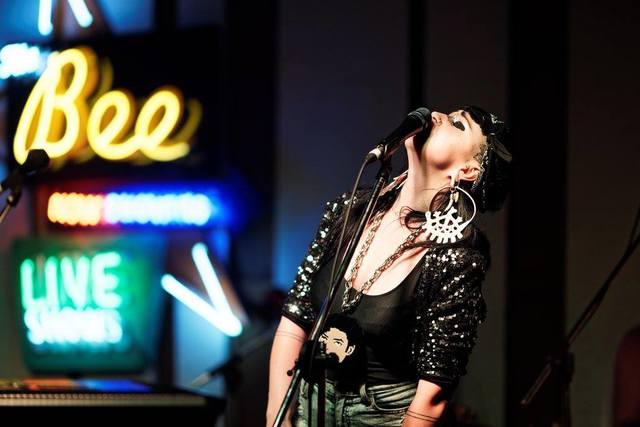 What was the biggest highlight of their performance for you?

(YJ): Every band member is amazing at their instrument. Get ready to have your minds blown every time they segue into instrumentals. They put the mental in instrumental for sure. Plus, Nai Palm is just an enigma on stage. That's more than enough reason.

(GB): They played a tune that was not on any of the albums. We didn't know the song at all, but it kicked ass anyway. Everyone was head banging at a soul gig. It was beautiful!

(IF): Yeah this new song that completely blew me away. They already raised the bar going from Tawk Tomahawk to Choose Your Weapon, but this new track was just something else.

(MH): 'CINNAMON TEMPLE'! I NEED TO LIVE IN THAT SONG AGAIN! It is an unreleased song and in most cases, when a band plays a new song, it would be harder to vibe because of the unfamiliarity of it. But seriously, the sheer unbridled energy of this song had us all going wild. It really needs to be experienced. Paul Bender is a monster on that song.

Does the band inspire you musically?

(GB): Definitely. To me, Hiatus Kaiyote is the embodiment of boisterous and sophisticated music. It's very empowering.

(YJ): Hiatus Kaiyote... I think I wrote a verse about trying to play like Hiatus Kaiyote once. I've locked that away forever though. But our foray into groove breaks are partly inspired by them, definitely.

(MH): The definitely do. They are so fearless and free in their composition and writing. It is just so liberating to be able to learn and listen to such a good band take the music to different and unexpected places.

(IF): Yes of course! Their groove and arrangement are something to aspire to.

Would you watch them again on Friday?

(GB): Is this a trick question. (Laughs)

(MH): As soon as Darker Than Wax announced their curated line-up featuring Hiatus Kaiyote, BADBADNOTGOOD (BBNG) and Taylor McFerrin, they had my money! Plus Intriguant, Dru Chen and Charlie Lim are performing on Day 1 too! Might not get any better than this.

Hiatus Kaiyote performs on the opening night of Sing Jazz 2016, as part of a line-up specially curated by Darker Than Wax. Tickets can be purchased here.