The geek in me immediately took a liking to the movie. There's the good music, Jack Black being tolerable, and Rob Fleming, the protagonist, played by a very young John Cusack spends his days making Top 5 lists about everything, from the standard 'top five films' to the not-so-standard 'top five breakups'. Rob is immature, cannot handle anything from his emotions to his store, and is obsessive. Not to mention, the great monologues which he delivers.

But most importantly, the lists. Making lists is fun. All at once, they are both all-inclusive and a ridiculous simplification. First you start of with a number (multiples of 5 usually), then you presume that what is on this list is exhaustive and contains everything relevant, and that you did not forget anything - which we know is never true.

The Art of Mixtape Making

Which brings us to making mixtapes. The art of making mixtapes is slightly more delicate than making a list. For lists, you just dump a couple of endless numbered things together but for mixtapes, you take into account many things - inane as it may be - why are you making this mix, for whom, how the weather is like may affect your mood, is there enough space on the CD-R… things like that. 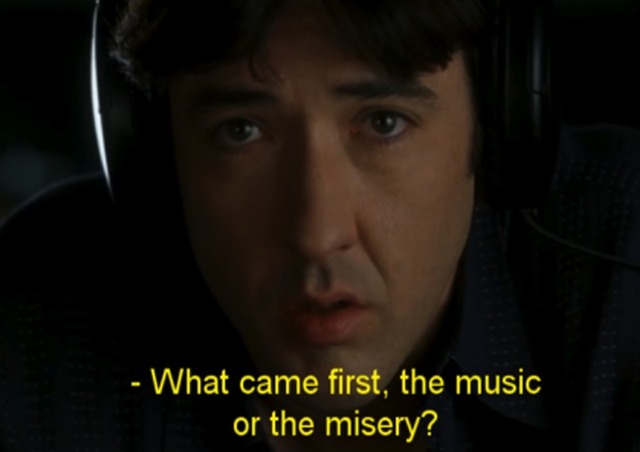 "Now the making of a good compilation is a very subtle art. Many do's and don'ts. First of all, you're using someone else's poetry to express how you feel. This is a delicate thing."
Rob, High Fidelity

Explained most succinctly, Rob covers why it is an intricate matter, the making of a mixtape. Listening is easy but it is the understanding bit that can be more complex. Is there a message in your mixtape? Are you trying to convey something to everyone? Is this a mood mixtape or just one for the walk home? According to Rob, "The making of a great compilation tape, like breaking up, is hard to do and takes longer than it might seem. You gotta kick off with a killer, to grab attention. Then you got to take it up a notch, but you don't wanna blow your wad, so then you got to cool it off a notch. There are a lot of rules." Clearly, music appreciation is demanding and melancholy work, which serves to isolate its adepts from an untutored mass (this is still prevalent today).

A Little Bit of History

Who or what do we make mixtapes for? Well that depends on where you're coming from. In its simplest form, it is a compilation of favourite songs, something we'd make for friends, lover, band mates, schoolmates, etc. Originally, the mixtape is a tool for promoting new rappers and DJs before they've signed a record deal.

The birthplace of the mixtape is New York, along with hip hop and the advent of tape recorders meant that DJs like Grandmaster Flash could record their block party sets and pass it on to anyone with an interest in new street music. Through the years, the mixtape culture has been embraced by many genres - now, mixtapes are everywhere and there's evidence that they're outselling the medium of the traditional album.

Moving on from talking shop, the medium of the mixtape does not only avail to recording and performing artists, but to everyone. Anyone can make mixtapes - like Rob said, it is 'using someone else's poetry' for our own use. Below, I have identified the three most prevalent types of mixtapes we make on a personal level.

(i) Mixtape of Convenience

The easiest and the one that requires the less amount of thinking and time putting together. Usually made to fill a void, and sometimes meaning just plugging in your iPhone for some background music. Need to put a bunch of songs together to introduce someone to American Football? Well, that's easy, just dump their (amazing) album and (amazing) EP in a mix.

According to an ex-Teenage Pirate, kids in school during his adolescent years sometimes requested for the latest tunes in a CD, just so they could listen to these hits over and over, instead of waiting for it to come on radio. Most requested hits were: Eminem, Nickelback, Linkin Park, Blink 182, Limp Bizkit. And surprisingly The Strokes' 12:51 - just that particular song.

It's a rainy day, what do you feel like? Some Beach House, sure. You're gonna have a mad session at the gym, some Mastodon? Okay. 'It's Real' by Real Estate almost always makes you smile on a long bus ride. Just broke up? Here, have some Bon Iver to soothe your soul of course. Yeah, the mood mixtape requires some sort of cathartic action, some thinking, and curating. 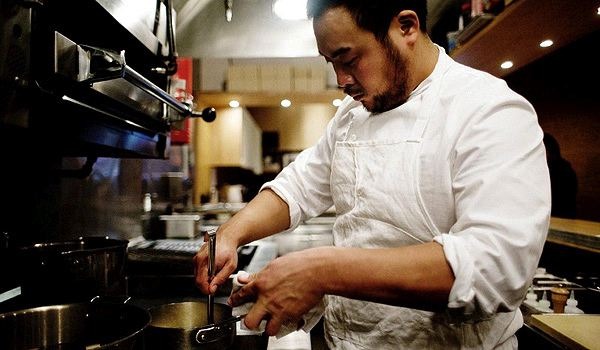 David Chang, revered chef of Momofuku curates all the playlists in all his restaurants. Unlike the 'Mixtape of Convenience', David is a stickler for details in his business, from recipes to the music in the background when you are eating. According to him, he says that he plays the music he wants to hear if he is eating in a restaurant, not what he thinks the customer wants to hear. Because of this rule, he "excludes all classical music and most jazz", "current top 40 is out; techno-emo is a no-no, naturally, as are bands such as Enya, Travis and Coldplay" who he thinks is appropriate as soundtracks for the most marginal of Max Brenner branches. Oh and "absolutely no Morrissey. Ever."

(iii) Mixtape for Someone

Probably the most important of the lot and the one you've probably made at some point of your life. It is also probably the hardest mixtape to make. I myself have spent a lot of time thinking which Mogwai song to use for a mixtape, or if Jose Gonzalez was 'too sad'. Everyone of the songs on this mix is analysed by you thoroughly before you QC it for the final product, whether it is for someone you are romantically in love with, have a crush on, your mother, your grandfather, a person you are fond of generally.

In 'Love Is a Mix Tape' by contributing editor at Rolling Stone, Rob Sheffield, he uses fifteen mixtapes to frame the story of his marriage. The mixtape had always been a key feature and a tool of communication through the relationship, whether it was about feelings or relating stories from the past about each other, to each other. To him, it was how they communicated their love to each other. When she passed away, he described it as: "I had no voice to talk because she was my whole language." 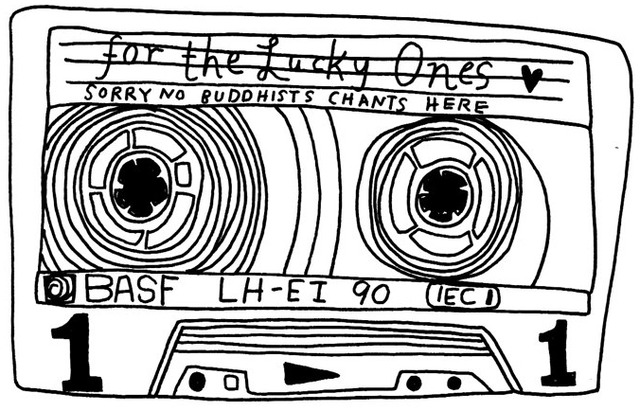 "According to Western philosopher Pat Benatar, love is a battlefield. Her paisan Frank Sinatra would add the corollary that love is a tender trap. Love hurts. Love stinks. Love bites, love bleeds, love is the drug. The troubadours of out times agree: They want to know what love is, and they want you to show them. But the answer is simple: Love is a mixtape."
Rob Sheffield, Love is a Mix Tape

We're lucky now we don't have to manually record tracks on tape, but mixtapes haven't lost their importance nonetheless. With Spotify, 8tracks, YouTube, iTunes, and other music streaming platforms, making customised playlists are easy peasy. Also, of course there is the good ol' burning-a-CD mixtape. All it just needs is some thought by way of you and a playlist is done. 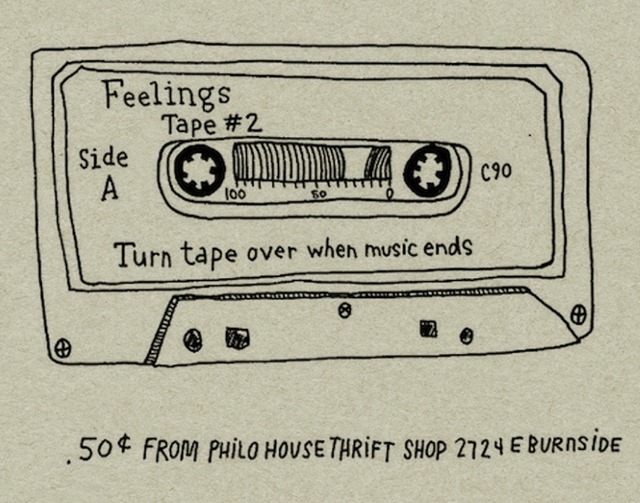 What we learnt is that there are mixtapes to communicate, mixtapes to complement, mixtapes which act as the message, mixtapes that understand that life sometimes needs a little sensory boost to perfect those moments. For characters like Rob Fleming and Rob Sheffield, mixtapes are a form of self-preservation, they play like a document of your life but more importantly, anyone can make a playlist. There are all kinds of mix tapes. There is always a reason to make one.