Words by Delfina Utomo
Thrice in two years, The Jezabels will be returning to Singapore again time this June. They must love sunny (or not so sunny) Singapore a whole lot and we sure do adore them.

The four-piece group from Sydney first played here in 2011 for Music Matters and recently performed in Singapore at The People’s Party 2012 which took place in January (Psst, check out our review here!) alongside the likes of Metronomy, Bombay Bicycle Club and The Naked and Famous. Their debut LP, Prisoner was released September last year and was well received down under. The album won the Australian Music Prize in 2011 and also reached #2 in the Australian music charts. The haunting voice of the beautiful Hayley Mary with the accompaniment of dreamy guitar riffs and melodies will definitely send chills down your spine and transport you to another dimension. Just think of them as a rockier Beach House and you’re all set to go.

We managed to catch up with band member, Sam Lockwood for a chat. This is how it went:

You’ve been back a couple of times now, what keeps drawing you back to our humble abode?

I think the best thing about being in a band is having the opportunity to go to places that would normally be classified as 'holiday destinations' and go there for work purposes. Singapore is an amazing place, and we are starting to get to know the city now. I've been to Senotosa, Haji Lane, and the botanical gardens now, and can't wait to get back to those places. And to play. Singapore is a great city to play in.

Headlining the US with Imagine Dragons in March and playing for Big Day Out, what is the difference between playing smaller shows and bigger ones? Any preference?

We don't go that crazy on tour. So there aren't many stories that are totally eyebrow-raising. But we did see a Black Bear on the side of the road in Canada when we were touring there. 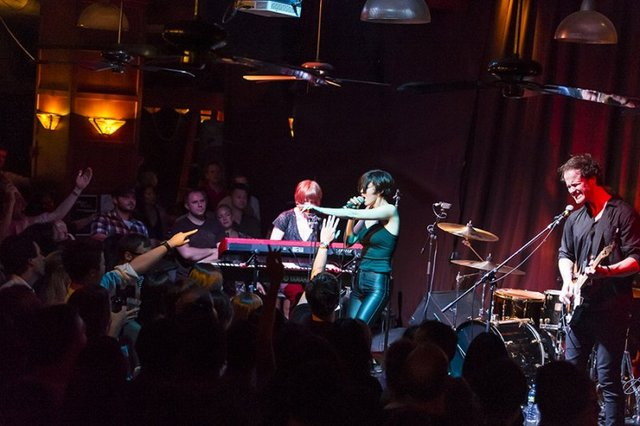 What is the best thing about this crazy touring The Jezabels have been doing? And what is the worst?

There are so many great things.. We've met awesome people and have had the chance to work with great people. I think that's the most important thing. And we've been to so many places. Like Los Angeles, Chicago, Berlin, Paris and of course Singapore. The worst is the traveling in between destinations. I used to like flying, now it's a really big drag. And jet lag sucks.

In previous interviews, you mentioned that your music has been classified ‘intensindie’, can you explain what this is?

That started out as a joke actually, and now it comes out in interviews a lot. We were always asked what genre we were and we never knew so we thought we'd invent a new one. It's ironic because I think that it's actually quite fitting.

Are you working on new material at the moment?

We all are conjuring up new material in our own heads. We haven't officially started writing together yet, but I know that we are all looking forward to getting back to the writing process again. We'll be ready next year I think.

For your songs, do you gather inspiration from personal experiences or pop culture?

Everything. All things we see touch and smell. You need to get inspiration from somewhere.

Since you have been here a couple of times already, what do like/remember the most about Singapore?

Well my manger and I went to Sentosa Beach for a day, and we had what we now call 'the best day of our lives'. We went on the cable car there, then street-luged down the hill to the beach, then had a go on the  wave rider, then walked up the island and had our feet eaten by little fish. We topped it off with a nice lunch on top of the hill at the start of the cable car. It was incredible.

And finally, if we were to sum up the Jezabels in one succinct sentence...