Australia has produced many great acts such as The Temper Trap, Wolfmother, Tame Impala and of course, AC/DC. Well, get ready to add another to the bill – The Jezabels. The fast-rising quartet have proven themselves worthy of potential Australian rock ‘n’ roll adulation.

The Indie rockers from Sydney graced our shores on the for the third time as part of their Asia Tour to promote their debut album, Prisoner. Anxious fans waited outside Home Club for the doors to open and after about an hour delay, the doors finally opened to let the crowd in – and crowded the place was. The frontwoman of The Jezabels stealthily trailed the queue, camera in hand, while recording a video. She then quickly disappeared, typical of a true ninja. 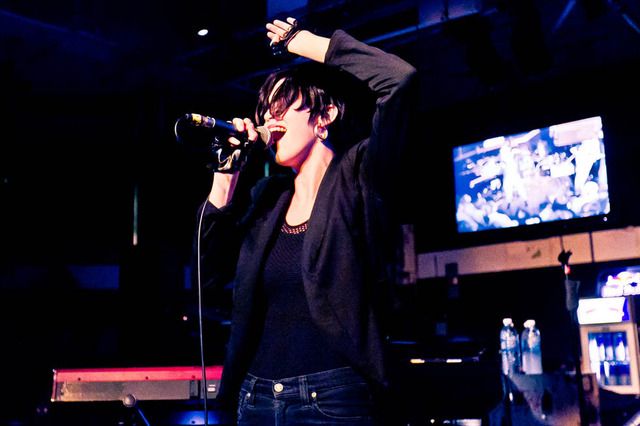 After about 15 minutes in, I was greeted with heart-pounding bass from the tracks that were being spun by the DJ. It was quite empty at first but before I knew it, Home Club was fully packed. After 30 minutes of waiting, at around 9, the band finally arrived and the crowd went wild when the band opened with their hit single, Endless Summer. The intense drumming from Nikolas Kaloper accompanied with the dreamy voice of Hayley Mary got me all pumped and my resistance to move was futile as I swayed and tapped to the beautiful melodies produced by the young band. Being a great opening, it was in no time that the band got the crowd moving and shaking. Everyone contributed to the lyrics as well.

The band then went on to play infectious tracks such as City Girl, Long Highway and Horsehead, making it almost impossible to stay still. From where I was standing, it was pretty difficult to grasp the actual lyrics as the vocals were drowned by the overwhelming bass. Despite the muffled vocals, it added to the psychedelic and somewhat trippy sound they produced. The band moved a lot while making full use of the small stage by jumping and swaying to the kicks of the bass drum. Vocalist Hayley Mary’s trademark hand gestures, when hitting those high notes, along with the side-to-side trance-like swaying by guitarist, Sam Lockwood, also contributed to the acute vibe they were emitting. You could tell that the fans were very dedicated as they sang along to almost every track without missing any words and it was very heart warming to see such great support from the fans of a rising band like The Jezabels. 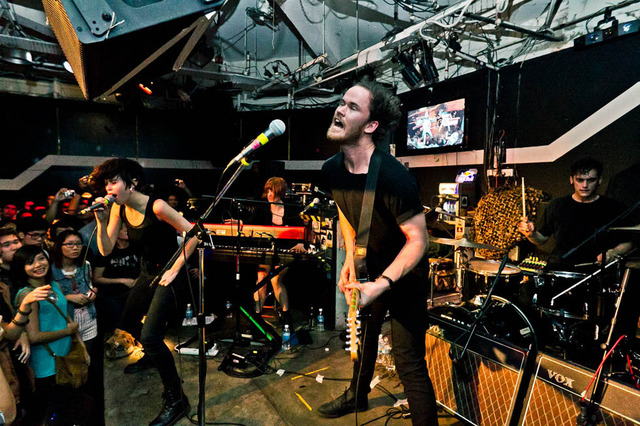 The band however, did not interact much with crowd apart from the usual “Thank You’s”. It would have been nice to listen to what they had to say about their recent success and such.  I actually anticipated the lack of interactivity as they were the same when they performed at The People’s Party earlier this year. So with lack of banter, comes a short set and a short set it was as they raced through their tracks, ending their 45-minute set with Dark Storm. As traditions go, the crowd immediately started the usual ‘encore’ chant which lead to the four of them playing one last track, of which both the band and the crowd gave their all.

The performance was solid and brilliant as a whole considering their experience but it was too short for my liking.  To me, a full set means an hour and a half of great music and unfortunately, I only got a portion of that. However, judging from the amount of tracks they have realeased and the non-stop touring they have been doing, I understand and emphasize. All in all, The Jezabels definitely proved to be one of the leading emerging acts from Australia right now as they embark on their US/UK tour starting 23rd June. This band is definitely one to watch and if they ever decide to come back to our shores again, do not miss the chance to catch them.