The final instalment of the Mosaic Music Festival saw a lot of people waxing nostalgic about their past Mosaic experiences. A noticeboard full of shout-outs at the Esplanade concourse, pillars full of flyers over the years, a photo board of all the Mosaic alumni, it was a nice rush of blood to the head to recall fond memories. Whether it was camping out at the Esplanade for two weeks, or catching two shows in a night, quite the lot of us would have good memories of the gigs and fun we have had catching favourite acts live and sometimes even snagging a photo and autograph.

It was a great closer to the festival this year, with the roster of amazing talent they had onboard. Chillwave central with Washed Out, a rocking good time with Charlie Lim, some feel-good vibes with the fun Alpine, supper with Young Dreams - we had many good takeaways from this year's festival which made us feel a little bittersweet once it was all over. Here are our highlight shows from Mosaic: 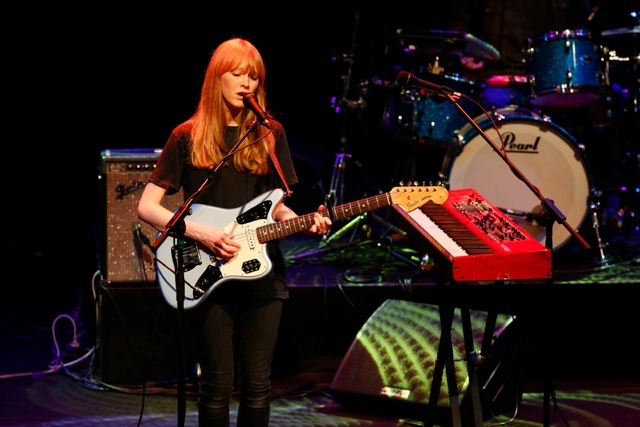 Admittedly, I got to know of Lucy Rose from her days as a sessionist with Bombay Bicycle Club. She was interesting, one of the boys, and had a lovely voice. And then Bombay Bicycle Club became very huge and so did she eventually (she still contributes to their music - 'Carry Me' from BBC's new album). Mosaic Music Festival bringing her in was probably one of the best things they have done, amongst other great things like announcing the likes of Grizzly Bear, toe, Tortoise, Aphex Twin and many more in the past years.

But would would have known that Lucy would sell out three big shows in the Recital Studio in two days in such a short time? Even Lucy didn't know. As she stood there at the 7.30pm show on Saturday, she took in the audience, someone shouted the mandatory I love you Lucy! and she said, "This is crazy, how do you all even know my name." The answer is easy, my lady: the internet.

For quite a while, you'd find videos of Lucy Rose doing an acoustic session here and there floating around YouTube, but no album for a long time. It was only until the release of Like I Used To, that she actually had to get out there and tour. The album also made for most of the setlist at the Recital Studio, and she also threw in a couple of new tunes, such as 'Nebraska' which was really about Nebraska. Still, the audience's total interest in her wavered not even a little as she shyly introduced fresh tracks that no one has previously heard before.

Lucy Rose has the kind of voice that is quiet but could well enough quieten a noisy room. Delicate and direct, with lyrics potentially leading to heartstring-pulling territory, but she keeps it balanced and punchy enough (thanks to her amazing backing band). I expected a sort of hush-hush intimate gig but for that show, I found myself standing a few feet away from her face. Yes, somewhere during the gig Lucy herself requested that everyone were to stand. They did just that and also planted themselves on the stage with her.

For a little over an hour, she took us places - a long bus ride with 'Night Bus', to the park in summer with 'All I've Got', a stealthy night walk with 'Middle Of The Bed', a pensive day indoors with 'Shiver' and then there was even headbanging with 'Bikes' and 'Red Face', and a post-rock-esque extended jam after some songs. Impressed, moved, a little blue (from her sad songs) and feeling a good buzz, all these feelings at the same time. Surprises at a Lucy Rose gig, who would have known. 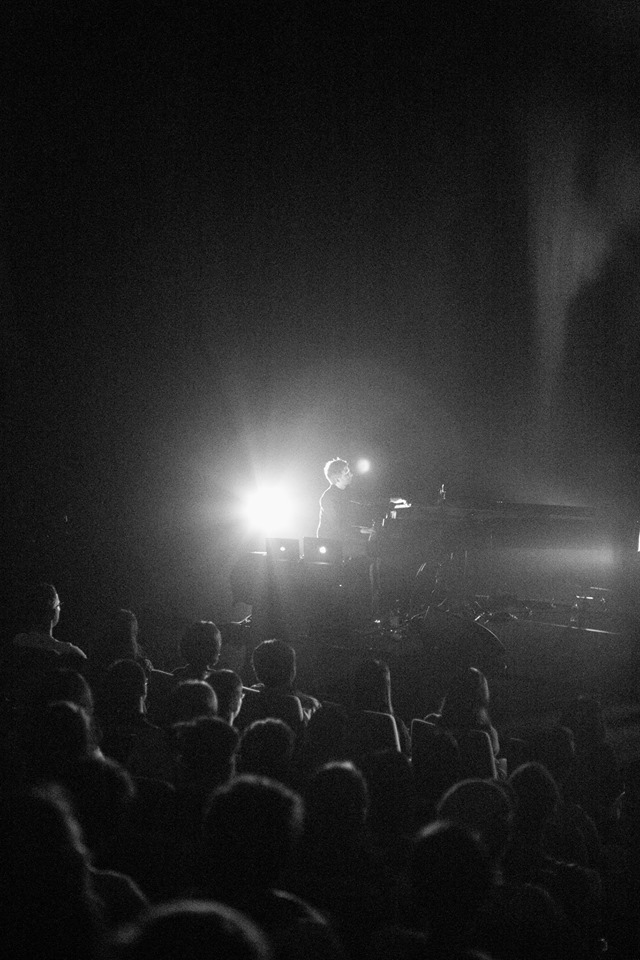 For decades, Europe has stood out for their distinct music scenes: its countries being able to contribute something entirely their own in terms of style or even whole genres. Germany changed the face of modern rock music with their influx of krautrock bands (and of course Stockhausen), Norway unleashed the freezing-cold depths of their forests, birthing a sinister brand of black metal and Sweden added a dose of melodic sensibility into the brutal world of death metal. None, however, can beat the celestial romanticism of Icelandic music. With theworld first taking notice during the 90s with the introduction of both art-pop queen Bjork and post-rock dreamers Sigur Ros, Iceland has become most well-known for its eccentric musical exports that share an air of mysticism and child-like wonderment towards experimentation.

While you have newer acts like Of Monsters and Men and Asgeir cautiously embracing influence by popular modern music, Olafur Arnalds falls in line with them while also remaining remarkably unmistakable in style that belongs only to Iceland. Previously a drummer for several hardcore punk and metal bands, he took a 180 turn by immersing himself in the minimalist side of contemporary classical music while progressively turning towards non-classical styles like post-rock, electronic music and pop for songwriting. All at once cinematic, rich in its starkness and strikingly gorgeous.

On the grounds of the Esplanade Recital Studio, Olafur began his set with a little help from us. He conducted the audience to sing in certain notes while recording it on his iPad, manipulating the recordings later as part of a composition which quickly cemented his skill both as an immensely creative performer and a warm, affable entertainer with his dry sense of humor and charmingly awkward disposition. "You guys are good singers. The audiences I usually record are shit." he quips. His set, while comprising mainly of his newest and most successful effort For Now I Am Winter, saw him unearthing old compositions. Highlights were the sublime 'Ljosio' and a fiery performance of '3326' by his violinist Björk Óskarsdóttir.

Olafur's penchant for minimalism extended beyond his music, with visuals consisting of nothing more than gentle orbs of light. Accompanied by a cellist and violinist, along with a vocalist on certain songs, Olafur showcased his innate ability as a composer well aware of the power of ambience. This especially shines in the songs he performed that night, conjuring rich atmospheres that are immersive and inviting. I must admit my mind tends to wonder a lot (even during the most engaging set by a performer sometimes) but his music refused to loosen its grip. I found myself deep in thought but never losing focus on the performance. It was a strange and oddly comforting experience. His music is able to master the environment without having to resort to maximizing volume, oh he does quite the opposite. To me, it was a testament of how chords and melodies are able to express and stir emotions, as much if not more than lyrics. Olafur knows that very well. 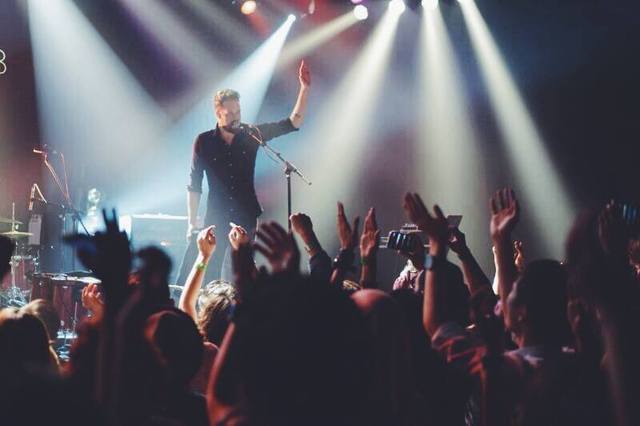 With post-rock shows held at the Mosaic Club (the Esplanade Theatre Studio), one can always expect a bloody good time. The stage: intimate. The lights: dazzling, but not blinding. The sound system: outstanding. With Caspian - who managed to pull off one of the best post-rock albums of 2012 with Waking Season - they exceeded all our expectations and tore our heartstrings right open with a very emotional performance at Mosaic Music Festival.

Fresh from playing with fellow instrumentalists And So I Watch You From Afar in Manila the day before, the Massachusetts quintet were pleasantly nonplussed when they arrived here to  receive the special Esplanade treatment and excitedly promise an ‘unreal’ show for their fans.

But ‘unreal’ was only one of the many adjectives to describe their set. Caspian treated us to a satisfying balance of songs old and new, taking us through their progressive sonic journey from the hard-hitting (almost metallic) tracks such as ‘The Raven’ and ‘Malacoda’ from Tertia to new favourites from Waking Season with ‘Gone In Bloom and Bough’ and ‘Halls of the Summer’, while also adding gentler classics from 2007’s The Four Trees.

It’s a bizarre feeling, finally catching a live performance of the band that you’ve been listening to for around seven years or so. The anticipation can either make or break the experience, and things usually fall on the latter side when you realize ‘oh so that’s it?’ if the band doesn’t reach the already lofty (not so mention unrealistic) expectations you’ve set for them. But like what we’ve went through as we felt little detonations in our hearts with Explosions In The Sky live at Camp Symmetry, we couldn’t help but stand there with our heads spinning wildly as underwent a dense vortex of climaxing guitars, bulky bass melodies and thunderous drums, with silence barely finding its way out onstage. We were rewarded with cinematic sonic brushstrokes and an atmosphere that induced goose pimples in places that we didn’t know can have goose pimples.

The ultimate conclusion arrived in their final song ‘Sycamore’, in a cacophony of guitar tremolos as each guitarists slowly left their instrumentations on loop and joined in the drumming duties, each person adding a distinctly dramatic layer of percussions before each electric melody faded away into a full onslaught of stormy drumbeats that ended as quickly as it began. We’ve watched the same performance countless times on Audiotree, but nothing could ever prepare you watching that spectacle live - it sure elicited a few tears in the crowd. Truly, it was something that reminded us why we’ll never get sick of live music, and perhaps something that Mosaic intended us to feel: real magic.