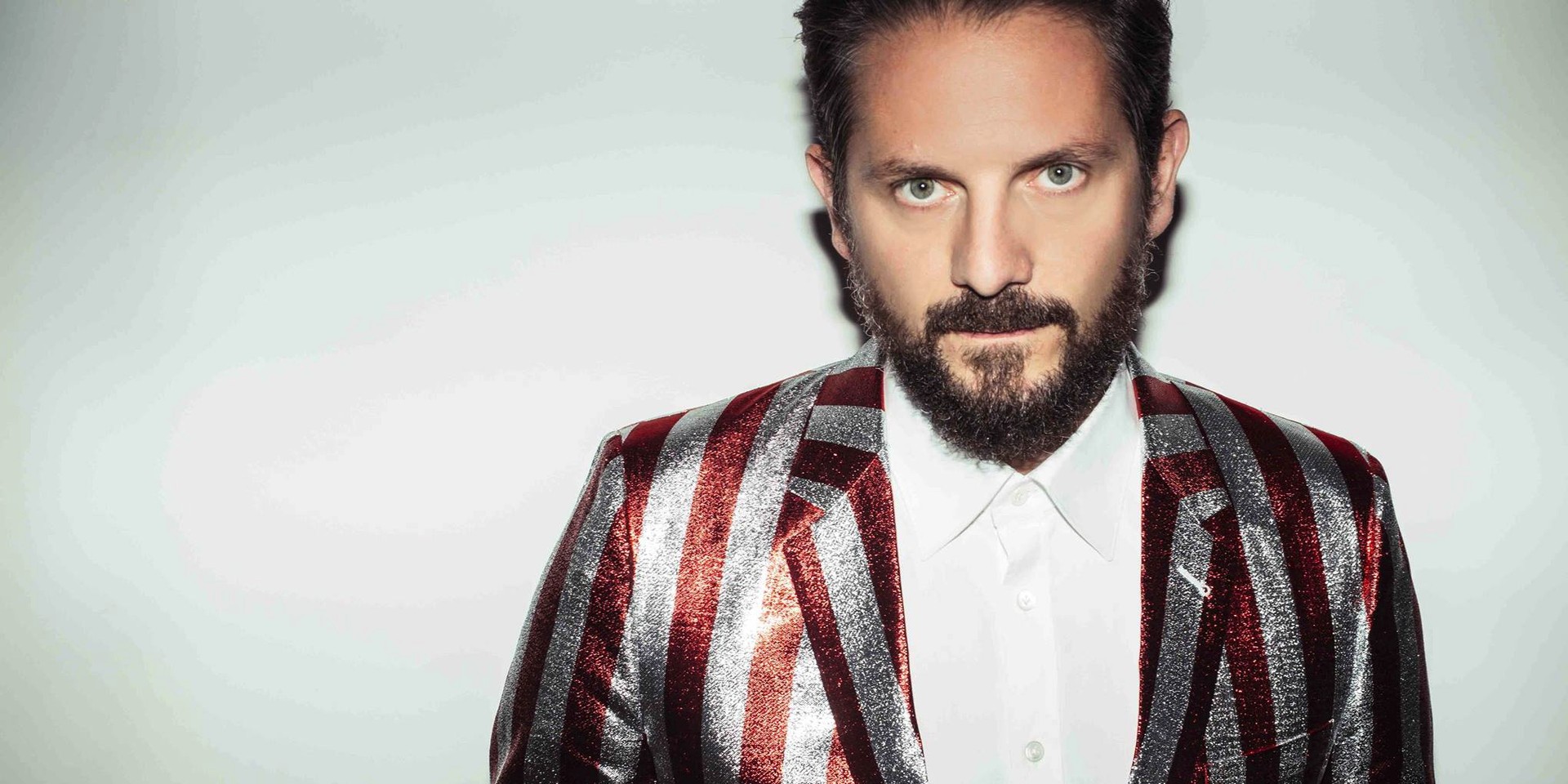 The Magician may be known for his eccentric stage persona and addictive indie-disco mixtapes, but his approach to music is filled with wonder and a hungry, indiscriminate attitude.

"I listen to a group or artist without thinking of a genre," he plainly tells us, listing acts like Frank Ocean, Harry Styles and Bibio amongst the endless list of musicians he listens to daily.

Real name Stephen Fasano, he's quickly become one of the most in-demand DJs in the world of modern disco music, or as many tend to coin it, nu-disco (just don't say that in front of him).

His refined, elegant take on the funk-driven form of dance music has earned him a cult following worldwide with his ongoing series of Magic Tapes. With nary a tracklist to pore over, all of his followers on social media follow the DJ closely for a new edition, which is dished out almost every month (74 and counting!)

Fasano has a ferocious appetite for newly produced tracks and dusty crate rarities, and he's been able to maintain the series for close to a decade.

"The process takes a month," he tells us. "I receive tons of promo, I look into new stuff and I ask friends/artists/label managers if they have an exclusive new tune to be premiered in the new Magic Tape."

He sorts everything out and picks our "10-12 favourites" to mix into a new Magic Tape. "I always make the mix right before to drop it on Soundcloud in case I miss any new music," he says.

Earning his name from his long-time girlfriend — "She thinks I'm a magician," he admits. — The Magician has refrained from cashing in on his unique stage name in the world of high-stakes EDM theatrics. At least, he's tried his best not to.

"Once I thought to bring [along] a magician to [perform] tricks onstage," he says, "but the focus would have been on the tricks and not the music." He even once considered entering and exiting his sets with an overwhelming puff of smoke.

He's kept his sleight of hand to his impressive selection of music, whether if it's onstage or on Soundcloud. Raised on a diet of Michael Jackson, New Order, Toto, Supertramp and Queen, The Magician's own productions are filled with wide-eyed pop pleasures and a gratifying disco edge that serve as timeless oddities, even in this age of 80s fetishism.

Just like the greatest magicians, Fasano has worked on perfecting his biggest appeal to worldwide audiences — his track 'Sunlight', featuring pop band Years & Years, has been one of his biggest hits so far, with over 5 million plays on SoundCloud alone.

"'Sunlight' has that magical chords + vocals that make you a bit nostalgic and sad," he explains, "but always with hope and [brightness] at the same time. My version of Lykke Li's 'I Follow Rivers' has that feeling too."

The Magician is keeping himself busy, with constant shows and upcoming releases — his latest Magic Tape was released only two weeks ago. Headlining Odyssey Presents: 3x3 this Saturday, he's looking to seeing the Singaporean crowd once again. "I had a great time the last time I was in Singapore!" Maybe, just maybe, there's a puff of smoke this time.

The Magician will be performing at Odyssey Presents: 3x3 on October 14th at Wave House Sentosa. Admission is free if you sign up via iGo.