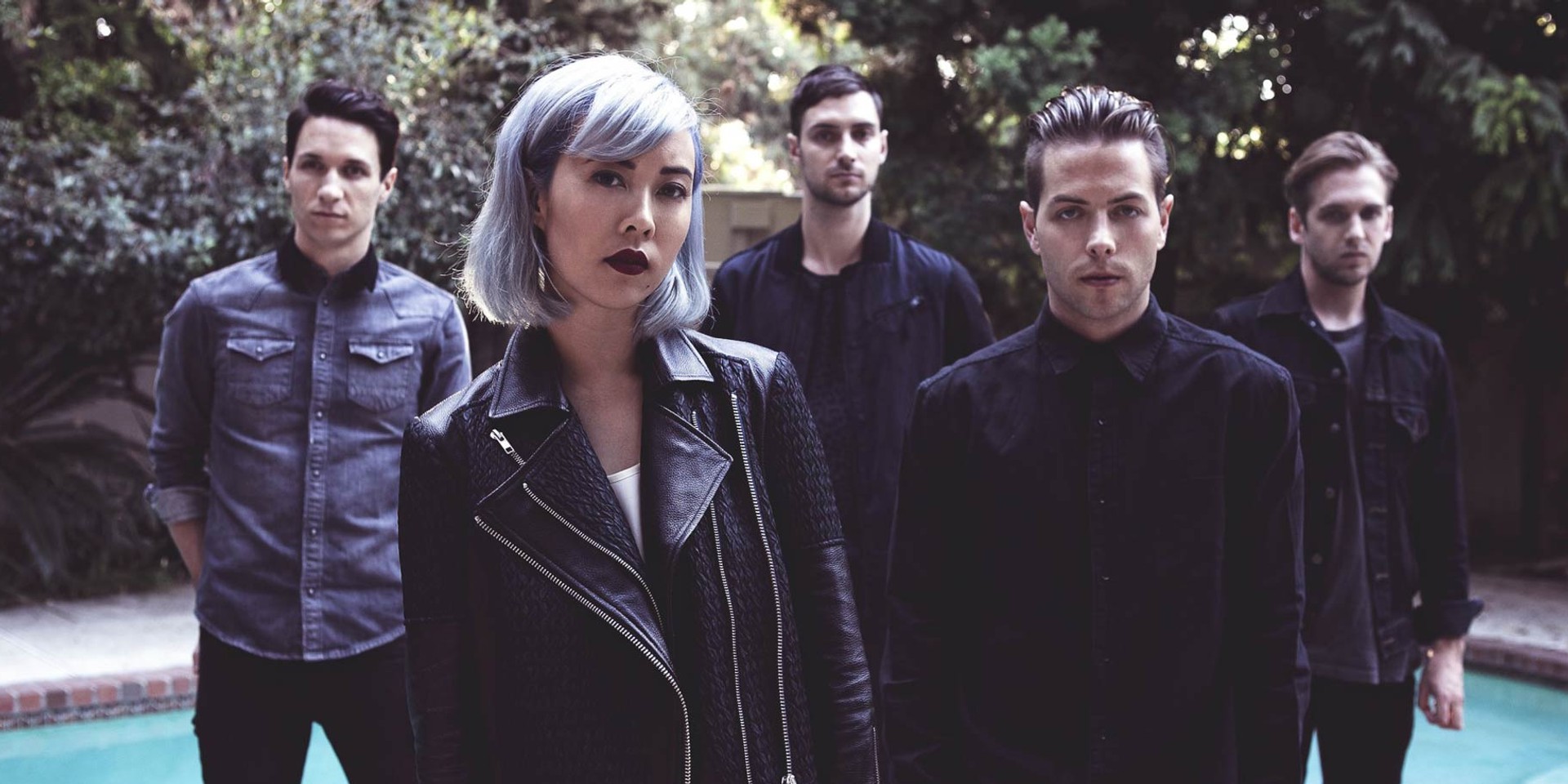 As it stands, things have gotten a bit more cosier and intimate, as Thom Powers and Alisa Xayalith look around trading soft polite excuse-me’s, skipping past various personnel in the crowded tent backstage.

The pair were dressed in their usual attire of black on black, along with an air of impassiveness paired with their facial expressions as a photographer snaps a portrait of the entire band, collectively known as The Naked and Famous. The band were in town to perform at the new Bliss Out festival, where superficiality and materialism were taken out of the equation — with yoga, wellness, music and all things good vibes were added in its place.

As I entered the venue for the second session of Tantra Vinyasa yoga, following the cancelation of the first session (due to the usual seasonal December downpour), I cracked my back and mimicked the pallid instructions from the well-toned instructor. "Left arm twist, spine curved outwards, right leg over right hand."

I understand my body was obviously not made for contortion, unlike the other seasoned yoga pants-wearing participants with their flexible joints and limbs. I lost my balance butt-first into a wet sorry spot on the festival grounds.

The music portion of the event started off with Inch Chua performing tunes off her latest EP, Letters to Ubin. Before the trebling bass and upbeat vocals of Inch in 'Simple Kind of Life' could take hold of my body in a ritualistic manner, I was brought to the back of the stage, where I sat knees-tucked with The Naked and Famous.

Twenty minutes earlier, the band had just taken a short nap before getting into the venue. Powers and Xayalith look slightly jet lagged and a little delirious from flying 30 hours the day before, coming over from Los Angeles to Singapore, but there were signs of glee and promise in their animated actions. That’s the vibe that they seem to push around; as they both equally embody terms, easily at best, that most people would regard as ‘offbeat' and 'quirky’. 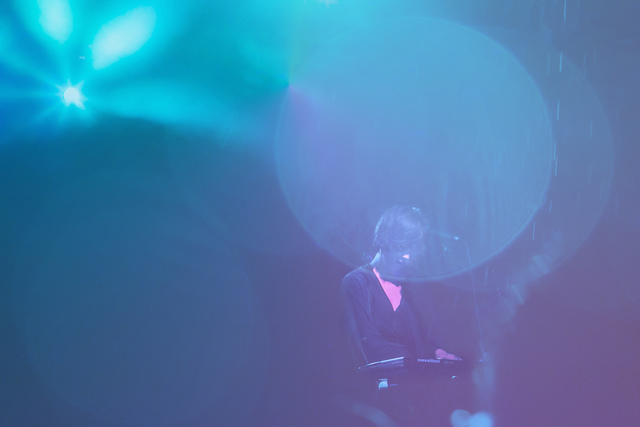 Thom describes the scene that he finds himself the protagonist to “I don’t mean to sound cynical but when it comes to festivals, it all comes down to the best dressing room,“ he says. "You have to be thick skinned to enjoy them as an artist because of how random and how they are organized. It is fun but they keep you pretty humbled.”

Thom talks more about festivals and how the weather in Singapore is “a bit like New Zealand, we have four seasons in a day as well.” Between the band and the other journalists, the statistics are apparent — the band are into the last quarter of the year but tonight marks their first live show of the year by the New Zealanders. Thom and Alisha intermittently described the past months as intense periods dedicated to the recording for LP3, as they ride into gear for a new cycle and phase of the band.

“We are in the middle of recording (the third album). We are done with the writing, what’s left is for it to be recorded now. It will be released some time next year."

With the second record In Rolling Waves sporting a rawer sound compared to their sparkling debut, the third album doesn't aim to deviate from it. "The process hasn't really changed for us," explains Thom. "I don't think there's ever a conceptual theme behind our music. It is always about personal expression. I think the third album is going to be more modern, more pop and more electronic. I wouldn't say like romantically it's a love record or even a growth record, the lyrics have never been too detailed for it to be seen as a big picture."

However, despite the intrepid fearlessness in the band's lyrics, there is still some anxiety peeking from within, stemming from releasing music as Thom notes of the music industry moving away from the old model of a bi-annual album cycle. "Musicians are putting out music all the time and people seem to be consuming them track-based. I think we're going to release music by singles before the entire album is finished. I feel discouraged and anxious when we go off-cycle. I can't handle it and I just want to be in a band constantly and exist in one." 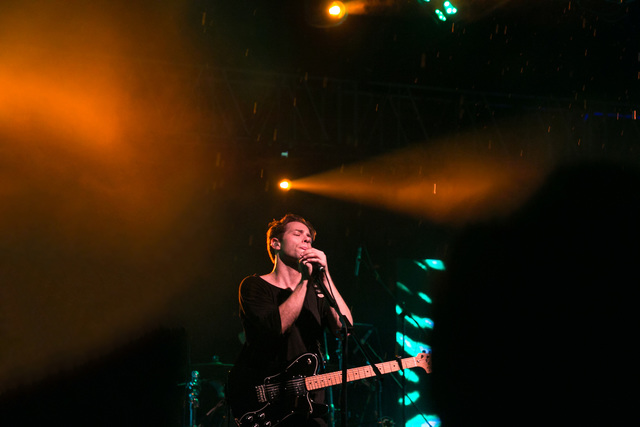 With Thom and Alisa feeling more at ease with the interview and less of that "new-album anxiety", we provided the pair with a selection of sharpies and got them to draw out the answers to the next portion of our interview.

What is the most memorable thing from your past two days in Singapore? 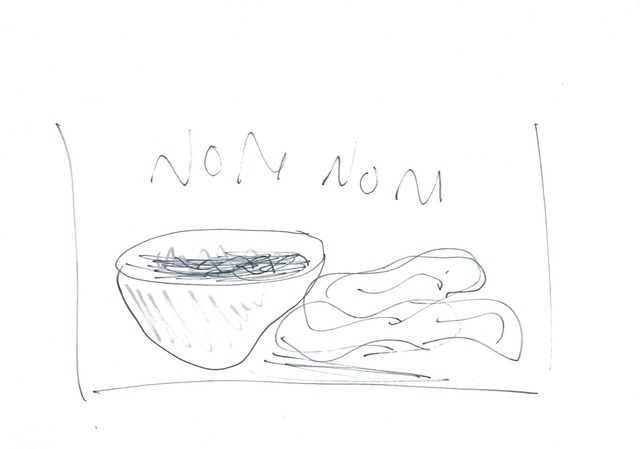 A: "That's not noodles, if you can't already tell. It's nom nom, also known as Roti Canai, it's our favourite food. Thom was eating all of mine last night!"

If you could have an alternative art work to In Rolling Waves, what would it look like? 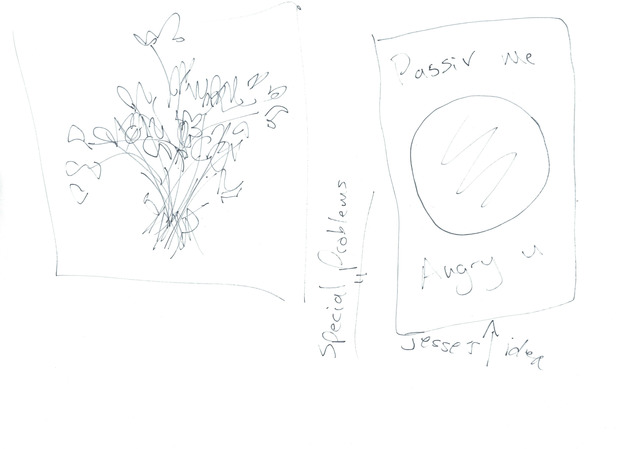 T: "There's a whole series that are in the inlay of our album, we had one with all these beautiful flowers, they were like a whole bunch of different ones in a bouquet sort of manner. They are all by the same artist but we picked this one because it was the most iconic and singular. For the debut album, we had these guys called Special Problems, they did all our art work for years and our covers."

A: "There was once where Jesse drew an alternative cover to Passive Me Aggressive You using a paint programme and he did a shitty job just like that. It’s like the worse thing ever. It's all Jesse’s idea. I think it’s on our Instagram page somewhere."

What inspires the music that you make? 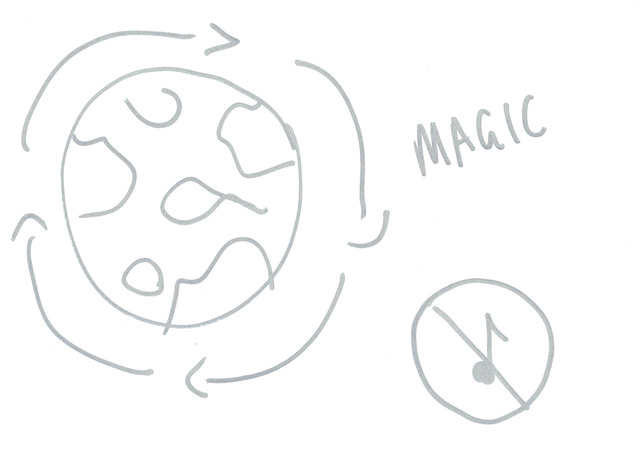 A: "Earth. The world. Everything to do with people, nature, culture, countries, it’s like an endless thing. The human condition. It inspires me very much."

T: "I want to say that It’s a little less obvious but it’s not really music that ends up inspiring you to be a musician. I will say it’s a bit more bigger than that. Especially when you become a musician, it ends up not being from music, you get inspired by the other things in life, you can get inspired by your dog, your livelihood or the idea of doing things as best as you can. it’s an expression of that. I’m not a spiritual person at all but all that shapes you, when you’re a musician it’s what you want to bring out. It seems a little like it’s taking the magic away, but that’s how I feel about it." 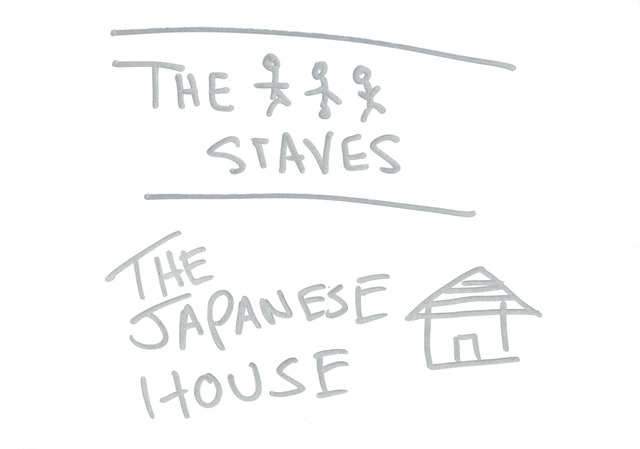 A: "So this is mine. I’m a sucker for them (The Staves) as I’m a vocalist, these girls are three sisters who sing in harmony and the most beautiful voices, I listen to their lyrics, their vocals and their melodies, everything about them inspires me. Their music is folk-pop, very contemporary stuff. These girls really touch me."

T: "I’ll show you one of my favourite, I really love Japanese House, super into the album. We met her when she came to one of our gigs and we had a fun drunken night out. She’s a real sweetheart."

What do you hope the audience will be like each time you play a set? 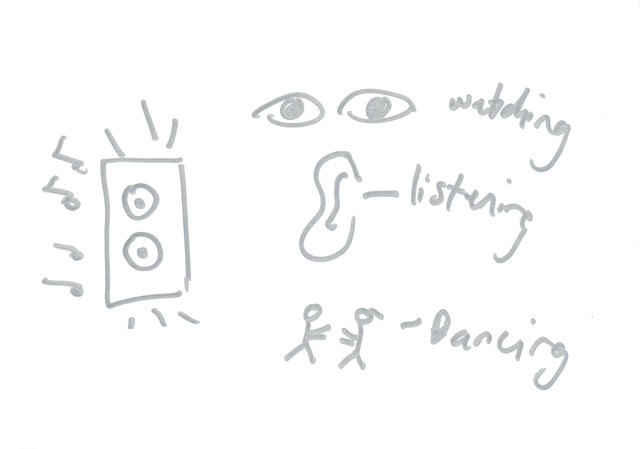 A: "I just hope they connect with the songs and embrace the live experience of hearing music they listen to live, that’s what i do when i go see one of my favourite bands, standing there listening and dance when i feel like dancing, i would hope that our audience does the same. I wish I could draw the dancing emoji girl, the one in the red dress. Listening, dancing."

What’s your oh fuck we made it moment in your music career? 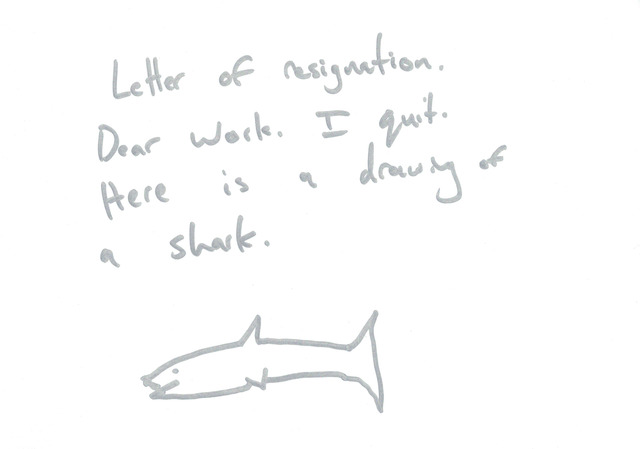 A: "When I had to quit my day job working in a shop, I got a call from our manager, he called me at the shop, he’s like Alisa it’s time to quit your day job we’re going on tour. that was like 2009 or something it’s like that movie almost famous when he gets the gig to go on tour and he gets to write about them. that’s a moment i would never forget."

T: "I quit my job first I think. I got fired. This is before we were even like a big band or anything. I got fired first then Alisa got fired second."

A: "I didn’t get fired. It depends on which job you’re talking about. I got fired from a record store that I was working at. We were checking too many emails to making sure we had gigs for the Naked and Famous, and they're like 'You’re not allowed to use your computer for your personal use'."

T: "Except that she worked in the clothing department so it wasn’t music related."

What’s like playing in a band with four other boys? 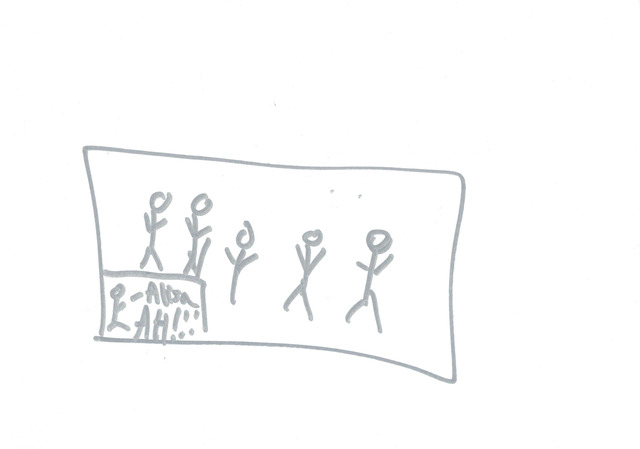 A: "It’s interesting. Sometimes when we are on tour and I need to have a shower or get changed. There’s very little room for me to do that. Usually we have a huge crew of men walking around. Basically I feel like I don’t have enough space."

Bonus Round: We got the Naked and Famous to draw their interpretation off the names of two local bands 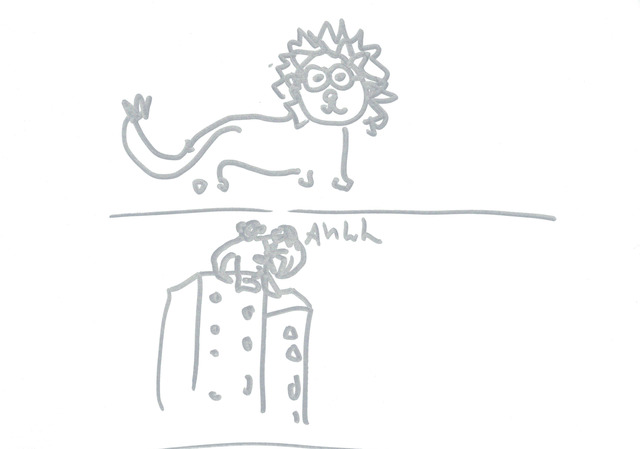