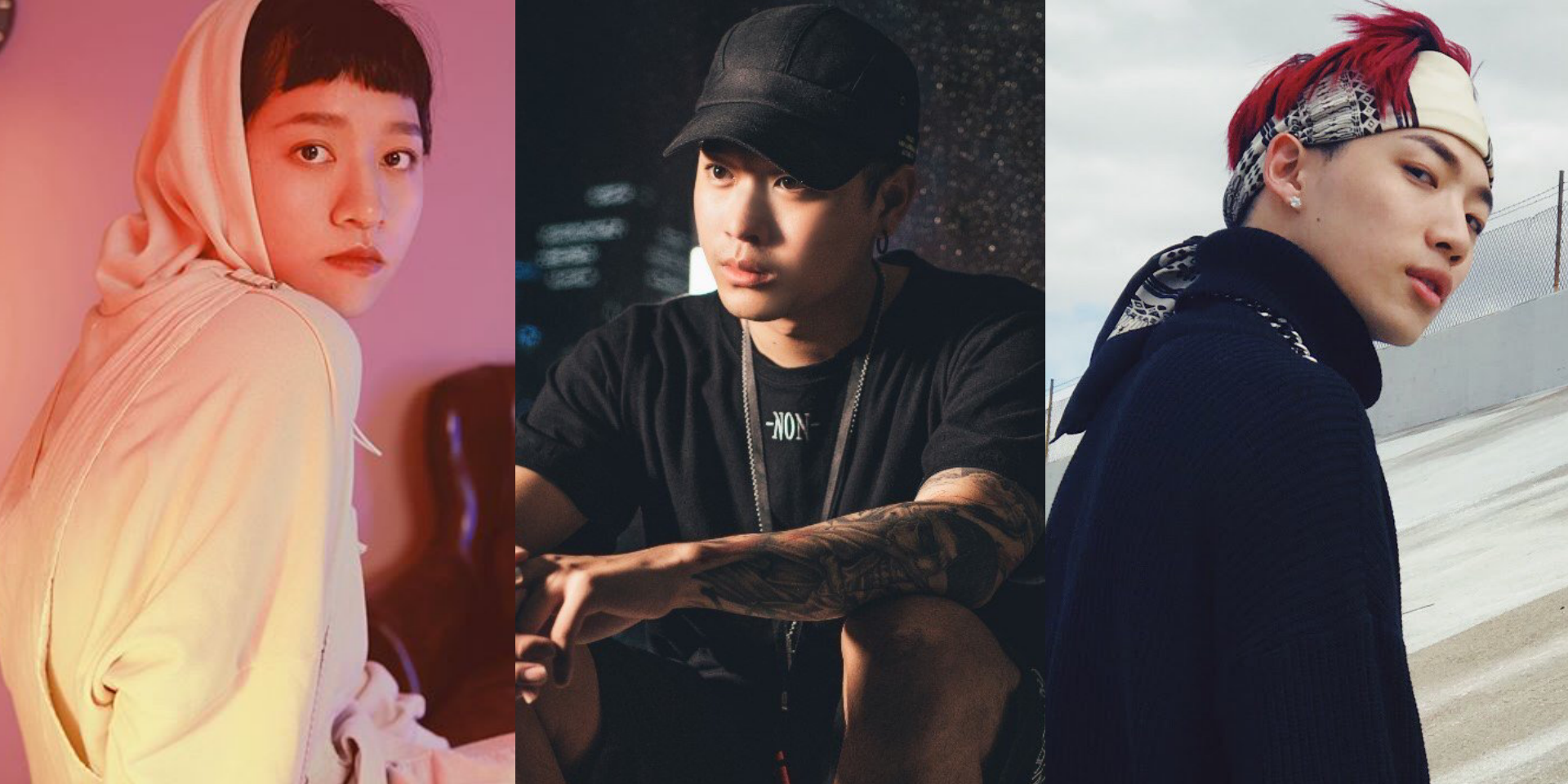 The unwavering passion and undying experimental spirit innate in Taiwan’s music scene is a fundamental reason why it has only flourished and diversified over the last few decades. A core characteristic of the Taiwanese scene is the dedicated attention to mainstream and indie spheres, aided by institutionalised platforms, such as the Golden Melody Awards (GMA) and the Golden Indie Music Awards (GIMA), and encouraged by the eclectic tastes of listeners. A rich history has also set the trajectory for expansion – numerous pioneering giants in their respective genres have achieved critical international acclaim and paved the way for today’s artists.

Taiwanese hip-hop has been thriving for several decades, but mostly under the radar. Particularly, in the last decade, it has sprouted through the cracks and is making its mark in the mainstream. While the underground still remains active, the new wave of Taiwanese hip-hop artists is becoming increasingly visible and popular.

Taiwanese hip-hop first solidified itself and became popularised with Taiwan’s first commercially marketed hip-hop group, L.A. Boyz, which was active from 1991 to 1997. The trio achieved widespread popularity in Taiwan with its hybrid of American and Taiwanese background and representation.

The genre’s growth in the subsequent years remained mostly underground, although several ground-breaking pioneers achieved a similar status of mainstream popularity from the late ‘90s to early ‘00s. At the same time, record labels also emerged and propelled hip-hop in Taiwan to an unprecedented level of accessibility and acceptance.

The godfathers include MC HotDog, Dwagie, and hip-hop group 頑童MJ116. As one of the first rappers in Taiwan to rap in Chinese and convey stories of what it meant to be Taiwanese, these rap pioneers shaped the trajectory of Taiwanese hip-hop.

In the 2000s and early 2010s, following the pioneers, more hip-hop artists and record labels have emerged and helped to solidify the presence of the genre.

True Color Music is the first commercially successful hip-hop label, with MC HotDog and 頑童MJ116 under its management. KAO!INC. started out as an indie record label in 2005 but has become one of the biggest hip-hop labels, housing well-known rappers such as Soft Lipa, Leo Wang, GorDoN and DJ Didilong. Rapper Dwagie started Kung Fu Entertainment, which manages rappers such as Poetek and Xiao Ren. Ainoko Entertainment is known for being the label to hip-hop group 911 and recently also B.C.W.

The gradual growth of Taiwanese hip-hop into the mainstream is not unexpected. Marquee names such as Will Pan and Jay Chou are responsible for ushering rap into the vernacular of pop music.

Now, Taiwanese hip-hop is recognised as something disparate from conventional, ballad-y Mandopop. It has come to become a standalone, recognised genre, thriving both underground and in the mainstream, brimming with a compelling mix of artists, showcasing an extensive blend of trap, old-school boom bap, R&B and jazz. This is with the help of awards such as GMA and GIMA, pushing once obscure artists into the spotlight. Now, it sits on its own throne.

The fluidity and expansiveness of the genre is something that makes it unique and gives it the potential to grow even more in the near future. Below, we shine a light on some of the head-turning voices in the genre, including Leo王, ØZI, 高爾宣 OSN, Hsien Ching 陳嫺靜, Trout Fresh 呂士軒, LEO37 and 周湯豪 NICKTHEREAL. 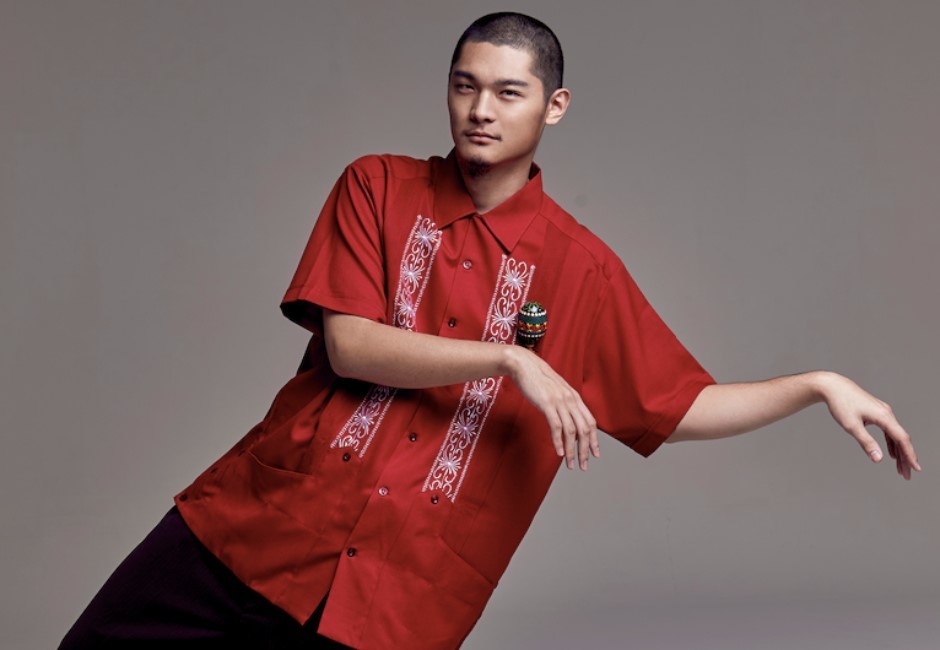 Leo Wang catapulted to the forefront of Taiwanese music after the 30th Golden Melody Awards this year. With his third album Wu Bing Singing, Yo Chin Soothing (無病呻吟有情抒情), he was nominated for the Album of the Year and Best Mandarin Album award. He ultimately won the Best Male Mandarin Vocalist award, making history at the GMA by becoming the first hip-hop artist to emerge winner in this category.

Described as ‘a rapper who is most unlike a rapper’, Leo Wang is recognised for his distinct, drawling style and chill blend of hip-hop, jazz, R&B and reggae. While other rappers dwell on familiar themes such as fame, money and girls, he sets himself apart by rapping about his everyday trial and tribulations, including skipping school and losing five thousand dollars while touring.

His began his music career in 2013 not as a rapper, but as the lead vocalist of punk band Gigantic Roar (巨大的轰鸣). In that same year, he also released his first mixtape, titled 1st Demo. 2016 marked a significant year for him, as he co-formed the hip-hop group Ye Mao Zu (夜猫组) and released his first and second full-length albums Lamb (羊肉) and Artists' Mood (艺术家脾气). His well-known tracks include ‘Weekends With You (陪妳過假日)’ featuring rising Taiwanese singer 9m88 and ‘快樂的甘蔗人’, where he raps in Taiwanese and Mandarin. 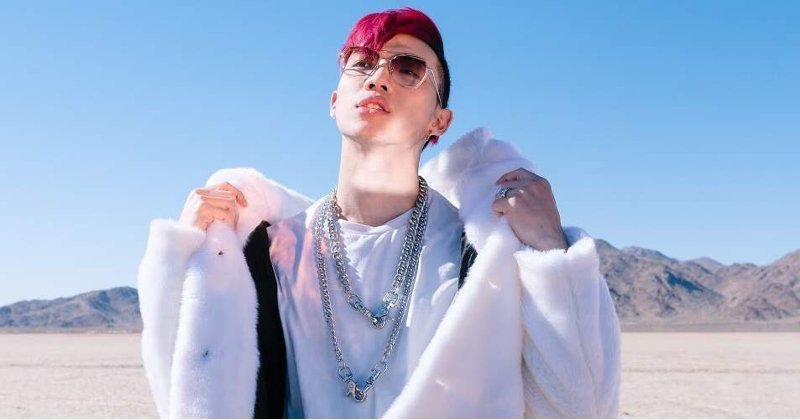 ØZI is one of the most influential rising artists in the Taiwanese music scene today. Born in Los Angeles and raised in Taipei, ØZI lies at the intersections of urban hip-hop and R&B and is uniquely positioned to deliver an enthralling blend of contemporary Western sound and lyrical narrative style in Mandarin. In the GMA which took place earlier this year, he was nominated for an impressive number of six awards with ØZI: The Album and ultimately won the Best New Artist award.

He officially debuted with his first album ØZI: The Album in 2018. In the same year, he also released his first EP And Then I Turned ØZI. Some of his top hits include ‘B.O.’, featuring 9m88, and sultry, R&B-influenced ‘Paradise Island’. He has also collaborated with esteemed artists including Jiajia on ‘House Party’ and composed for Show Lo’s ‘No Joke’ alongside Starr Chen and Tipsy Kao.

He revealed in an interview earlier this year that he is currently working on two projects, one targeted at the Asian market and the other at the Western market, which will be especially relevant for the Asian American community. 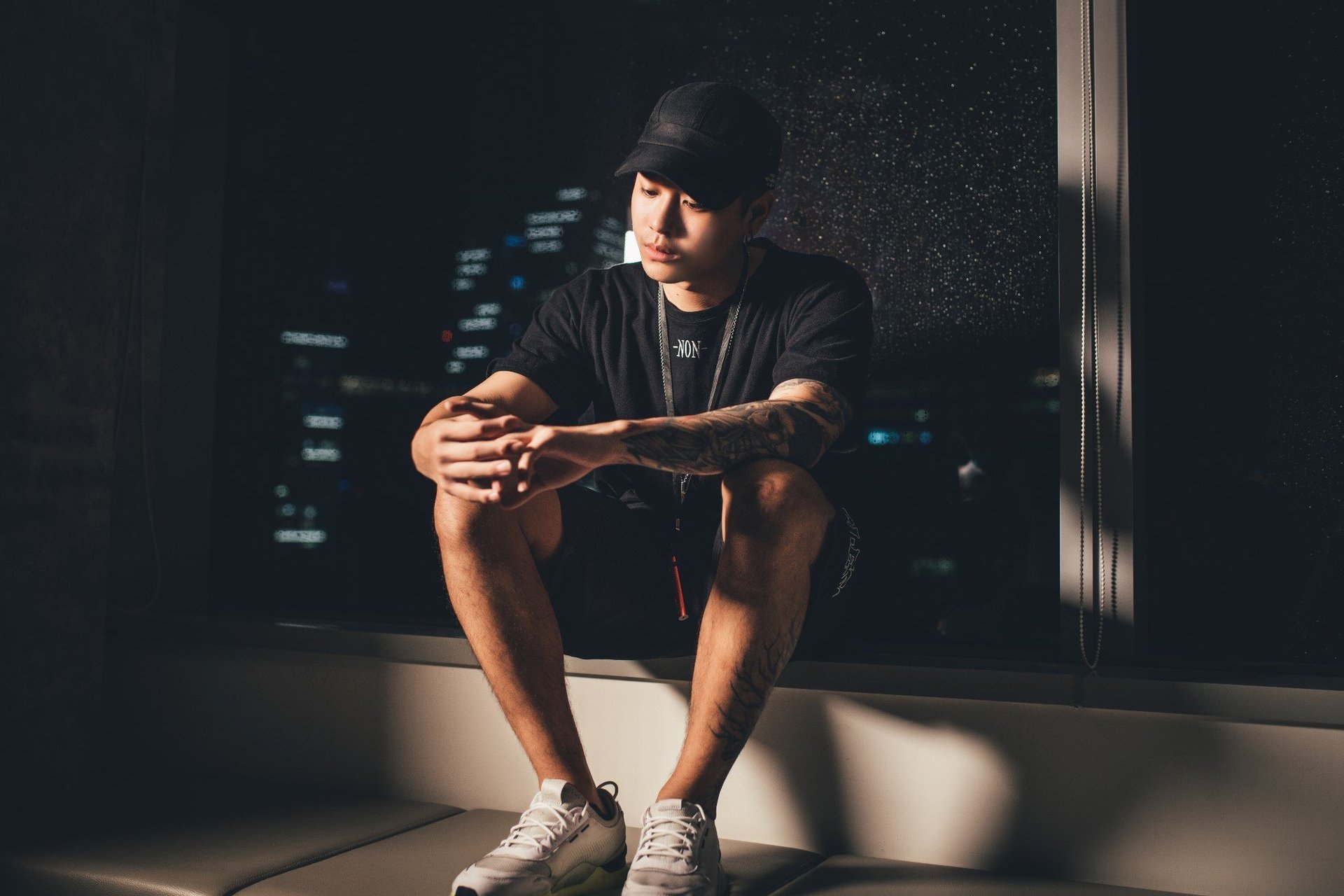 Known for his melodic, sentimental and R&B-influenced rap which uses love as its muse, 高爾宣 OSN shot into the radar in recent years and is recognised as one of the most promising rising hip-hop artists in Taiwan.

At his lowest point in his music career, his passion for music was rekindled by 頑童MJ116’s E-SO (瘦子) and he has also been widely labelled as E-SO's successor. His path was also paved largely by R-Chord, who discovered his music online, shared it on social media and subsequently brought him along on campus tours.

In 2018, he became part of a hip-hop group CHING G SQUAD, comprising SHOU, CHRISFLOW and RED. The group released its first EP Watermelon in September.

OSN’s debut album #osnrap was unveiled earlier in April. Proving his versatility in the ten-tracker, he delivers the balanced mix of laid-back, blues-tinged tracks that he is known for and hard-hitting, grunge-y trap. 'Without You’, a romantic, confessional single off the album, topped the KKbox charts for three consecutive weeks. ‘Everybody Bounce’, one of the more intense tracks off the record and also the first-ever single he shared with the world, stands in contrast as an unapologetic trap anthem. 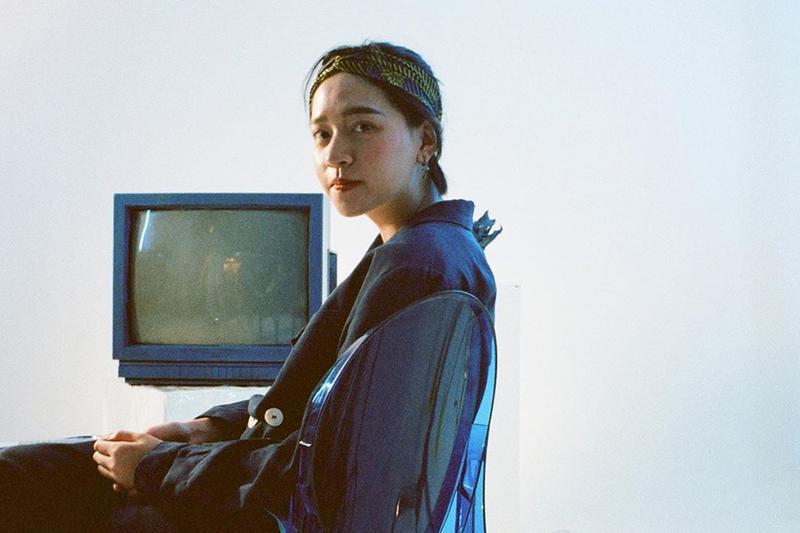 Rising female hip-hop artist Hsien Ching 陳嫺靜 has been making her mark on music charts with her prominent, whimsical style. With four singles on StreetVoice, she has demonstrated her multifaceted sound, marked by a laid-back fluidity and a freshness much sought after today, and established her position in the scene, occupying the space between alternative hip-hop and contemporary R&B.

Her debut single ‘有人責備我們不夠深入’ falls on the old-school rap side of the spectrum, tinged by jazz elements, as she smoothly rides the beat. Since then, she has released ‘輕輕’, as well as Call In 計畫 which comprises three singles and in which she has released the first two, ‘問題先生’ and ‘I Wanna Be’.

She has also recently collaborated with indie singer-songwriter Enno Cheng on ‘At A Rainy Night (街仔路雨落袂停)’. 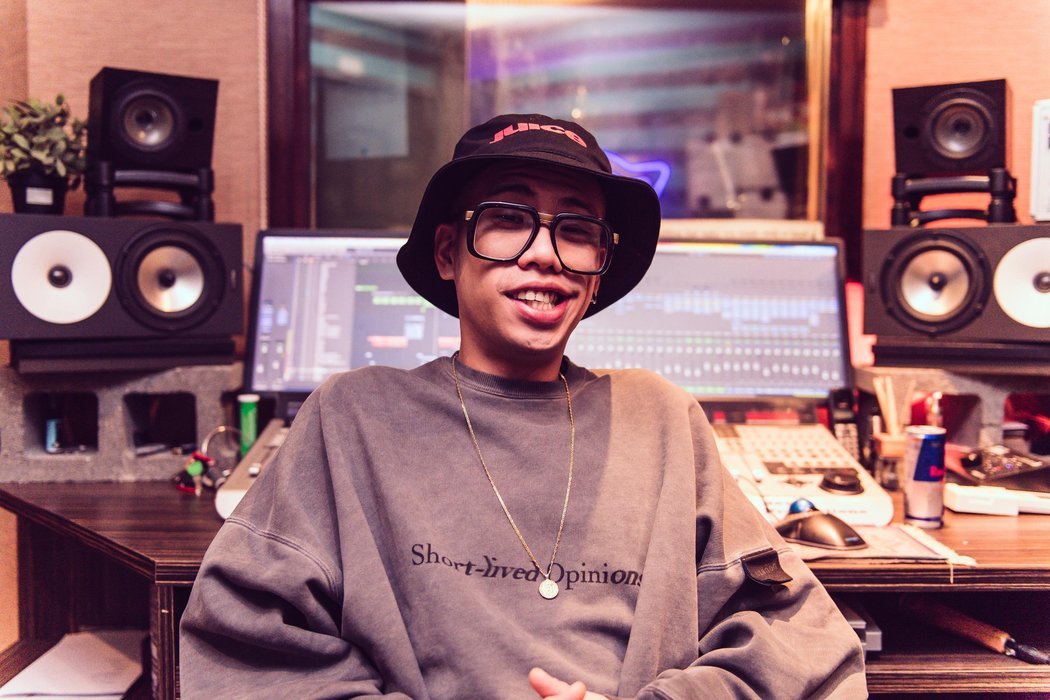 Trout Fresh 呂士軒, a funk-and-R&B-influenced rapper and composer, has been in the scene for a long time.

Part of the hip-hop trio 違法 SmashRegz, which formed in 2008, he played a part in contributing to the new wave of hip-hop, heavily driven by funk, soul, and pop elements. In 2017, Trout Fresh released his first solo album Awesome by Accident (誤入奇途), woven through with the narrative of his life.

He has collaborated with many artists over the last decade, such as J.Sheon, Miss Ko, ØZI, Starr Chen and Vanness Wu. He was also part of the epic hip-hop collaboration in ‘走到飛’ in 2017, alongside big names including Dwagie, Poetek and B.C.W. 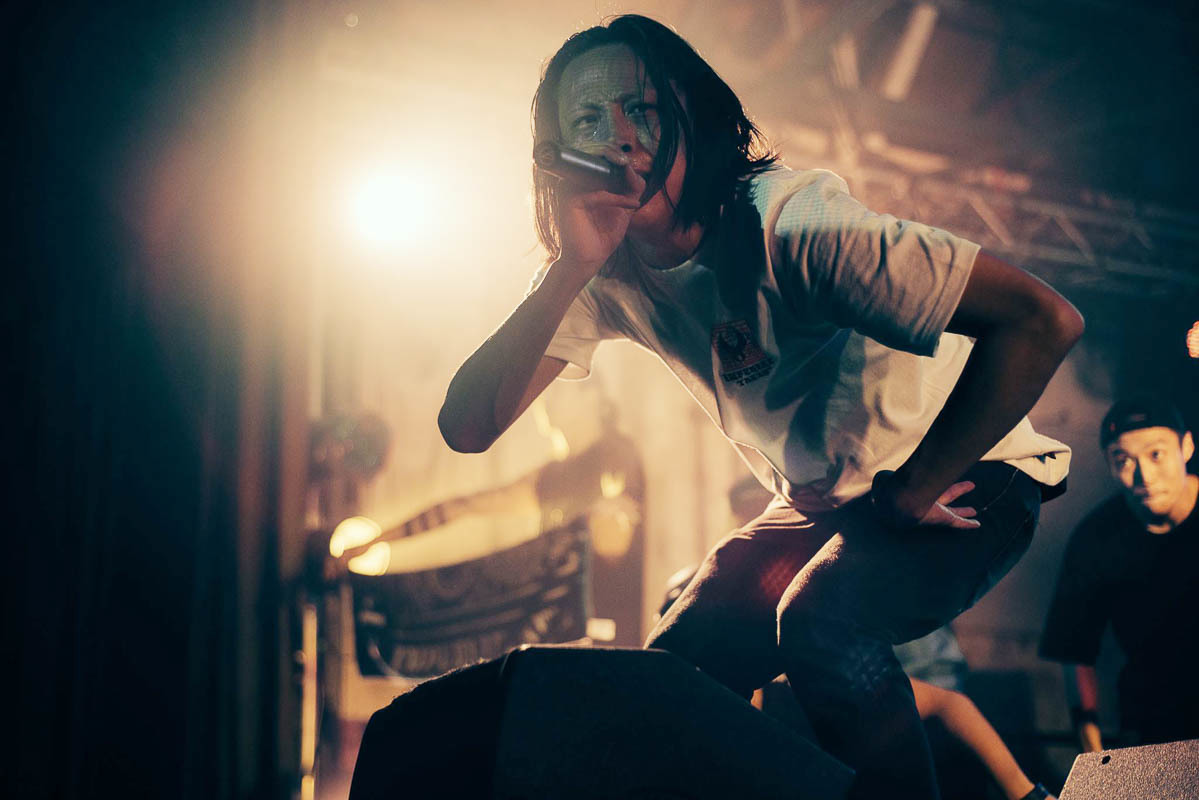 Canadian-Taiwanese rapper LEO37’s music is a captivating and progressive collision of jazz, soul, electronica and pop elements, promising a unique sonic experience. Unlike most rappers in Taiwan, he spits verses exclusively in English.

Arriving in Taipei in 2008 with only NT$ 9,000 in hand, he established himself in the music scene and became associated with SOSS band. In 2017, he released his first EP Be Well World in collaboration with SOSS.

Collaborating with 9m88 on two of the tracks, ‘Moment’ and ‘Getit’, he delivers a spectacular fusion of funk, jazz and hip-hop. The contrast between LEO37’s furious, intense rap style and 9m88’s laid-back croons is a genre-defying combination that transcends hip-hop. 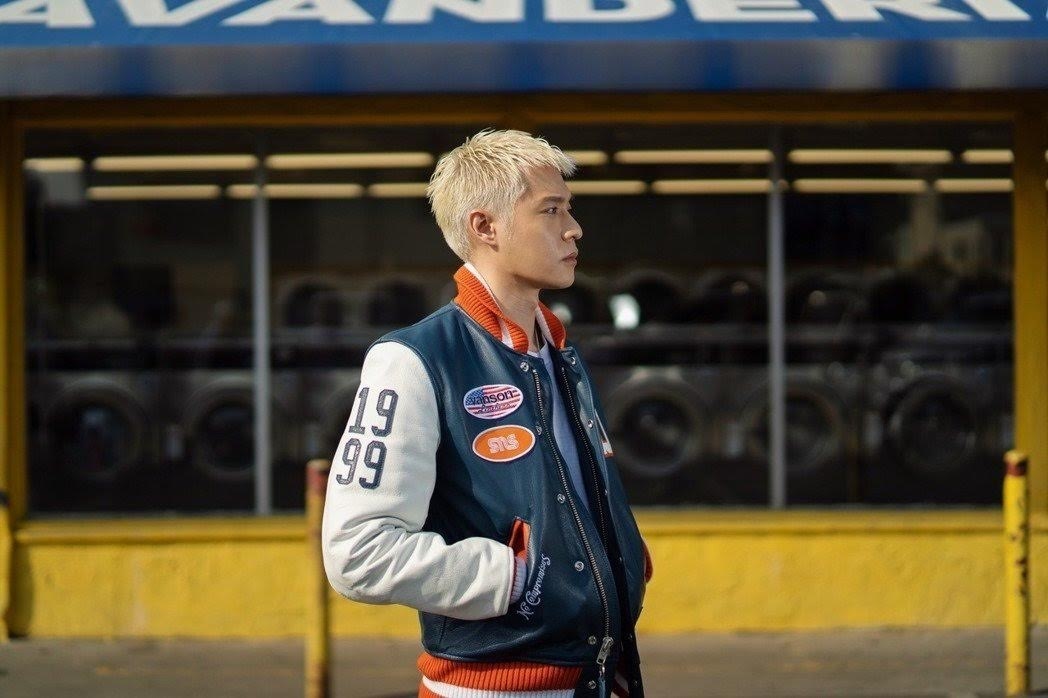 NICKTHEREAL has produced music that lies at the crossroads of pop and hip-hop since 2010. He solidified his name in the hip-hop scene after his participation in the Rap of China in 2018. Subsequently, he has released his first EP WHAT A LIFE, heavily marked by trap, R&B and his experimental venture into mumble rap, including hit track ‘i GO’. He single-handedly managed the composition, mixing and production of this EP, and hopes to convey the struggles of today’s generation as they chase after their dreams, career, and love.

In 2009, he first gained wider attention after he starred in Jolin Tsai’s MV for 'Real Man (大丈夫)' and took on the rap segment in the track. In 2010, he released his eponymous debut album. He released his second album REAL six years later, and his viral track ‘帥到分手’ propelled him into mainstream consciousness.