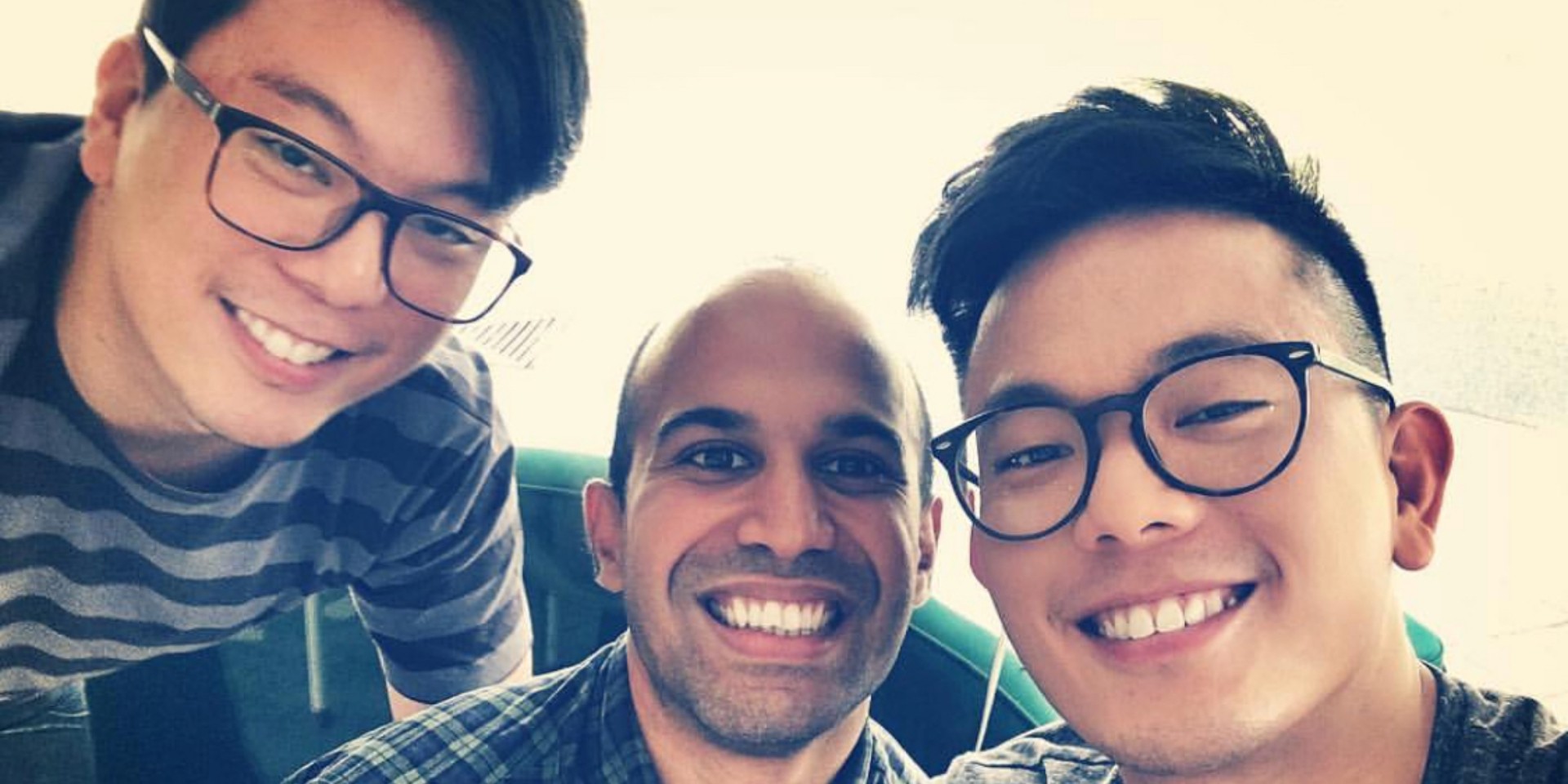 In 2018, Jonathan Charles Tay, David Charles Tay and Shridar Mani took it upon themselves to contribute to the cultural vortex of Singaporean art. They formed an opera company called The Opera People (TOP) to celebrate the power of the form on a wider, more contemporary and timely scale. With the aim of updating the centuries-old mode through the incorporation of technology and, more crucially, proving that opera is not a stodgy and antiquated concern far removed from the pulse of modern life, TOP have pledged themselves to staging cutting-edge productions featuring the best multi-disciplinary talent it can harness.

On the cusp of its upcoming production Dwarf - Alexander Zemlinsky’s Der Zwerg, TOP are poised to further illustrate how the intersection of music and the theatre can elevate the experience of telling and experiencing stories to even more poignant, charmed and resonant dimensions.

Below, TOP fill us in on their philosophy and plans.

How and why did TOP come together as a group?

All three of us have spent a good part of our teenage and adult lives being in the local vocal music and opera scenes in various capacities and while we grew and learnt a lot from these experiences, we also very much felt that we had something to contribute to developing and pushing the boundaries of opera in Singapore. In fact putting on our inaugural production, Love and Duty - Mozart’s Il Re Pastore last July was something that began out of just a few conversations and a certain impetus we had to just start making the kind of work that we felt was important to growing the scene.

What are some of the things that TOP is trying to achieve in Singapore?

Opera is something that came to this part of the world only quite recently and in most of its guises in Asia, it tends to be performed as a museum piece as an homage to the image that we have of it from the West a century ago.

However, in this form it becomes purely consumptive and we wanted to move beyond this to produce work that can connect with audiences today. In the same way that Netflix has to constantly think about new ideas and content to keep audiences engaged, we want to be able to constantly question and think about how we can keep transforming and challenging ourselves to create shows that are resonant, entertaining and engaging.

Also, as there are a growing number of young singers in Singapore now, we want to be able to create a platform where we can showcase them at their very best while also challenging them to move beyond their comfort zones and grow as artists. 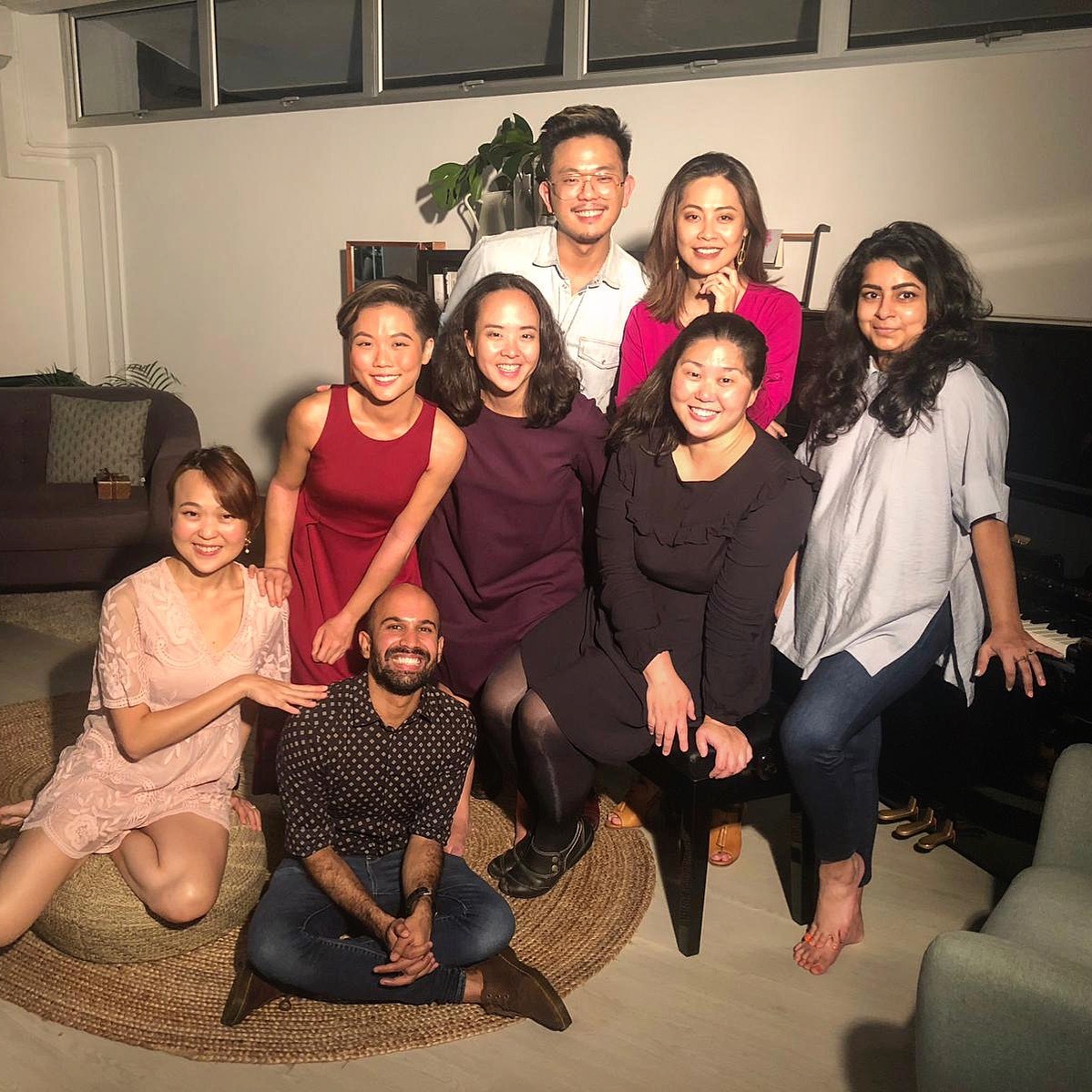 Why is opera important to the ecosystem of Singaporean art?

With an art form like opera especially, it’s easy to dismiss it as colonial hangover or a Western art form that is removed from us, but what is important to us is not so much what opera is or its history but rather how we can harness its potential and embody it in our own way to tell stories and communicate with audiences on a visceral and personal level.

The combination of text and music is particularly effective for storytelling and much of making opera feel contemporary and urgent is about repackaging it in a way that makes it an effective form of communication and expression. In this regard, it is also important for us to find ways to draw connections and collaborate with other art forms and mediums. In March, for example, we began what will be an annual series of recitals that centers the voices of female composers and women in song, In Our Manner of Speaking, and the pairing of song from classical music, musical theatre and jazz with spoken word and poetry, left quite a number of our audiences visibly moved in ways we weren’t expecting.

The less we think of art forms as being siloed and the more we can find ways of putting them in conversation with each other, the more the scene can grow and we very much want opera to be a part of this conversation.

What is one misconception of opera you’d like to clear up?

The idea that opera is inaccessible or only for a certain group of people is a notion we want to dispel. All of us did not come from backgrounds where we were exposed to opera from childhood but we grew to love it because of our love for singing and making music together. What we’d like to think, is, that, by stripping away some of these preconceived notions about opera being elitist or niche and presenting it in a new garb people will be able to connect with, we can develop new audiences and also provide something refreshing for existing ones.

Your upcoming show is Dwarf – Alexander Zemlinsky’s Der Zwerg. Why is this show significant to you?

We combed through quite a number of works before deciding on Dwarf but once we did, it seemed to be a natural choice. We immediately saw how this twisted fairy tale about a dwarf who falls in love with a princess – unaware of his own deformity – and his ultimate rejection by her, could be transformed to look at the idea of social inequality and being ‘dwarfed’ in today’s world.

When we communicated this to our director Edith Podesta, she came up with the brilliant concept of a play within a play at an elite girls school, where the dwarf is brought in as a practical joke that goes devastatingly wrong. The idea of being able to re-package the way an opera is presented is very much at the core of what we are trying to do with the company and this work seemed such a perfect fit for achieving that, although the singers will attest to the fact that it is some of the most difficult music to sing. 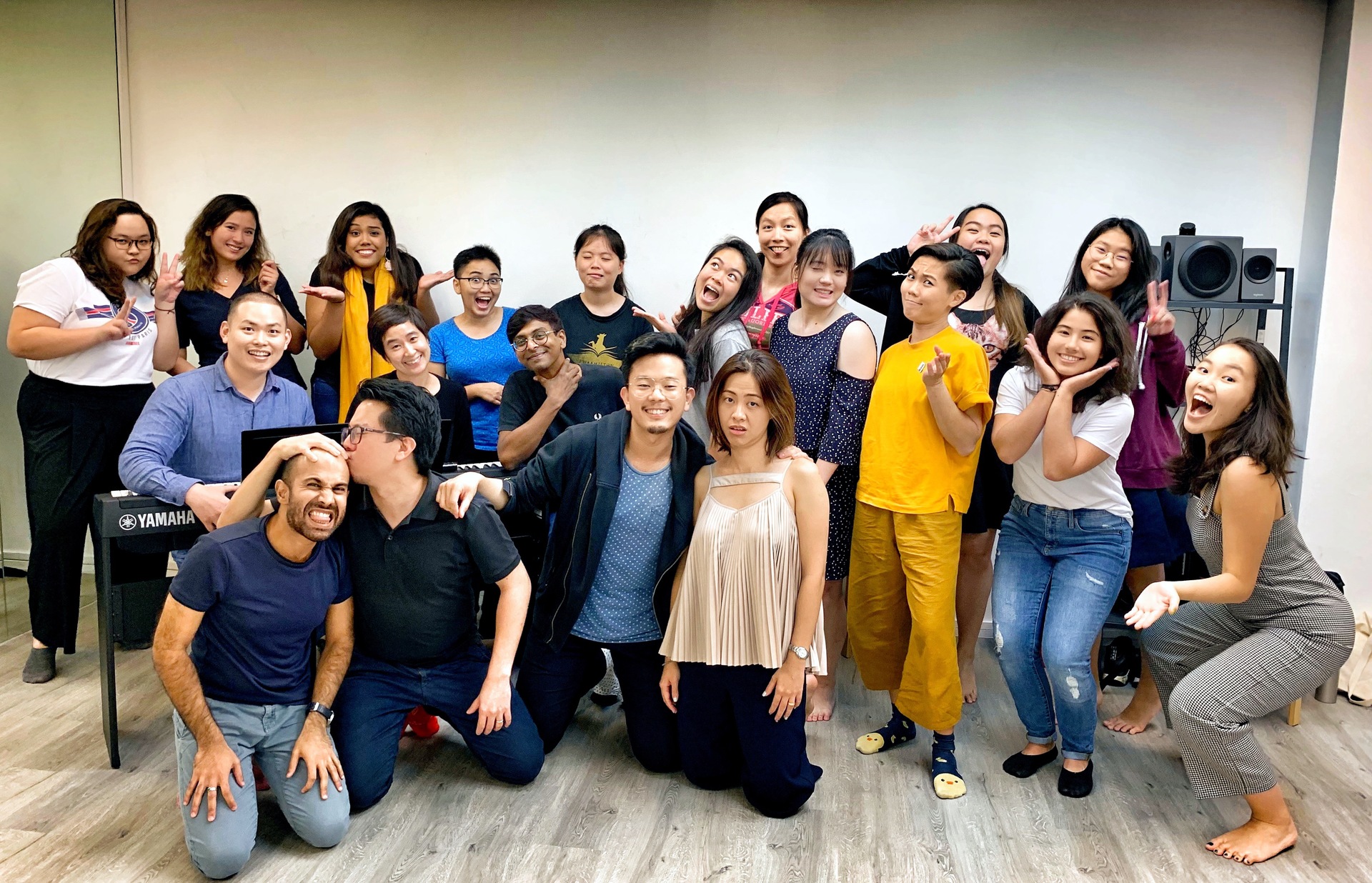 Please share with us the casting decisions and criteria of the project.

The show also gave us the opportunity to assemble a cast of some of Singapore’s finest young singers, with opportunities for them to shine at their very best, while also pushing them to work just beyond their comfort zone in this very challenging music. And we have both established singers in the scene like Felicia Teo Kaixin, and our own co-founder Jonathan Charles Tay, as well as singers who are just starting out their careers like Cherie Tse, Ng Jingyun and Moira Loh.  We also have a number of singers who are currently students at conservatories and music schools and being a part of a show like this gives them a chance to learn that performing opera goes beyond just learning the notes.

What do you think is the merit of having multi-disciplinary perspectives inform public performances?

Opera by its very nature has always been one of the most multi-disciplinary of art forms, uniting music, theatre, stagecraft and text. In many ways, the act of putting together an opera production naturally lends itself to having ideas from varied disciplines come together and converse in a performance space. I think what makes a difference for the audience is when all these forms and ideas add nuances and layers to the ideas being communicated in the show and they can come out thinking that the whole was greater than the sum of its parts. I think, for us, we would definitely like to explore working with more multimedia and digital content in the future. Using technology to enhance the storytelling is definitely the new frontier in opera! 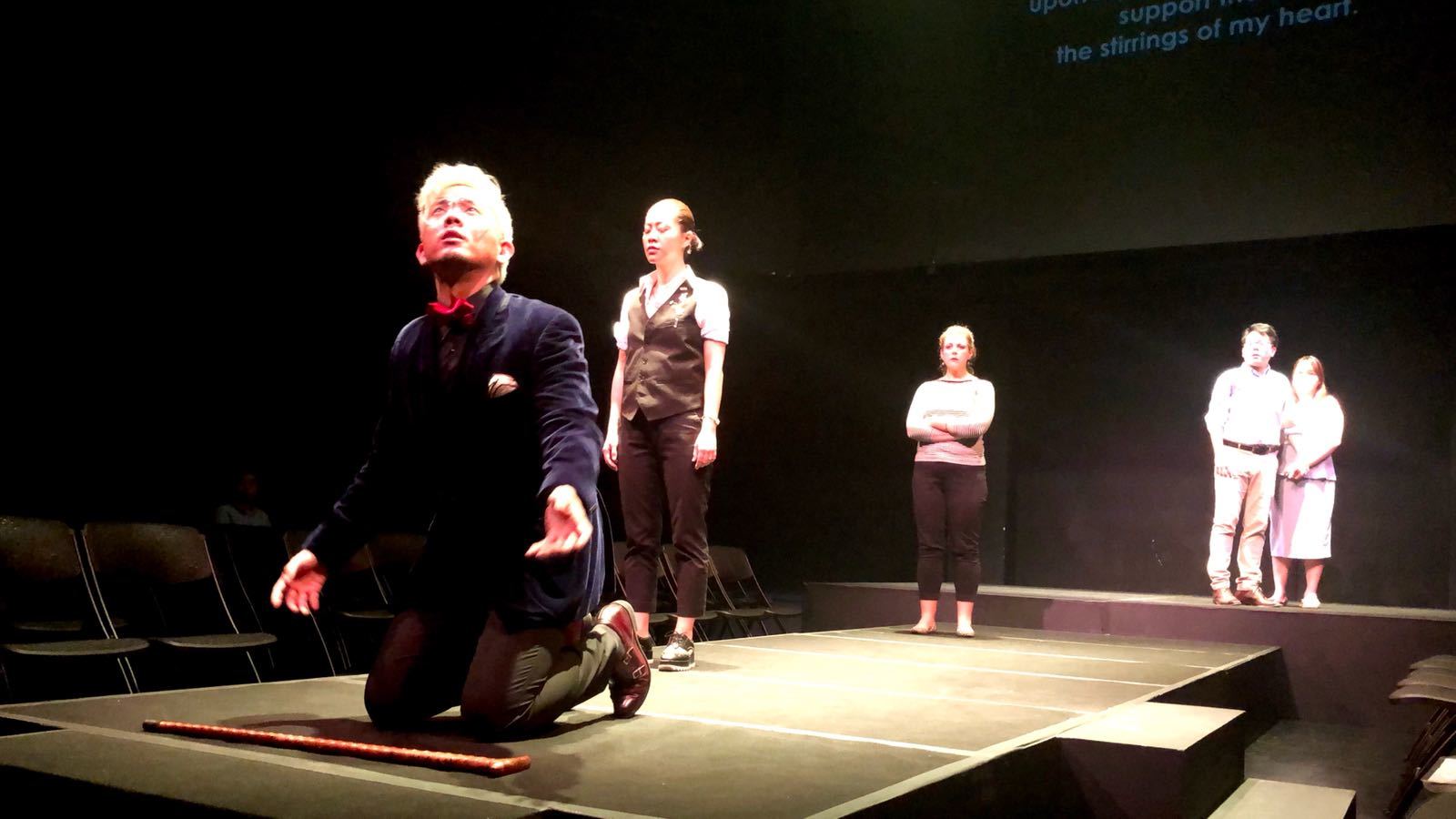 Lastly, what’s next for the TOP?

We’re in the midst of planning and finalizing our 2020 season of programmes which will include the Singapore premiere of Igor Stravinsky’s The Rake’s Progress, as well as the second edition of In Our Manner of Speaking and a new take on J. S. Bach’s St. John’s Passion. Meanwhile, we have a number of other smaller performances taking place in the second half of the year at various festivals, so do look out for those, too!