Southeast Asia is at the cusp of change. Some very big change. And Untitled Entertainment is spearheading this movement with The People’s Party. After a series of successful shows in Hong Kong and Jakarta, Singapore scrubbed up quite nicely to welcome 2011 UK Mercury Prize nominee, Metronomy; TIME magazine’s Southeast Asian Band To Watch, Noughts and Exes; and also from the UK, indie-darlings Bombay Bicycle Club to share the stage with quality local and regional acts.

Before the event, Bandwagon also held a contest to give out 6 passes to The People's Party. A bit of a thinking game, we asked them to make a jumbled sentence from the names of the bands that would be playing. Yay to nonsensical wordplay! Here are our winners: 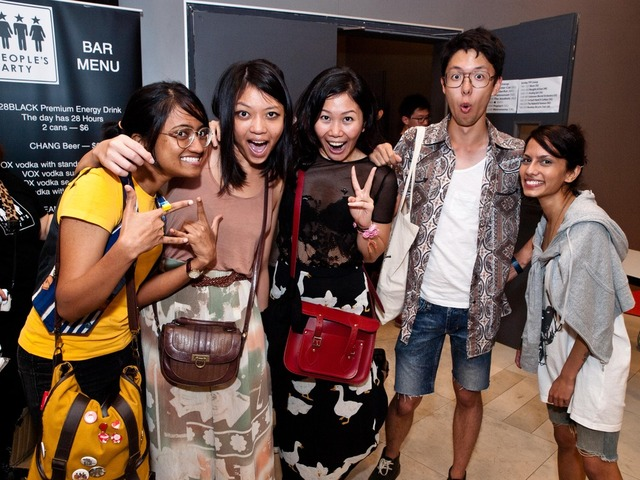 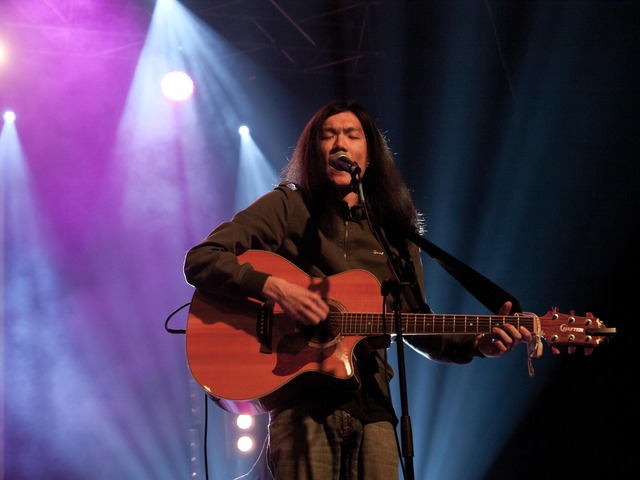 Even with Monster Cat opening the 2-day festival with an impressive set, we still did not know what to expect for the day. The cosy venue probably had a lot to do with everyone being so nice. Everyone knew each other; people were making friends all over the place, mingling is not so scary (sometimes). It didn’t take long to loosen up the mild mannered-ness of the party people. Tenderfist charmed the audiences with their own brand of ‘melan-tronica’. Nothing is more uplifting than dancing in solidarity to tunes about crap jobs and shoddy relationships. And free things thrown into the crowd - as demonstrated by Plainsunset. The local heroes also taught us something about solidarity when lead a proper singalong during their set. Although Metronomy took their job as headliners seriously (by blowing away the whole crowd, duh), The Jezabels left a huge impression on most of the attendees. ‘Wow’ was used a lot, so was ‘Amazing’ and ‘Holy smokes, her voice’, you get the idea.

Who played: Muon, Noughts and Exes, The Analog Girl, Unknown Mortal Orchestra, In Each Hand A Cutlass, The Naked and Famous, Bombay Bicycle Club 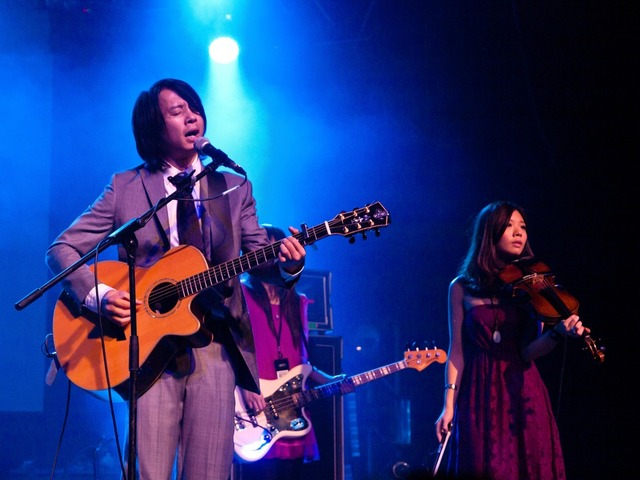 A strong turn out so early into the day meant that yes, of course this was going to be a promising day. With over 7 bands due to take the stage, things were in full swing when Noughts and Exes took charge and also treated the crowd to a handful of new songs – ‘never played anywhere else in the world’. The dance party commenced in anticipation of The Naked and Famous (danceability: HIGH), and we spotted our contest winner, Donna Mae Therese starting her own sort-of mosh pit. (Hey Donna, that was cool.) It was also really nice to see the guys from Tenderfist as regular gig-goers to support ‘all of them’ – but with further prodding, it was Bombay Bicycle Club they were looking forward to. And rightly so. With a mini birthday celebration onstage, a Happy Birthday song from the crowd, a lot of jumping and happy people, the folks at Untitled really do know how to throw a party.