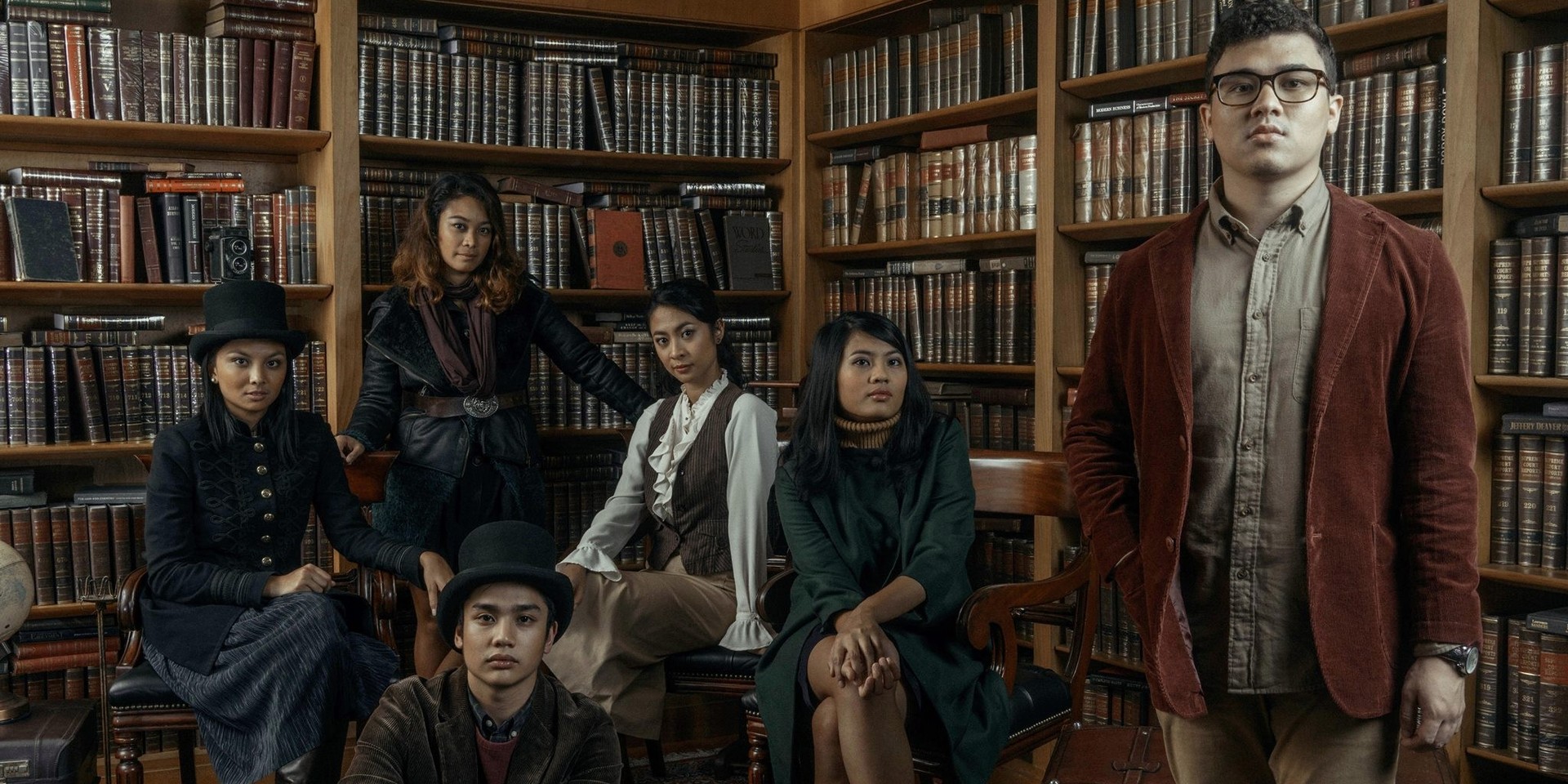 From playing bar gigs to being crowned Wanderband champions, performing at local festivals across the Philippines to munching Oreos with Malaysian superstar Yuna, The Ransom Collective show no signs of slowing down anytime soon.

The indie folk six-piece took to social media to announce the release date of their first full-length album. Traces is set to be released on May 20, 2017. According to the band's announcement on Facebook, they're planning something special for the new record. The group teased their album release with the unveiling of the title and album cover, late last year.

[UPDATE 17 APRIL 2017 9:51 AM] The Ransom Collective have finally revealed their album launch details. The band will be joined by musician friends - Tom's Story, Tandems '91 and Ourselves the Elves - at The Palace Pool Club. Tickets at the door are 300 PHP (18 years and above) and 200 PHP for minors, which comes with a free drink. An album signing and meet-and-greet will take place from 4:00 pm to 5:30 pm and musical performances will start at 6:00 pm and end at 10:00 pm. The launch is open to guests 18 years old and above, but minors may watch the performances from the viewing deck at  Café Naya. 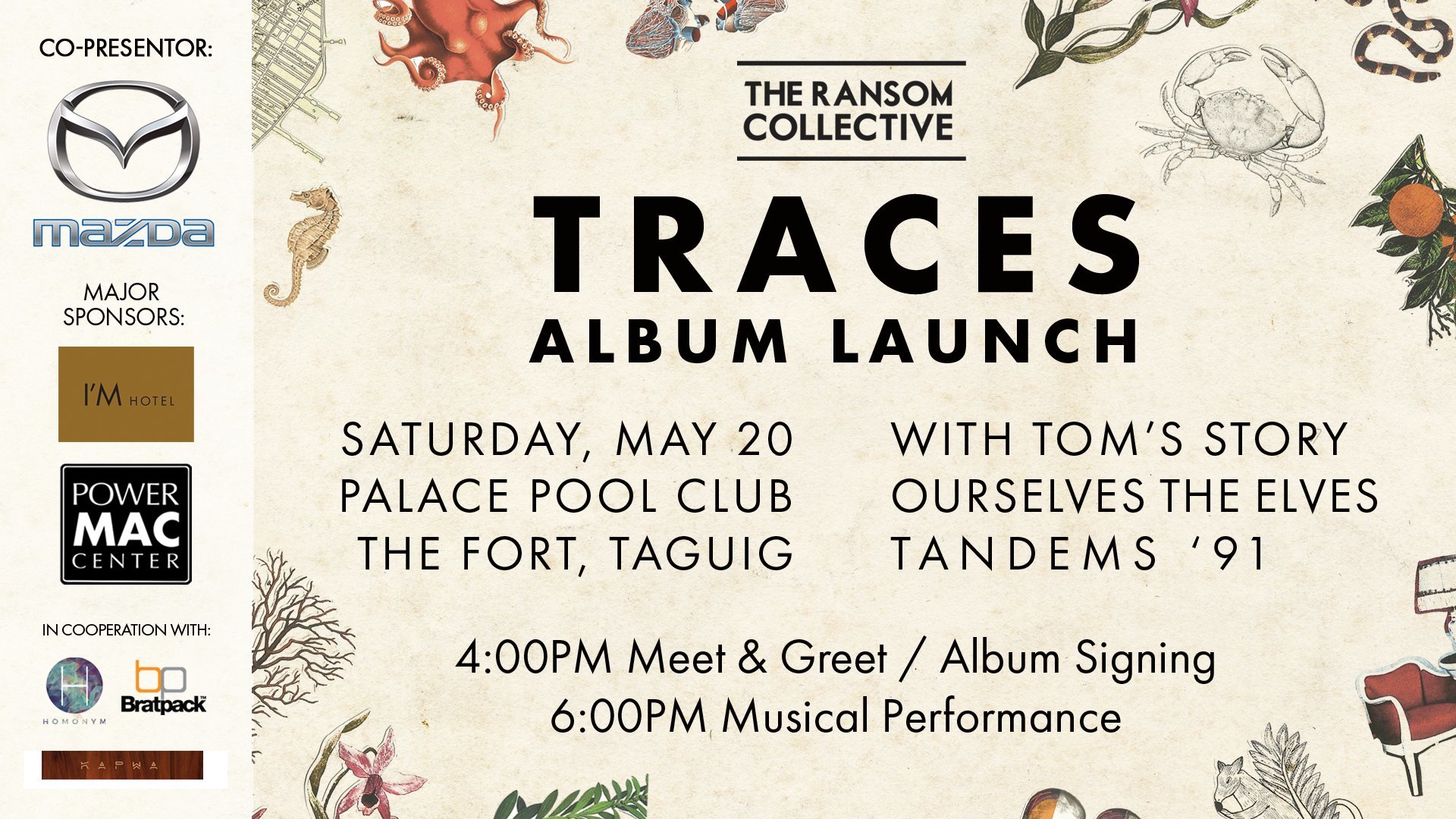 The album will be available for purchase for 450 PHP at the event, along with The Ransom Collective t-shirts. 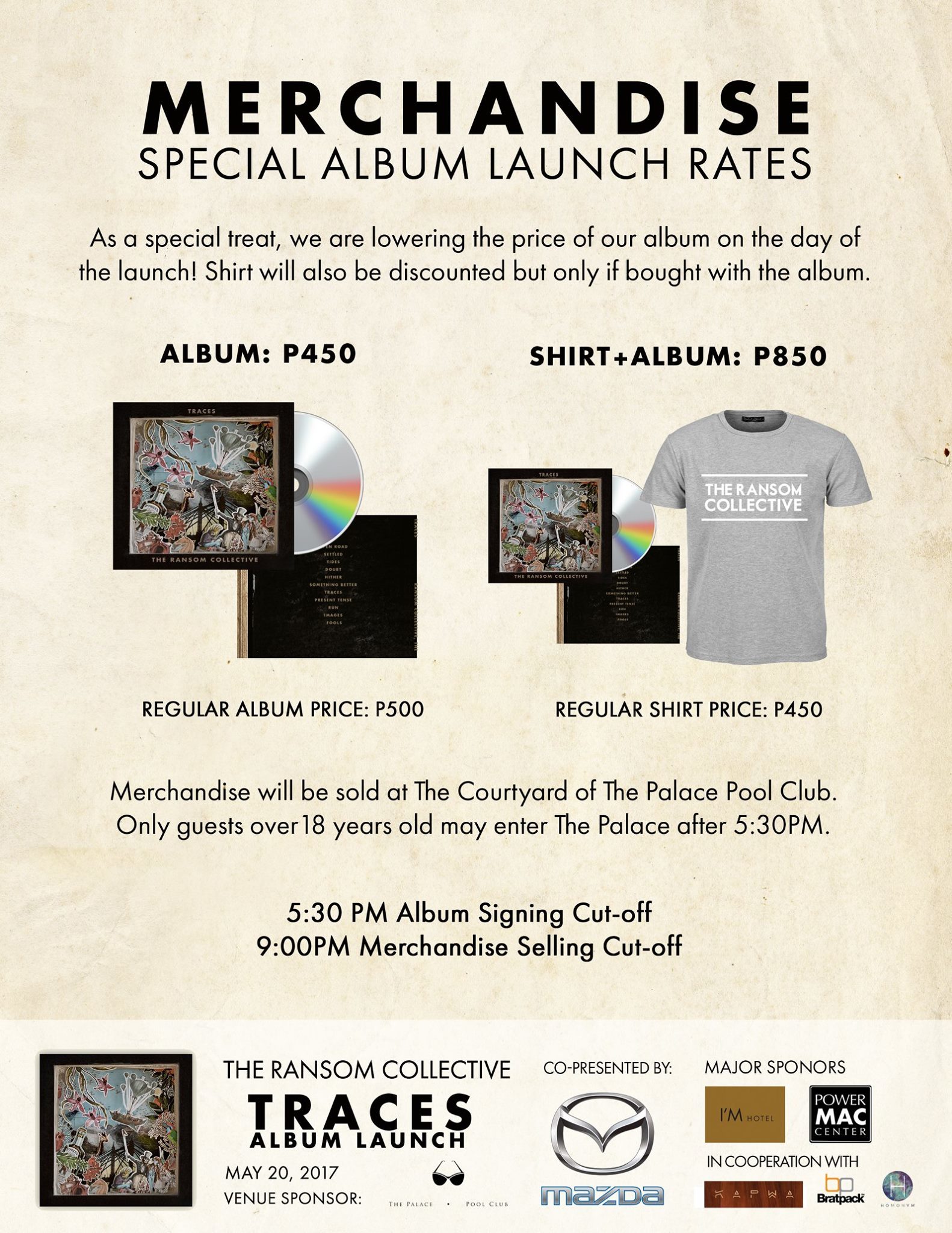 Take note of the following reminders for album launch: 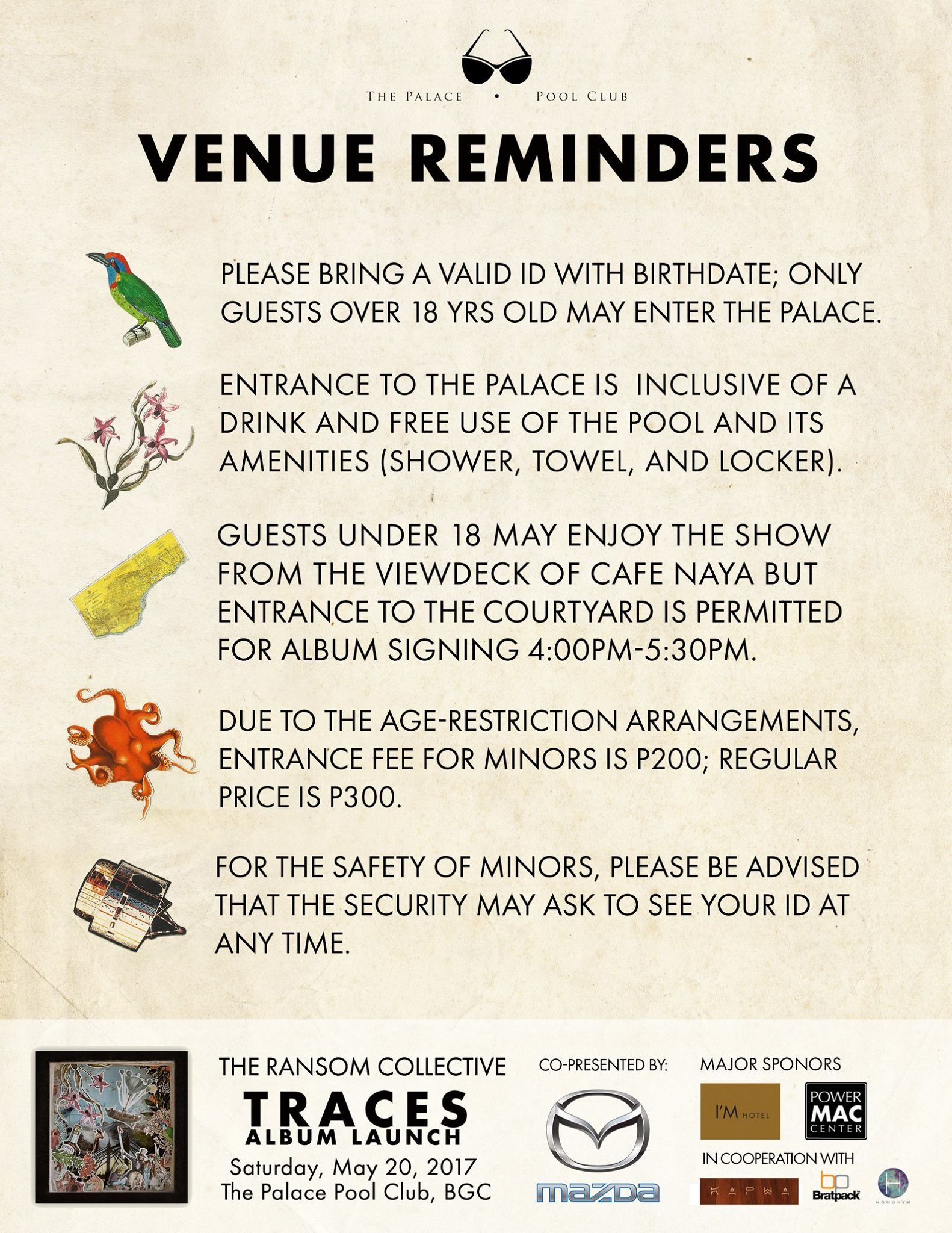 The event is co-presented by Mazda Philippines.