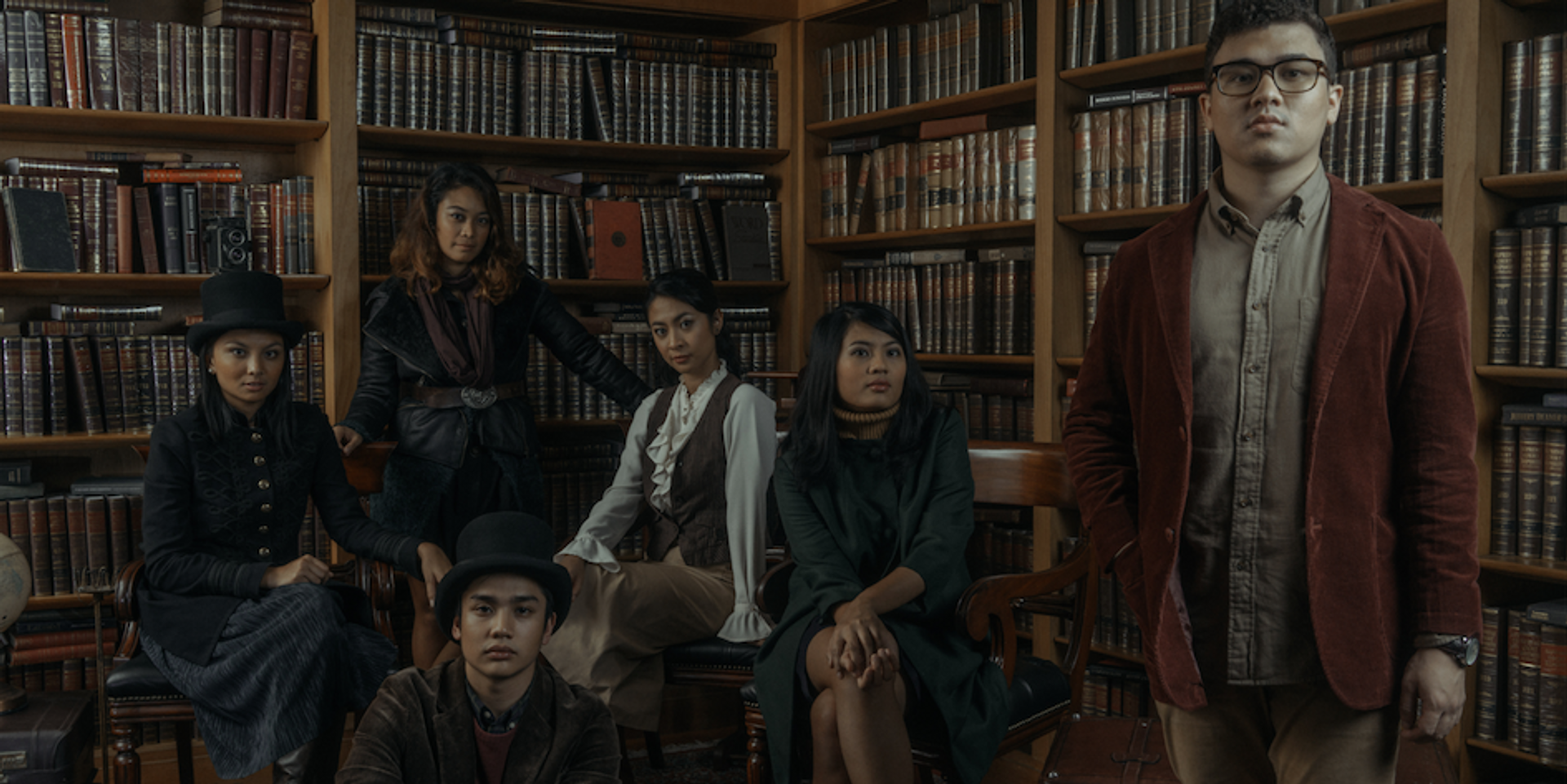 Last Saturday, The Ransom Collective launched their first full-length album to a 750-strong crowd at The Palace Pool Club.The indie folk six-piece are no longer strangers to big crowds, having shared the stage with the likes of Lucy Rose, Last Dinosaurs and The Drums when they were crowned Wanderband champions in 2014, but it was the first time an audience of that scale showed up solely for the band.

4 years in the making, the 11-track debut album, "Traces", chronicles the band's journey as The Ransom Collective. The band takes us through the new record in this track-by-track guide:

The music was already written and while trying to think of what direction to take the lyrics, I happened to be in between How I Met Your Mother binge sessions. I was inspired by the shows idea of how all these crazy stories interconnected and eventually led to what the main character, Ted, was looking for. Reflecting on my own life, I realized how crazy and unpredictably my own life's journey had been and compared it to a spontaneous road trip with its various twists and turns along a journey.

One of our happiest and most upbeat songs, Settled is all about pursuing bigger and better things and knowing that there is always more out there if you’re willing to work and believe in it. It’s a reminder to myself and others that if you’re ever unhappy or bored with where you are in life, you never have to settle and can always make steps to be chasing a dream.

Tides started out really happy and light. We originally wrote a chorus that was happy and folky. It seemed so generic and obvious. It sounded pretty, and was very catchy, but it felt soulless. I really toiled over new ideas and played the song over and over again trying to write a chorus with more depth. Eventually, I found some chords that were a bit darker than the rest of the song, and the contrast of the dramatic chorus against the happy whimsical verses gave new meaning and we felt much better about it. I remember in practice we turned all the lights off so it was pitch black. We couldn’t see each other or even our instruments but it allowed us to really get lost in feeling the song.

Doubt was one of the longest and hardest songs to finish. We tried several arrangements and tempos before finally finding the right feel for the song. The song reflected some feelings of self doubt I was having halfway through the album writing process. I was questioning if we could actually succeed as a band, and pull of a decent album. In the end, the song became about tearing away that self doubt and not letting it hold me back. Its one of my favourite songs on the album because it serves as a reminder to myself that there is no room for any self doubt or hesitation when it comes to following your dreams.

The music to this song was first written on the piano with a combination of notes that were simple yet unconventional. The resulting chords sounded deep and dark, and somehow it just seemed right to have sudden stops after the chorus, like the way drama unfolds without trying. The song soon took shape with lyrics that reflected a complex protagonist getting lost within the the bounds of man versus nature. It represented an internal struggle between two versions of ourselves. The version we see ourselves as, and the version we want to be.

A shameless post break up song with a hopeful ending. Not much more to say about this one haha.

The last song we wrote for the album. Going into recording we decided it would be a good idea to write one more song in case one of the other songs ended up disappointing us after it was recorded. We challenged ourselves to write this song in just a few days. We started with an idea on the piano and played around with it from there. We love this song as a band because it was the most group-influenced song on the album. While most of the other songs were written before we arranged them as a band, Traces was arranged for the first time as a band. It really has a bit of everyone's touch on it, and it's one of the more cinematic songs on the album.

Originally, Kian recorded and released Present Tense as part of a solo thing. We reworked and arranged the song for a full band. It was written around the same time as Something Better when a break up was on Kian’s mind. It’s not really about a break up but actually about a guy who kept hurting himself and others with his mismanaged relationships. He kept making the same mistakes over and over again which inspired the key line, “and I feel my past regrets, slipping into present tense.” I guess in the end it’s about making the same mistake twice or more, and never being able to shake off the habit.

A song about spontaneity. Run was written when we were first gained momentum as a band. Being in a band was always just a dream in a “like that will ever happen” kind of way. After we had been a band for a few months and doors were opening, I was inspired to pursue music and not accept being confined to a 9-5 job. Run stemmed from this idea that we could just run away from the things we don't want to do and go for the things we’ve dreamed of instead.

Memories are important, and “Images” is our attempt to express that. The song is about nostalgia and how our memories and experiences are not just mental images that we can close our eyes to and daydream about, but instead they are part of us and who we are.

The song that started everything for us. The song was inspired by this girl I was really into at the time. We would stay up till 2 or 3AM chatting on Facebook and avoiding acknowledging  that we were into each other. I wasn’t sure if she really liked me or I was just assuming/imagining it and I was trying to make sense of it all. Eventually I realized trying to know or control everything is futile. In the end, no matter how together we think we have our lives, we are all like fools trying to find our own path.

The Ransom Collective's "Traces" is available for purchase here.