Words by Bandwagon
Photography by THE BANDWAGON

THE BANDWAGON is on a return trip! After an adventure on the Genting highlands, we’ll be covering new territories this time to the Wanderland Festival in Manila. Kid Cudi will be bringing on his brand of psychedelic hip-hop headlining, Augustana for the nostalgia, the indie gathering of Lewis Watson, The Jungle Giants, Youngblood Hawke, RAC on the DJ decks and local bands like Hale, The Strange Creatures, Similar Objects and more will be showcasing their craft - it’s gonna be a sonic wonderland out at the festival.

Start the pre-game party with us as we bring you to indie hotspots around the city. Hosted by one of Philippines’ most recognisable music mavens, musician (The Dawn, Peso Movement)/ writer (Yahoo PH)/ photographer/ former musical director of the iconic nu107, Francis Brew Reyes, you’ll be exploring live music venues, record store hunting and taking in the sights and sounds of Manila the day before Wanderland. Drinks are on us!

Here's what happened at THE BANDWAGON in December 2014! 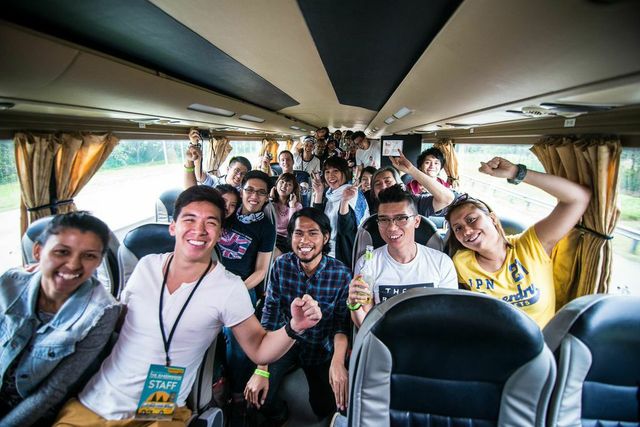 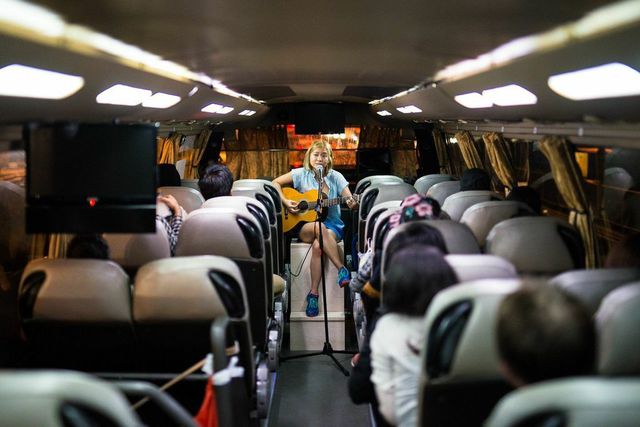 Experience local pub culture as well as a specially curated lineup put together exclusively for THE BANDWAGON! Get to know the musicians while downing them complimentary Jaeger shots.

The morning after, it's time to check out some vinyl - from the obscure hole in the wall shop to the bustling record store in one of the country’s largest malls, you'll never know which prized record you might find. Not a morning person? We'll settle your caffeine fix!

Come festival day, THE BANDWAGON then zips you off to Wanderland Festival grounds with your new-found music buddies. Get into the priority queue, up your chances to win merchandise and to meet and greet the artists, and also gain entry to the Wanderland after party!

And in true Bandwagon fashion, the festival starts on the bus! We will have onboard live music by indie electronic band Birdforms, a collaborative project between musicians Nicholas Lazaro (Twin Lobster), Pat Sarabia (Wilderness) and Kara Chung.

So join us on this adventure aboard THE BANDWAGON! Exploring a city and conquering a festival together with a bunch of friends never seems like a bad idea anyway. Great music and even greater company, pack up, we’re going on a trip! 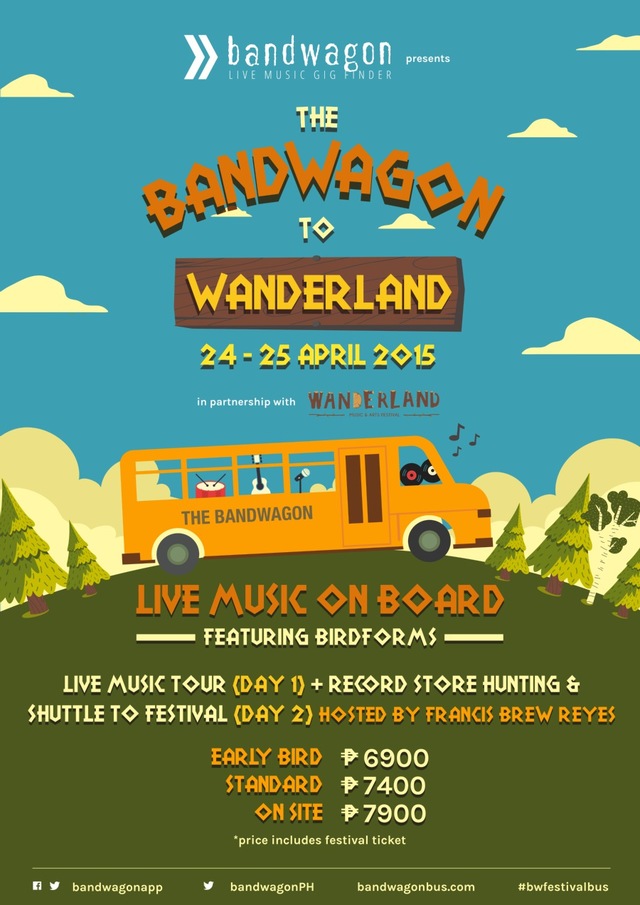