It’s not hard to admit that Singapore has a volatile market for music lovers. We’re considered a small country. Apparently we’re even more than 3 times the size of Washington D.C. (hurray?). Looking at the facts, it’s a miracle if we have the enormity of an underground scene like the ones in London, Chicago or even Jakarta for that matter. Ratio-wise, we’re not that different but looking at the amount of people we have in this country in the first place, well it’s not hard to do the math. We’re looking at a multi-racial society with listening preferences that are generally fragmented, in the sense that there’s a majority of ardent Jay Chou fans who would pay expensive seats but only a portion of them would do the same for Taylor Swift even though both acts tread within the realms of pop music. We haven’t even gotten to ticket prices yet, which alone is a result of several determining factors that are out of the promoters’ hands. We sport a diverse scene of music listeners but not the numbers to make it a healthy one.

It doesn’t take an industry insider to measure the high levels of stress promoters must face here. Taking a gamble and bringing in a band that wouldn’t even cover most of the space in The Coliseum for instance. Gamble may not be such an exclusive word as you might think, seeing how a massively successful rock band like Biffy Clyro, a band that headlines arenas and prestigious festivals, drew only less than 500 people in their maiden gig here. Or maybe even Tortoise, who despite being renowned for one of the innovating progenitors of post-rock, filled up only half of Aliwal Arts Centre. Meanwhile, Ed Sheeran sells out The Star Theatre in less than eight hours while Pentatonix sold out three entire nights worth of shows. We wouldn’t blame promoters for stopping despite more acts wanting to come over to our region. But they won’t give up. There are even some who dig even deeper into the underground to present some of the most divisive and unpredictable shows here. Enter Other Sounds.

The brainchild of Melissa Yong, who jumpstarted the brand when she was 21-years-old and fresh out of university, it has gone through the unique transformation of an online music magazine to being a full-fledged concert promoter. While without context, a big guess for the change would be the money but it’s really about the love for exposing new great music. Having brought in Dune Rats for their first show here, they began setting up more shows over time and now they’ve fully immersed themselves into the industry. Mac DeMarco, La Dispute, Dirty Beaches and Postiljonen count among the names that Other Sounds successfully lured here. They’re not huge crowd drawers but they have an audience and according to Melissa, three of those shows even managed to sell out.

“I just think that they’re great musicians and they deserve to be seen by the crowd here. I do think we’re ready for it. It’s just that no one’s really taking a chance on them.” Mel muses. “The audience is there, as we’ve shown in our shows that have sold out. They just need someone to bring the bands in but what we really need right now is a venue. For me, doing small shows is hard because there are barely any decent venues for them.” 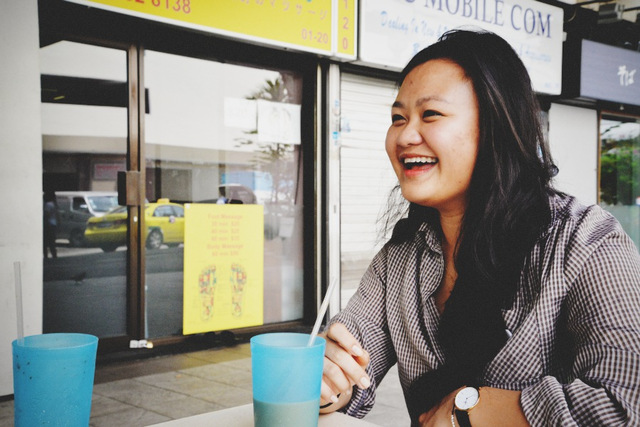 Having started out at TAB, she began to learn about the kind of concert industry Singapore offers and realised that it’s a pretty tough gig. Instead she turned to her other passion: journalism. Setting up the official Other Sounds website at the end of 2012, it championed itself as a site for honest pieces surrounding the music industry and being a tastemaker themselves. The responsibility of running an entire site on her own however, proved to be a trial on its own. “It’s a long term thing. You have to be in it for the long haul,” Melissa looks back. “You have to build your traffic before you even start making any sort of money. When we did the Dune Rats show, we didn’t make a lot of money but I could tell that if I kept doing more shows it could perhaps be a more sustainable option.”

Melissa effectively shut down Other Sounds as a online music magazine after realizing that the site became more of a burden to her. Even though she has now jumped over to doing concert promotion, she still considers Other Sounds a one-woman show. But just like the website, she has had the helping hand of a dedicated set of freelancers, who themselves aspire to break into the industry. “They’ve helped advise me on stuff like certain bands to bring in or how much tickets should be.” she admits. 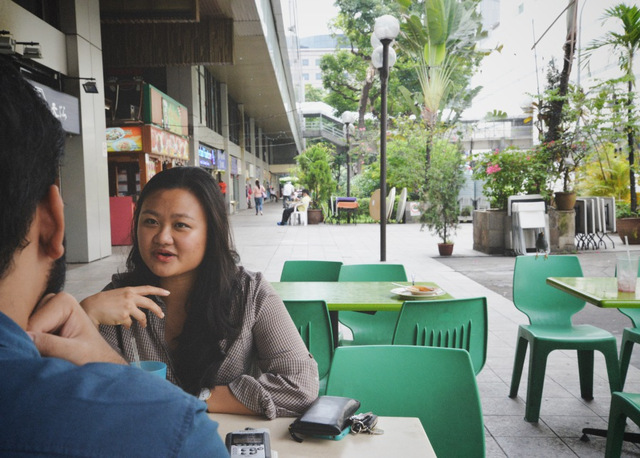 Shows by Other Sounds have run the gamut from electronic, noise, post-hardcore, experimental pop and other generally esoteric genres that bring in different sets of crowds. While Melissa doesn’t intend to chase after well-known names in hopes of doing bigger shows, Other Sounds are still in the process of finding their niche core audience. “You earn respect by just doing your thing and doing it well.” she says. “I hope that even though we bring in relatively obscure bands, the people who come for our shows will continue to come back because they know and trust us. I don’t want to do a Bombay Bicycle Club or a big-ass festival show. It’s just boring to me. There’s no fun or excitement in that.”


Whether Other Sounds may just take that next leap into more ambitious shows or stick to their guns in the underground remains to be seen. What remains is an uncertain market of concertgoers that may require more than just a few promoters making concerts cheaper to bring in a bigger crowd. Sure, more obscure acts may just liven up the underground culture here but if the numbers aren’t there, it may just not be feasible for promoters to continue in the long run. The responsibility is left to us to simply be there at a show.

Tickets are available for upcoming Other Sounds shows Bill Callahan on 30 November and Tonstartssbandht on 6 December.