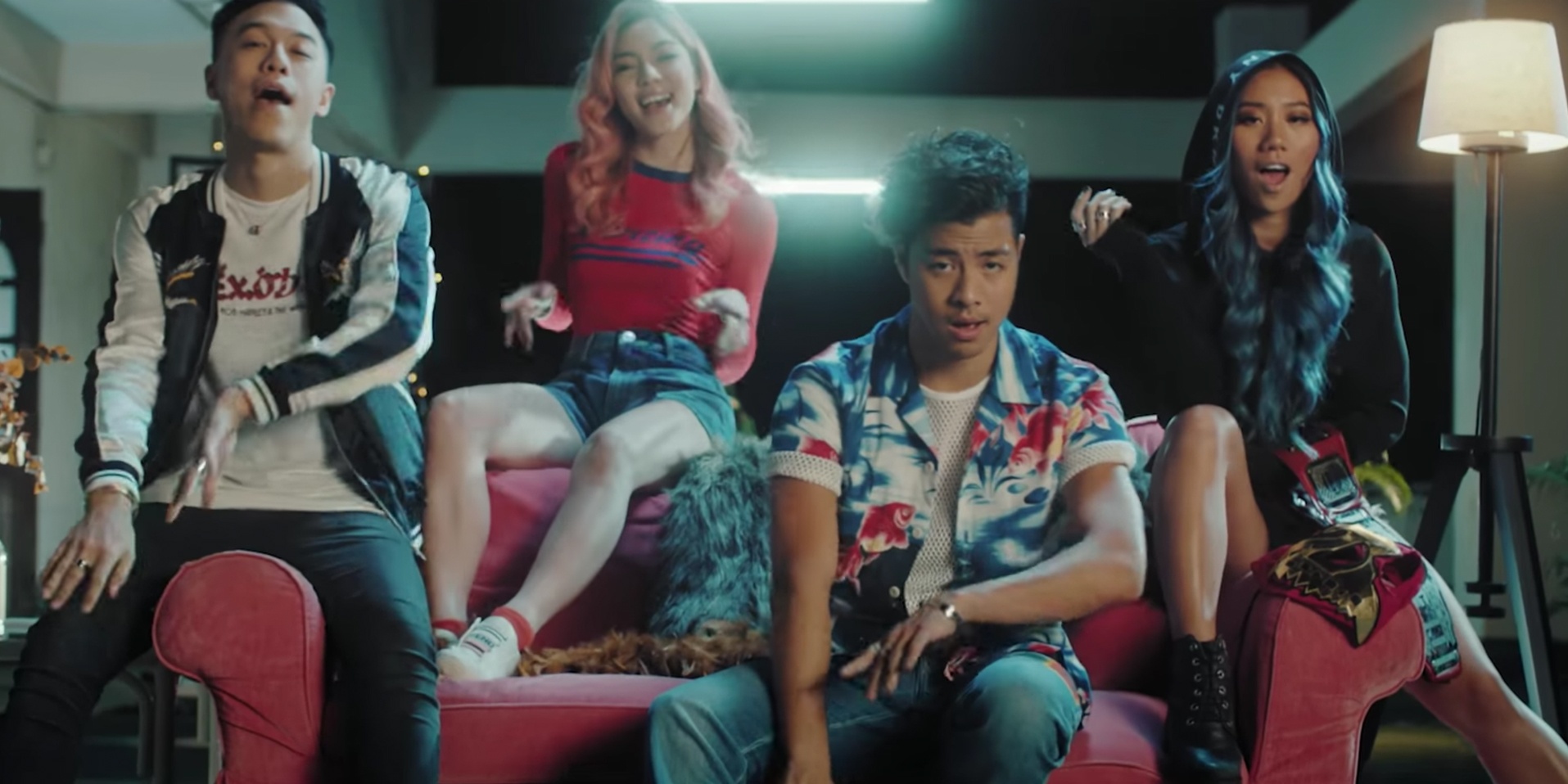 Last month, The Sam Willows dropped a pair of singles, 'Robot' and 'Papa Money', that respectively showcased the more serious and lighthearted sides of the quartet. Now, the music videos for both songs are out.

The dystopic sci-fi video for 'Robot' was released just before Valentine's Day, with band members Sandra Riley Tang, Narelle Kheng, Benjamin Kheng and Jonathan Chua all taking on roles in a conspiratorial drama revolving around suspicious surgery in a rundown factory and rows of human test subjects, all wrapped in plastic. We don't know about you, but it felt quite Altered Carbon to us.

On the other hand, the visuals for 'Papa Money', which were released on YouTube today, find the band at their most upbeat and enthusiastic, clowning around at karaoke while cosplaying music legends and (a little like the 'Robot' video) playing different characters in a high-stakes wrestling match. As can be expected from this Bulgari-sponsored video, the Willows are all dressed to the nines, all the time.

Watch the music videos for 'Robot' and 'Papa Money' below: