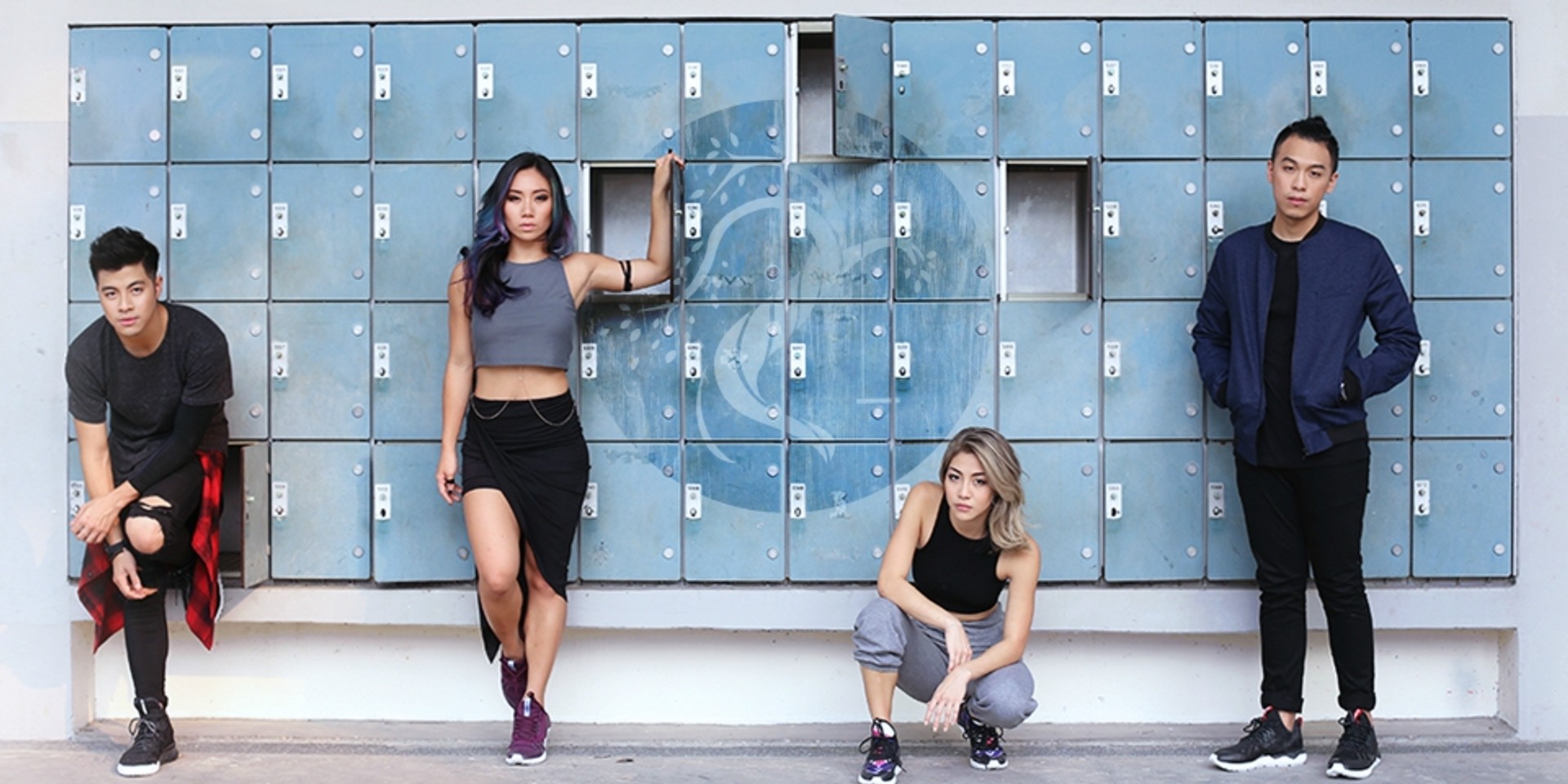 It might just be approaching Halloween, but local English pop band The Sam Willows have already been handing out treats for their growing fan base all year long. Having signed earlier this year to major record label Sony Music Singapore, the cheery foursome has regaled us with live performances at the recent SEA Games, NDP and F1 race.

And with their debut album Take Heart due out today, fans will no doubt be trick-or-treating with an additional treat in their bag. However, the Willows, consisting of siblings Benjamin (rhythm guitar & vocals) and Narelle Kheng (bass guitar & vocals), Sandra Riley Tang (keyboards, percussion & vocals) and Jonathan Chua (lead guitar & vocals) have already been teasing fans with a slew of singles, namely ‘Take Heart’, ‘For Love’ and ‘Rest Of Your Life’ towards the release of their album.

Recorded in Stockholm, Sweden, Take Heart marks the first collaboration between the Willows and renowned Swedish producer Harry Sommerdahl, who has worked with the likes of The Pussycat Dolls, BoA and The Rasmus to name a few. “Sweden really focus our energy into what we wanted it (Take Heart) to sound like (sic). I know it’s a pop album, and pop albums can range from a multitude of genres, but we still wanted to infuse a bit of our element into it,” says Benjamin. The album, a culmination of four years’ worth of songs by the band, revolves around the concept of a fictitious timeless “village” and the tale of a young couple’s journey of love.

‘Take Heart’, the namesake single of the album, tells of the Romeo & Juliet styled persecution faced by the lovers. The Willows confess that the self-described “pop folktronica” number is probably the most hotly debated song on the album – in terms of direction, storytelling and musical feels.

But it all pays off. To date, the single ‘Take Heart’ has accumulated over a million Spotify streams and charted #1 on the iTunes, Spotify and local radio charts. The official music video has also garnered over 596,681 YouTube views to date since its May release.

With their music already making dents overseas, the Willows will be embarking on their first Asia promotional tour in 2016. And it’s yet another milestone for the band as they will also be holding their first ever ticketed concert right here at home.

Therefore, it’s no surprise that they are planning to up their live performance game: “We want to really really push ourselves because we sort of stuck by the status quo so far for our live shows. We have been tweaking some here and there, but we really want to make a giant leap for this (ticketed) concert,” states Benjamin.

Despite 2015 already being a “Willows year” for the four members, having put aside their individual side pursuits to focus on the band and music, 2016 will be another crucial step forward together for the famed foursome. However, the band in a way has grown too big to fail. They have become a symbol.

With a diverse fan base ranging from nine years olds to university kids, the universality of their tunes have caused the Willows to unwittingly become the ‘face’ of Singapore music. As Benjamin puts it, “to be able to reach out to that demographic, and to realise that we have that power, is such a privilege… and for the first time primary school kids have an alternative to whatever international music they are listening to, the fact that they have a local band that they can support”. 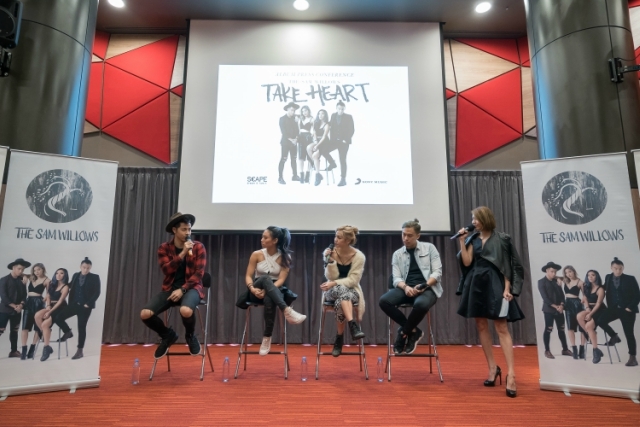 Touching on his own local musical hero, Benjamin remembers local Wake Me Up Music label founder and Surreal’s bassist John Chiong’s parting words, “May our ceiling be your grounding”. It seems that those words are going to stick with Benjamin as he and the other Willows will attempt to serve as the new generation of local music role models, inspiring and paving a path for future local pop musicians to build upon.

Hopefully, it all starts with the catalyst that is the release of their debut album Take Heart.

On the one thing they love about their debut album Take Heart...

Jonathan Chua (JC): It’s three years of heart and hard work being moulded together in songs. When I listen to a song, I not only think about the song, I think about where we first did the song and there are a lot of memories attached to each song for us. And we are very excited for the journey ahead, once the album is released and we are going out to do tours and promos. It’s something that I’m really looking forward to and I’m sure all of us are, it’s just how we can translate and create new memories from these songs as well.

On how Sweden has inspired them….

Narelle Kheng (NK): For me, it was more of a way of life because, I mean, growing up in Singapore, you see one style. The people here are generally a certain way, and going overseas to just watch people live their lives differently actually really gives you a lot of insight. So I came back trying to pick up things that I like from their culture. But I also came back realising how much I love Singapore. 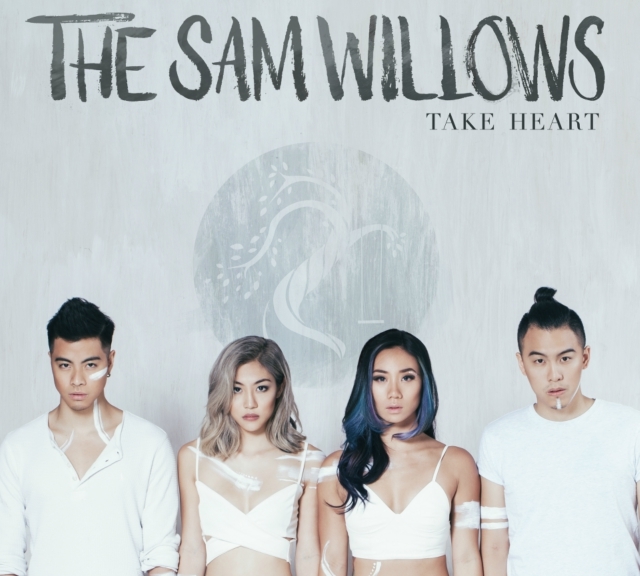 On gravitating towards a “pop folktronica” sound…

Benjamin Kheng (BK): We don’t want to be bound by it too, but to call the whole album folktronica would be incorrect. (There are) A lot of different genres in this album and we are really sidestepping trying to label it in any sort of way, except it’s just the sound that we want to put out.

JC: I think in most pop albums, there isn’t one specific genre that is being displayed. So if you listen to Kelly Clarkson or even Sam Smith, he dabbles into different sounds and different genres in the same album.

REFLECTIONS: THE SAM WILLOWS' BENJAMIN KHENG ON STARTING A BAND

On the evolution of the Willows’ sound…

BK: The thing is, individually, we’ve got such diverse musical tastes. But again, the spectrum of music in general, especially in this region, has been sort of shifting. And in Western worlds, it has gone from a bit of EDM to R&B and back to sort of acoustic music. And Asia is sort of on a different trail too. So for us, we know what our sound is already and it was a very organic, sort of analog folk country sound. But then we started throwing in different sort of sounds and equipment. And things we do on the side, we see how we can incorporate that into the band. It’s a nice mix of both.

NK: Which also means that live shows change a lot as well. I mean like credits especially go to people like Sandra, who we are like ‘Okay Sandra, we totally have to change your set up okay. So you have to go back and learn all these things and you have to do and sing at the same time’. And she will hold it perfectly.

Sandra Riley Tang (ST): They are just being very kind.

ST: I feel like from the beginning, we’ve all evolved to fill up gaps in the band. So when we first started, on our very very first gig: I was on the MicroKORG playing keys, Narelle was on horns, and then Jon and Ben were on guitar, so it slowly evolved and ‘Hey, we need a bigger sound’. So Narelle was forced to play the bass [laughs], and I picked up more instruments, more percussions to fill up different gaps because I only started with a shaker. I’m like, ‘something is missing, let’s get a tambourine to hit the snarl’. And then I’ll be like ‘Oh god, we need — because there’s a bass — we need a kick’. And it just slowly got more and more.

NK: We’re actually still experimenting, which is the fun part I think.

BK: The added element for our band is also because we have to sing like harmonies at the same time and so, it’s really figuring it out down to the pockets, what goes which and how to coordinate everything together. It’s a fun mess. But it’s our challenge.

JC: But we learn to become better musicians every day, more than just being satisfied with where we are already at. Yeah, we can do the same song in ten different versions but it’s the fun in planning the new version.

BK: I’m gonna give Kanye (West) a call man. [all laugh] He hasn’t picked up my calls.

JC: I think for us we are very lucky to be part of the whole Sony family, so we actually did a collaboration with (singer) Fatin (Shidqia) from Indonesia. We’re releasing it on video. We never know what’s going to happen, who we are going to meet along the way, but we are very open to meeting new bands.

NK: And touring with someone else is always gonna be really fun, and we would love to be able to tour with our friends. We’ve actually done it before.

JC: We were with Charlie Lim and Sezairi.

NK: We went to Australia together and it was super.

JC: Just so much fun. 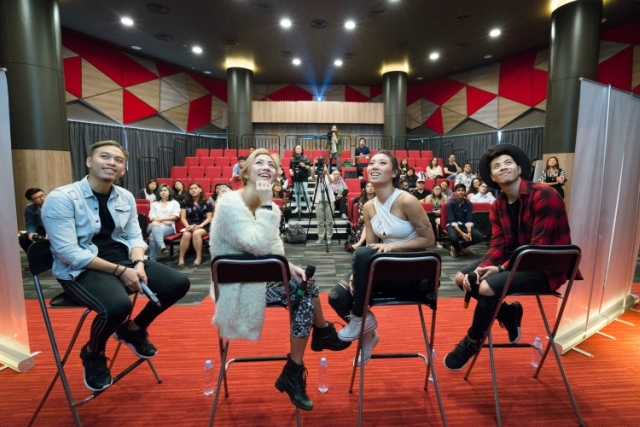 On their choice of Halloween outfit…

JC: A fierce female mascot fish in a clown suit.

NK: Yeah, someone asked us what our fears are and that’s a combination.

BK: We’ll probably go as ourselves, but as each other. [laughs]

Take Heart is now available at all digital music stores and music retailers. For a limited period, you can also find the album at Starbucks and Topshop outlets island-wide.