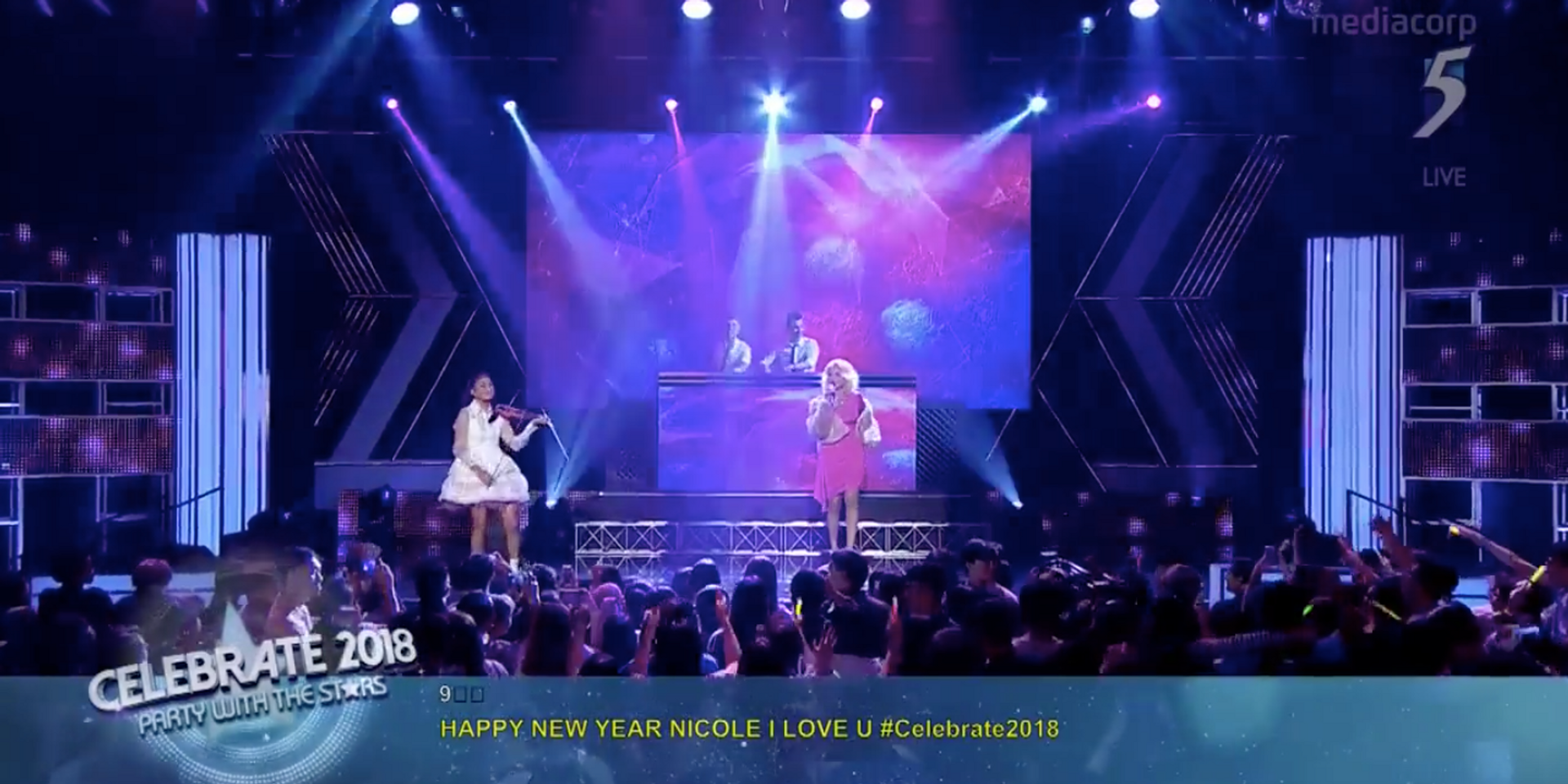 For many, 2018 started off with an unforgettable programme in Celebrate 2018: Party With The Stars, presented by Mediacorp.

Artists like Tabitha Nauser, Sezairi, Aisyah Aziz, Rave Republic, Taufik Batisah and The Sam Willows were on hand to usher in the new year, but with live performances taking precedent, the new year festivities quickly stumbled.

During the broadcast, Aisyah Aziz teamed up with DJs Rave Republic and violinist Shalynn to perform a cover of Clean Bandit's 'Symphony', Taufik Batisah jammed with Rave Republic to Bruno Mars' 'That's What I Like', and The Sam Willows capped off the night with their original piece, 'Take Heart'.

Let's say comments have not been kind, especially for the awkward and badly-mixed Clean Bandit cover, and it's a pity considering the otherwise talented performers. It just goes to show that, for the long-running programme, ideas have long run out of steam. Maybe let Aisyah Aziz perform an original next time? Preferably without shoddy EDM breakdowns.

Watch the performances below: