If your Facebook timeline is bombarded with videos of a puzzling and abruptly short teaser — one that has pretty much all the biggest names in music in one room looking uncharacteristically stoic — it’s TIDAL. If your favourite artist’s Twitter profile picture turned turquoise and tweeted a cryptic call to action, it’s TIDAL.

What is TIDAL? In the fast game of music streaming where lies a forward-moving but uncertain ground, Tidal is the newest entrant that’s pulling out its gun pretty early. The man who has taken the driver’s wheel in this Swedish-based property is none other than entrepreneurial hip-hop artist Jay-Z.

In a move that will probably fuel more dubious Illuminati theories, he revealed, in a press con just recently, a jaw-dropping group of partners who have placed a stake into the company — namely, most of the biggest names in music. Jack White, Beyonce, Kanye West, Madonna, Daft Punk, Rihanna, Chris Martin, even Arcade Fire. That line-up is already enough to substantiate the most successful pop festival in the planet. But right now, they’re stakeholders in a relatively new Swedish-based business. Why?

With such high-profile backing, it’s an asset that has the potential to affect the whole consumer market for streaming as we know it.

Before we consider their monetary interests, seeing how financially deprecating the music industry has become, let’s look at the whole issue of music streaming. The practice has already caught a lot of flak, one that we’ve covered well before, mainly by many prominent artists in different fields. Taylor Swift reasoned with Yahoo that “…I'm not willing to contribute my life's work to an experiment that I don't feel fairly compensates the writers, producers, artists and creators of this music. And I just don't agree with perpetuating the perception that music has no value and should be free."

Essentially, musicians like Taylor feel that music streaming will put artists — along with the songwriters, which is a crucial role for many pop artists — at a disadvantage. Now with TIDAL, Jay-Z wants to show to consumers that this is a fully “artist-backed” business. Even Taylor has most of her catalogue available on the service. As Jay-Z says it himself, “Right now they’re writing the story for us. We need to write the story for ourselves.” 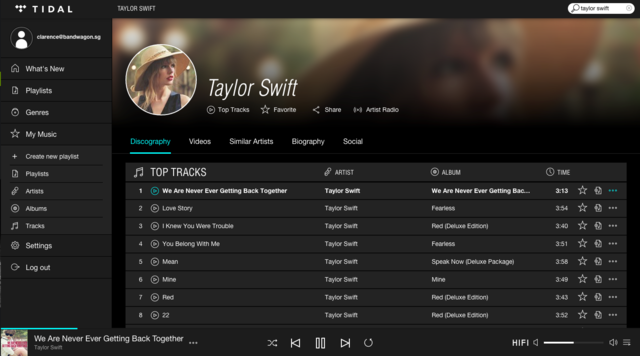 So why is that important? Well, for starters, artists haven't been happy with payouts given by services like Spotify — even though it’s a form of music consumption that’s still in progress. With the emergence of TIDAL, it signals the arrival of the musicians themselves who want a piece of the streaming pie — a place dominated by businessmen primarily outside of the music industry.

It could also mean to signify that they are serious about gaining control over their music, although they consist of only the major players in popular music genres. With the controversy over streaming royalties, that’s the biggest strength they’ve got over services like Spotify, Deezer and Rdio — who boast an impressive amount of subscribers already. They are here to represent the industry and the creative forces in it. Or at least that's what they want us to think.

As Jay-Z puts it in an interview with Billboard, "For someone like me, I can go on tour. But what about the people working on the record, the content creators and not just the artists? If they’re not being compensated properly, then I think we’ll lose some writers and producers and people like that who depend on fair trade. Some would probably have to take another job, and I think we’ll lose some great writers in the process. Is it fair? No. If you put in work, everyone else, you go to work you get paid. That’s fair trade. It’s what our country is built on." 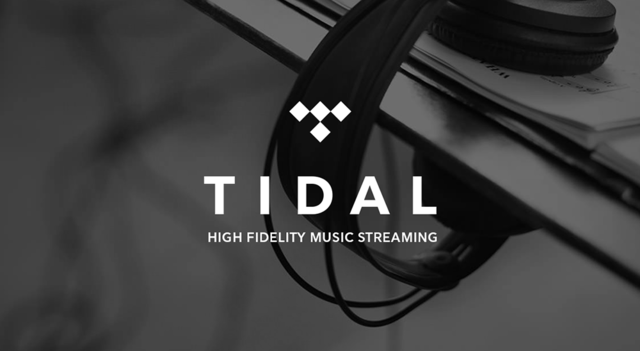 One of the main features of TIDAL's service is the introduction of lossless streaming. A form of audio compression that allows as much data to be retained, preventing a drop in quality. They've claimed that it should sound as good as CDs and better than MP3s, although it's been debated if people can even hear the difference. This article nicely highlights the importance of bitrates when it comes to our digital audio files.

It’s not an exclusive feature, especially with Deezer having had Deezer Elite in the market for a while now. Hi-res audio has always been packaged with popular phrases like “music the way it’s meant to be heard” or “the way the artist intended their music to sound”. Famously attached to mediums like 180g vinyl records or 24-bit files, TIDAL doesn’t need these phrases to the semi-discerning consumer. The artists themselves are already backing this service. They represent that element of authenticity, a factor that’s always superficially marketed for audiophile music. 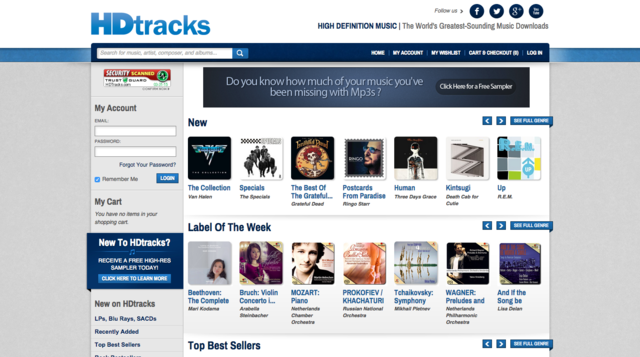 HDTracks is a website selling downloads of albums in 24 bit audio files — which is said to be even better than CDs, which are limited to 16 bit audio.

Considering its hefty price tag for the hi-res subscription, most consumers would probably opt for the regular service. At a competitive price point of US$9.99 (which you must remember is still higher than Spotify and Deezer’s SG$9.90 subscriptions) they still provide access to exclusive videos, curated playlists and an editorial section to boot. What they’re currently lacking is actual desktop software unlike Spotify or pretty much most of the streaming software out there.

That could be a significant disadvantage to users who prefer a dedicated app rather than their music playing out from a sea of Chrome tabs. Also, with the monstrous practice of the loudness wars still pervading most of mainstream music, hi-res streaming may not be able to save it. 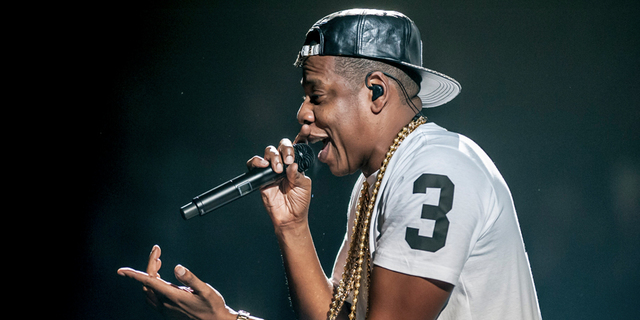 Artists are now literally invested in music streaming which could change the way the industry looks at such services. With such high-profile backing, it’s an asset that has the potential to affect the whole consumer market for streaming as we know it. Are these stockholding artists really out there to represent other musicians in the quest for fairer royalties? Or are they just looking to monopolize royalties in their favor?

Whether many of these artists really believe in TIDAL's advantages or are just setting themselves for a power play in the industry won't diminish this fact: TIDAL is out to conquer.

UPDATE: Jay Z talked about TIDAL with students at the Clive Davis Institute of Recorded Music in a Q&A. In a transcript by The FADER, he discusses TIDAL's decision to include hi-res streaming, how the service will benefit artists and more.

What we've learned from Jay Z's answers is that TIDAL is still very much in its infancy as a service and they're coming up with ideas as they go along. For a company with huge backing and big promises judging from their promo campaign, that won't be enough for people to switch over from their current streaming services. We'll just have to wait and see.