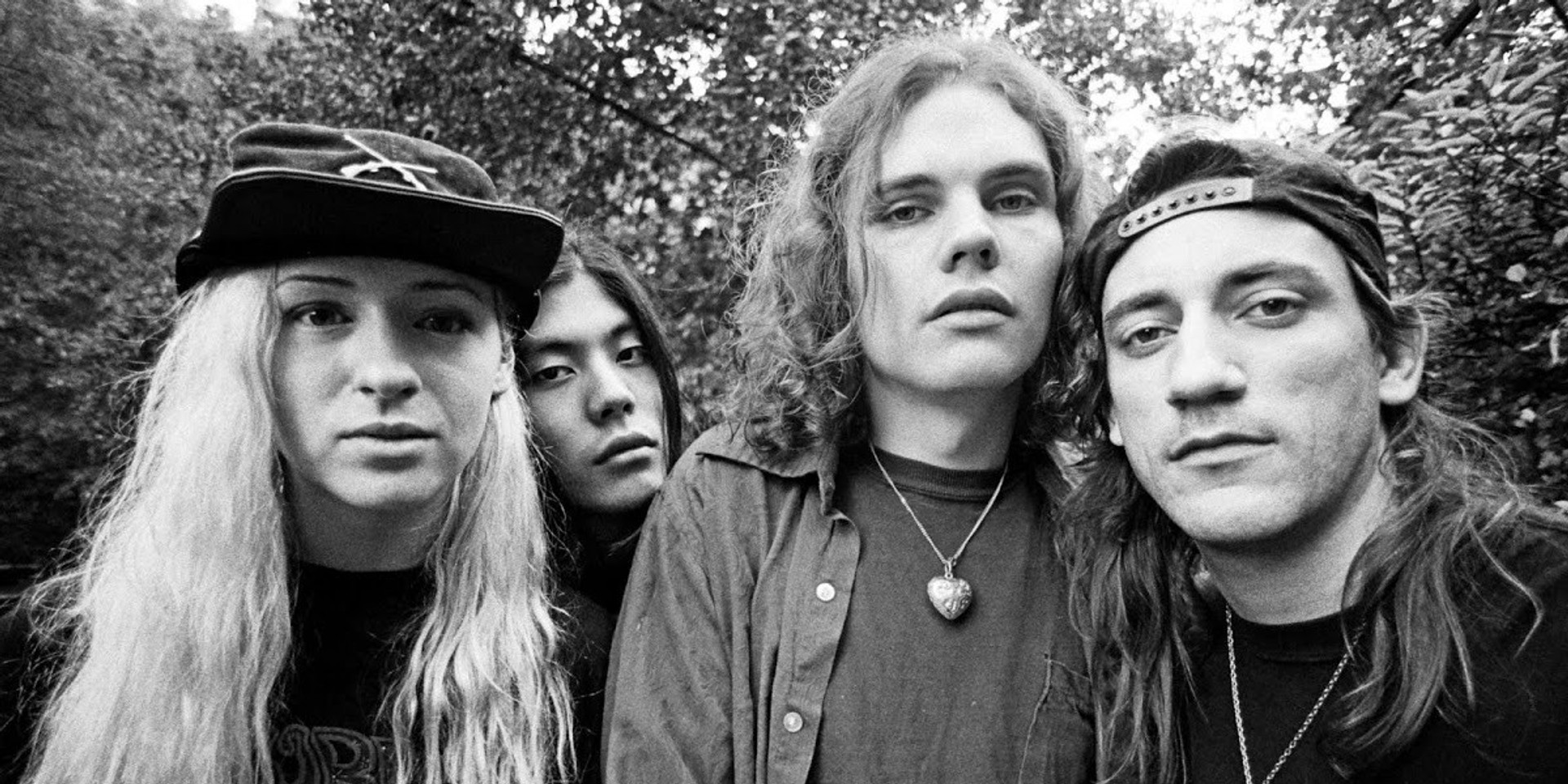 Judging from the countdown clock on their website, American alt-rock legends The Smashing Pumpkins might be reuniting. But it seems founding member and bassist D'arcy Wretzky has been shut out of this reunion, and it's starting to look pretty ugly.

Photos emerged in January revealing that the Pumpkins were getting back together, and Wretzky also announced that she would not be part of the reunion. Wretzky recently gave her side of the story to music website BlastEcho, in which she stated frontman Billy Corgan originally told her that she and guitarist and founding member James Iha would not be involved in the reunion project.

Wretzky says Corgan sent her a text message that read:

well, so you know, James [Iha] isn’t here either. It’s me and Jimmy [Chamberlin] working and Jeff [Schroeder] now too. James is focused on his stuff, which is why he isn’t here. And, as far as [Rick] Rubin, he’s gonna be involved a little but not the whole thing.

After this text, Corgan rescinded a contract he had initially sent Wretzky for her involvement in recording sessions, saying it wasn't "a real offer". The band was originally supposed to be working with producer Rick Rubin for only one song, although the plan seemed to change, and the band has since worked on up to 26 songs with him, Iha being involved in at least one song. Wretzky found out about the recording sessions via Instagram, when Corgan posted a photo of the band on his feed. Corgan texted Wretzky after going public, stating:

as far as you not being involved, there was never any decision to shut you out, or make you not welcome. It’s more about getting on the same page with [the] tour first and then the necessity of the song came up... so focus on [the] tour and I think we can find the right way to have you involved. I know speaking with Jimmy, he wants you involved so that the tour is the best thing we can all give the fans and build for the future.

The band have since released a statement on Wretzky's exclusion from the reunion, saying it wasn't for "lack of trying":

In reuniting The Smashing Pumpkins, the band’s dedication remains to its fans and its music. To that, James Iha, Jimmy Chamberlin, and William Corgan haven’t played a show with D’arcy Wretzky for over 18 years. But it’s not for a lack of trying. For despite reports, Ms. Wretzky has repeatedly been invited out to play with the group, participate in demo sessions, or at the very least, meet face-to-face, and in each and every instance she always deferred. We wish her all the best, and look forward to reconnecting with you all very soon.

Keep in mind that there are still two days left on the countdown clock. For longtime fans of the Smashing Pumpkins, this messy, acrimonious situation is disappointing, at the very least.