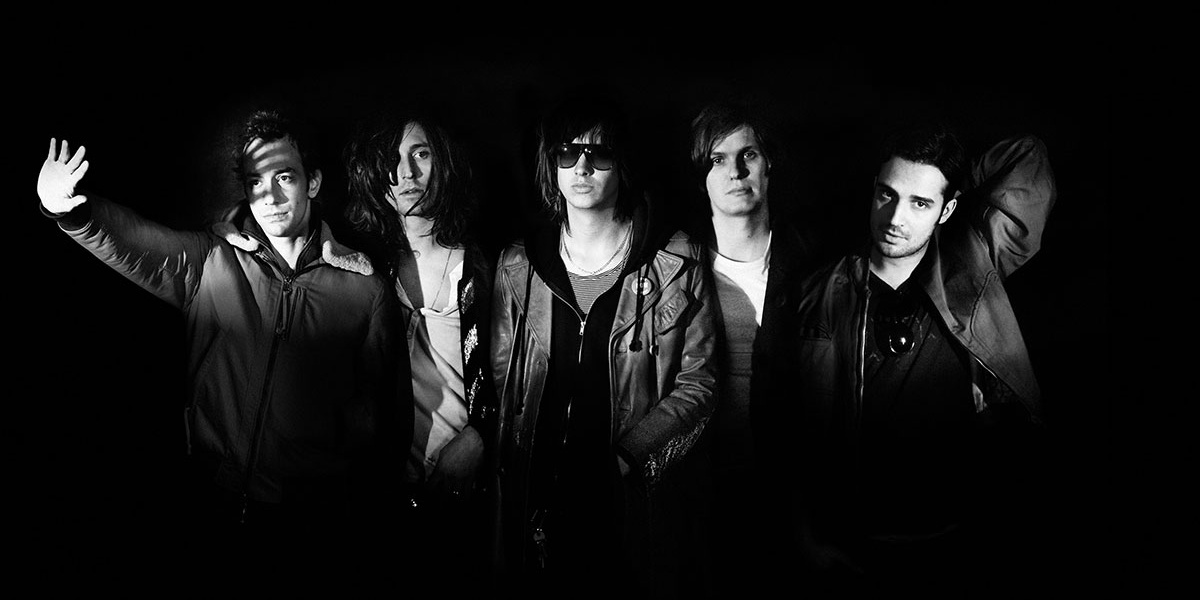 The Strokes are back with a new single and album.

Last weekend, the band teased fans with the album art - featuring work by famed New York artist, Jean-Michel Basquiat, as well as the title of their sixth studio record, The New Abnormal.

On Tuesday (02/11), The Strokes unveiled a new single, plus a Mike Burakoff-directed music video, 'At The Door',  after a powerful performance at a Bernie Sanders rally.

Yes, it's true. We have a new record called The New Abnormal and it will be available April 10.

Pre-order, pre-save or pre-add it as this is the world we live in at https://t.co/aihOtuZTKc

This is a song off said album. It’s called At The Door. Stream it however you choose. pic.twitter.com/rlQqZbEXFC

The New Abnormal, produced by Rick Rubin (who has worked with the likes of Adele, Linkin Park, and Slipknot), is slated for release under RCA Records on April 10, 2020.

Check out the tracklist here:

Watch The Strokes' 'At The Door':