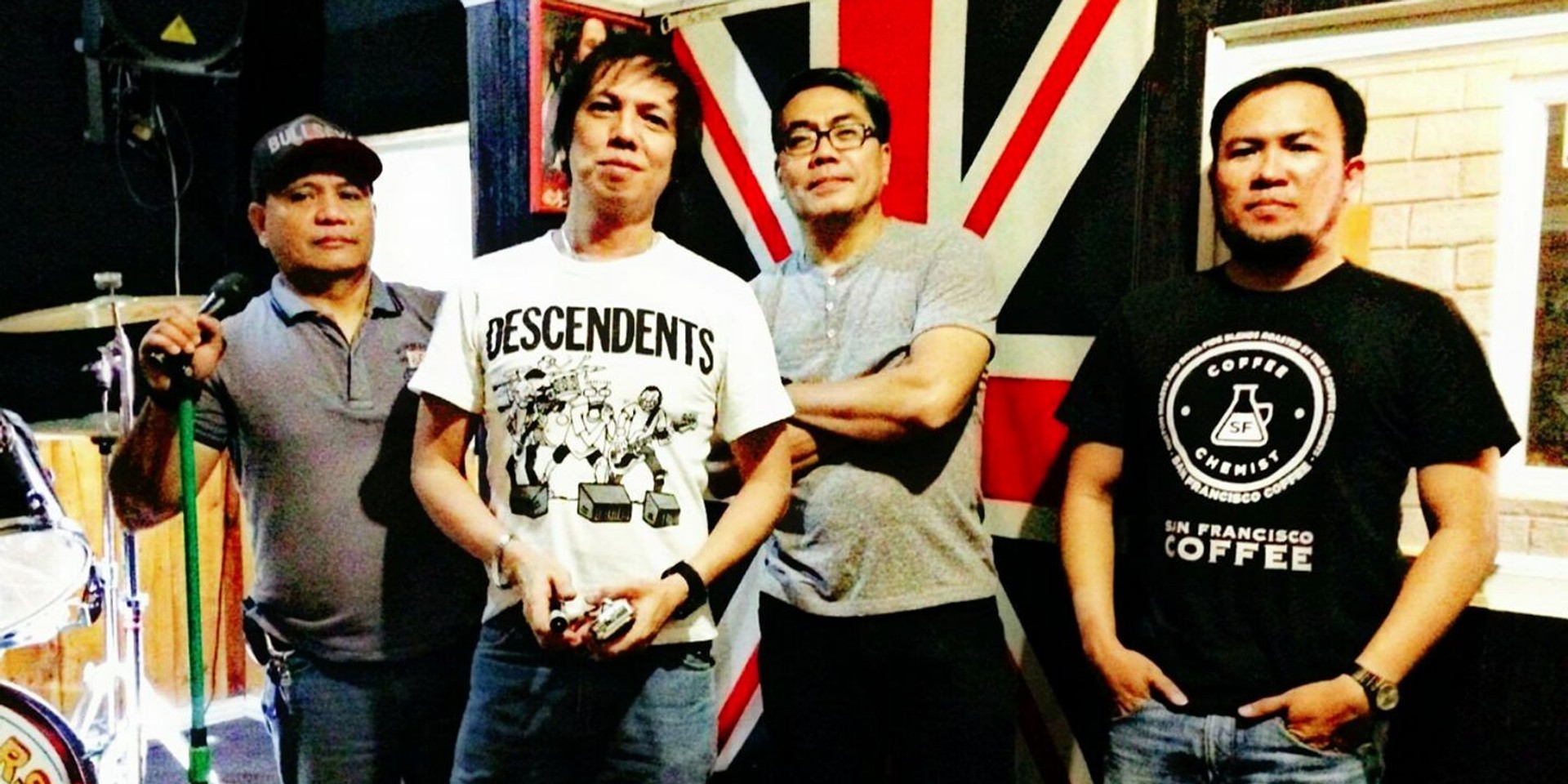 Not even the iron chains of Martial Law could stop the Urban Bandits. Armed with songs called “Manila Girl” and “No Future sa Pader” that channel the savage energy of UK punk bands such as The Sex Pistols and The Clash, their primal performances struck a chord in the disgruntled youth of the 1980's in a time of unrest leading up to the EDSA Revolution. Out there are bootlegged cassettes of their 1985 album Independence Day and the classic 1984 compilation Fatal Response in various states of fidelity, being taped from a tape of a tape of a tape, generations away from whatever originals must have circulated. Scores of juvenile delinquents roughing it out in the underground bars scattered throughout the metro today have been influenced by the Urban Bandits, even if they don’t know it yet. Many of the local bands of the 90’s that we look up to certainly did. 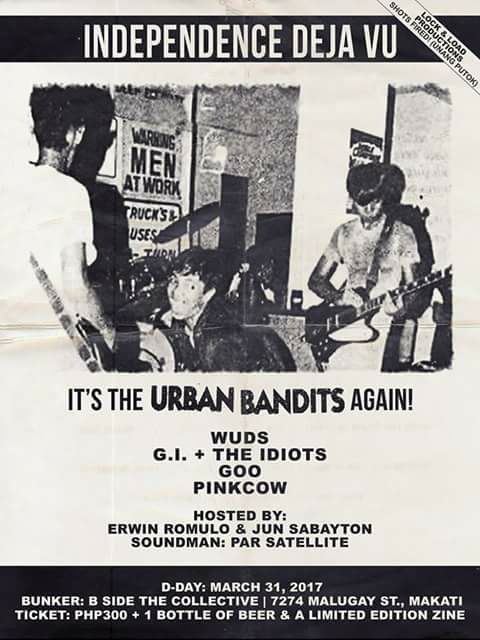 On March 31, the band is celebrating Independence Day at B-Side, The Collective, Makati. It’s a line-up not to be missed, with Wuds, G.I. + The Idiots, Goo, and Pinkcow, with Erwin Romulo and Jun Sabayton as hosts. Tickets are 300 PHP with a bottle of beer and a limited edition zine.