I remember a few years ago, back when my interest in metal music was at an all-time high. My dad took notice of it and told me about his record collection, containing classic albums by genre kings such as Black Sabbath and Led Zeppelin. At the time, I showed mere interest, thinking the vinyl record is an obsolete format comically inferior to CDs. A format destined to be associated with only the elderly. How wrong I was. The big black discs that your parents, maybe your grandparents used to play on primitive, bulky machines have beaten CDs and MP3s to be my most preferred way to enjoy music these days. That’s 2012, by the way.

Some of you reading this article may not be surprised; the fact is, its presence has been felt for years after being languished into obscurity during the 90s-early 2000s, due to the emergence of CDs and eventually MP3s. Ironically, many point to the intangibility and sterility of digital music as a reason for going back to vinyl records. The warm and lifelike analogue sound produced by records cannot be replicated by digital means. Personally, collecting records is simply a whole different ballgame from amassing an MP3 or CD collection. The feel of holding something big and knowing great music lies within, the smell of mildew in used records – it’s an intimate and romantic experience.

Fellow Bandwagon writer Ilyas wrote an excellent article on the importance of album art. I can’t help but agree; to me, album art is essential in setting up the visual element of the music. With record sleeves bigger than its CD counterparts, the art plays an essential role. There’s a greater involvement between the music and the listener. Picking up a CD sleeve from its jewel-case home doesn’t feel the same. However, it doesn’t stop at the album art. Packaging plays a part too. Sometimes the buyer is left with a barebones package, containing just the record and maybe a lyric sleeve (I’m looking at you, Bon Iver). That’s not too bad, but there are those who put in the extra effort in making the package as unique and intricate as possible.

Although CDs have their own fair share of beautiful packaging (our local talented felines Monster Cat came up with a brilliant package design for their EP Mannequins), it simply doesn’t beat when it comes to vinyl in all its enlarged glory. I have a copy of Black Up by Shabazz Palaces on the format (an amazing hip-hop album, btw). Not only is the album art different from the CD release, but they used material for the sleeve that feels very smooth and refined (feels like velvet to me), much more than regular cardboard sleeves. I pick it up sometimes just to play with it when I’m bored. Don’t get me started on coloured vinyls. Those pretty things.

Listening to classic records: the way they were meant to be heard

Not only can you buy new releases by most artists on wax these days, you can also discover old albums through used records. I remember when I listened to an original pressing of Pink Floyd’s Dark Side of the Moon; my jaw dropped. It sounded way better than any digital remaster I’ve heard. Give Blue a spin and you’ll realize just how Joni Mitchell sounds so rich and inviting on analogue. Even if you can’t find a used copy of a classic album you so badly want, many labels are generously re-issuing titles, especially those rare ones that have been out-of-print for decades. 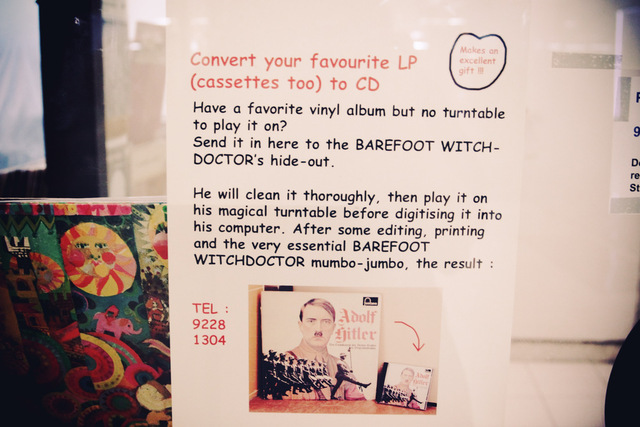 Artists have come out and given their support of the format since the 90s. One famous proponent is Jack White, who has always made sure each album he recorded with The White Stripes (R.I.P.) was pressed on wax. Even some Singaporean acts have embraced vinyl; Shelves and The Observatory have had their latest albums released on the format. I Am David Sparkle released their 7’’, Nosferatu Makes Me Nervous, a few years back.

There are those who see this resurgence of vinyl as nothing but a fad, a resurrected cultural by-product. With our culture embracing everything ‘retro’ from fashion to music, it is an understandable viewpoint. However, seeing how CDs (even MP3s) are in the decline due to streaming services, vinyl records will last; the format possesses qualities you just can’t attain from digital music. Sure, it won’t reach the mainstream success it did in the 70s, but it will thrive as long as people enjoy music in a tangible format.  That’s not wishful thinking, it has been documented that vinyl sales have increased every year since mid-2000s.

There's even Record Store Day, celebrated on the third Saturday of every April. It encourages music lovers all around the world to go out there and support their local independent record stores. Exclusive records are even released on the day, for example the recent Mastodon/Feist 7" split.

Of course, digital music remains to be a vital format for the music industry. You can’t beat the convenience and flexibility the format has. There are labels that combine the best of both worlds; records packaged together with cards containing a code to download the entire album in MP3 format. That could very well be a sign for the future of the music industry: a harmonious partnership of analogue and digital. 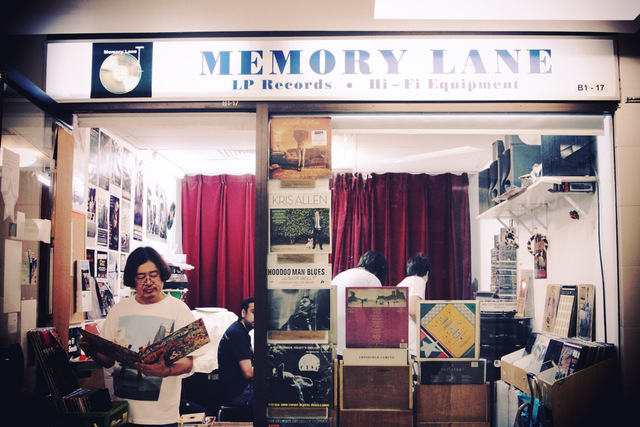 Granted, it’s not a cheap hobby. New records can cost from SG$30 (they’re not cheap to import). In my opinion, the investment is worth it if you want to jump into the wax pool. Collecting is a fun activity (until it starts draining your bank account, of course). Even if you don’t have a turntable, you can just revel in the large album art. One way to start collecting without breaking the bank is to stock up on used vinyls. Our tiny little island has its own fair share of record shops. Two used vinyl stores I highly recommend are Memory Lane at The Adelphi and For the Record at the Peninsula Shopping Center.

At the end of the day, the most important part is enjoying the music itself. Different formats are great but it’s all about the music, isn’t it? Despite that, I believe vinyl records complete the listening experience. It actively engages both the aural and sensory experiences. It transforms music into something tangible rather than a mere track on your iTunes library. The size encapsulates the physical presence, staring at the album art for hours and imagining your own personal interpretation of what it means. Dropping that needle on the record is a magical ritual that only happens between the listener and the music. So, soak up the culture and happy digging!

What do you think? Are vinyl records here to stay or are they just a passing fad?