Hip-hop. Ask the average music fan inclined towards rock and pop music and they’ll tell you rappers are all about glorifying drug use, sex and gangsterism. It has gotten its fair share of misrepresentation due to the explicit nature and content of the music released over the past few decades. Hip-hop on the charts has since maintained that image, along with the confessional nature of rappers like Eminem and Drake, with the underground having the fortune of diverse styles brimming with creativity. While popular hip-hop still moved forward with the politically-charged rants of Public Enemy to the socially-conscious commentary and jazzy sampling of A Tribe Called Quest, none changed the face of the genre in the underground more than Stones Throw Records.

The record label was founded by Peanut Butter Wolf, real name Chris Manak. Originally part of an up-and-coming rapping duo in the underground hip-hop scene with Charizma, Peanut Butter Wolf was left on his own after his partner was tragically murdered in December 1993. Dealing with the absence of his best friend and musical soulmate, he began composing beats on his own and practiced the art of DJing. Soon, he found his own two feet in the scene and officially opened Stones Throw Records for business in 1996. 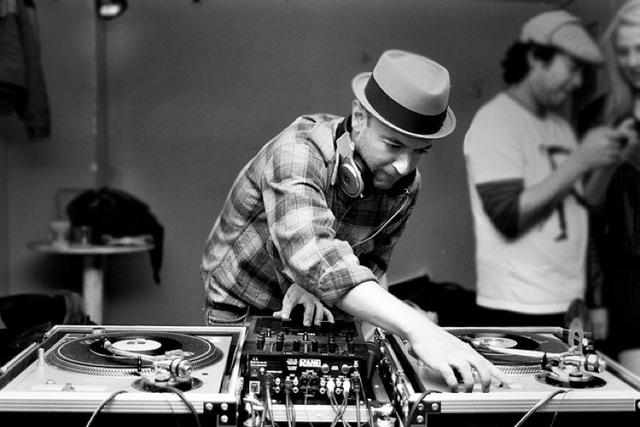 While primarily focusing on hip-hop in its initial stages, with early releases including the recordings of his works with Charizma along with his own solo debut My Vinyl Weighs a Ton, Peanut Butter Wolf already had bigger plans. For the label to work their way up was not easy but thankfully Peanut Butter Wolf had an excellent eye for talent. He signed a bevy of original, hard-hitting talents and among them were producers Madlib and J Dilla. With the riches of these artists, Stones Throw released some of the most forward-thinking, exciting releases to permeate underground hip-hop: Madvillainy and Donuts.

Madvillain was the ingenious pairing of Madlib with the enigmatic MF DOOM (now known as simply DOOM). The result of their collaboration, aptly titled Madvillainy, was an innovative hip-hop record that broke ground with Madlib’s highly adventurous beats and use of unconventional samples, along with MF DOOM’s inventive and cryptic lyrics. Donuts, on the other hand, was J Dilla’s magnum opus; a culmination of his short but illustrious career before his untimely death which showcased his incredibly unique approach to composing beats and sampling altogether that continues to inspire a generation of artists, both in and out of hip-hop (UK’s Jack Barnett from These New Puritans, Disclosure and even The Horrors count themselves as such).

Both records were extremely well-regarded, cementing Stones Throw as a premier underground label in hip-hop. Peanut Butter Wolf always maintained that Stones Throw does not function solely on releasing hip-hop records, progressively signing artists across different genres that have since found success as well (Mayer Hawthorne, Aloe Blacc, Dam-Funk, Karriem Riggins, Jonti among others). Even Madlib himself fearlessly dipped his toes into the daunting and illustrious world of jazz before recording a series of jazz-fusion records under the fictional group moniker Yesterday’s New Quintet.

"Our Vinyl Weighs A Ton" Documentary Screening In Singapore

Recently, Peanut Butter Wolf was in town to screen his label’s well-received documentary Our Vinyl Weighs a Ton, thanks to the people at Sideshow. A 90-minute retrospective look into the label’s storied history, it was a fascinating look into how the label has managed to maintain its relentless modus operandi while still surviving the unforgiving mechanisms of the music industry. With a forward-looking agenda, they were early adopters of newer business models for selling music in the early ‘00s and sought out new ways to reach out to their core fanbase and beyond. All this while releasing some of the most left-field, original and uncompromising music spanning a multitude of genres. From erecting a small label borne out of tragedy to winning devotees worldwide that include Kanye West, ?uestlove and Tyler the Creator, Peanut Butter Wolf is a prime example of (in the words of the mighty Atmosphere) when life gives you lemons, you paint that shit gold. 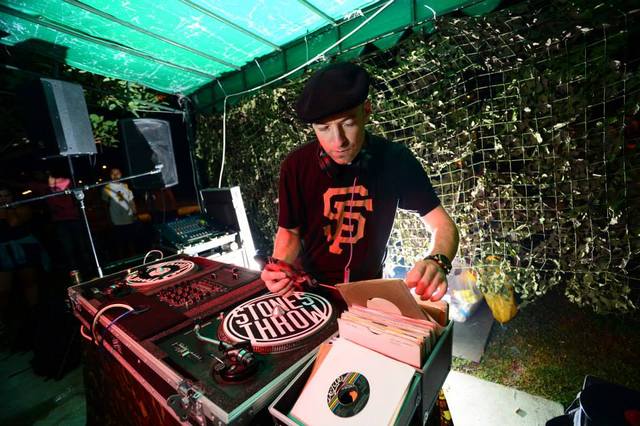