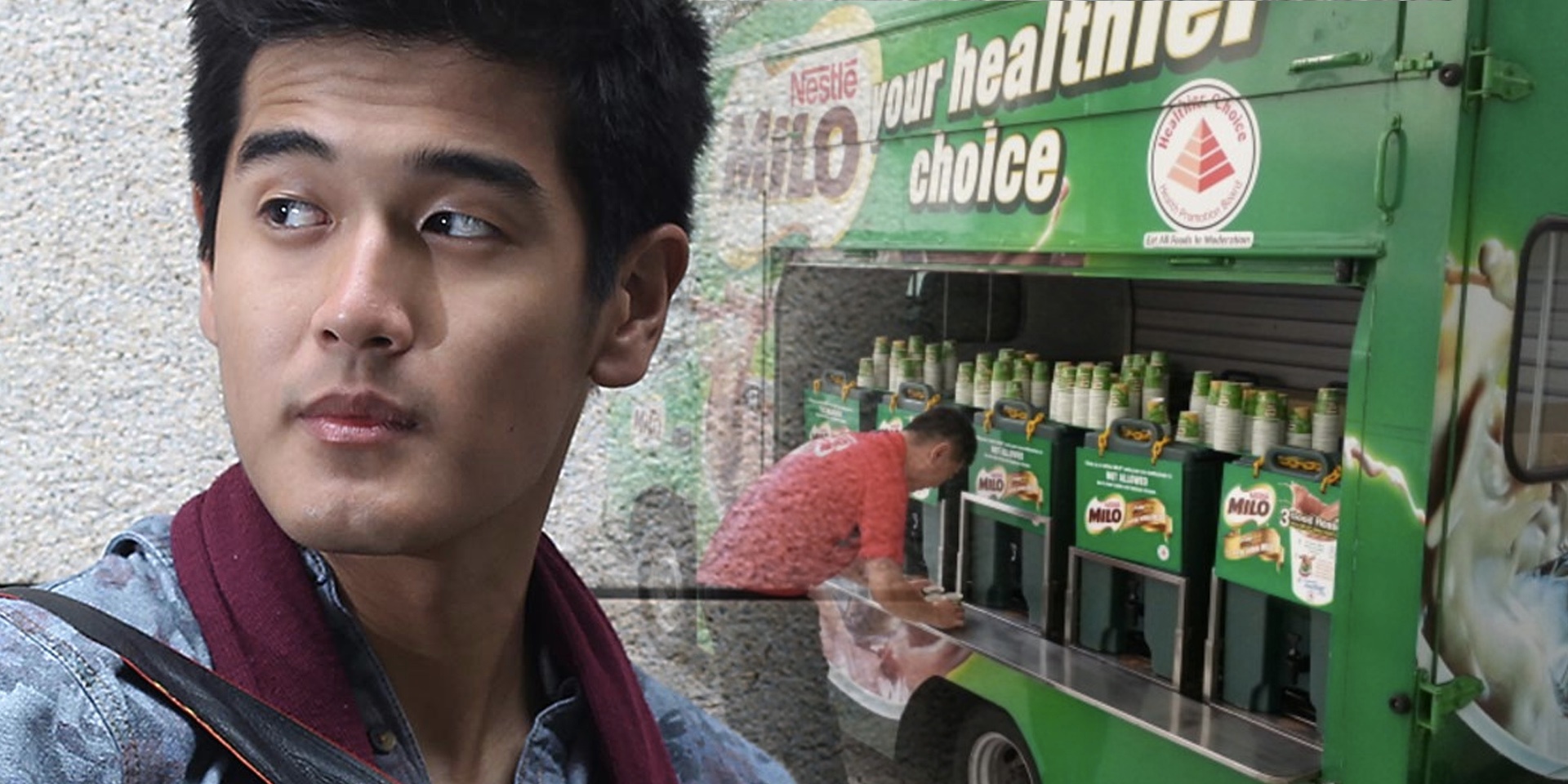 Despite the intense lead-up to the grand finals of Sing! China, Singaporean singer-songwriter Nathan Hartono has the back of pretty much everyone in Singapore, including Nestlé Singapore.

The reputed food and drink company owns Milo, arguably the most popular chocolate beverage on this side of the pond, and being a fan of the drink himself, Hartono promised to rent "a fleet of Milo vans and treat everybody to Milo peng (iced Milo)". Nestlé is way ahead of him, though, and it seems like they'll be hosting their own pre-finals party in support of the singer tomorrow.

From 11am to 8pm, a Milo van will be stationed at the outdoor area of Plaza Singapura — Front Plaza (Outdoor), to be exact — and fans will be able to enjoy complimentary cups of Milo while waiting for results from the final round, which will take place tomorrow evening at the Beijing National Stadium. Nathan Hartono will perform two songs at the finals, including one with his mentor Jay Chou.

“Win or lose, Singaporeans will get their MILO peng. This is to show our appreciation for Nathan Hartono’s remarkable achievements, as well as all Singaporeans who have contributed to the country in one way or another,” said Mr Chow Phee Chat, Director, Marketing Communications and Corporate Affairs of Nestlé Singapore, in an article by TODAY. “We are heartened and moved by the overwhelming number of suggestions from Singaporeans on locations for our MILO vans."