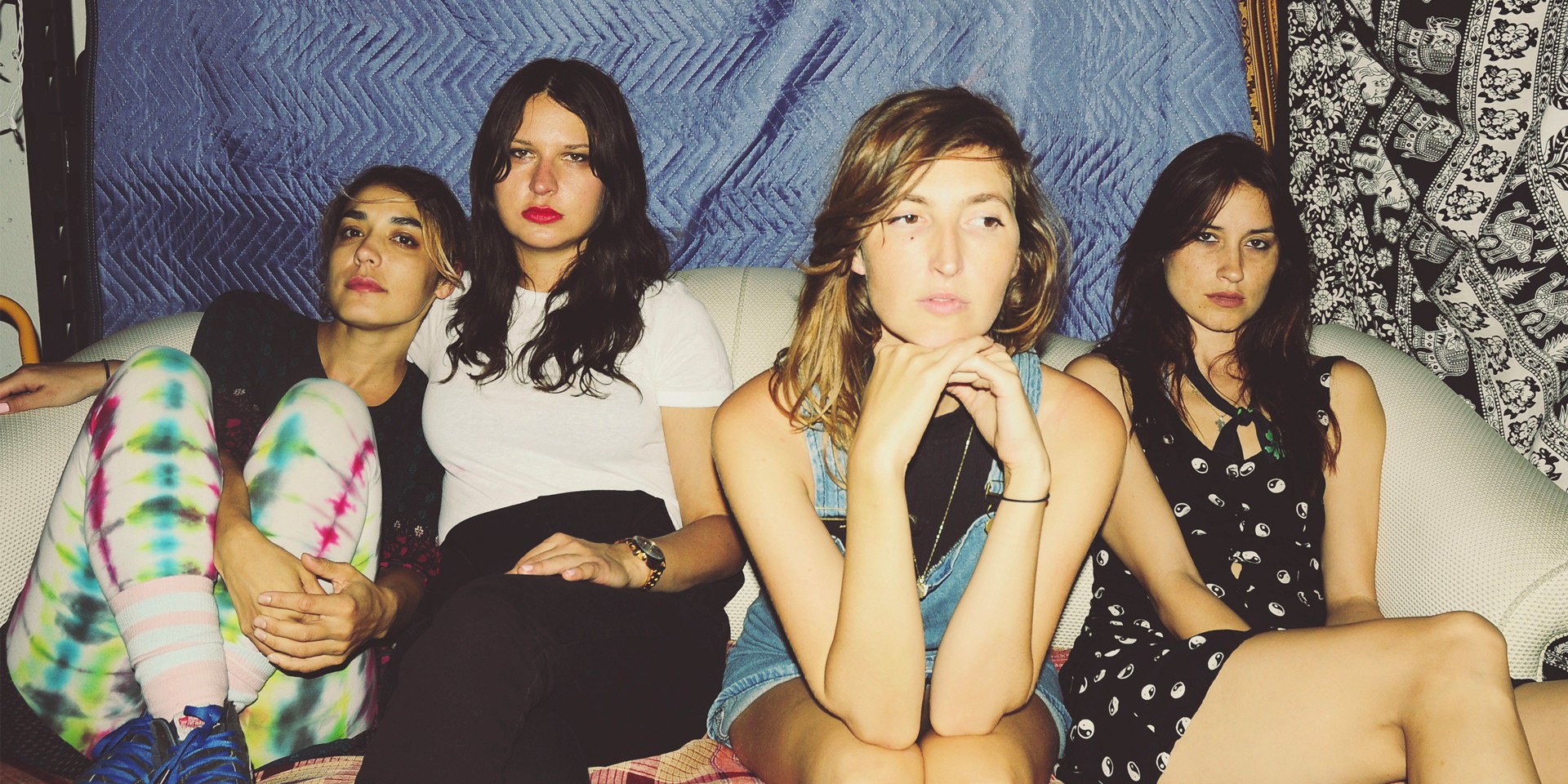 This week, Harry Styles will kick off the short Asian leg of his world tour with a show in Manila and a date in Singapore two days later. He'll be accompanied by Californian indie band Warpaint, whose woozy, moody guitar rock has entranced concertgoers worldwide for a decade now.

Warpaint – guitarist/vocalist Theresa Wayman, bassist Jenny Lee Lindberg, guitarist/vocalist Emily Kokal and drummer Stella Mozgawa – have three albums and an EP under their belt, the last being 2016's Heads Up. In between releases, the band's members have also stayed busy: in 2015 Lindberg released a solo record Right on! as Jennylee, while Wayman's solo record as TT will be out on 18 May.

We spoke to Wayman ahead of their shows in Manila and Singapore about how they're preparing for their huge shows with Styles, her solo project and looking back on 10 years of Warpaint.

You're about to go on tour with Harry Styles. Have you been practising? What’s been going on with the band so far?

Yeah, we’re doing a couple of days of rehearsals to get ready for the show. Basically we haven’t really been on the road much this year, but we did a lot last year. We’re kind of in the groove with our live show and I think we just need a couple days of rehearsals, maybe throw in some songs we haven’t been playing. I’ve been working doing live rehearsals for my own solo project as well.

You said that you’re rehearsing new songs that you haven’t really done in a while. Are adjusting your set for Harry’s audience and fans at all, or are you just presenting Warpaint to them just as you would to any other crowd?

I think we’re doing what we normally do. I wouldn’t even really know how to do it, I mean I always just think out what are my favourite songs I want to play, what I think my favourite songs are and how I pick. If I feel like that would translate well to the audience, I would take the songs that I think are just most understandable and that I think feel the best in general, so I’m gonna just keep doing that. And we all feel that way.

When the tour was announced and a few members of Warpaint made comments saying it would be fun to play to a crowd that might not necessarily be super familiar with your music, there was some pushback on those comments - fans saying that they felt a little bit patronised, or felt they have been underestimated. So I was just wondering what you thought about that, given that that might have been sort of a reasonable thing to say a few years ago, but with streaming, and genre divides just slowly becoming more and more irrelevant, maybe not anymore?

I don’t think that was what people got offended by. I think it sounded like something else. I think it is possible that a lot of people haven’t heard of us - we did open for Depeche Mode, and a lot of their audience hadn’t heard of us. It’s just true, you know, we’re not like a household name band. So I think it’s very possible that a lot their audience might not know us. Because they live in a different world, just like Depeche Mode... It’s just different, but also at the same time I know what you’re saying, it is a different climate right now, I think especially now, with Spotify, you can know about almost every genre. You hear ultimate guides in that genre every week, here’s your playlist. You can know anything, you can find something that you like.

You mentioned earlier in the call that you are about to put out a solo album. I know that you had a project called BOSS since 2015, and I was wondering, do the tracks on your solo record extend all the way till back then?

That project is kind of on hold, and it got mixed up in the press that that was my solo project. But during that time I did record a couple of songs on my album with Dan Carey, the producer, one of the guys in the BOSS project. And there was probably going to be more of that, but that’s not my solo project. There will be more BOSS tracks definitely.

When you're writing music, whether for Warpaint or your solo project, how do you know whether it’s a Warpaint song or a solo song?

Yeah, I think one easy way is, if I’m just making a song and I make a beat, and then I add bass, and then I start adding guitar and I started singing on it too, then it’s pretty much not going to be a Warpaint song because I already filled in all the spaces and there’s no room for anybody else.

But I think there’s a feeling that I can’t necessarily describe or put my finger on, but I kind of know when something is maybe not a road that they would want to go down. But Warpaint also is kind of all over the place and with every album we experience different things, go to different places and different styles, so I think that a lot of different types of songs could become Warpaint songs. I think it’s mostly just about if I’ve left space on the track for them. I wouldn’t like it if, like, Emily wrote a song and there’s nothing on there for me to do.

It’s been 10 years since Warpaint released the EP Exquisite Corpse – it's been a decade in which Warpaint has been putting out albums and touring actively as a band. I was just wondering if you've had the opportunity to look back at all of it and if you have any thoughts on that.

Yes, I think that we’ve grown a lot, and there’s also a lot more too, and a lot more music to be made, and I can’t really believe how long it has been. It’s really strange to think that we’ve had like three albums under our belt, and an EP and we could play for, like, three hours – we have enough songs to play a long show. You just kind of become that band. You have a catalogue. You wake up one day and you are that band, like “oh, wow interesting”!

But I feel like I’ve only scratched the surface, because each album has such a long cycle, like we’ve only done three albums, that seems like it’s not that many, seems like I’m just learning to make albums. You do one and then you learn so much about how you want to do the next one, but you’ll get around to the next one for another three years or two years, because you have to tour for that one. I feel like we’re just scratching the surface and I can’t wait to do more.