Singapore-based British singer-songwriter Chris Jones returns with his primary project These Brittle Bones after a short break, announcing a bold two-part EP titled Hiraeth. The 15-year-old prodigy, best known for his atmospheric and deeply personal brand of folk pop, distinguishes each part by its production ― Part 1 sports a lo-fi sound produced entirely out of his bedroom, experimenting with different musical styles and composition whereas Part 2 has him in the studio with polished songwriting and refined instrumentation. 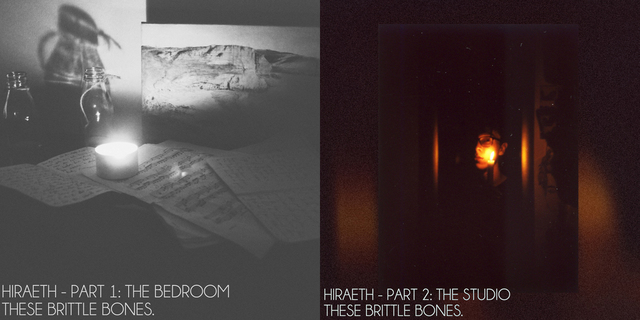 On January 20, the first track from Part 1 will be released exclusively on Spotify. From then on one track will be released each week exclusively on Spotify until the full EP is available. As well as having the standard song each track will be accompanied by audio commentary from Chris, helping to explain and build the story behind the project. On February 3, Part 2 will be available as a pre-order (with Part 1 as a bonus).

Hiraeth will then be released in full on February 24, including a deluxe edition including two bonus tracks as well as a music video. Check out our interview with him a few years back when he was still a fresh-faced musician in the scene at just 13 years old.