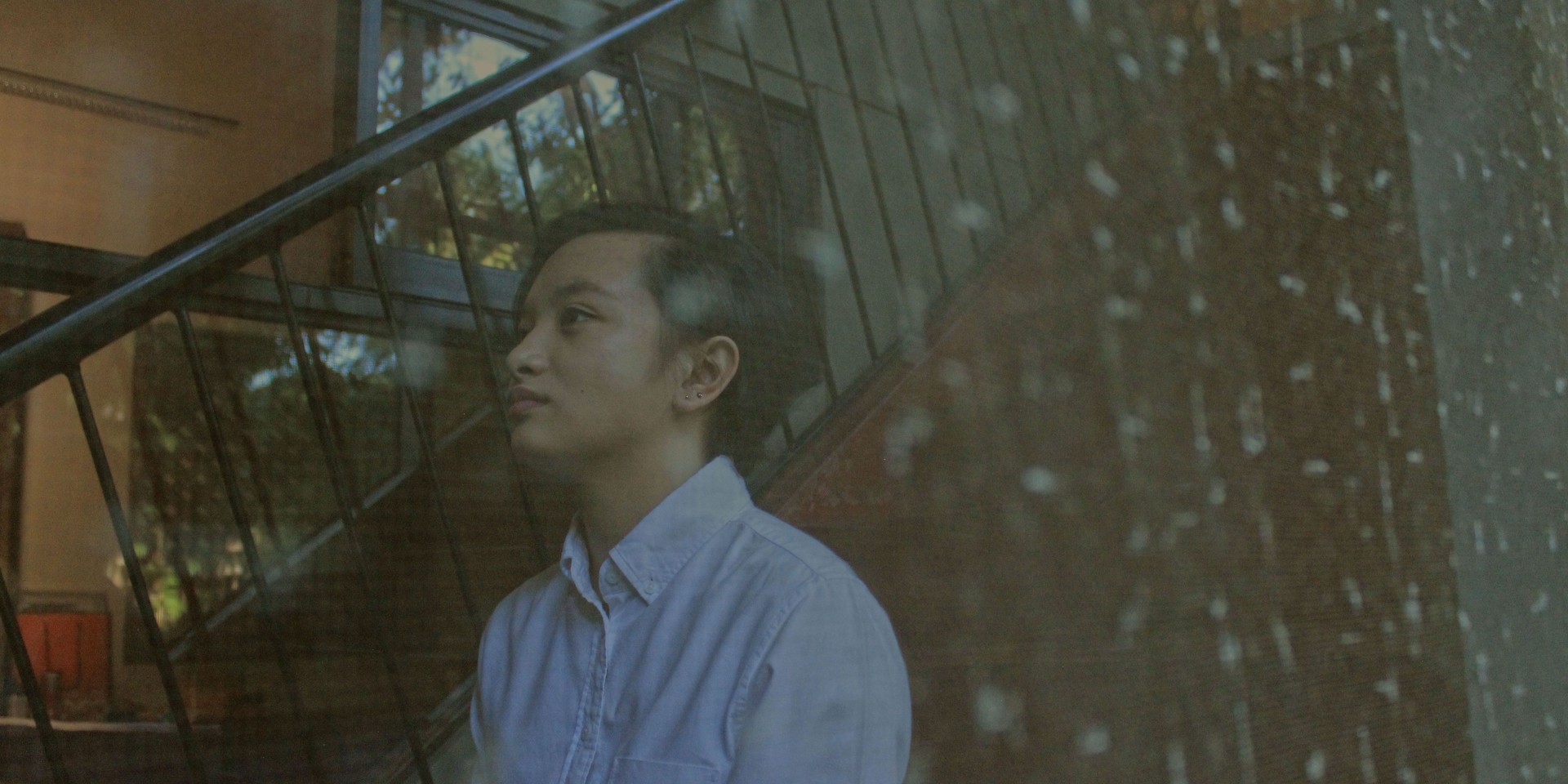 TheSunManager is releasing the final installment of the Worth Music Video Trilogy. The first two videos, 'Other Side' and 'Try' were released earlier this year,  while the title track of TheSunManager's full-length album, Worth, is slated to debut this weekend.

The music video launch will feature the premiere of 'Worth', as well as performances by Toni B., Yan Abelardo, Carlos Castano, and Farewell Fair Weather.

We speak to April Hernandez a.k.a. TheSunManager about the concept behind the trilogy, TheSunManager's two sides, and being a sound engineer in a mostly male industry.

The first three music videos off your debut album are part of a trilogy. Can you share with us the story behind the videos?

So for the first music video, 'Other Side',  we wanted to show how a person can have two sides to themselves. That's how I experience it at least. TheSunManager is kind of a physical manifestation of my good days (mental and emotional wise); a record and reminder that I can be that person. The alternate of that of course is a side of myself that not a lot of other people see: the side that overthinks and worries and doubts - negativity. I recognize the necessity of the existence of both to maintain some sort of balance in me I guess. And I appreciate that I can actually go either way; affecting how differently I get to experience a lot of things.

The trilogy basically tackles on that aspect; how that dynamic plays out in different scenarios and eventually how it all comes together to see that a person is a person, because there are so many parts and dynamics that play out. I think we take that for granted and we sometimes just look at people on a surface level. The three videos also tie up with the album's concept: self-worth, your worth to other people, and the worth of your existence, and presence in the great scheme of things."

Who was the production team behind the idea behind the unusual concept of the videos?

The concept was created by W2 Productions. We met and talked over how to present this very unusual concept and this is what we came up with. We wanted to veer off from presenting love in a romantic way."

Aside from being a musician, you're also a sound engineer when you're not performing onstage. Female sound engineers are rare in the industry; can you share with us your experience behind the boards?

Being a female sound engineer in Manila is actually quite exciting! I like the feeling that maybe I can show other women or young girls that they can also make a career in pro audio. Live sound engineering has been dominated by men locally for so long. I've had my fair share of judgement from men because it really is easy to judge me as an engineer (I look like a young little girl that may or may not actually know anything about live sound HAHA).

In other countries, women are already part of touring crews and are FOH engineers and tour managers. Slowly, maybe we can practice those here as well. I guess the biggest advantage of me going into pro audio is learning; not just from mentors and fellow engineers, but also the shows themselves are great teachers.

It's nice that I get to expand my musical knowledge more than the writing, producing, and performing. There's a certain type of fulfillment I get when I get to do the following things: make the band sound great, make them feel great with the sound onstage (to perform and enjoy a great set), and when people enjoy and go crazy! I know that I did my job if I get to do those things. Quality live sound is a necessity for a great gig / show experience. It's an "unsung hero" type of job, but I love it.