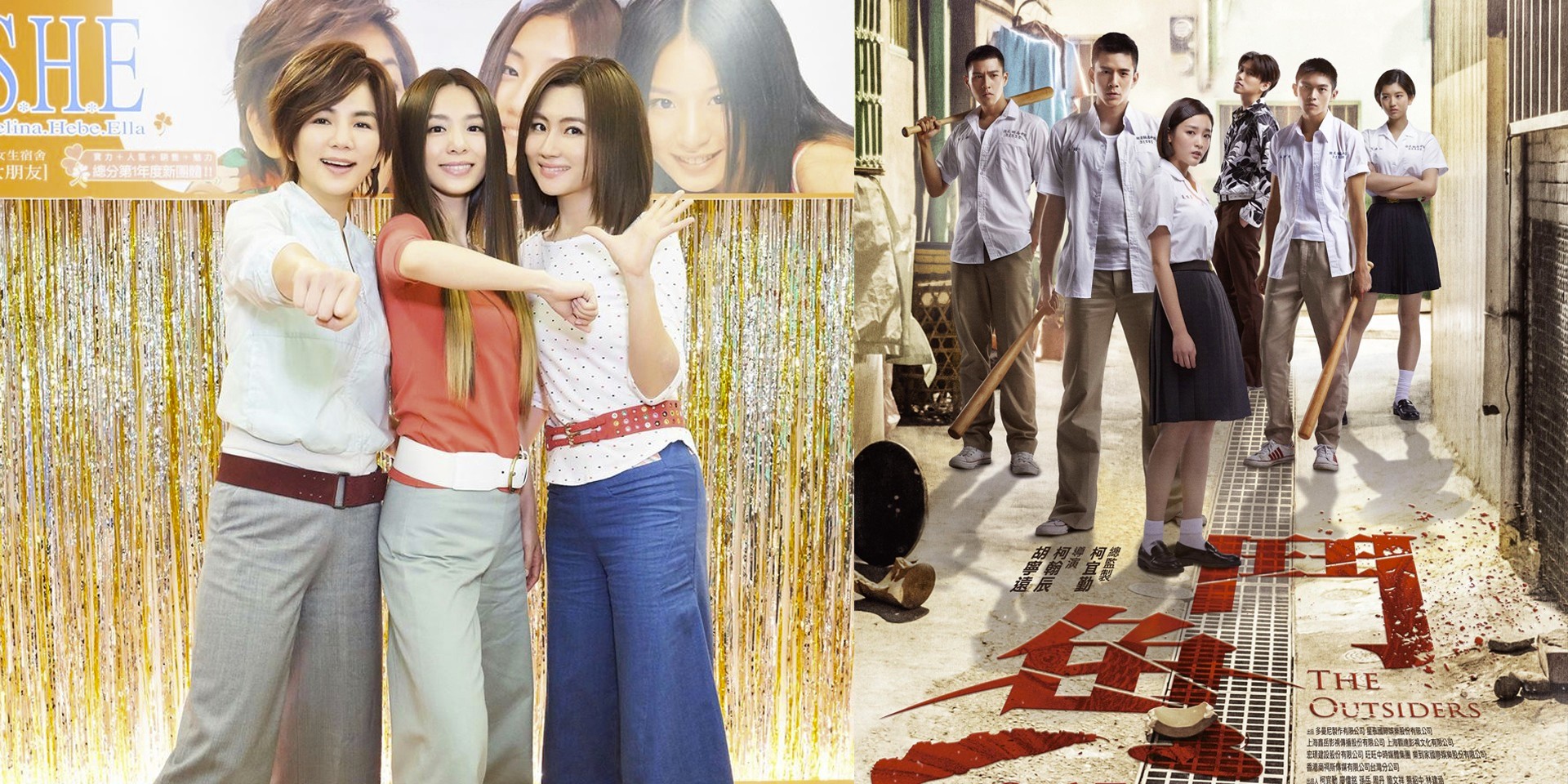 The KKBOX charts are always full of delightful surprises. Even a quick glance yields not just the freshest and most popular hits in the Mandopop world but the larger trends and pop cultural forces that inform their undeniable popularity. This month, the key word is nostalgia. Three of this month’s top tracks throwback to the 2000s in various incredible ways. Those who were fans of Mandopop artists, from S.H.E to F.I.R., back in the day, should not miss out on the new songs. The three songs we've profiled below will definitely bring back memories of you listening to these artists’ songs on your good old MP3 players.

The queens of Mandopop are still standing strong after 17 years. S.H.E celebrates its 17th year milestone with a new track titled '17', its first single as a trio after two years (the last was their 15th anniversary track).

With Selina pursing a career in hosting, Hebe paving a successful career as a soloist and Ella taking up bigger roles in acting gigs, the power of three coming together as one is massive. Following the release of ‘17’, the song debuted on KKBOX’s weekly chart as second place and rose to first last week.

One of the distinct aspects of S.H.E that makes it so different from other girl groups is its harmonisation. The trio’s mature voices still come together in perfect harmony, which is sure to make anyone who lived through 2000s Mandopop music, teary-eyed. Penned by Qingfeng, the lyrics details the journey S.H.E has been through.

S.H.E dropped the music video of '17' two weeks ago, and is still on YouTube’s top trending list. The video went viral as Selina, Hebe and Ella replicated their styles from their debut days. Like the song, it’s also a masterpiece and not to be missed.

Also, can we just talk about how Ella looks exactly the same as 17 years ago?

Hebe established her own sound of music and an entire brand for herself after going solo. Her latest release produced by Sandee Chan, goes by a 'Live in Life' concept where she did a one-shot live recording for the song. The song title translates directly to 'A Room of One’s Own', inspired by third-wave feminist writer Virginia Woolf’s classic, A Room of One's Own.

'Stay' gives a closer glimpse of Hebe’s real self. She even wrote the lyrics for this song, which expresses how she would live in the moment.

Without fancy setting and camera work, the simple shots and quaint music of 'Stay', reminds one of Hebe’s older solos such as, 'Let Her Love You for Me' and 'Ferris Wheel'. These two old solos were decent pop singles, but gave a glimpse of Hebe’s singing ability.

'Stay' is definitely a song that requires strong techniques and Hebe showcases her strong skills here. Seeing a Hebe like this, it’s hard not to think back on how much this singer has grown and matured in music style.

Over the years, Hebe’s music seems to have slowly drifted off the mainstream pop world and shifted towards more artsy and abstract realms. But despite this, 'Stay' ranked 11th, seventh and ninth over the weeks on KKBOX Music Supper charts. It is pretty impressive for an off-mainstream song to be able to top the charts for three consecutive weeks. And part of that has to do with Hebe’s strong brand and cult following as a soloist.

Fans of Taiwanese dramas in the 2000s probably will not forget the tale of good girl Yen Zi falling in love with bad boy Ah Hao and embarking on a journey of love which changed both of their lives.

Even if you’ve never watched the drama, we’re sure you’ve heard the theme song, 'Lydia' by F.I.R.. At least one of your friends would’ve sung it in your after-school karaoke sessions.

The heart-wrenching 2004 drama, The Outsiders, starring Ady An, Dylan Kuo and Blue Lan, got a movie remake in 2018. And surprise, F.I.R has been enlisted to sing the movie’s theme song again. But though the credits say F.I.R, it’s just I.R. After lead vocalist Faye’s departure from the band, F.I.R hasn't been releasing new music, until it got a new vocalist Lydia.

With Lydia on board, the band released 'Spark'. Although performing well on the charts (ranking fourth for three consecutive weeks!), the song raised a bit of discussion.

There was some disappointment about not hearing ex-lead vocalist Faye’s distinct voice but Lydia did pretty well for a debut song. Her voice does resemble Faye’s a little (without the husky and unique singing style that Faye has), but it’s something refreshing, given the pool of female singers in the market.

The chorus marks the highlight of the song and highlights Lydia’s voice. She did justice to the song, especially with her high notes. Kudos to the young singer!

It’s a pity that Lydia made her debut in the shadow of Faye. 'Spark' is a great song as a standalone single. Perhaps not associating with F.I.R. would’ve been a better choice — coming in with an expectation, one can’t help but compare the two subconsciously.

In case you missed it, watch highlights of this month's KKBOX Music Supper here: