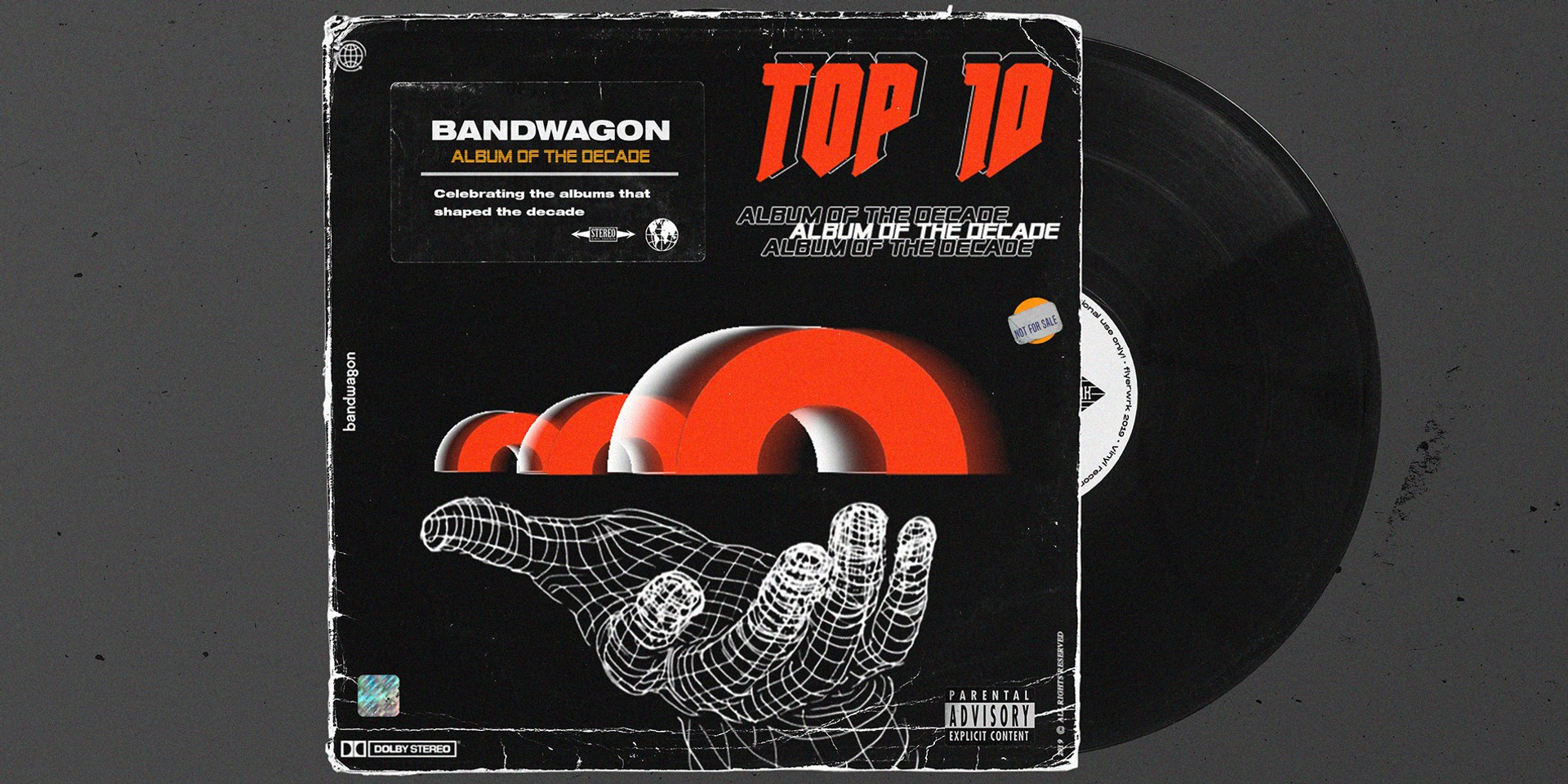 Before the sky is ablaze with fireworks turning a page on not just a new year but a new decade, before you open up your feeds to the incoming deluge of new music, we thought it best to toast to the 10 albums that shaped the decade.

From 2010 to 2019, genre-defining records spanning alternative R&B, danceable pop and baroque hip-hop have carved new contours in the vernacular of Music.

Below, we celebrate the 10 best records of the decade. 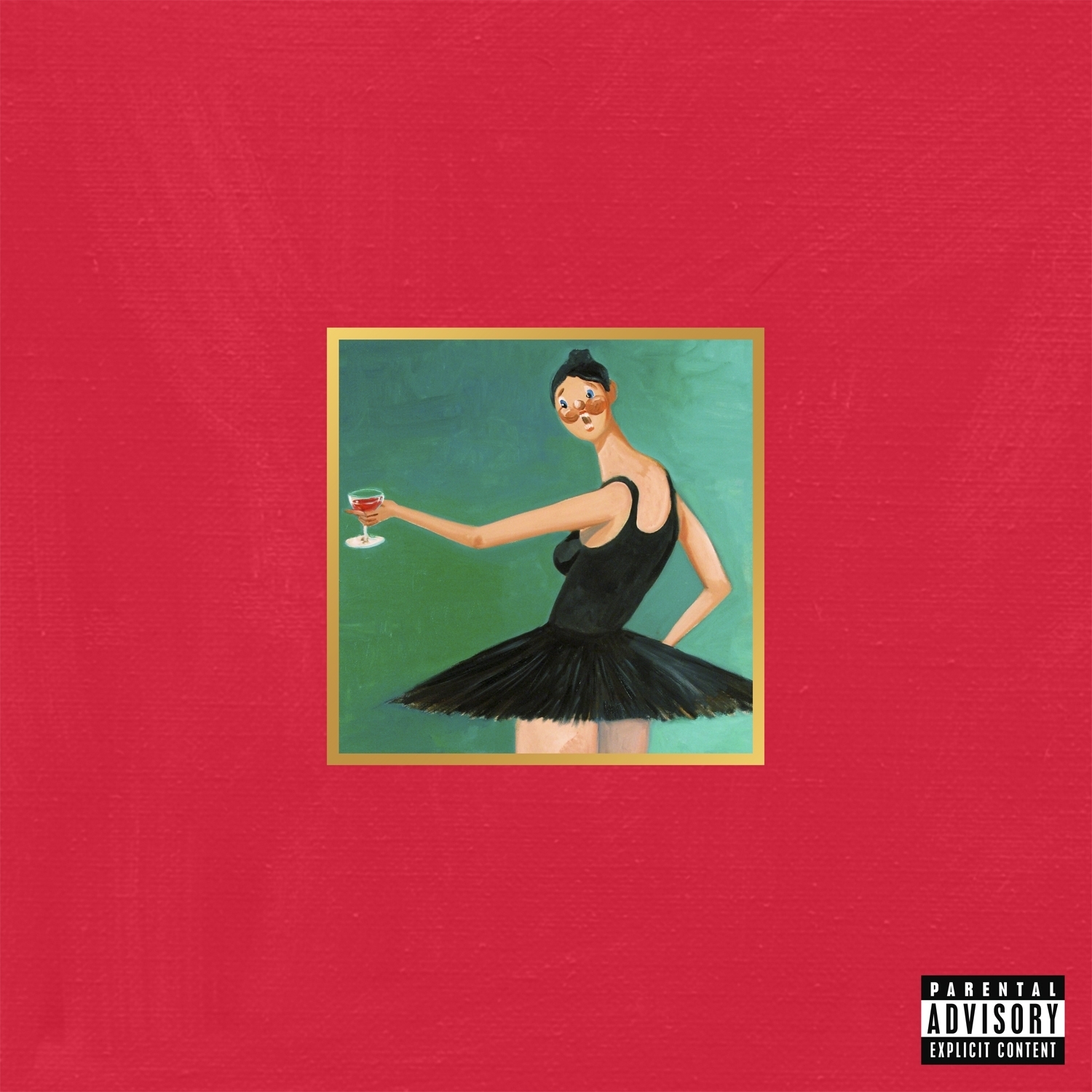 No one has mastered the art of hanging on a precipice like Kanye West. No one can always almost-throw themselves off a cliff and surface floating on a cloud, more  safe and sound than before.

At the end of every Kanye trainwreck, there is music. The impact from the collision between his embattled self and the public arena he exists within is a big factor in deciding how that particular musical offering is received. In 2019, that crash was mitigated by Jesus. But in 2010, after that drunken Taylor Swift stage-bomb, that led to Barack Obama calling him a jackass, sentencing him to the guillotine of pop cultural shame, the only higher power that cushioned the fall and erased away the bad taste he left was his astounding fifth album.

Ten years on, My Beautiful Dark Twisted Fantasy is regarded as his best album, a hip-hop milestone whose place in the rarefied domain of the classics is beyond assured. How can it not be? Its scale and sweep make it a too-easy-to-like proposition. It’s meant to be marvelled at and celebrated. It was precision-engineered to shock and awe. It’s an instant greatest hits set that collapsed the canons into one blockbuster vision, panoramic in its range but remarkable in its aesthetic consistency such that, “rap”, “rock” and “pop” are just empty signifiers when compared with the totality that each and every song is composed of. But at its core, beneath all the harrowingly gorgeous window dressing, is the same Kanye he’s now trying to make us forget used to exist: Screaming at himself and the world. 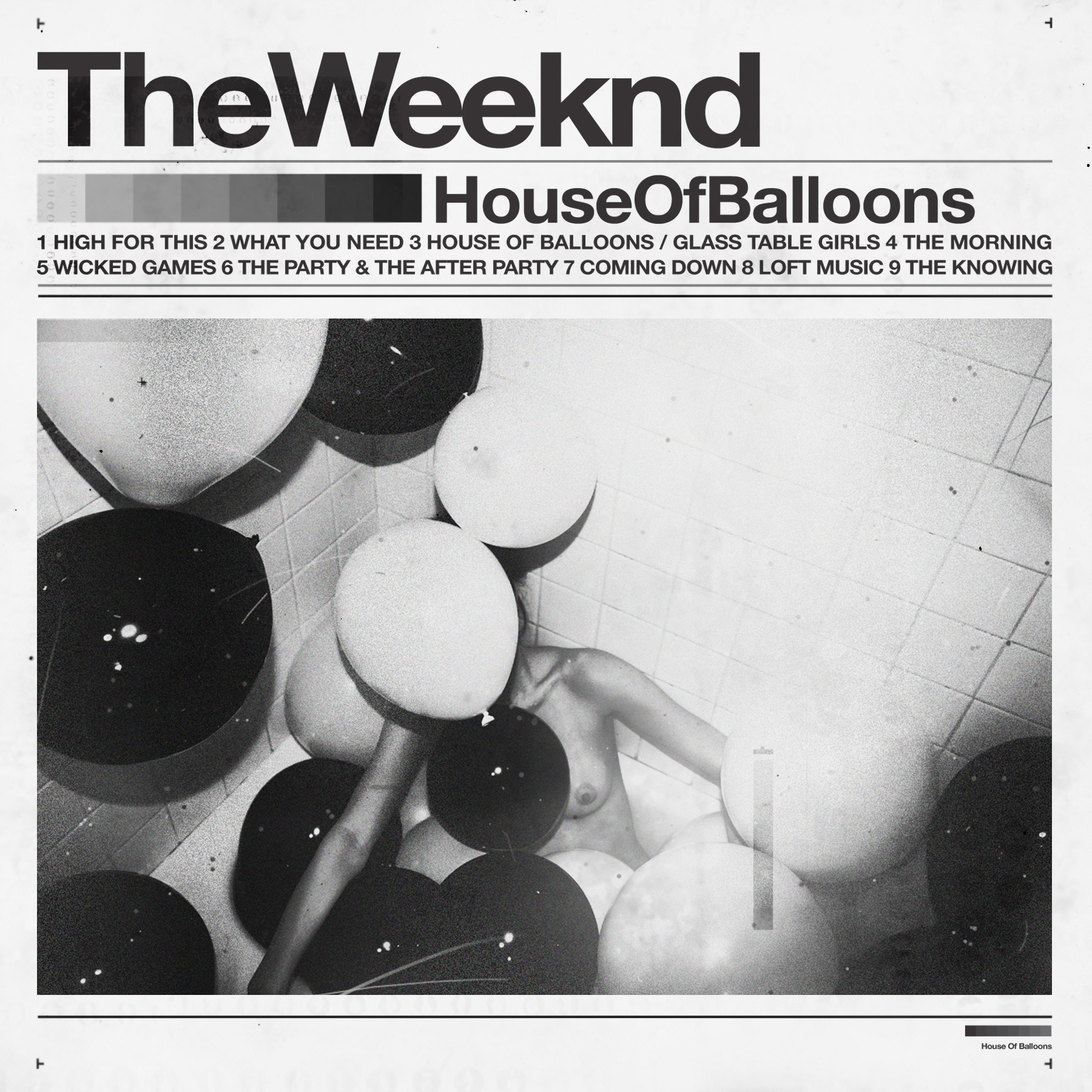 When anonymity relishes in itself, the cultural and sonic blasts of the product reverberate with sheer purity and any association with authorship culminates solely in that resplendence. Doused in this very atmosphere and swathed in a murky, enigmatic gloom, House of Balloons surged to the forefront of gritty, vice-driven R&B when its creator had barely emerged from the shadows. The power of a cultural product can be determined when its integrity remains whole, even as an image and a brand has long since been attached to its maker. Now, even with Bella Hadid and all that Starboy hype, House of Balloons sits on its own throne, a canon unto itself – and a reminder of what once was that will never again be.

Characterised by an unapologetic sinfulness, House of Balloons brings forth a truth: Debauchery, taken to the nth degree, straddles the line between extreme self-indulgence and decadence, and yet when it is this utterly and deeply celebrated, it ascends to share the same stratosphere as romance and religion. Carefully opening a portal into the lucid darkness of the record, ‘High For This’ traces the pathway of desire, building from muffled beats into distorted slabs of synths, mesmerising with their atmospheric seduction. Interwoven with a warped, apt sample from ‘Happy House’ by Siouxsie and the Banshees, the title track brims with an exuberance cushioned by squiggling, electronic lines and amplified by its heady subject matter. ‘The Morning’ bleeds with sultriness and explicitly nods towards sex and its capitalistic undertones, as it unfurls from haunting, spacey synths into layered choruses that crescendo and fade, an innuendo made even more striking in its sonic expression.

This blasphemy of R&B's hackneyed, doe-eyed tenets has since spawned a new religion, whose followers are legion. 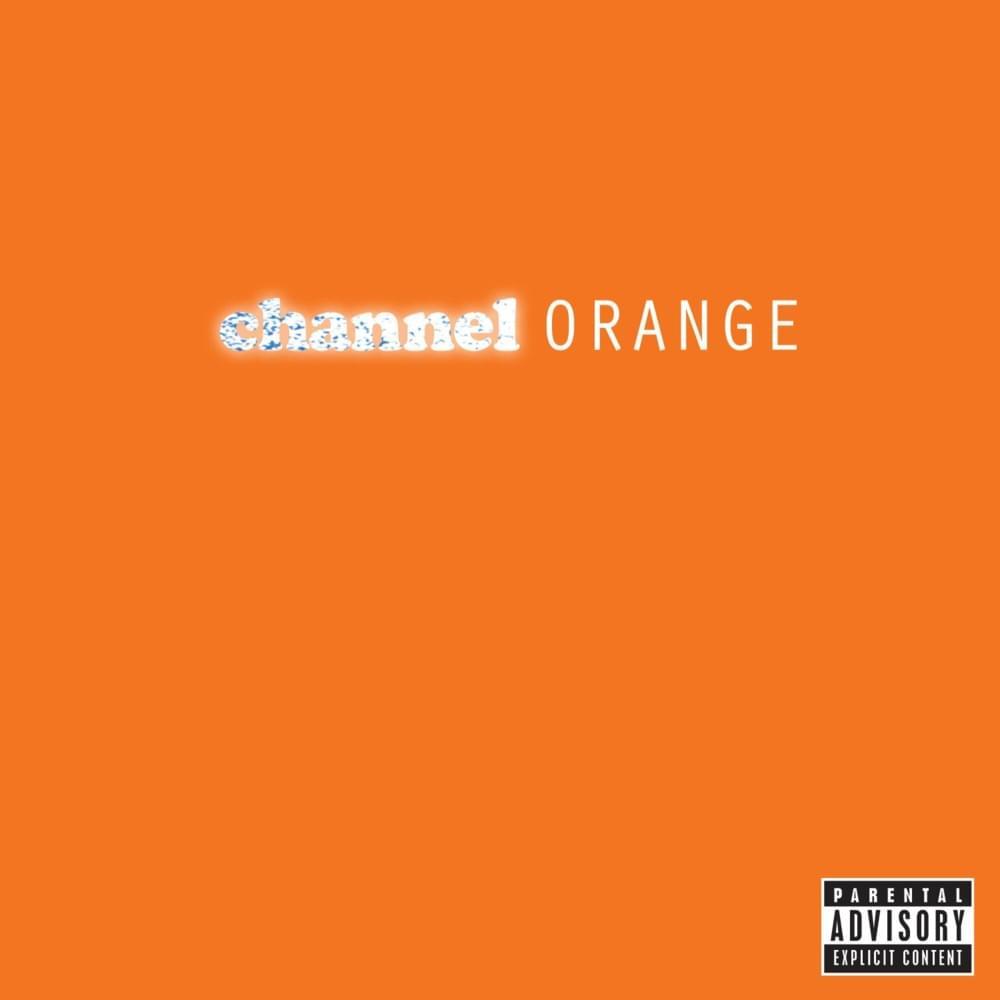 Frank Ocean, is arguably one of the most influential artists of this decade. Since its release in 2012, channel ORANGE has consistently ranked among the decade’s greatest records. Ocean has not released a vast amount of music, but his impact on the music industry is undeniable.

Channel ORANGE has defined a generation. Ocean has seamlessly created his own R&B-alternative sub-genre, inspiring many big-name artists of today like Daniel Caesar, BROCKHAMPTON, and Khalid.

Tracks like ‘Thinkin Bout You’, ‘Super Rich Kids’, and ‘Bad Religion’ are as straightforward as Ocean’s tracks get, but they also showcase the best that he has to offer, while ‘Pyramids’ takes listeners on a 10-minute journey through shifting sonic textures, giving Ocean the chance to fully flesh out his creative vision.

Solitude is something Ocean is notorious for. After he drops an album, he disappears, leaving fans frustrated. He has a minimal social media presence. He rarely goes on tour, and seldom promotes when he is going to drop a song or album. Few artists can pull this off without losing a vast amount of their fanbase.

But as Ocean has proved with his sophomore studio album, Blonde, great things come to those who wait. His random singles and innovative artistry will have to satisfy fans craving for new music as they await for his next masterpiece. 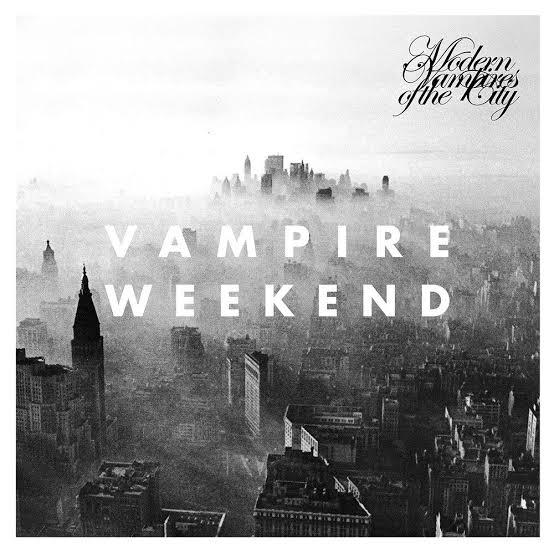 If towers already loomed high over the soundscapes of Vampire Weekend, Modern Vampires of the City turns these towers into skyscrapers.

Vampire Weekend closed their "trilogy" on a matured and highly sophisticated note with their Grammy Award-winning album Modern Vampires of the City. On this 12-track masterpiece, they overlook their 2008 self-titled debut and their sophomore offering Contra from above the clouds as they accept the responsibilities of adulthood and the boons of faith.

But this wasn't just the end of a trilogy in terms of their music releases; it was on this record that founding member Rostam Batmanglij struck his final chord with Vampire Weekend. While it may have been a huge letdown to their listeners, Batmanglij’s exit too was simply another fitting nod to growing up. 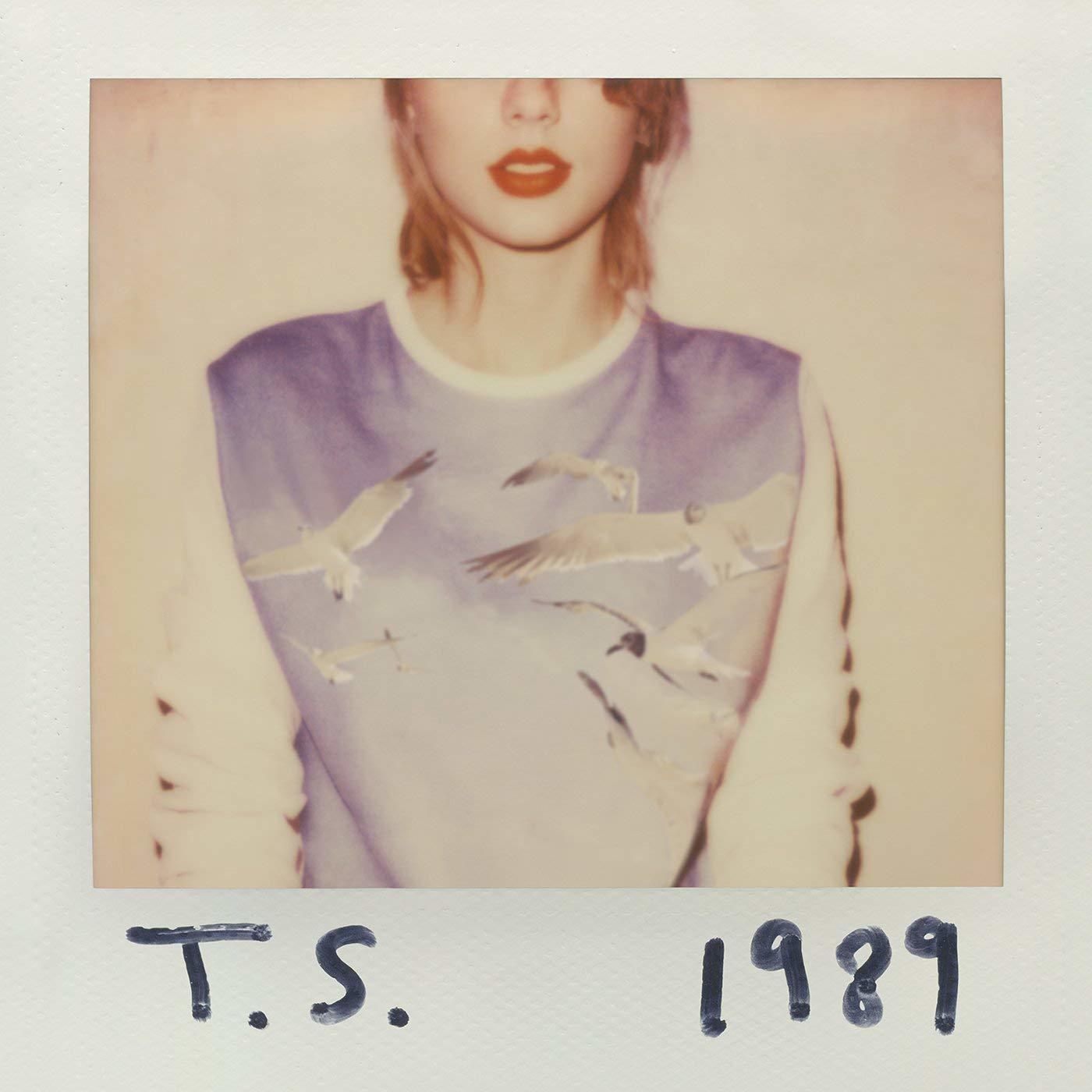 Way past her years as the lead of any good YA novel, our protagonist Taylor Swift has broken away and grown up with her fifth studio record 1989.

1989 sees a young woman in her mid-20's as she takes on the trickier and more chaotic side of life. It isn't about that starry-eyed, butterflies-in-your-stomach feeling anymore. Instead Swift takes on a whole new light of confidence as she "shakes it off" and keeps the drama hidden away like an old scarf in a drawer at an ex's sister's house.

With tracks like 'Blank Space,' 'Bad Blood,' and 'Style,' Swift embraces her fears and imperfections and uses them as inspiration. They turned into chart-toppers and massive earworms that continue to crawl through our minds up to this day.

Swift’s progression from country starlet to pop icon has been monumental, and 1989 was the turning point that brought her to the stage she's on today.

EMOTION is packed with everything you could ever ask for in a pop record: stuck-in-your-head worthy melodies that praise the likes of Cyndi Lauper, Prince, and Robyn, dazzling collaborations, and even a pinch of magic.

While it might be impossible to look past the success of 'Call Me Maybe,' Jepsen offers tracks on EMOTION that would be difficult to skip. Everything from the demanding ‘Run Away with Me’ to the endearing closing track ‘Favourite Colour’ digs deep down with the purest form of vulnerability to what being human is all about. 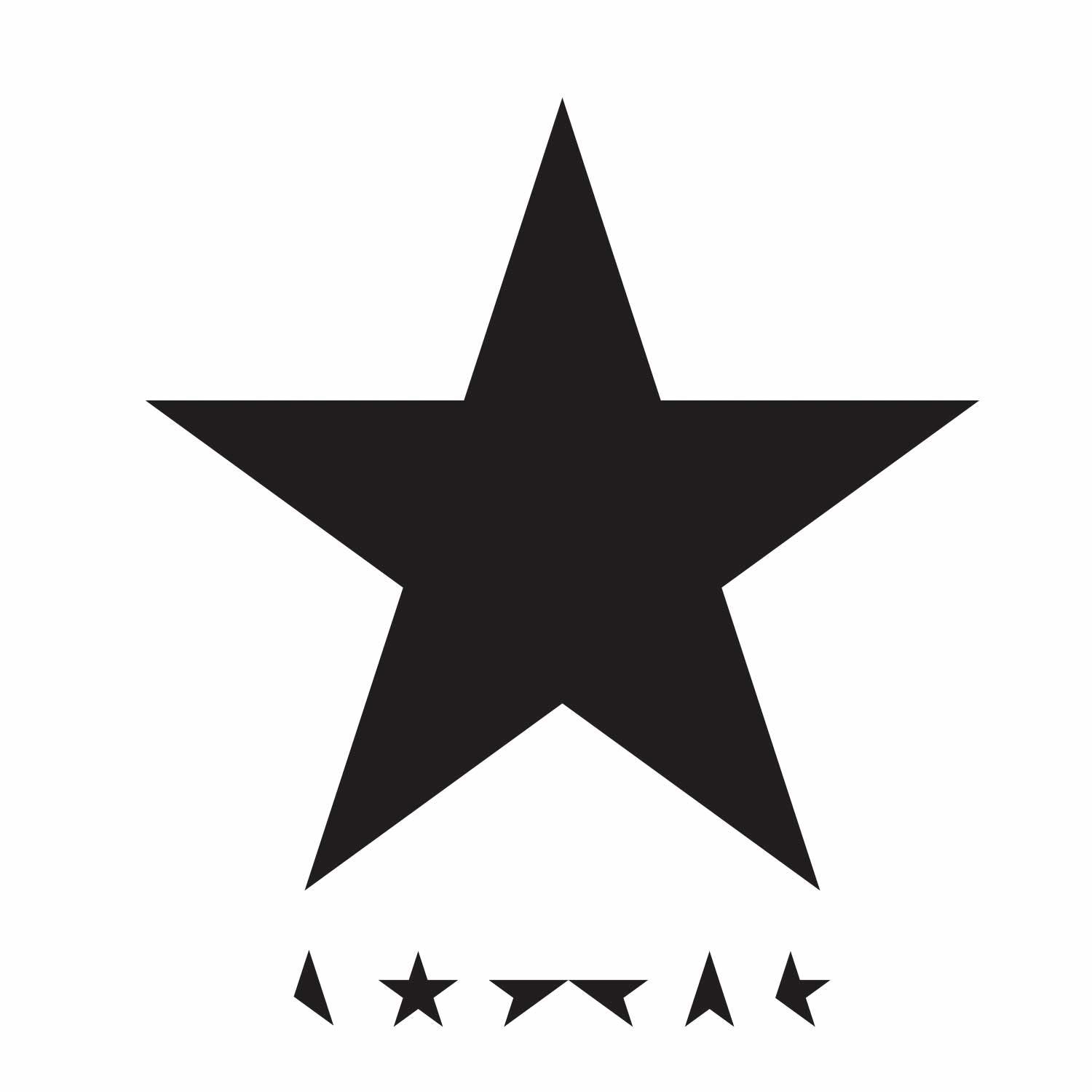 David Bowie may be gone, but his star still shines bright all around us.

With his 25th and final studio record Blackstar, Bowie makes his curtain call on the 7-track concept album, replete with mysterious jazz tones worthy of playing at the forefront of film noir.

Blackstar carries this feeling of unease through the morbid and eerie stories Bowie’s songs tell, yet at the same time, manages to whisk listeners away with catchy hooks put to bed next to sax solos and synth strings. 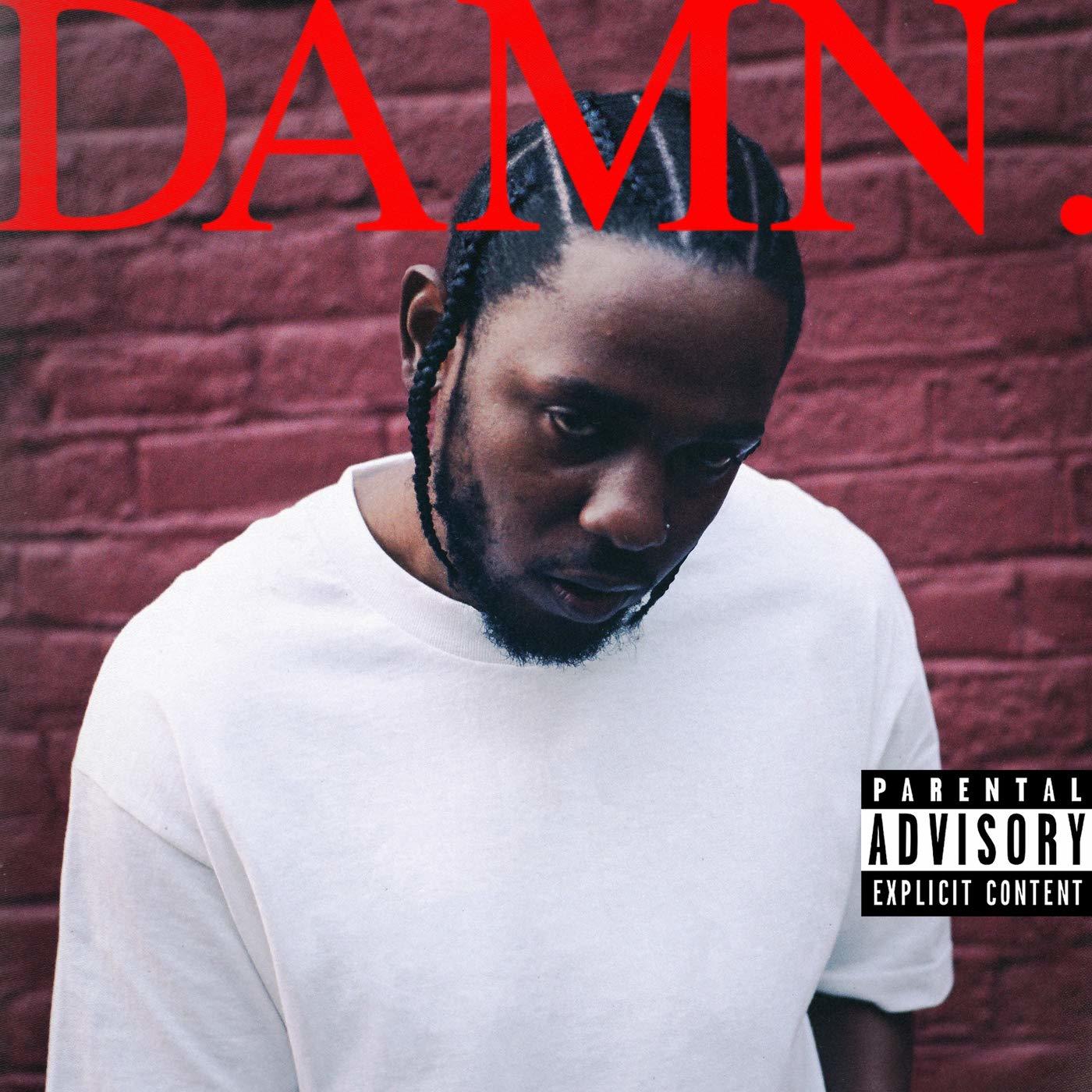 Kendrick Lamar's fourth studio album, DAMN. did not only mark a pivotal point in the rapper’s career — it was a huge goalpost for the critically-acclaimed artist and visionary, whose 2017 record dominated the hip-hop landscape for the entirety of the year and turned the burgeoning storyteller into a global music icon.

Kendrick is a man with proud Compton, California heritage, and record was a true indication of his international dominance. It didn't hurt that the record was followed by the groundbreaking arrival of superhero film Black Panther, whose soundtrack Kendrick carefully curated and produced.

Unlike the cinematic grittiness of Good Kid, M.A.A.D. City or the opulent jazz flourishes of To Pimp A Butterfly, DAMN. is Kendrick's loosest effort yet, both conceptually and thematically. But that gamble paid off.

A year after DAMN.'s release, Kendrick was awarded a Pulitzer Prize. The Pulitzer Prizes award excellence in journalism, primarily, but also in musical composition, and Lamar is now the first non-classical, non-jazz musician to win the award for music. The album was awarded for its merits as a "virtuosic song collection unified by its vernacular authenticity and rhythmic dynamism that offers affecting vignettes capturing the complexity of modern African-American life".

At the 2018 Grammy Awards, DAMN. picked up an award for Best Rap Album, while his track 'HUMBLE.' won the awards for Best Rap Song, Best Rap Performance and Best Music Video. The album was certified Double-Platinum just three months after its release. 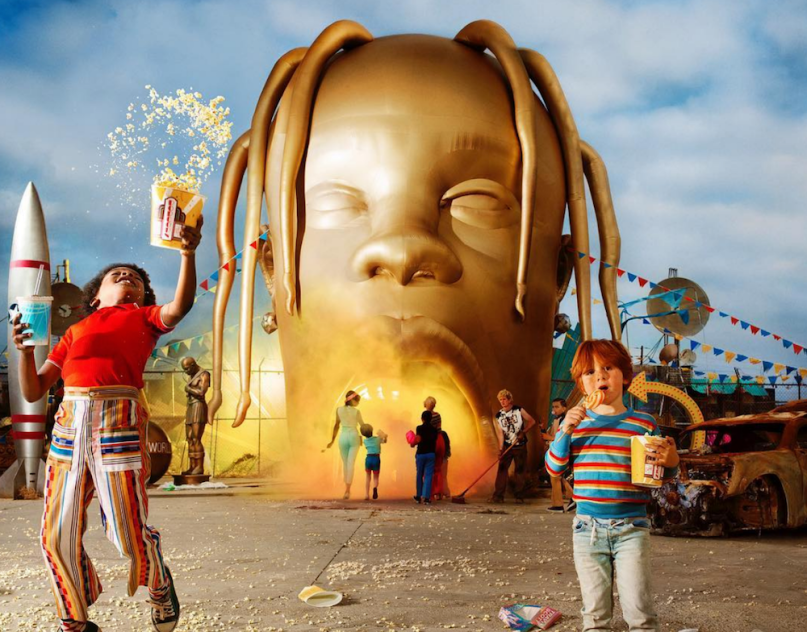 “Controlling how you moving, lucid dreaming” is the best brag on ASTROWORLD – it’s the most accurate.

As one of the most faithful Kanye disciples – second to Kid Cudi – Travis Scott was destined to make something like ASTROWORLD, a grandiloquent, knowingly florid statement of purpose from an auteur with a distinct world-building palette. It’s a direct stylistic descendent of My Beautiful Dark Twisted Fantasy and very ably and studiously lives up to the demands of that bloodline.

Reverent to its christening, which is inspired by the now-defunct theme park Six Flags AstroWorld, Travis flexes his contact list – Stevie Wonder shows up to play the harmonica; John Mayer and his guitar grace three tracks, to say nothing of rap’s established and rising A-list corps that feature here – to open the gates to a carnival of sound, forged in the crucible of a narcotic fever dream. The level of detail that bedecks every inch of sonic space is so deluxe and considered, one can’t discount that Travis knew how far ashore from trap boilerplate he was pushing. On first listen, I was floored by his ambition. Now, I’m convinced that this will be the gospel music of the future, music to testify to when you’re extolling the raising of the bar in all and every sense.

It’s an ascension – it’s how he became the highest in the room. 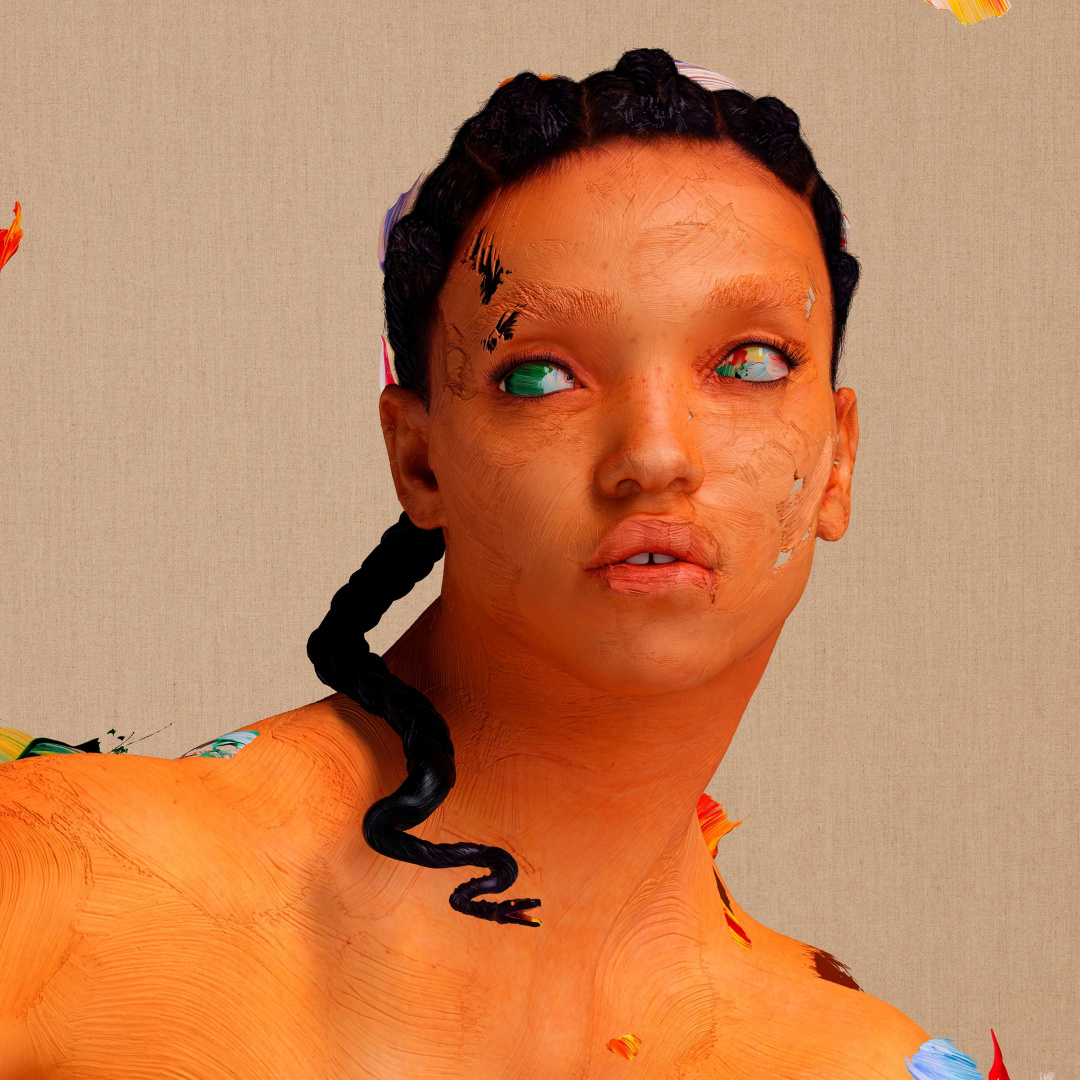 On the central mantelpiece of the FKA twigs’ sophomore album lies an eye, limpid and solemn, piercing knowingly into itself and the universe. Tracing hushed, universal secrets that span the spectrum of love and the baffling multiplicities of womanhood across time, balanced gingerly on the shoulders of the protagonist(s) themselves, the record embodies an intimate process of repair and finally, self-exaltation. At its core, MAGDALENE is an evocative plea for salvation that achieves its goal with its sonic manifestation, in which its poetry of brokenness unfurls into a scintillating pillar of strength.

From whispery, distorted vocals dancing over hollow, electronic beats to desperate trills that fade into wisps and jarring static, the fervent rawness in sound never once dulls in intensity or magnitude. Embodying chaos and enlightenment, ‘home with you’ sees twigs howling and whimpering amidst heartache, swimming through static and losing her beloved despite that. The vulnerability of the record stretches to maximal tautness as it closes with its indisputable, emotional core, ‘cellophane’, and we tremble at the other side of the sheer membrane, facing her and facing ourselves all at once.