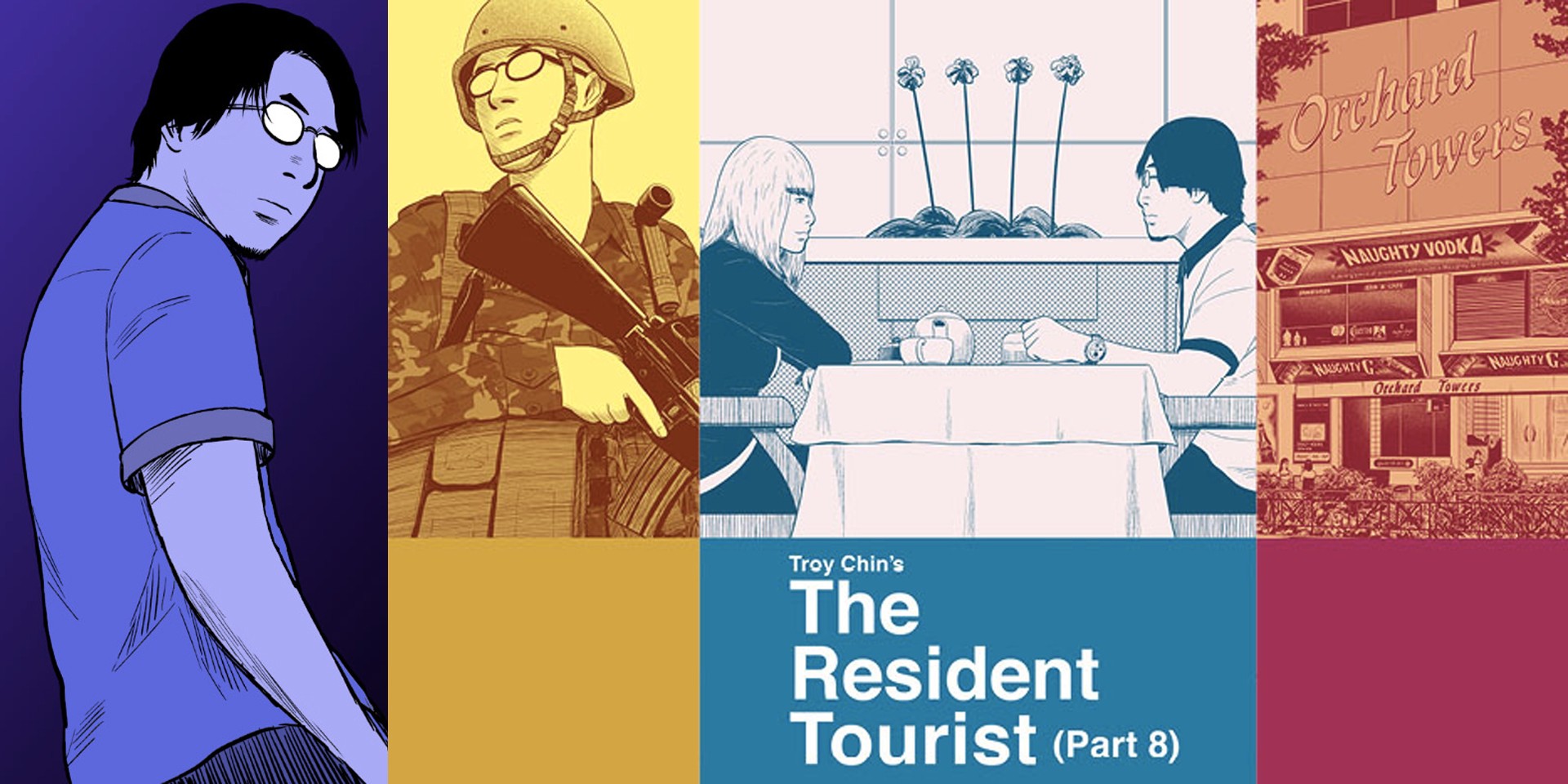 As one of the few full-time comic artists and writers in Singapore, Troy Chin knows a thing or two about striking it out alone during the harshest periods of his career. And this is a guy who, at the start of his new adventure, realised that he "couldn’t draw, had no idea how to make comics, wasn’t even a comics fan, and didn’t even like art".

Chin recently marked 10 years of making comics with a lengthy letter addressed to his fanbase on his official website Dreary Weary, which was reposted as a note on his Facebook page. Even if you're not a fan of Chin's work, which includes his critically-acclaimed autobiographical series The Resident Tourist, his observations will resonate with any individual in a creative field.

On the current state of his career,

Over the years, I’ve been called a hack, the guy who can’t draw, the crony who sleeps with the government etc. And when all else fails, the best explanation my haters use for any of my so-called achievements comes down to sheer luck. There is definitely some truth to all of the above, so I won’t argue against those points.

Since I rarely get any praise or accolades, the only conclusion is that I am still not good enough or worse, irrelevant. 10 years is more than enough time for anybody to take a hint. The general lack of interest in my latest release doesn’t help either. What would you do in this situation? Stay the course and continue to work hard?

Well, hard work without direction is worse than just doing nothing, because you are wasting precious energy. This energy is something that is finite and cannot be replenished. I can definitely attest to that."

On the realities of being a comic writer in Singapore,

If you want to do this full-time, you have to treat this comics thing as a business. And businesses thrive when there is an industry. Now this is the point where some people will get butt-hurt by the things I’m about to say (if they aren’t bleeding profusely already). There is no comics industry in Singapore (even after 10 years). If I can say that about local music, I most certainly can say that about comics."

On his social media marketing ethos,

Let me just say this, if you look at the social media kings and queens out there who are posting on Twitter every 10 minutes and Instagram-ing every posed photo of themselves (probably at least 10 takes to get the right shot that oozes “ooh, this is me in reality”), take a look at the number of actual pieces of work they’ve made (not counting themselves).

If they actually have a ton of work and can still maintain their social media pages all day, well, they obviously have the money to hire a marketing team. Don’t be so naive! Also, stop believing in this mythical thing called a network and putting all your efforts into building it. You’re better off spending that energy making new work. I have pretty much zero networks, so I’m living proof that you don’t need it.

Troy Chin was previously a record label executive in the US before moving back to Singapore in 2007, where the story of The Resident Tourist began. One of his titles, Bricks In The Wall, explores a music industry through a series of over-the-top, satirical vignettes. He uncovers more in our interview with him here.

For now, read his entire letter here. It's a sobering and insightful read.