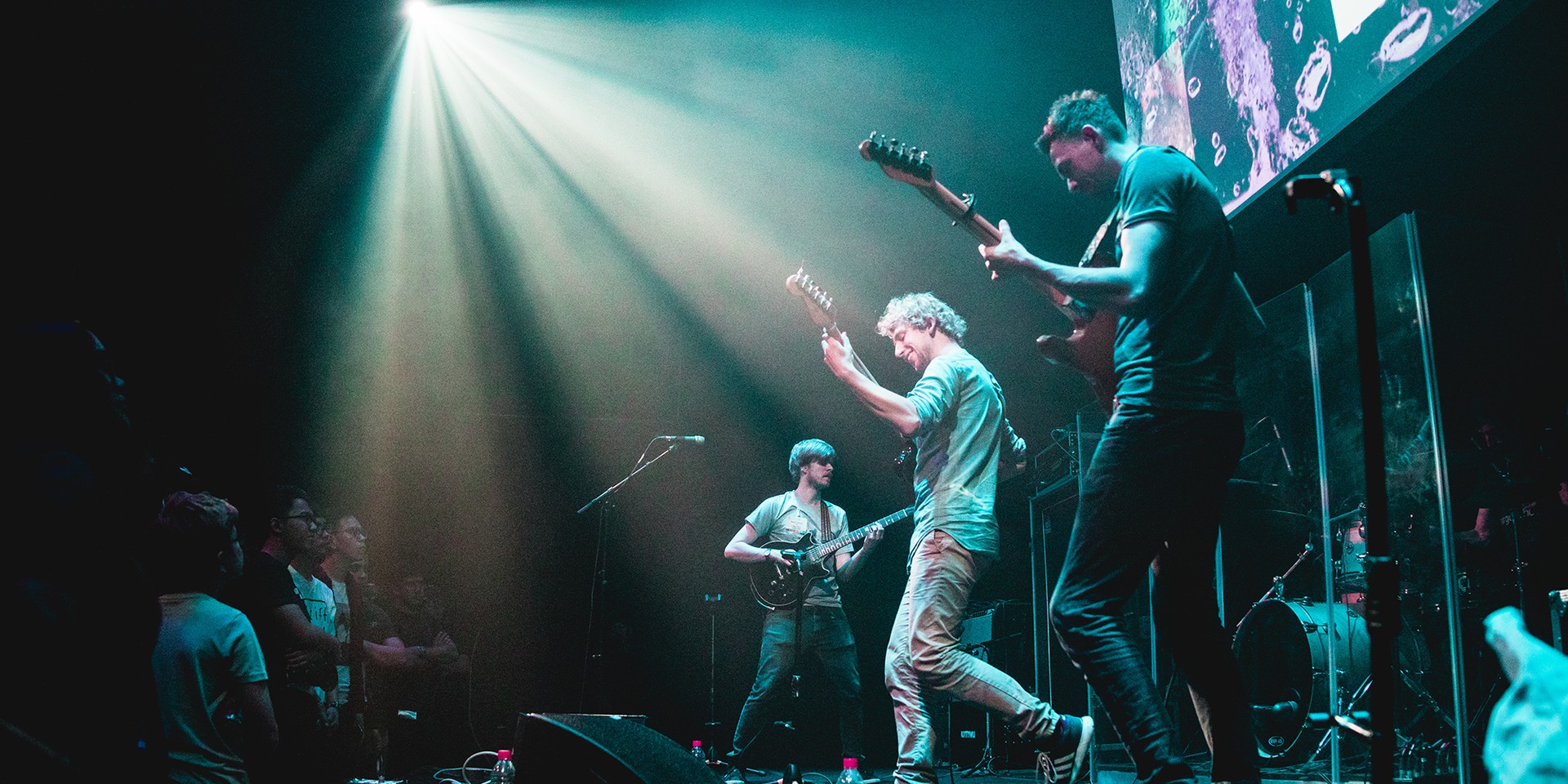 UK rock band TTNG (formerly known as This Town Needs Guns) performed alongside Mylets and Hong Kong rockers Emptybottles last night (7/5) after their hugely successful show in Singapore  – but the night took an unexpected turn as it drew to a close.

Apparently in the audience as paying gig-goers were two immigration officials, who were present on the suspicion that the foreign bands did not have the appropriate work permits to perform in the country. Upon demanding to investigate the situation post-concert, resistance from the concert organizers led to quite the altercation.

HK01 reported that, upon this, the concert venue was subsequently raided by backup police, who arrived in multiple police cars, backed up by riot gear, as well as police dogs.

The scuffle that ensued can be watched here:

During the altercation, the bands were holed up backstage, unsure of the situation. Eventually, the concert organizers and the bands were detained at about 1am on Monday, Singapore time.

Rocky, member of opening band Emptybottles,  released his own account of the incident:

After the show had ended, a few immigration officers in plainclothes started checking people's ID. But it became very clear that they were here for TTNG members and Henry in Mylets. Members of the audience and venue staff had tried to expel the immigration officers, while the band members were tucked away.

The police were called into the venue to investigate 'a fight' - which I firmly believe did not happen. The police later took venue staff outside and was able to send in the immigration officers. A lawmaker in Hong Kong came to mediate the incident, while the officers took band member's [sic] names. After an hour or so, TTNG and Mylets were escorted to a van and was driven to an office near by [sic]."

Hidden Agenda has had a long-standing contentious relationship with the police, with another gig earlier this year investigated by undercover officers, a show headlined by Canadian indie band Braids. Here's a detailed post by Hidden Agenda addressing the venue's problems.

Hong Kong Free Press reports that seven people had been arrested: founder Hui Chung-wo, a venue staffer, a member of the audience, all members of TTNG, and the sole member of Mylets. Hui and two other staffers were arrested on the account of obstructing officials on duty and common assault.

However, Fecking Bahamas reports that the band members were only detained and released a few hours later, not arrested as reported. This was later confirmed by Mylets.

detained, not arrested (as of now)
we r not in breach of any law
will update as i can,
please keep visible in case pic.twitter.com/bWwTX4vbzb

As of press time, it is known that TTNG and Mylets have been released. They are due to release a statement on what happened as well as their plans for their current tour this afternoon, Singapore time.

[UPDATE 8 MAY 2017]: The band has released a full statement on the matter, clarifying that they will be back in Hong Kong on June 5th to report to the Immigration Department, after being released on bail.

[UPDATE 12 MAY 2017]: TTNG and Mylets have started a gofundme campaign for their upcoming trip back to Hong Kong. According to the bands' official statement from May 8, both artists are scheduled to return to Hong Kong by June 5. Click here to donate.

[UPDATE 5 JUNE 2017]: In a Facebook post on Monday, June 5, TTNG shared that their bail has been extended up to July 17th and will be returning to Hong Kong on the said date instead. The band also thanks fans for supporting their gofundme campaign. Click here to donate.

[UPDATE 14 JULY 2017] The band shared with their fans on Facebook that bail has been extended yet again. This time, the lads are scheduled to return by 28th of August. TTNG and Mylets have an ongoing gofundme campaign for their travel expenses. Click here to donate.

Get Mylets' 2015 release, 'Arizona', from his official bandcamp page.