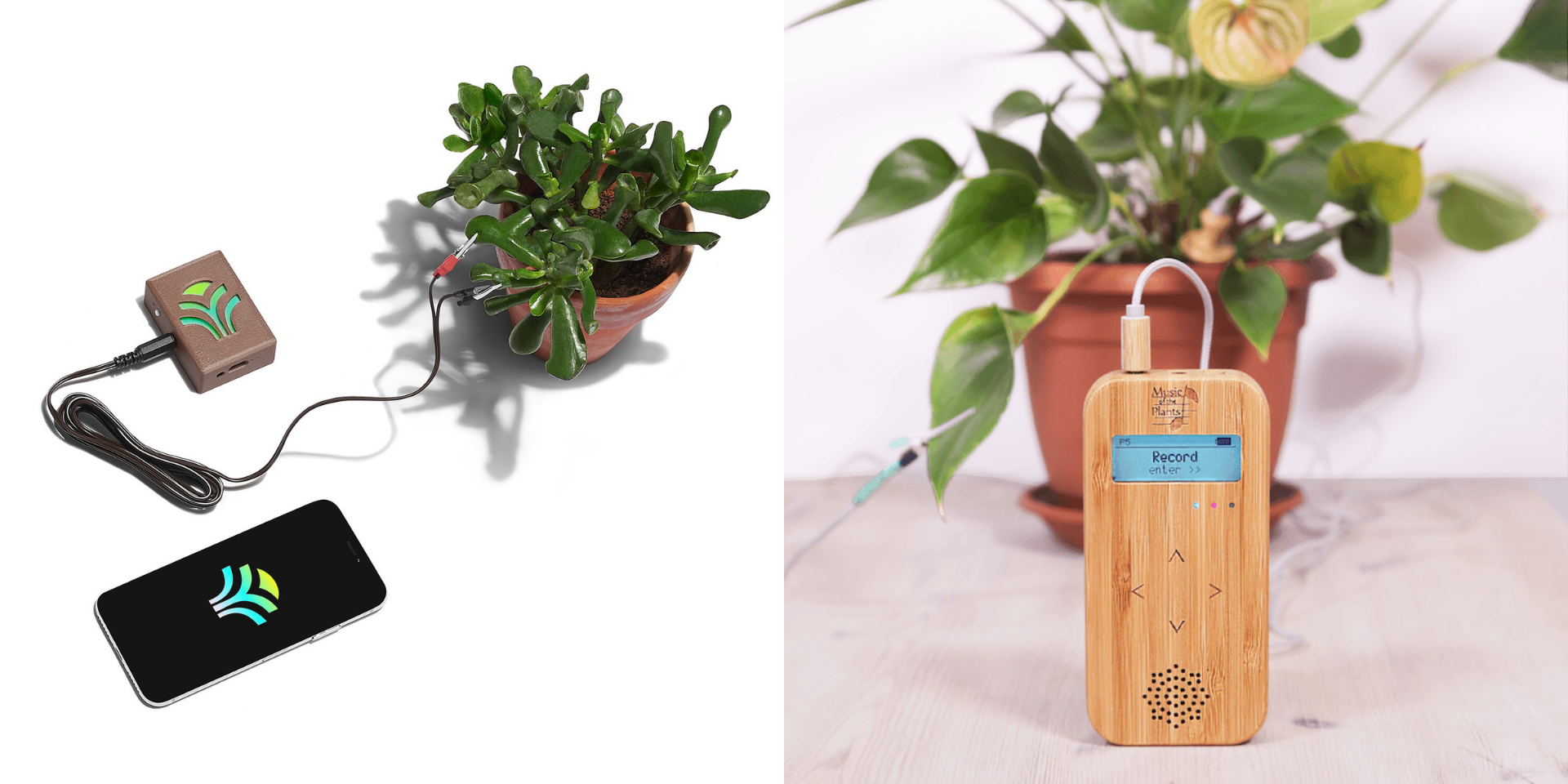 We’ve all heard that playing music around your plants will help them sprout and blossom, but who knew they made their own music? Though not exactly, all plants have electromagnetic variations which can be converted to music with the right tools.

A Twitter thread of plant music TikToks recently went viral, which showed how a dead plant, grass, and other plants would sound like if converted to music. Naturally, intrigue and curiosity peaked amongst the Twitter audience who were hearing of this for the first time.

Plantwave and Music of the Plants are two special devices that can detect the electromagnetic variations of the plant and translate that into pitch messages that play music – plant music.

According to Plantwave’s website, “PlantWave measures microfluctuations in conductivity between two points on a plant. The amount of conductivity between these two points is largely related to how much water there is between those points. That changes as plants photosynthesize and move chloroplasts around. The variation is graphed over time, which produces a wave. We take that wave and translate it into pitch.” By attaching electrodes to a plant’s leaves, Plantwave’s sensors are able to turn the biorhythms of the plant to music.

As Plantwave has Bluetooth, WiFi connectivity, and a USB-C port, users will even be able to connect the device to their phones to listen. For professional users that wish to sample some plant music, they can also connect it to a MIDI Synthesiser or connect it via Bluetooth to their computer with Digital Audio Workstations. Available for preorder at US$249, people can get Plantwave to listen to nature’s truest form of music.

One of the many innovative ways we humans can connect to Earth is by listening to plant music with PlantWave. . PlantWave users will also be able to share the music of their plants with others by broadcasting their plants through our app, live! That’s right! With PlantWave, you can listen to your plants AND listen to other plants from thousands of other plants around the world. . Music is alive with PlantWave! . #plantwave #plantmusic #plantbased #datagarden #diffenbachia

Music of the Plants is an instrument that is able to perceive the electromagnetic variations from the surface of plant leaves to the root system and translate them into sound. Plus, this device boasts its natural bamboo material and has a choice of 128 musical instruments. This also has a built-in speaker so you can listen to music as you are attaching it to your plant. Retailing at about US$512, this device is a little pricier as it contains more advanced technical features.