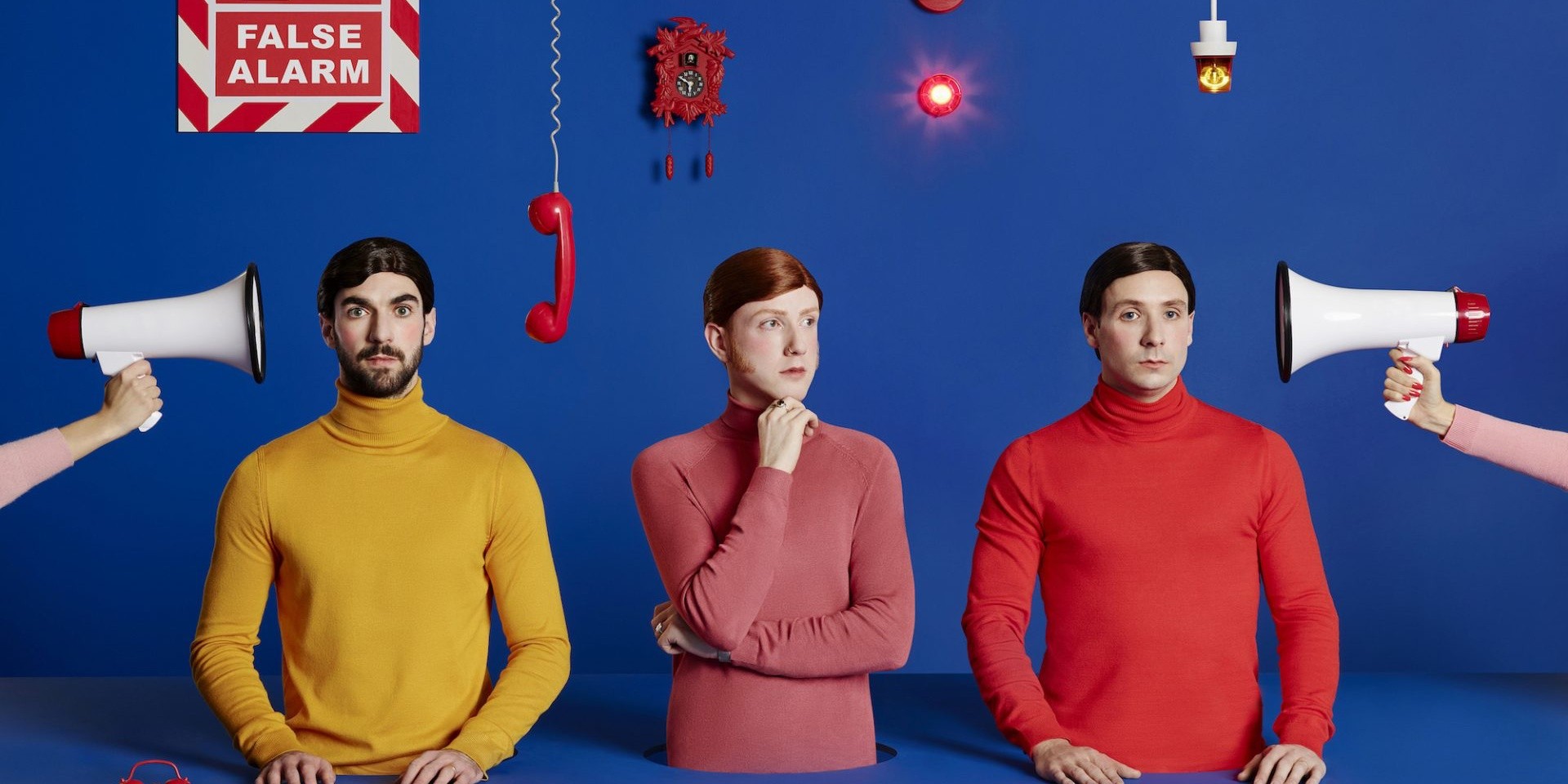 The quirky new single and the previously released 'Talk' will appear on the trio's fourth studio album, which follows 2016's Gameshow.

According to DIY Magazine, frontman Alex Trimble explains the eccentric direction the band decided to go with the upcoming project:

I love the pop thing. I love experimenting and going to different places, I love doing things that are a little bit wonky and I love the idea of doing something we haven’t done before, why can’t we do all of those things at once? That’s what it was, doing whatever felt right… It sounds like Two Door Cinema Club – not a Two Door Cinema Club there’d ever been before but that’s what I love. We can always do something new but it always feels like something we’ve done.

The album is set to be released on June 14. Check out the tracklist for False Alarm below.

Listen to 'Satellite' below.