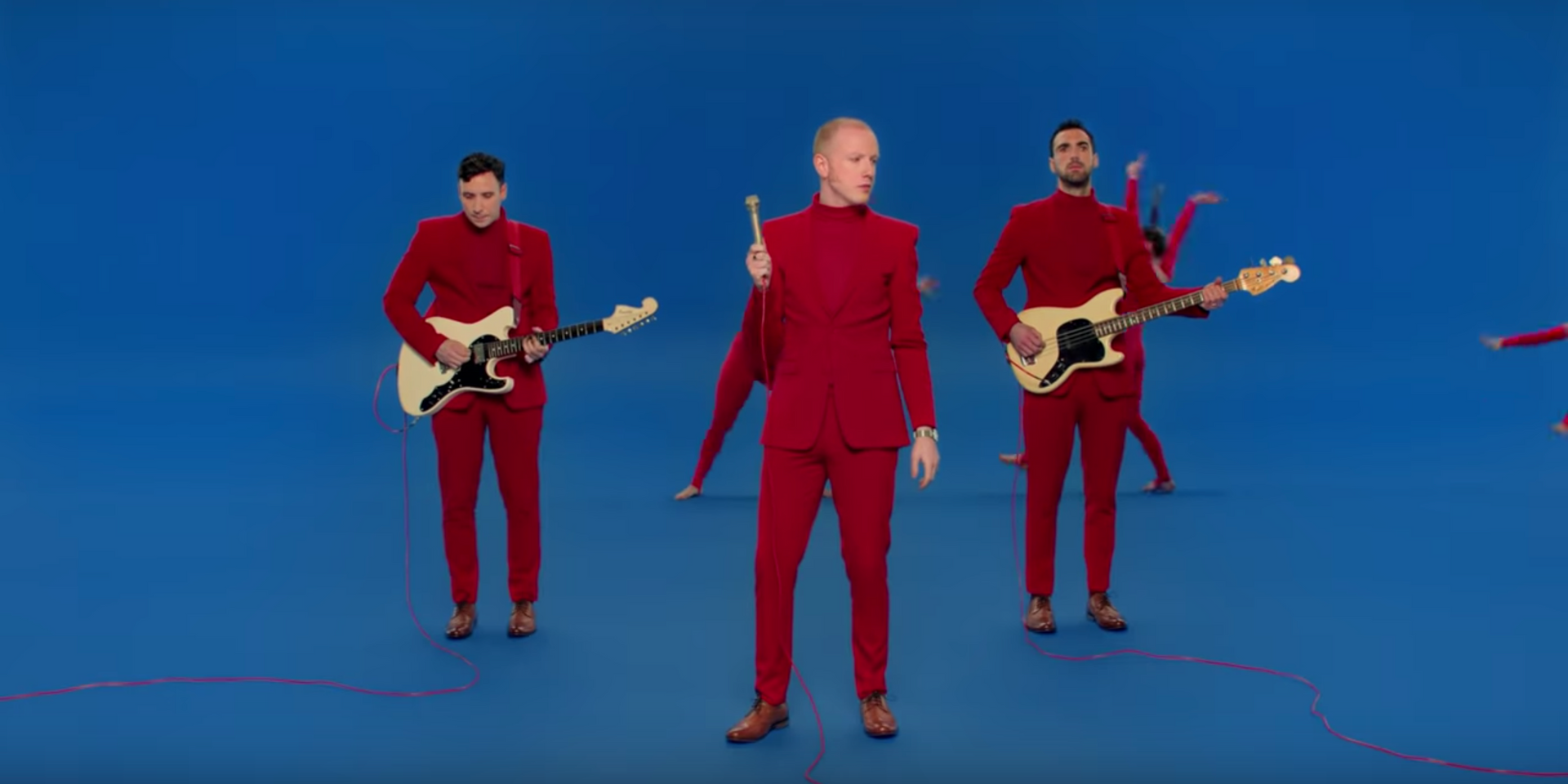 Two Door Cinema Club pretty much have the most literal video there is.

Fresh off their spectacular performance on the Wanderland: Magic stage earlier this month, the Irish indie-rock act unveiled the Max Siedentopf-directed video for 'Talk' on Tuesday (03/19). The single is their first release since their 2016 full-length offering Gameshow.

The hilarious visual features clips of a "dog in a party hat, acrobatic formations, and champagne footbaths" (among many other ridiculous scenes) with lyrics of the track streaming at the base of the video.

Two Door Cinema Club are slated to appear at Summer Sonic in Tokyo and Osaka this August.