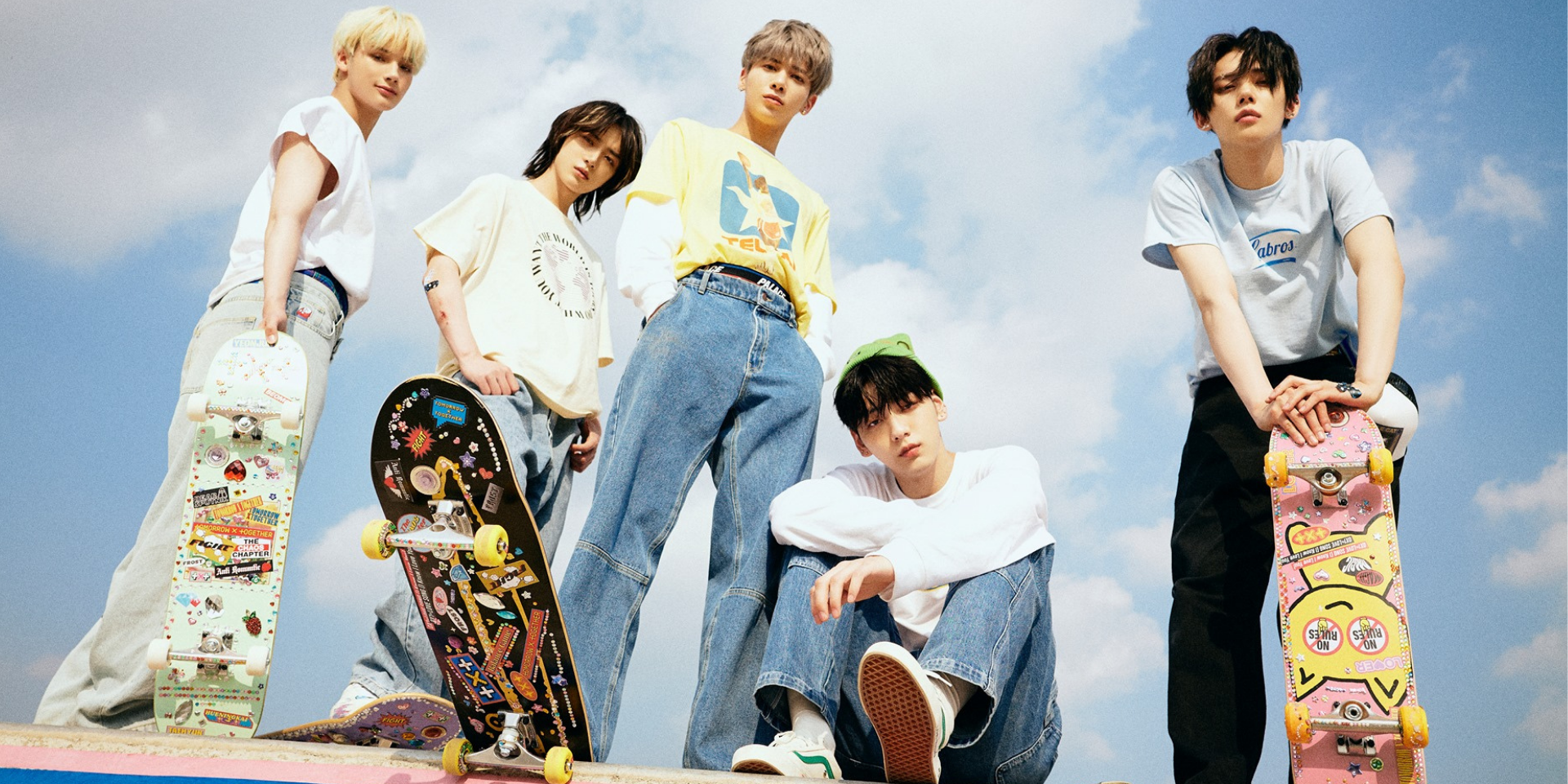 TXT (Tomorrow x Together) are back with their latest album, The Chaos Chapter: FIGHT OR ESCAPE!

The 11-track album is ther repackaged version of the group's previous release, The Chaos Chapter: FREEZE and features the title track, 'LO$ER=LO♡ER'.

Accompanying the release of their latest album was also the music video for 'LO$ER=LO♡ER'.

Speaking at their global media showcase earlier today (17/8), member Taehyun described the track as an "emo-punk song with an explosive hook". The song was also written by member Yeonjun, who "was very excited because it was his first time participating in a title track". The singer shared that he was inspired by the Netflix series The End of the F*****g World.

On the album are tracks produced by names such as Daniel Caesar, Olly Murs, and Slow Rabbit.

The album also features the first song dedicated to their fans titled 'MOA Diary (Dubaddu Wari Wari)' which was written by all the members of TXT. Talking about the special track, member Soobin shared that while some people may find it cheesy, he figures that’s why MOA (fans of TXT) love them.

Hueningkai also said that he hopes MOA can feel their love when listening to 'MOA Diary' and watching TXT's performance of the song.

The album is available for purchase on Weverse Shop and YES24, priced individually at KRW 17,900 and KRW 35,800 for the set.

TXT's last studio album, The Chaos Chapter: FREEZE, debuted at number 5 on the Billboard 200 Chart and was the first K-pop album of 2021 to spend nine weeks on the chart.

Listen to The Chaos Chapter: FIGHT OR ESCAPE here: